The last few weeks were a lot, so I toned it down a little today. Gotta class it up a little here and there, right? Ha! Anyway, here's what the horses wore this week: 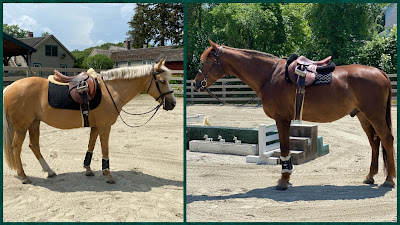 Shiny would definitely be that pony in the model that just refuses to stand up nicely. Eros, however, has the confirmation stance almost down perfectly. 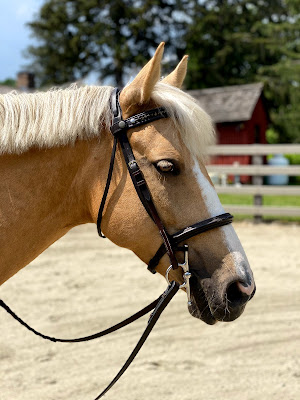 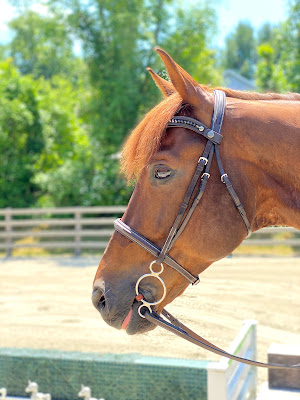 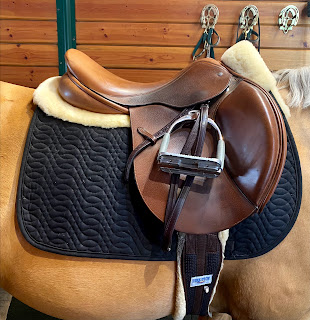 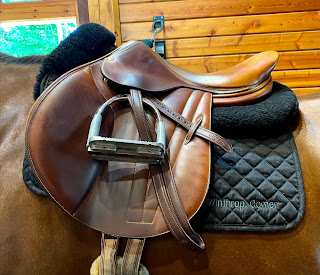 I can't recall the brand on Shiny's pad, which is unfortunate because I really like it. I got it from Ebay awhile back. The pad itself is a little lighter weight than the PEI pads and the Mattes pads, which is nice for this time of year. And the sheepskin part is really nice too. Eros' baby pad was a gift from a very good friend of mine. I like that they are classy black, but still have a little green.
Boots: Shiny-Punk Ponies, Eros-Premier Equine 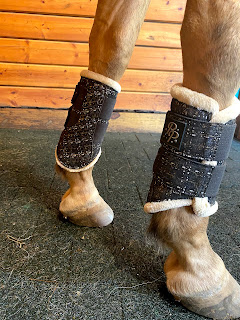 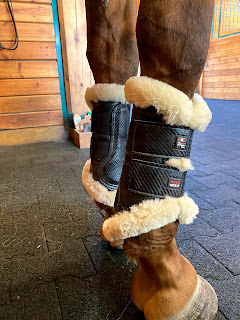 I didn't realize Shiny didn't have any plain black boots until I was trying to dress them this week. She's a little tough to find boots for because often times pony are too small, but then small horse can be too big. It's very hit or miss. The Punk Ponies pony size fits her perfectly though! Eros can be an odd fit also. He has relatively short cannon bones but his legs are wide. So while medium is the perfect height, in some brands they don't fit around. The PEI boots fit him great though in size medium.
Okay, my turn! Here's what I wore: 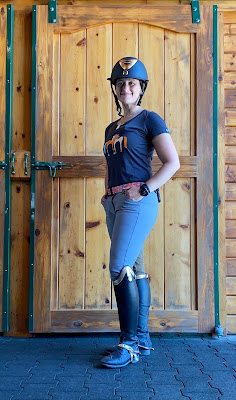 Shades of gray mostly. Muted colors, but still fun! And I added some orange to liven things up.
Helmet: One K CCS MIPS wide brim 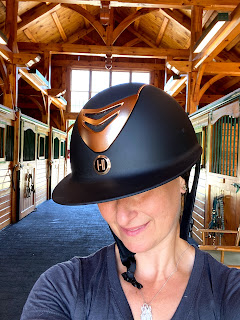 I really like the new wide brim MIPS helmets from One K. You do have to order the rose gold front shield separately if you want it, but it's a small add on charge and I think it was worth it. Love this helmet with my matching boots!
Tee: Mare Goods 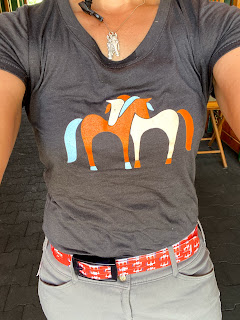 Mare Goods always has the cutest prints! I'm not sure who their artist is, but I just love their artwork. They have some new ones out now too that are adorable. This is an older one though.
Belt: C4 for Mare Goods 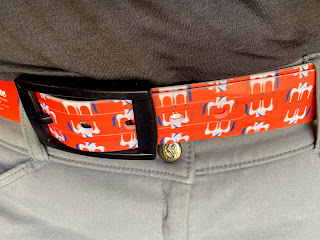 I actually bought this belt to leave in Florida awhile ago, but haven't been back since... might as well wear it! Plus it matches my shirt.
Breeches: Tailored Sportsman 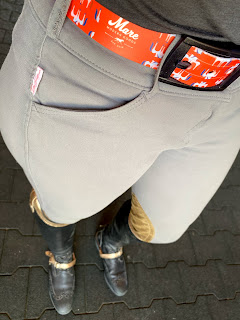 I had some regrets with this breeches choice because they are not ideal 90 degree weather pants. But generally speaking, I do like my TS breeches. They just fit me the best.
Socks: Mare Goods 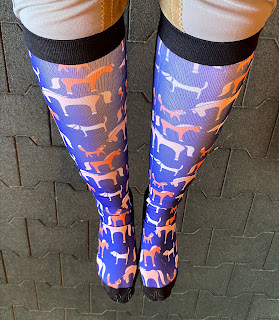 Had to stick with the Mare Goods theme, right?
Boots: Celeris UK 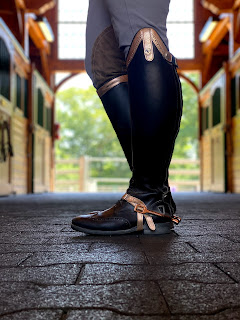 I know you guys have seen these a ton, but now they have a matching helmet so I had to share them together. Plus, they're still so pretty!
That's it for today! Any favorites?
Posted by Stacie Seidman at 9:46 AM