Hey! Thanks for visiting my little spot on the interwebs. Since you took the time to pop over, I'll take the time to warn you about me...I mean, introduce myself. So here it is:
*I'm 40 (!) years old and live in a rural area of southern New England.
*I'm super type A. I REALLY like organizing things. But I hate cleaning. I really really hate cleaning. So it's safe to say I live a really organized yet, dusty existence.
*I sell gloves for a living, among other things. But mostly gloves. I used to work with my family and that was actually awesome. But we sold our company and now I work for a corporation. It's different.
*I have a pug named Pia and she is amazing. Seriously. I'm sure your dog is awesome and all, but P really is one of the best dogs on the planet.

*I also have a pug cross named Artie. He's the sweetest most loving dog ever born. EVER. I recently sent off his DNA and learned that he is a Pug/Corgi mix. I call him a Purgi. 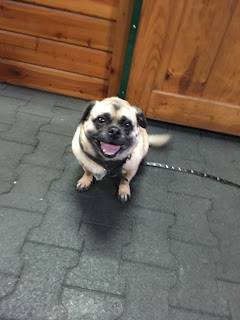 *I have a few hobbies. I shall outline them below (see? Type A):
-HORSEBACK RIDING I ride competitively. Well, I used to anyway. I'm currently in between show horses. As a teen and while in college, I was actually pretty successful. Now I'm happy to survive the horse show and maybe get a good photo. Ahh what comes with age... I had three horses when I started the blog.
Rio was my oldest, and the love of my life. Seriously, if I had to choose between him and a human, it would be him for sure. 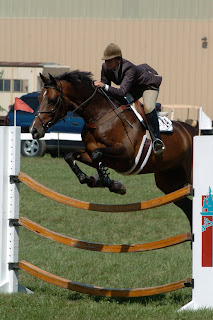 Jamp was my number 2. I haven't had him as long, but he's a pretty great guy! 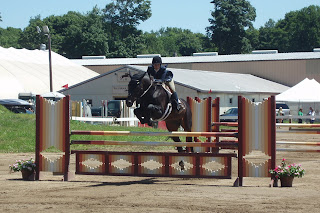 My newest was Badger. He's a dutch warmblood but we think deep down inside he's really a quarter horse. His plan was to grow up to be my amateur owner hunter or maybe derby mount. But that didn't really work out and I sold him to someone else. He IS her amateur owner horse. So it wasn't a total fail. 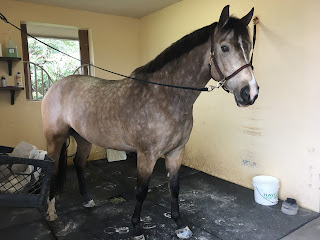 Currently I have a jumper named Pammon who injured himself three months after I got him. A year later we're still rehabbing. Despite that rough start, he's the sweetest dude, and I can't wait to actually get going with him. 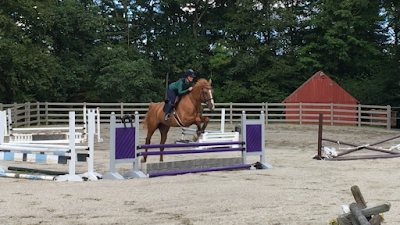 I also have Shiny. She's seven and while I have no career path in mind for her, she's super fun to have around. I bought her off a video and it's the best bad decision I've ever made! 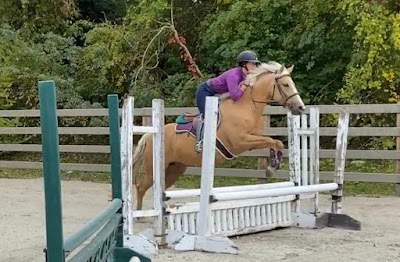 Lastly, I share Eros with my stepmom. He also got hurt last year and is living the rehab life, so I kind of stole him for my own this year. He's doing great and I'm also excited to get going with him again. 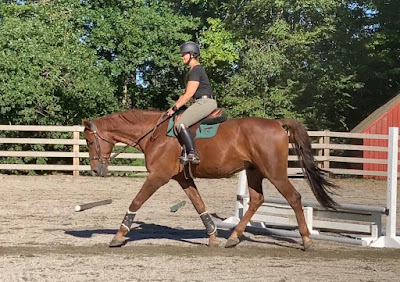 -RUNNING When I was 29, it was suddenly not so easy to lose the "winter weight" that lodges itself on those of us living in cold climates between November and March. Like really not easy. So I started running. I'm pretty slow. And I mostly hate it. There is much whining while I'm doing it. But it burns a lot of calories, and I have some really fantastic running buddies, both new and old, who make it seem fun sometimes. I've completed 6 half marathons so far, and imagine I'll be talked into some others in the future (ahhh peer pressure...) Lol.... update... Probably no more halfs for me. But I do randomly run a 5K here and there. 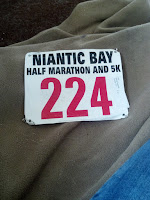 -NAIL ART I like to paint my nails. When I was 7 or 8 I used to paint them with crazy things like stripes and dots and lines and whatever. Then when I was a little older, I started painting little scenes on one of them. A horse in a field, a person sunbathing at the beach... all very impressive. And then I stopped because I was busy. More recently I've attempted to start doing fun nails again. So we'll see if I stick with it. But it's cute and creative, and not expensive. **update** I have not stuck with this, but I'm sure I will again at some point. Update: I don't really do this anymore... but I should!

-JEWELRY MAKING More specifically bracelets. Occasionally I'll make a necklace or something, but mostly just bracelets. It's fun and creative, and I can do it sitting in front of the tv. Win-win! Plus I save money by not spending 8 times as much on something I can do myself. 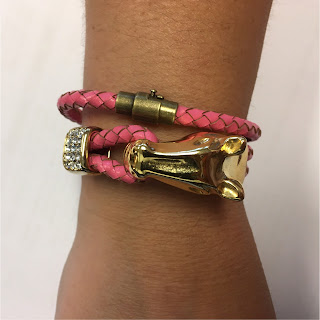 -SHOPPING (for items on sale...) This maybe isn't a hobby. But I really enjoy it. I love new stuff. Yes, I'm a little vain, and that's totally stereotypical. But whatever. I'm also cheap and Jewish, so there ya go. As of late, I enjoy buying ridiculous custom riding boots and matching ridiculous outfits for the equine... and occasionally for the pups too!

-BOOT COLLECTING Ok... maybe that's not a real hobby. But over the last few years I've bought a lot of riding boots. And they are amazing.
So that's me, somewhat in a nutshell! 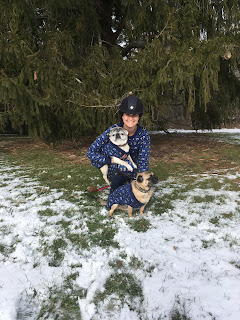