Happy Outfit day! After last week's winter like temps, it's warming up again here in New England this week. It was in the 60's yesterday though there was a bit of a cold breeze. I'll take it! So here's what Eros and I wore: 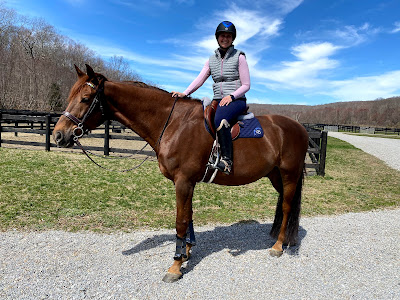 What a day right?! Look at that blue sky! 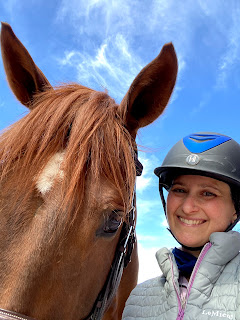 So... the big impetus for my tack sale was two fold. The obvious was to move out all the stuff taking up space that I'm not using. The second part though was that One K has the wide brim out with MIPS now and I want one. Actually... I kinda want a couple. I want a black one with rose gold. And I might want a navy one. I was thinking about the gray, but I have the gray One K without MIPS that is still good. So I'll hold off there. 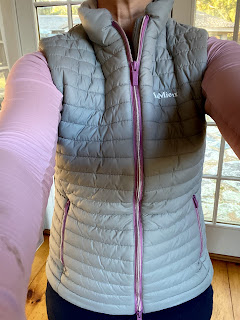 I snagged the Le Mieux vest at the end of the season I think two years ago? It got buried in a messy closet since I bought it out of season, but when I started cleaning things out during quarantine I found it again. It's perfect for this time of year because it's lightweight, but still warm. The sunshirt was also a closeout find awhile back. I love the color, but it's not great in the barn, It definitely has plenty of stains on it... 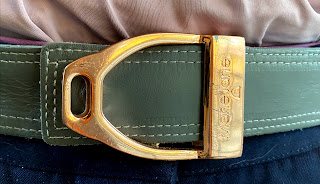 Went with gray and rosegold this time. It looked great with the color scheme!
Breeches: Dover Wellesley 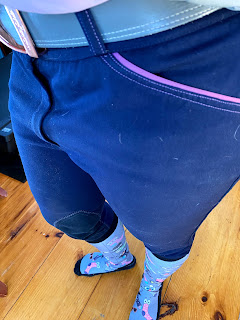 Big fan of the Wellesley breeches! I keep checking back for new colors but they're a little slow with that.
Socks: Dreamers and Schemers 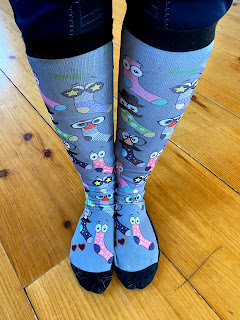 These were free! D&S was (maybe still is) doing a fun promotion where you'd get one free sock when you bought a pair. The free one was meant to be a spare, and had fun missing sock themes. If you buy enough socks, you'll probably end up with a pair of spares which is what these are.
Boots: Celeris UK 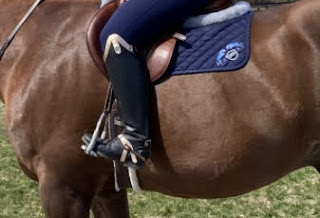 Yep, still wearing these... I did replace my navy De Niro's but I haven't had the motivation to break them in yet. Soon! (Also, I still have the old pair for sale if anyone wears a 6 wide...)
Saddle: Butet
Baby Pad: Smartpak
Half Pad: Kavalkade 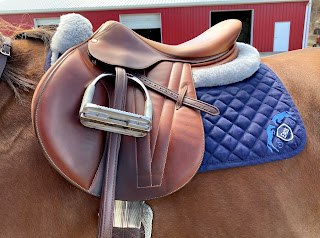 The pad does fit my saddle, it had slipped back a little during my ride though. I took pics post ride this time.
Boots: HKM 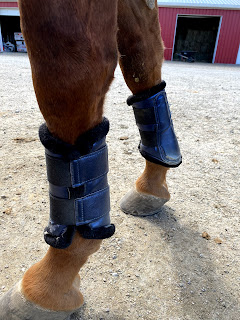 Yep, still have these. I figure I'll finally toss them when we pack to move home at the end of the month. They're definitely ready to retire.
And that's it for this week! Any favorites?
Posted by Stacie Seidman at 9:39 AM