We've been plugging along over here, trying to keep the horses fit and working despite the heat and humidity. We had a break in the high temps yesterday (stayed mid 80's) but the smoke from the west coast fires had found it's way here to the east coast, and I found the air a little hard to breath in. Nonetheless, we've been riding everyday, just not for too long. Short and sweet is the name of the game!

I sometimes worry that my short rides aren't good for the horses and they won't keep their fitness. But then I remember that we jump 2'3" to 2'6" hunter courses, not the 1.4M. These horses won't be any worse for the wear if they're less fit for a month or so in the middle of summer.

Eros got both of his jump schools in this week, and was a solid citizen both days. 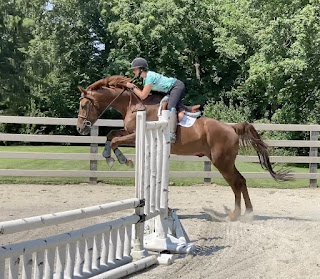 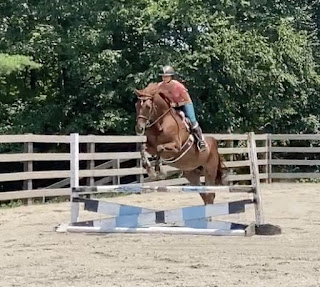 Shiny only had one jump day this week, as I ran out of time to ride her on Wednesday which just messed up the schedule for the week. She's really been great though, and a missed jump day really isn't the end of the world for her. Though she does prefer jumping days to flat only days. 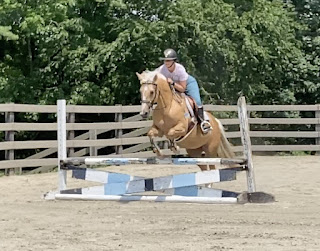 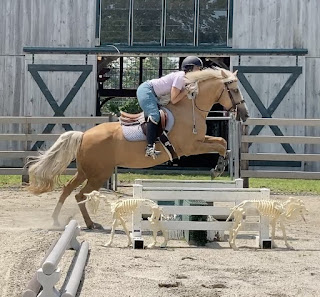 I finally got to put some braids on a horse this weekend! I haven't had any braiding jobs in a few weeks, so it was nice to get back to that. The horse was very polite, though, as mentioned yesterday, I got eaten alive by bugs! 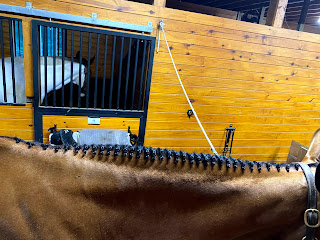 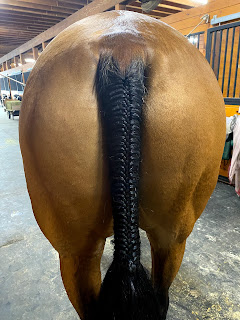 And in other news, the fruit around the farm is starting to ripen, so that's always a fun time of year! 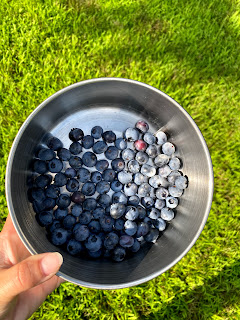 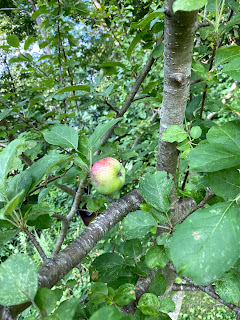 True story though, I ate all of those blueberries before I even got them inside to wash. I'm an animal I swear. They were delicious though! And this is the first year my apple tree has had fruit! I think there are only 4 or 5 apples on it, so I'm just hoping at least one makes it to harvest time. The other tree doesn't have any apples still. Hopefully next year they will both produce! I've had these trees for five or six years now, so I'm pretty excited for apples finally!
That's about it from here. How are things in your neck of the woods?
Posted by Stacie Seidman at 10:01 AM