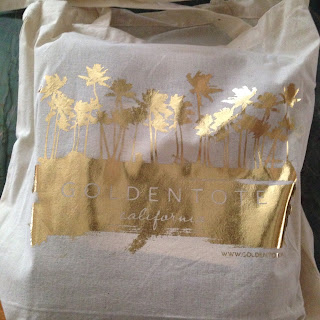 **Disclaimer: container referral links... Should you follow my links and purchase from Golden Tote, I'll get something pretty in return (eventually, if enough of you try it out)!**

Since I'm a shop-a-holic, I finally decided to give Golden Tote a try. What is it you ask? Golden Tote is an online store with a twist. You purchase either a large or small tote for either $149 or $49 respectively. Once you choose which size tote you'd like, you get to pick 2 items for the large, or 1 item for the small. A stylist at Golden Tote will surprise you with the rest of your items. The large tote will have 5-6 additional things, and the small with have 1-2. You fill out a very in depth survey about your likes and dislikes and your stylist uses those answers to curate your tote. Obviously due to my shopping problem and need to get the best deal, I opted for the large tote.
Important to note, Golden Tote is all or nothing. So if you don't like an item in your tote, you have to either return the whole thing or keep it all. There is a trading group on Facebook though, so you can probably re-home what you don't like and get something better in return. Just takes some extra effort. Or you could just donate it to a women's shelter and feel good about doing a nice deed!

I chose these two items: 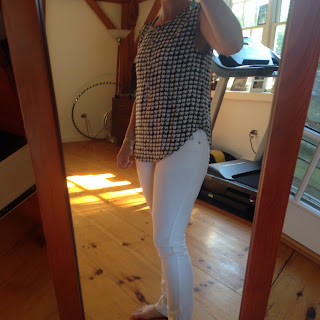 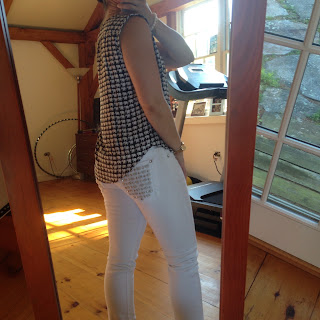 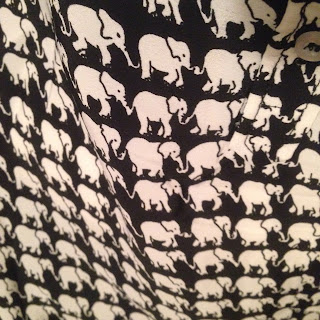 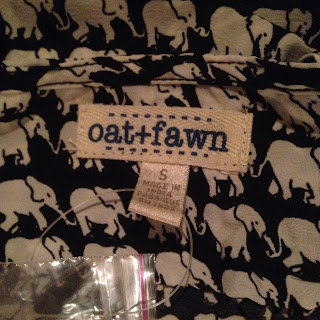 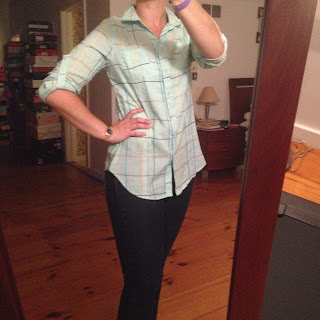 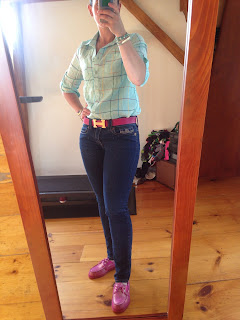 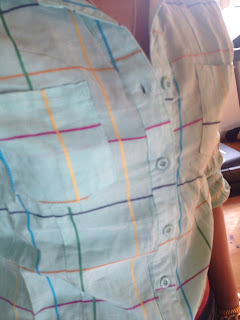 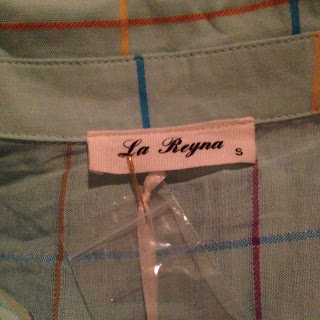 I am completely in love with both of them! So much so that I received this tote on Tuesday night and already wore them both to work. Yay!
Now for the surprises: 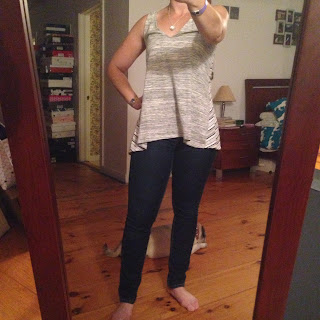 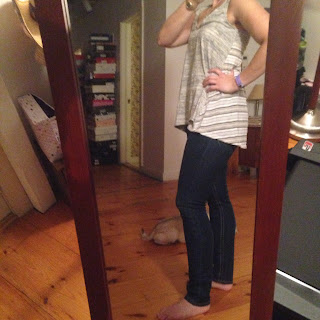 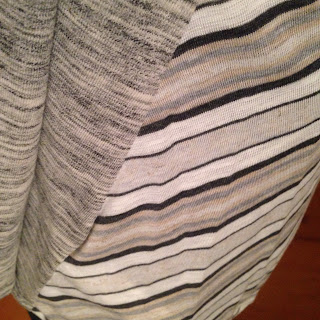 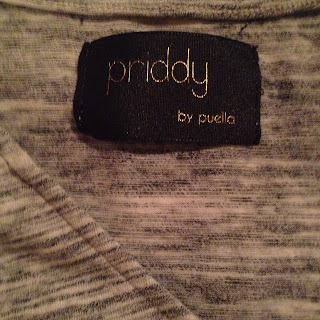 I'm a little undecided about this one. I think I'd like it better if I were taller. Or if it was a touch smaller? I think it makes me look a little like I'm with child? But honestly it's really comfortable, and I bet I'll wear it a whole bunch for that reason alone. Most people got one of these in their tote. There was also another color option, but I like this one best. 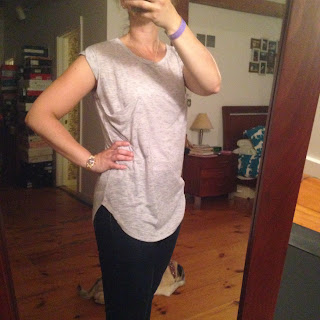 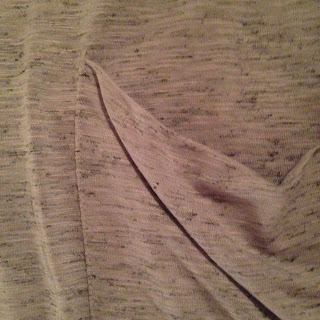 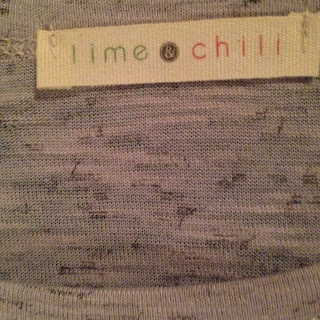 It's hard to see in the photos, but this comfy tee has a slight lavender tint to it. I really like the color. And I like the top itself. It's comfy and casual and perfect for hanging out in the summer! 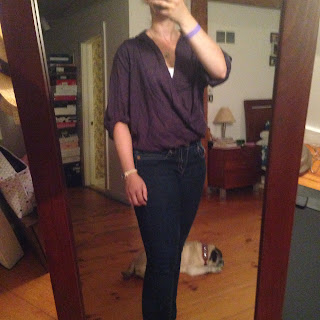 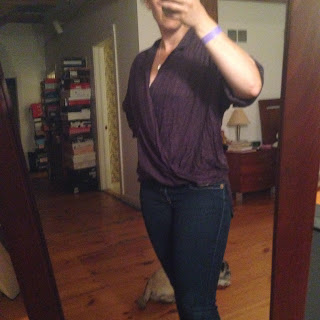 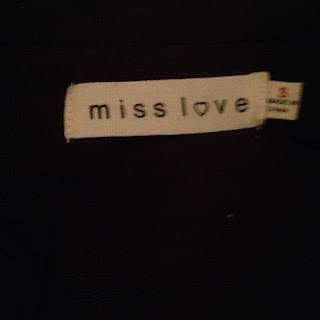 I have mixed feelings here... I actually almost chose one of these tops instead of the button down so I do like the concept. I love the color too, though it's more of a fall tone in my opinion. But what I'm not sure I like is the back of it. The front is short and looks like I've tucked it in, but that's just how it sits. The back however is kind of long. It looks ok tucked in but then it's a little odd being tucked in the back but not the front... I'm not sure. I may try and trade this one. 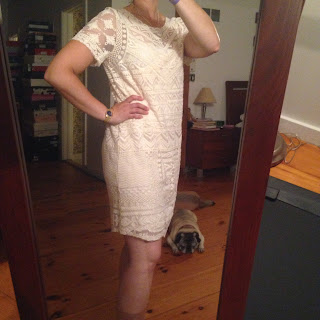 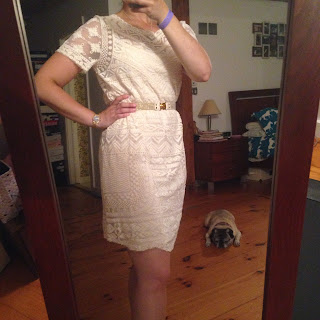 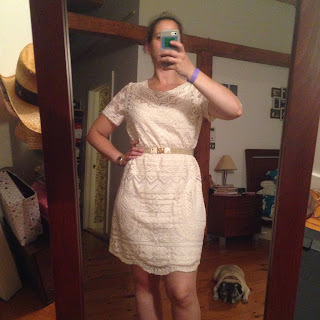 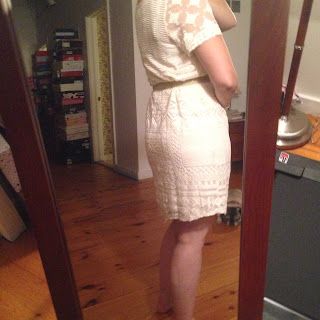 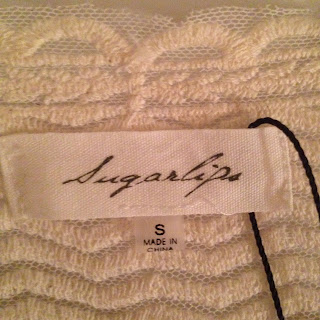 I had many thoughts when I pulled this one out of the tote. First... Oh that looks tiny. Second, it's so pretty! And then third, Will this look like a tent? Thankfully my first thought was wrong. It actually fits PERFECTLY. Second, yes it is pretty. Unfortunately 3rd was also kind of on point. It does look a bit tenty. So I tried to belt it. Which wasn't much better. BUT I think maybe with a different belt it might look better? Or I could just embrace the shift look. OR maybe I'll try and trade it. I really don't hate it. I love the concept, the color, the quality! But I'm not sure the style works that well for me. And I'm also not sure I have anywhere to wear this one.

What are your thoughts? What's your favorite piece? Least favorite? If you're interested in checking out Golden Tote, just click this link and see what it's all about! If you decide to try it, I'll get a little credit from them. So that'd be pretty great!
Posted by Stacie Seidman at 4:24 PM