Happy Wednesday! We've had a few days of rain and ridiculously cold temps, but today is pretty gorgeous... Still a little cool, but not too bad! Life is busy as usual, so let's see what's been up this week!

Horses:
This week wasn't as productive as I'd hoped. It started out ok, but the second half was kind of useless. I planned to jump Jampy a little on Wednesday and then again with the jumps bigger on Saturday. Wednesday went as planned, thankfully. A friend of mine came over and took some pictures for me too! I left the single jumps where they were at about 2'6"- 2'9" but I put the out of the combination up a little to 3'3". Jampy was a very good boy! Here are some photos: 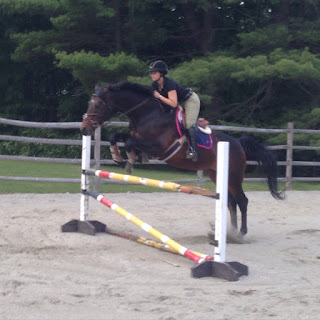 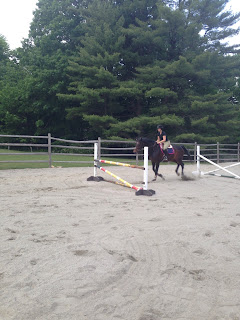 Unfortunately, Saturday was CRAZY windy, and Jamp left his brain somewhere in his stall. When he's in that frame of mind, it's pretty much impossible to get anything accomplished with him. I tried lunging him for a while, and he was better when I got back on, but still distracted. Jumping would leave us both frustrated, so we did some decent flat work and called it a day. We'll try again this week.
Ducky's been a little sassy this week, but still a pretty good boy. I got some cute photos of him too! (And one naughty one.) 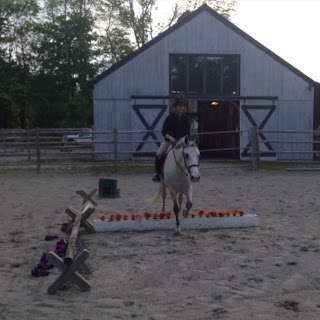 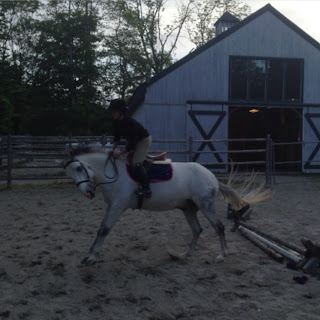 Rio's had a good week too. He's done some lunging, some hanging out, and a lot of grass eating. He also was the biggest complainer about de-worming. 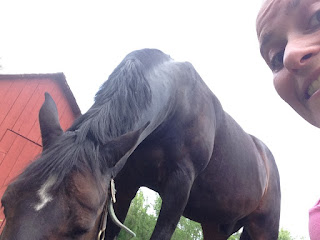 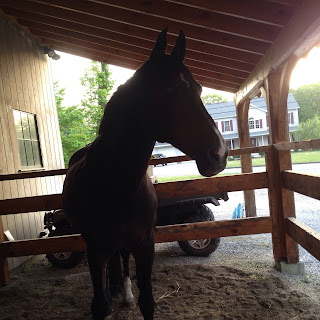 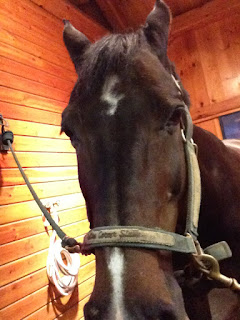 Sunday our "rides" were pretty sad since my legs were all done with life after the half. Monday was a day off for the four-leggeds so yesterday was a flat day. Hopefully we can get a lot accomplished the rest of this week, because Sunday Jampy heads to Saratoga!

Running:
Oh running. How I love to hate you. I guess it was a decent week in running. Albeit ridiculously hard. Vanessa, Pepper, and I met up Thursday for our usual 3 miler. It was fairly uneventful and a lovely morning. 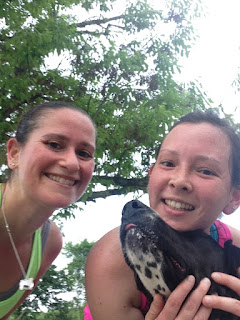 I wanted to get one more short run done on Friday so I could have Saturday off. I procrastinated just long enough that I wasn't sure I could get much done. But I HAD to run something. I decided to hop on the treadmill and run just 2 miles, but try and do it relatively quickly. Goal accomplished! 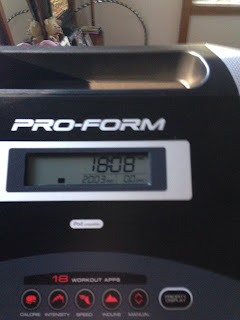 I recapped the half already earlier in the week. It was hard. It was 13.1 miles. There were LOTS of hills. And emotions. I'm glad it's over! Here's another photo from the race of my bestest friend and me as we approached the finish: 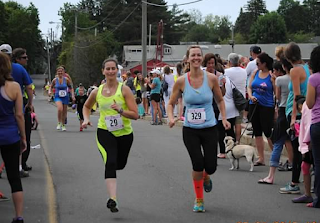 Those are looks of relief my friends. RELIEF! The end was near.

Pugs:
The pugs have been doing what they do best. Embracing the lazy. And bringing me down with them! They're just the best ever. 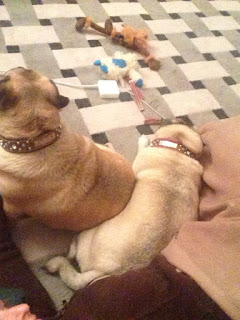 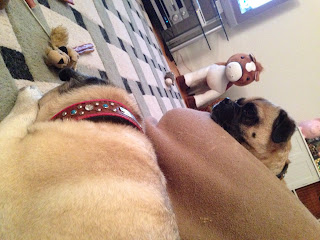 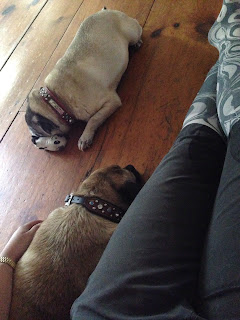 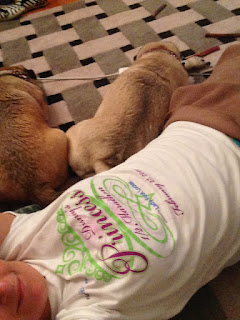 We spend a lot of time on the floor. I should just sell the couch.

Other:
Um... I don't think I did anything at all that wasn't running, riding, or working this week. Even eating and sleeping were pretty limited. I'm super behind on sharing "stuff" on the blog. I need to show you what I got from Nicole's Creations in May, and I have a bridle review/comparison I want to do for my horsey readers.