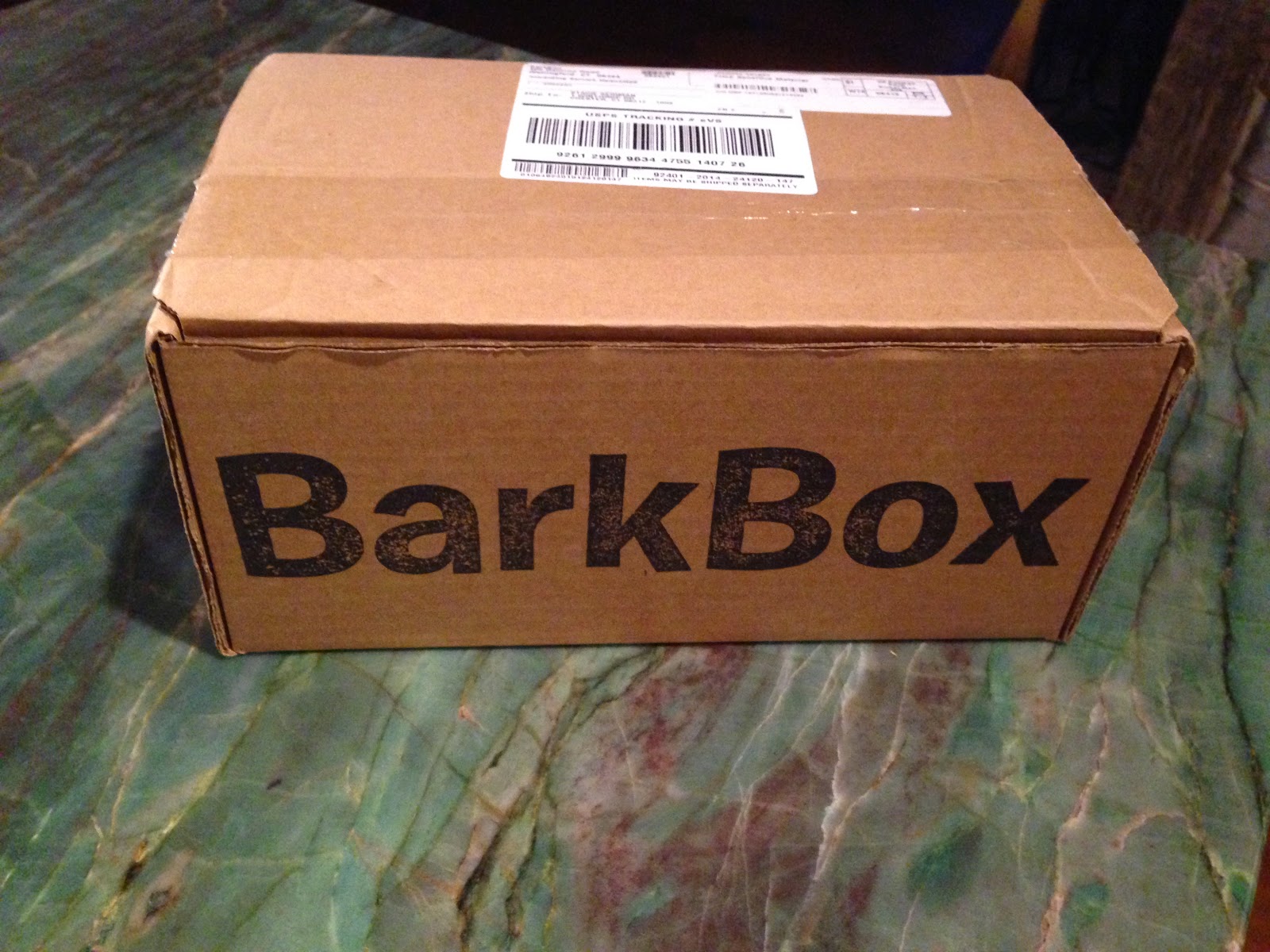 After the May BarkBox, I was emailed a survey which I took. At the end of the survey they had a spot for comments. I mentioned that I had always been reluctant to sign up because one of my pups has some food allergies, but that they had done a great job in sending things she could eat. I meant it in a complimentary manner, but to my surprise this was in my June BarkBox: 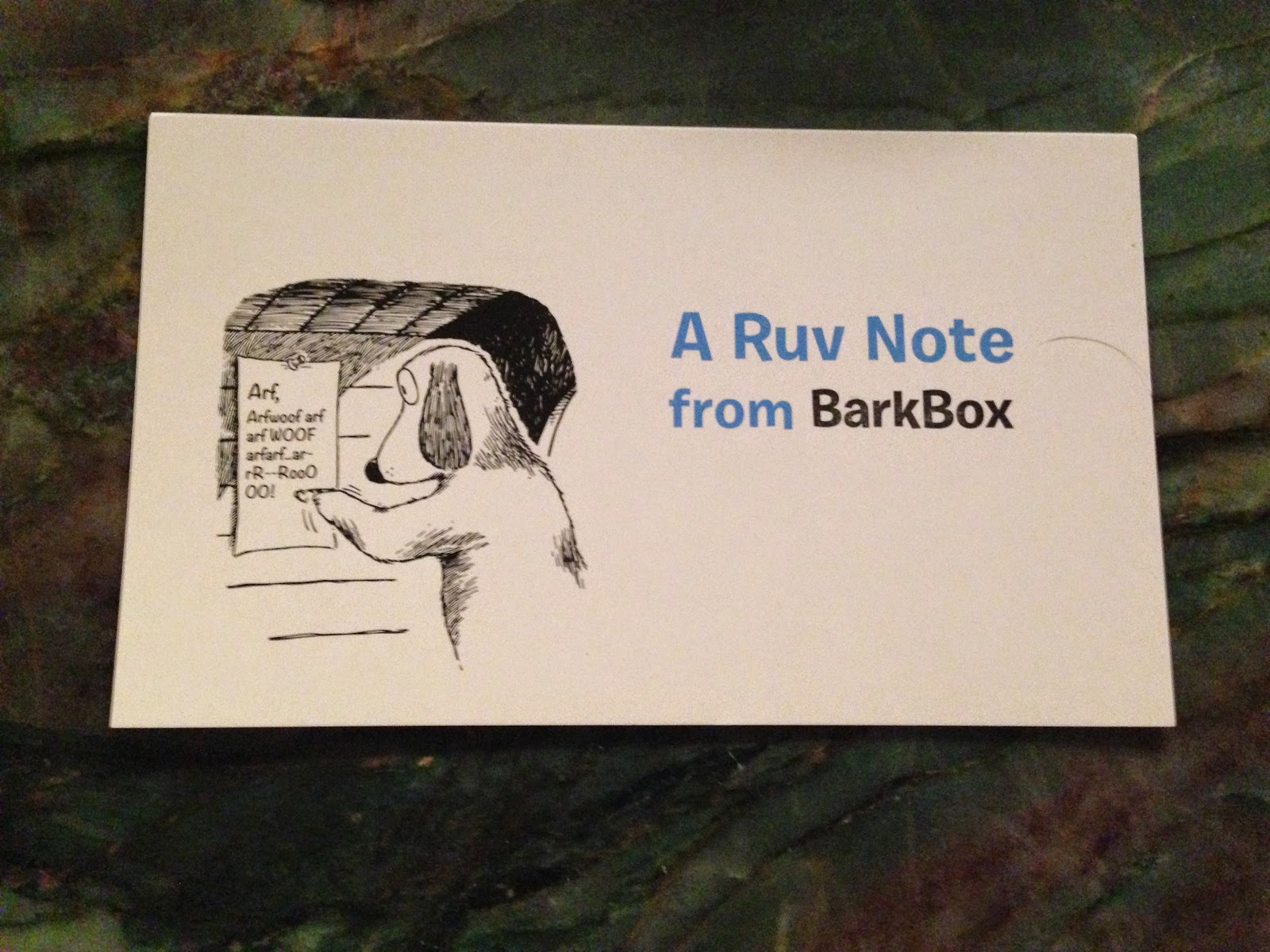 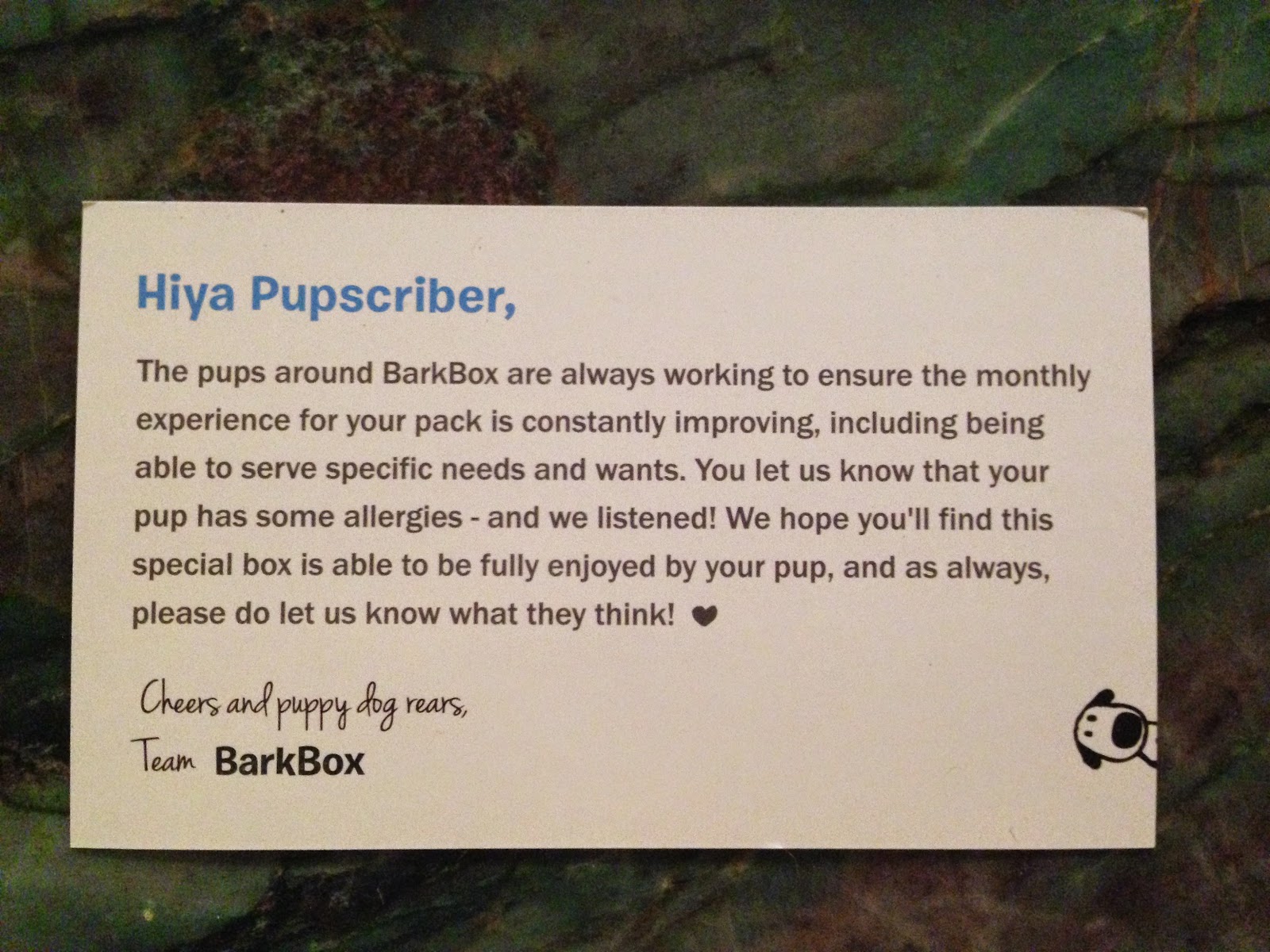 Imagine that?! They not only read those things, but they apply them! Nice work BarkBox!  So here's what we got! 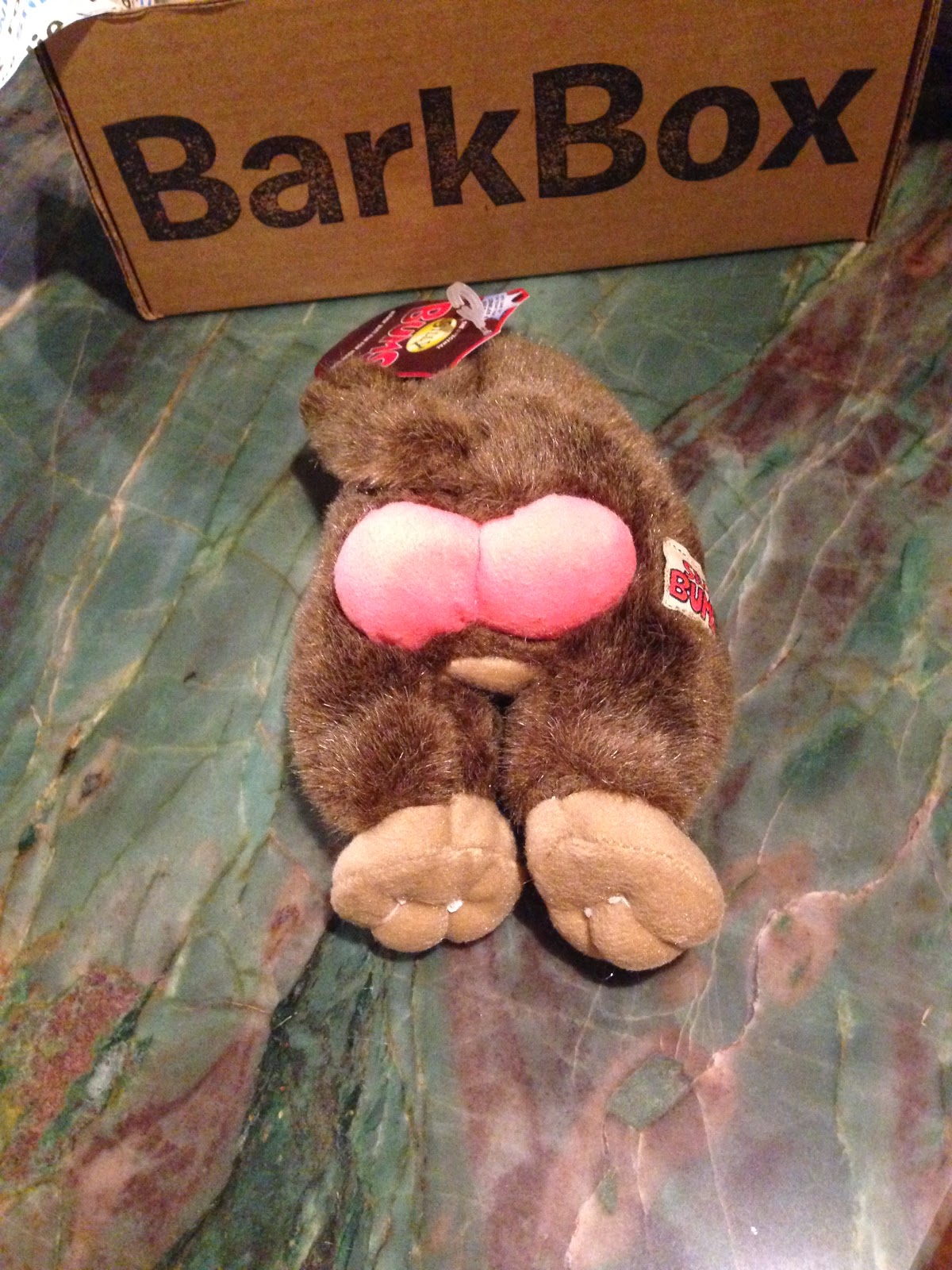 Haha! This is hilarious. It's a monkey butt. It squeaks and crinkles and the dogs love it!
Here's Artie rolling on it: 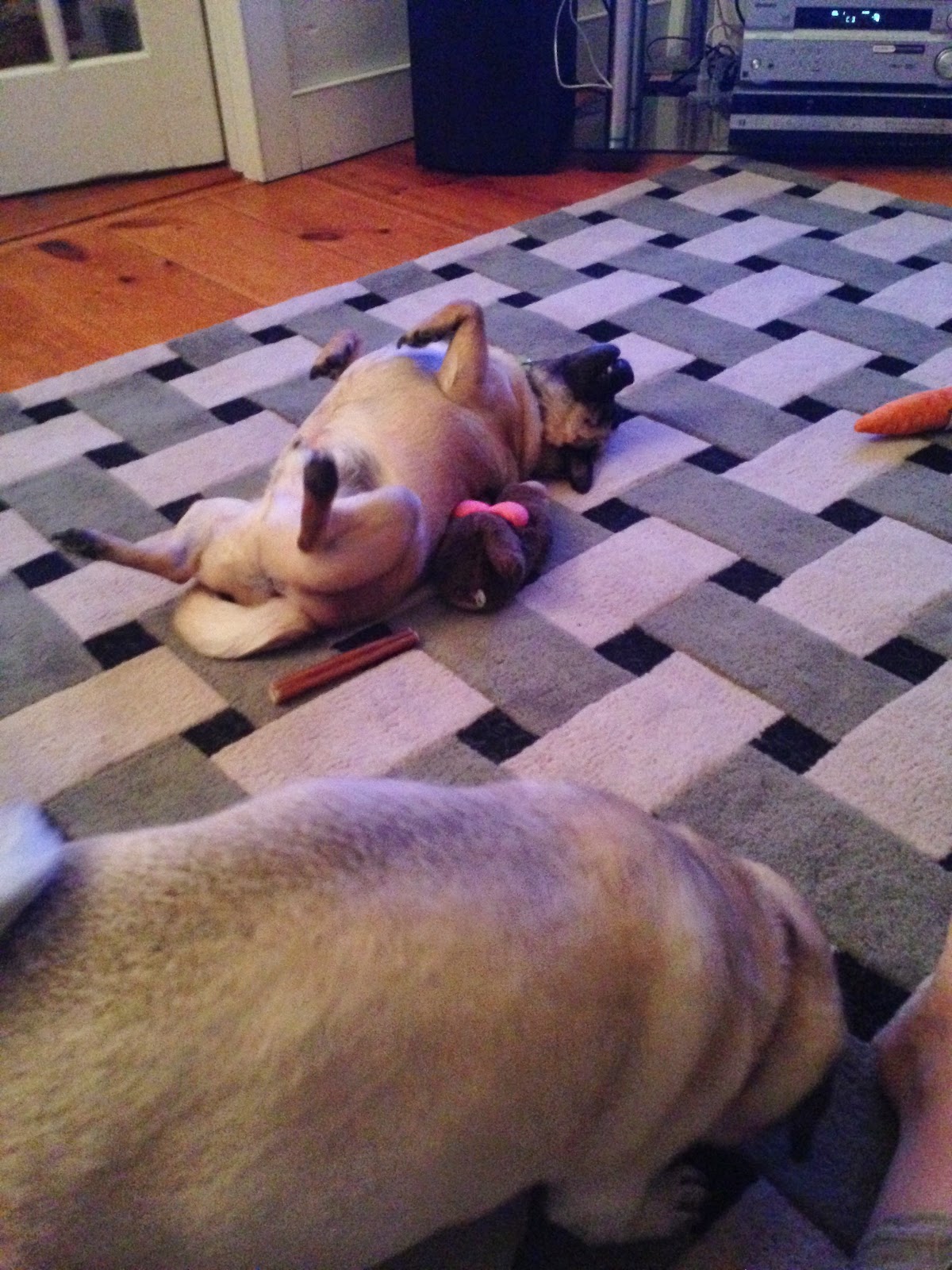 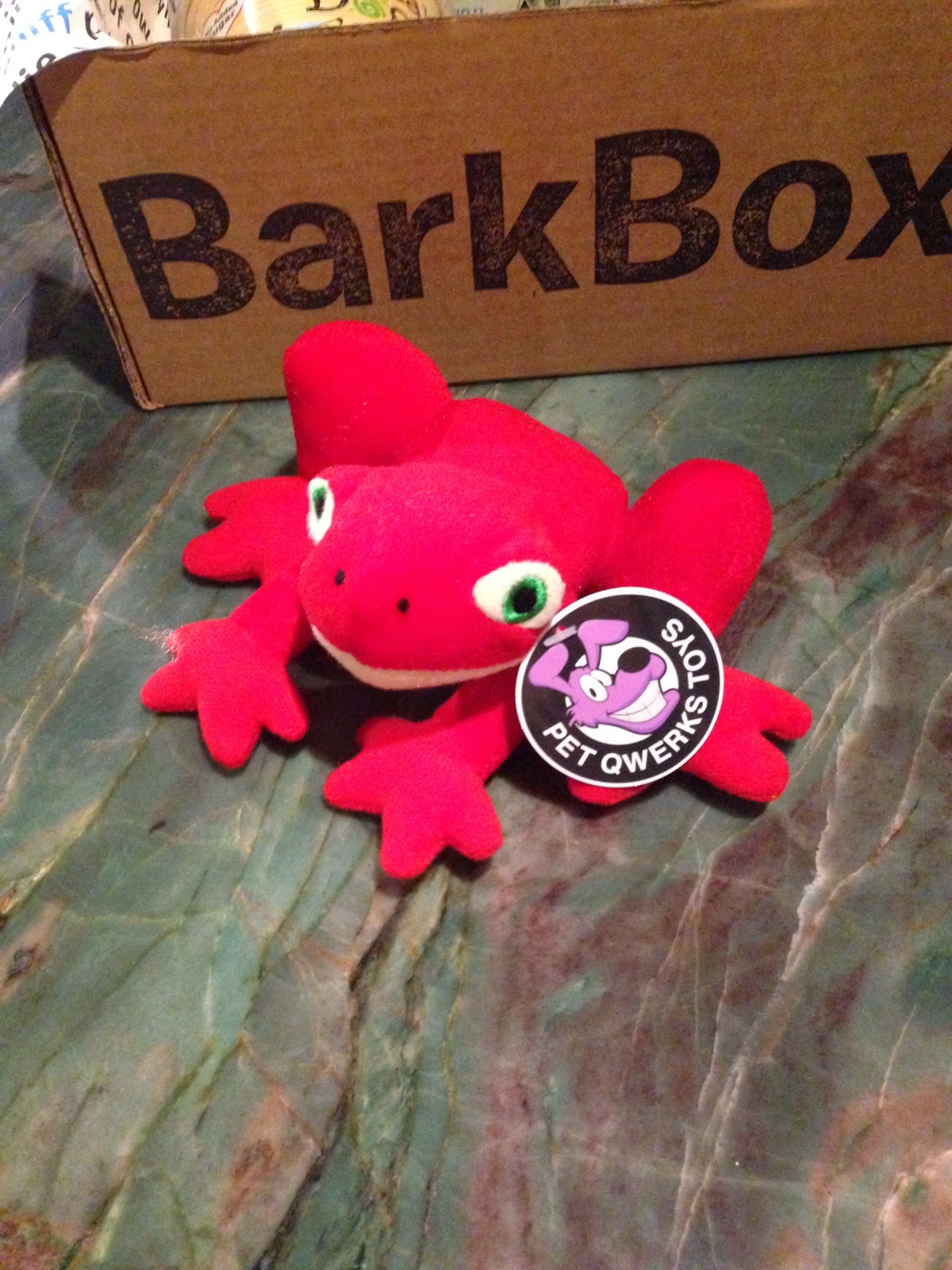 This one's a squeaker, P loves it! 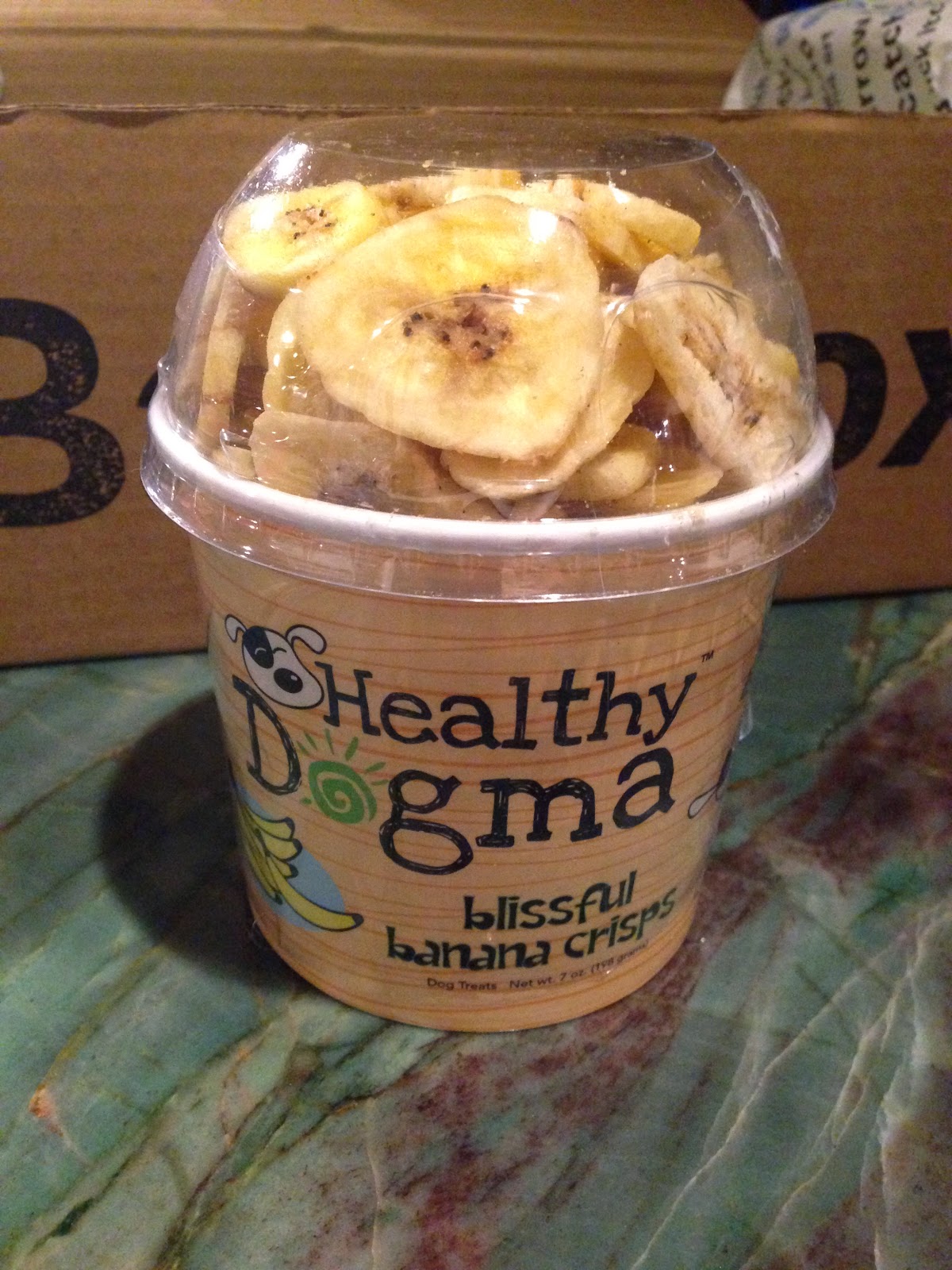 We haven't opened these yet, but I kind of want to eat them myself. They look just like the human version. I'm not entirely sure how they differ....

Hare of the Dog Rabbit Treats: 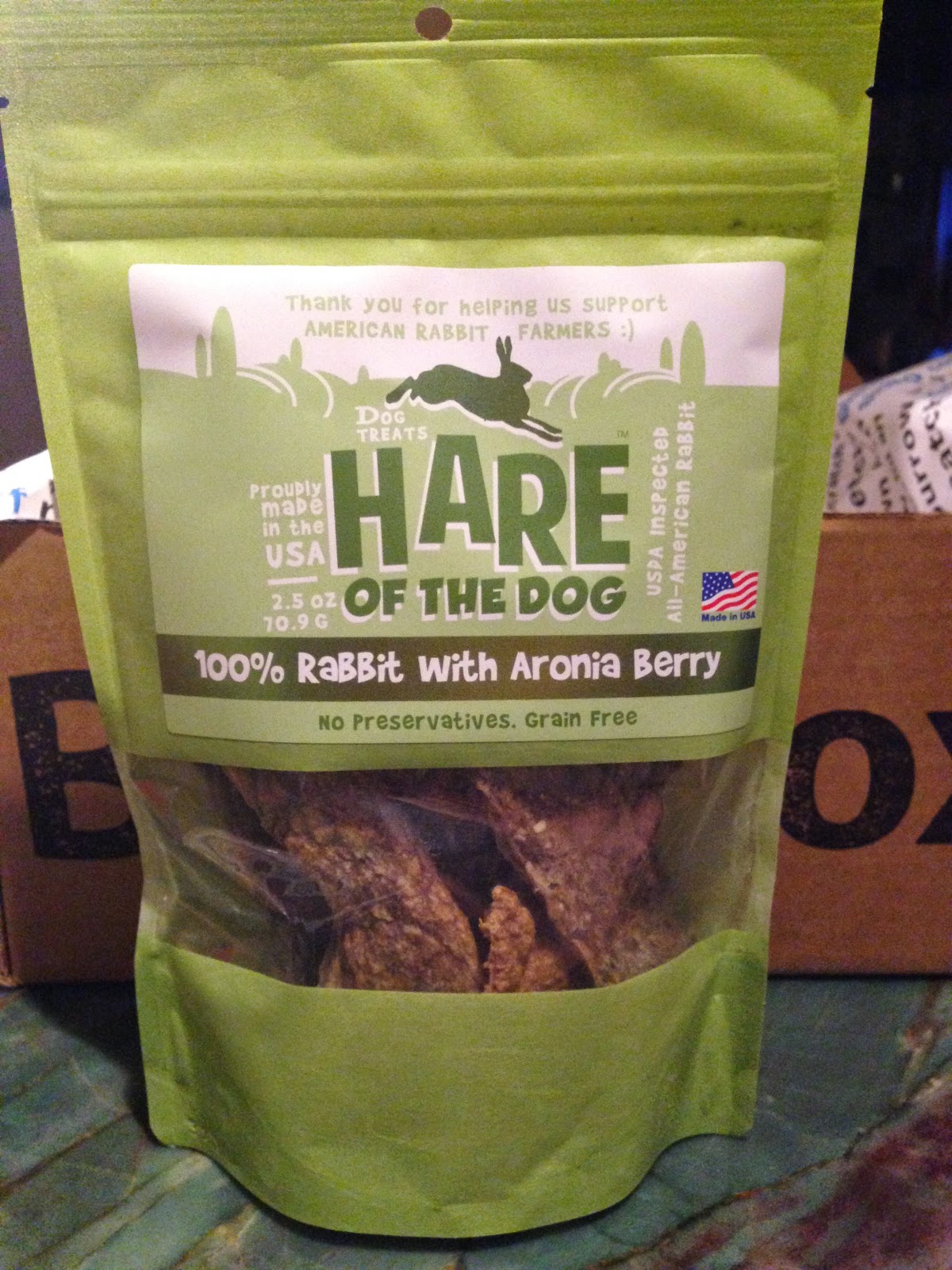 We haven't tried these just yet either, but I can imagine they'll be enjoyed by both kiddos.

Another great Barkbox! I only have a few months left of BarkBox, but I have a feeling we'll be renewing.