Horse Show Weekends are my Favorite


For those of you that don't know, my Alma Mater is Skidmore College. It is located in the quaint little city of Saratoga Springs, home of the historic race track. Every summer in June, they host a horse show that serves as the largest single annual fundraiser of the college. The money raised at the horse show goes toward scholarships for local kids to attend Skidmore. OF COURSE I have to compete at this one!

So last Sunday, as you may recall, I drove Jampy up to the track and left him with my trainer. My plan was to go back up Thursday morning. My estimated time of arrival was around 11 am. I started out on time, but after two hours of driving, I realized my saddle was still at home. UGH! Thankfully I didn't have to show that day, so I turned myself around and went back for it. I finally arrived around 2:30. It had been raining in Saratoga for two days straight and as a result the horse show was already done when I arrived. Fortunately, the rain took a break and I was able to ride for a little bit. Good thing since I hadn't worked a horse since Saturday!
After riding I headed over to campus to make use of the free wifi and work for an hour. 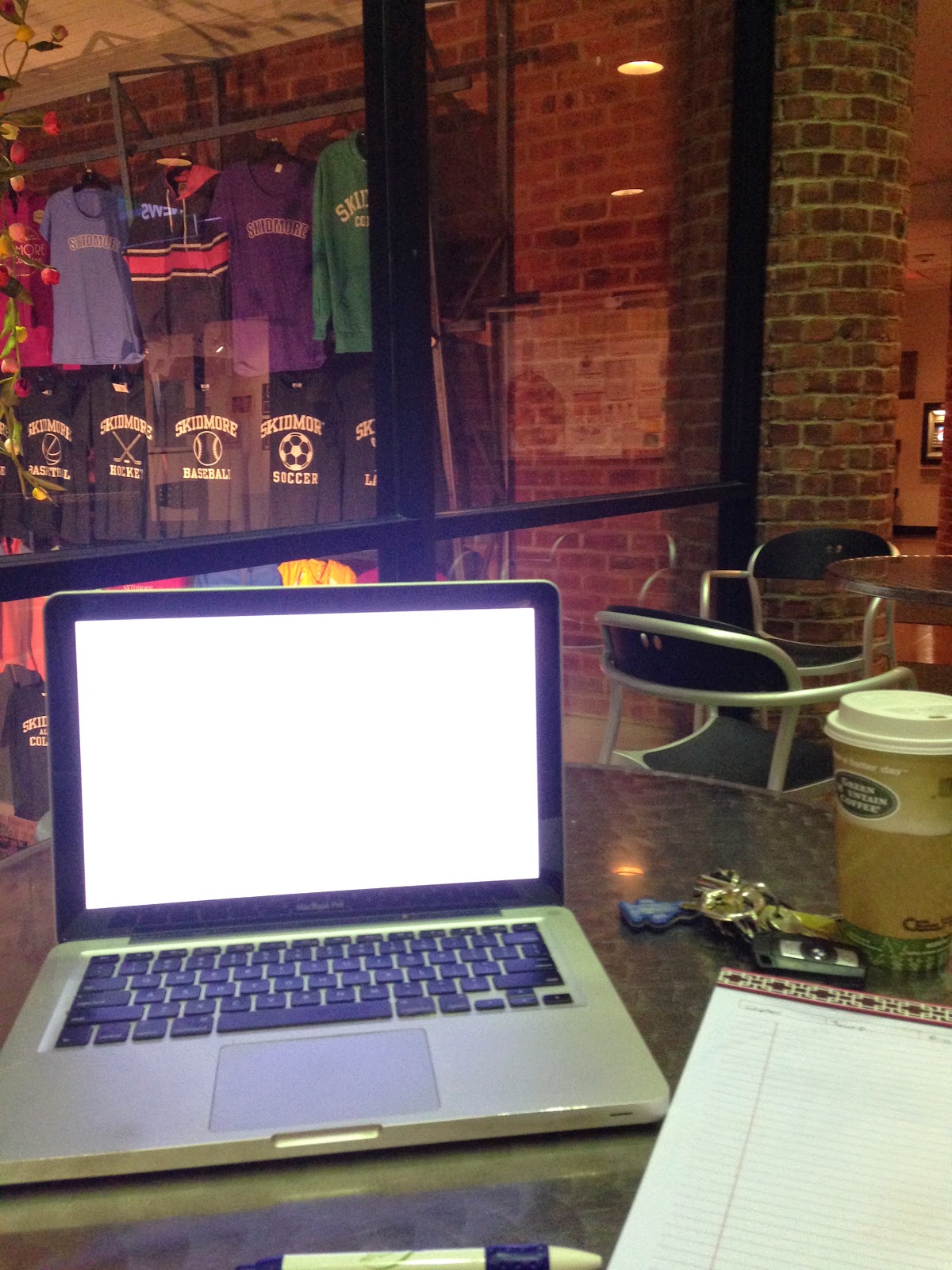 It felt just like old times! I really loved my four years at Skidmore, and every so often, I wish I could go back and do it again! Once I was caught up on work, I headed back to my friend's house where I freeload when visiting Saratoga. I get to play with this guy and his sister while I'm there too:

Due to the schedule changes from the rain, my classes were moved from Friday and Saturday to Saturday and Sunday. So Friday was basically a free day! I slept in (till 7:30!) and then headed over to the horse show to ride Jampy. It was pouring again, so I had to get a little inventive with a place to ride. I found an almost empty shed row to work around that was covered: 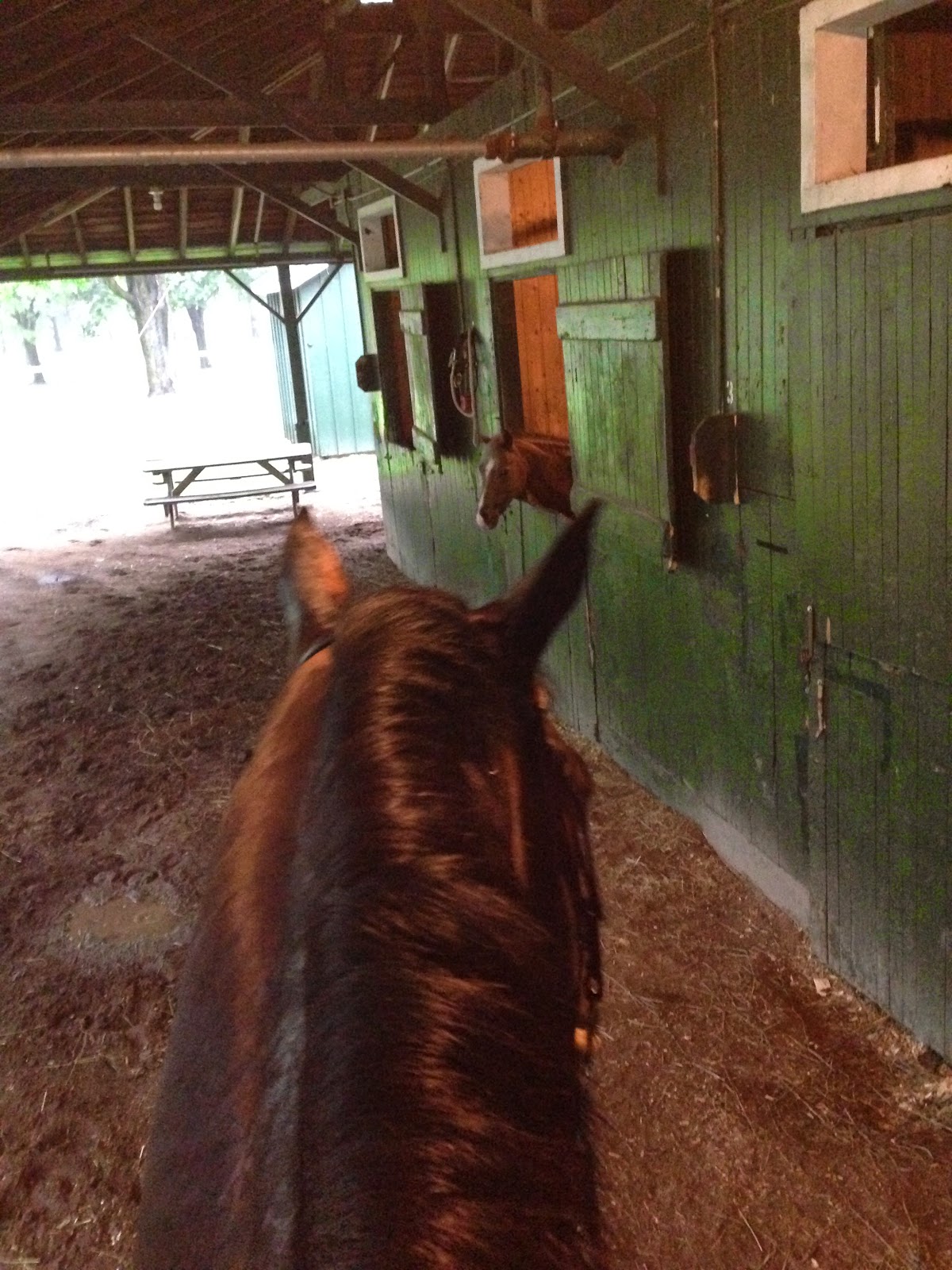 The rest of the day was spent doing some shopping and a little work. Around 3:30 the rain took a break and I brought Jamp out for a snack: 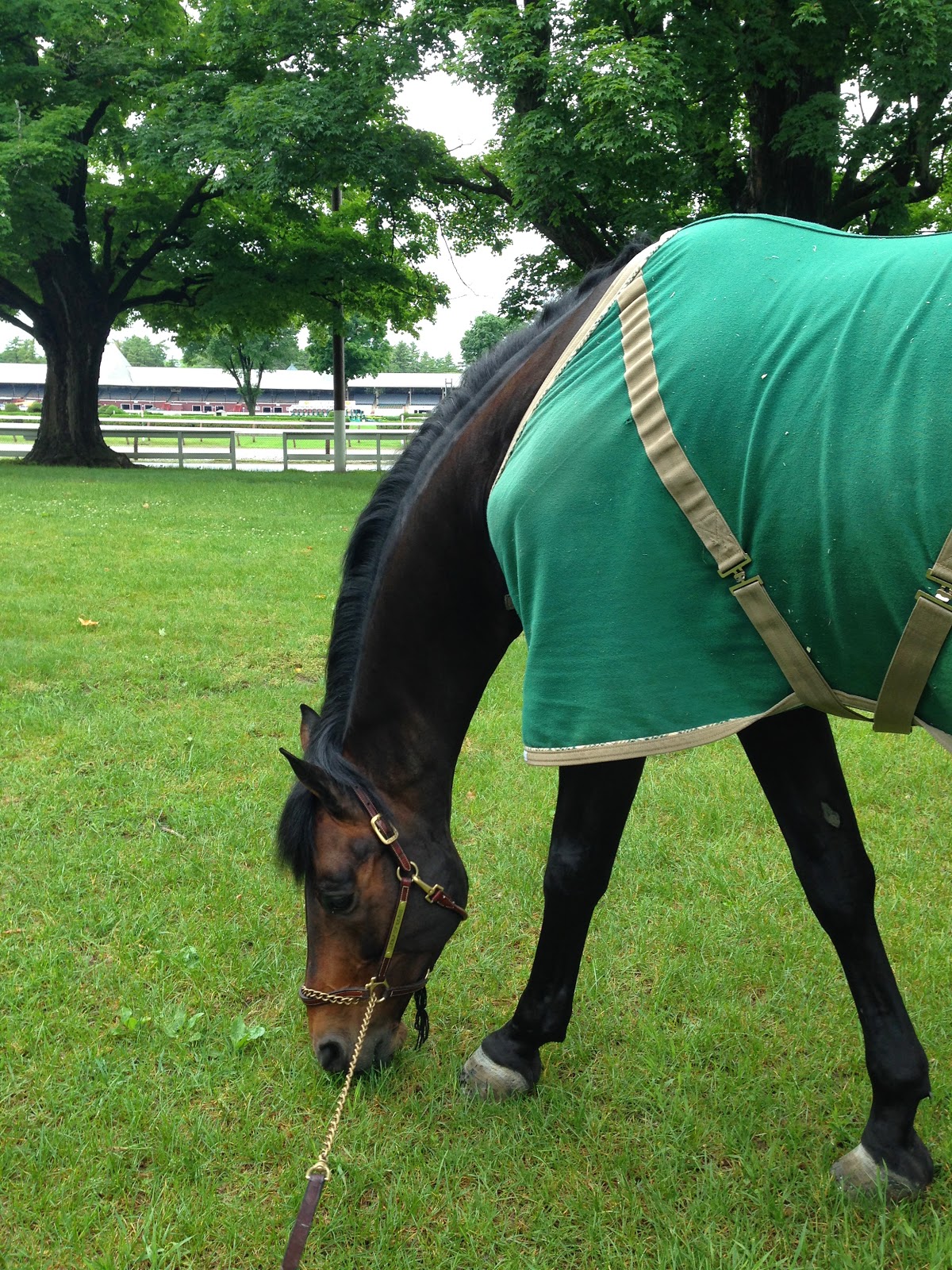 I then went back to my home away from home to get changed for dinner. I was meeting an old friend 6, but wanted to stop in at Flores Gallery to visit with another old friend and see some pretty Thoroughbred themed art. After all that, I had tickets to a show at 8 pm! (Busy day off!) 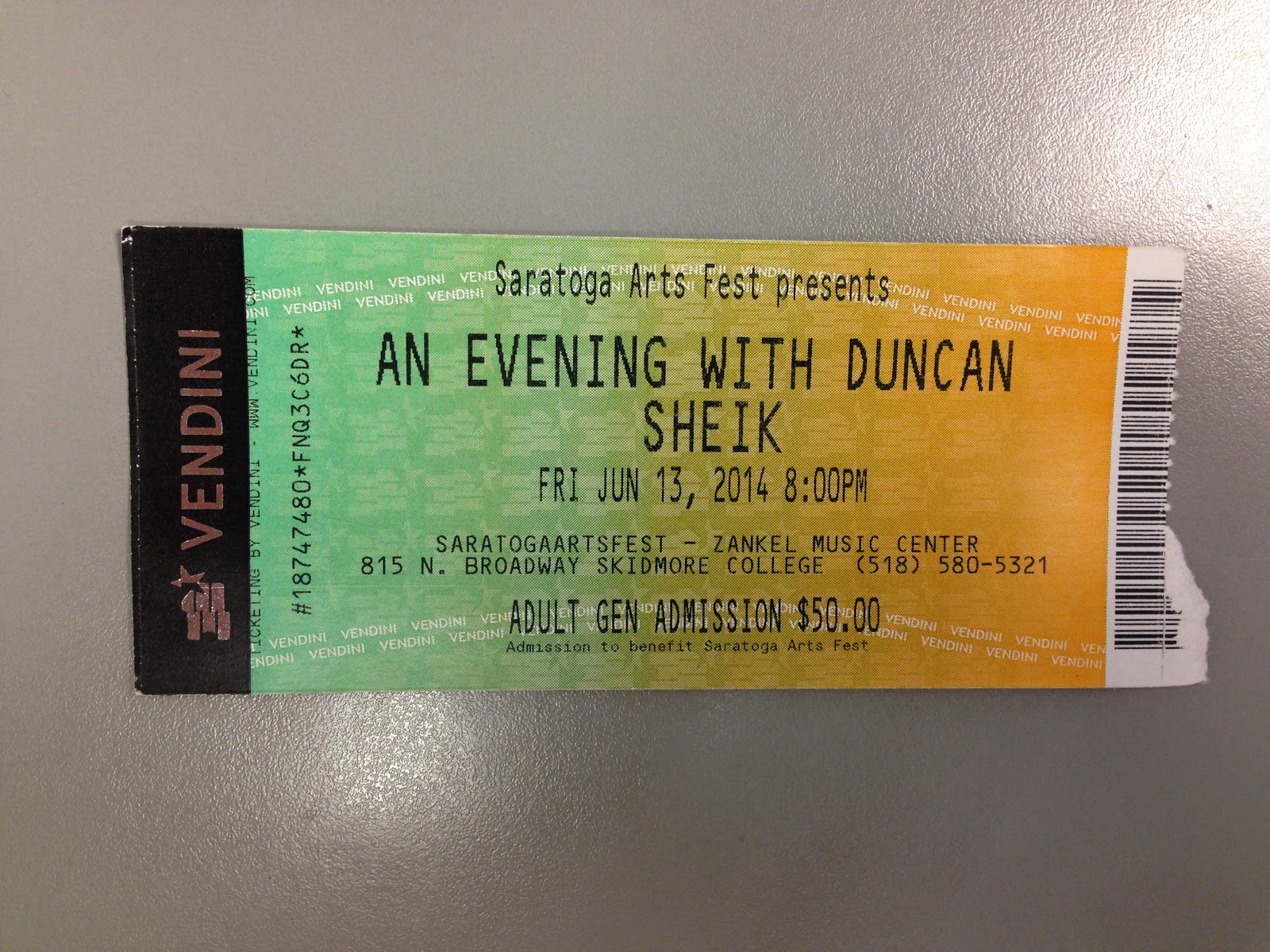 The show was great, though ran a little longer than I'd hoped. I HAD to stay till the end though, as I wanted to hear "Barely Breathing." I knew he would play it for the encore. And he did. And it was fantastic. Brought me right back to high school summers! The Zankel music theater at Skidmore is a fantastic venue. It was built after I graduated so I didn't get to enjoy it as a student, but I think I probably would not have appreciated it as much as I do now anyway. It's a smaller venue, making the event feel very intimate. Not a bad seat in the house! You can read more about it here.

4:30 Saturday morning arrived extra quickly after my late night at the concert. But I was excited to get up and braid Jampy since we were actually getting to show finally! My classes went first thing so I was on by 8 am. He was FANTASTIC! The jumps just kept coming up right out of stride. I couldn't believe how relaxed and easy he was to ride. Unfortunately I don't have photos of us, but you'll have to take my word for how perfect he was. We finished in 5th place in our first class and 3rd for our second, both out of 17 very fancy horses. Good boy Jampy! 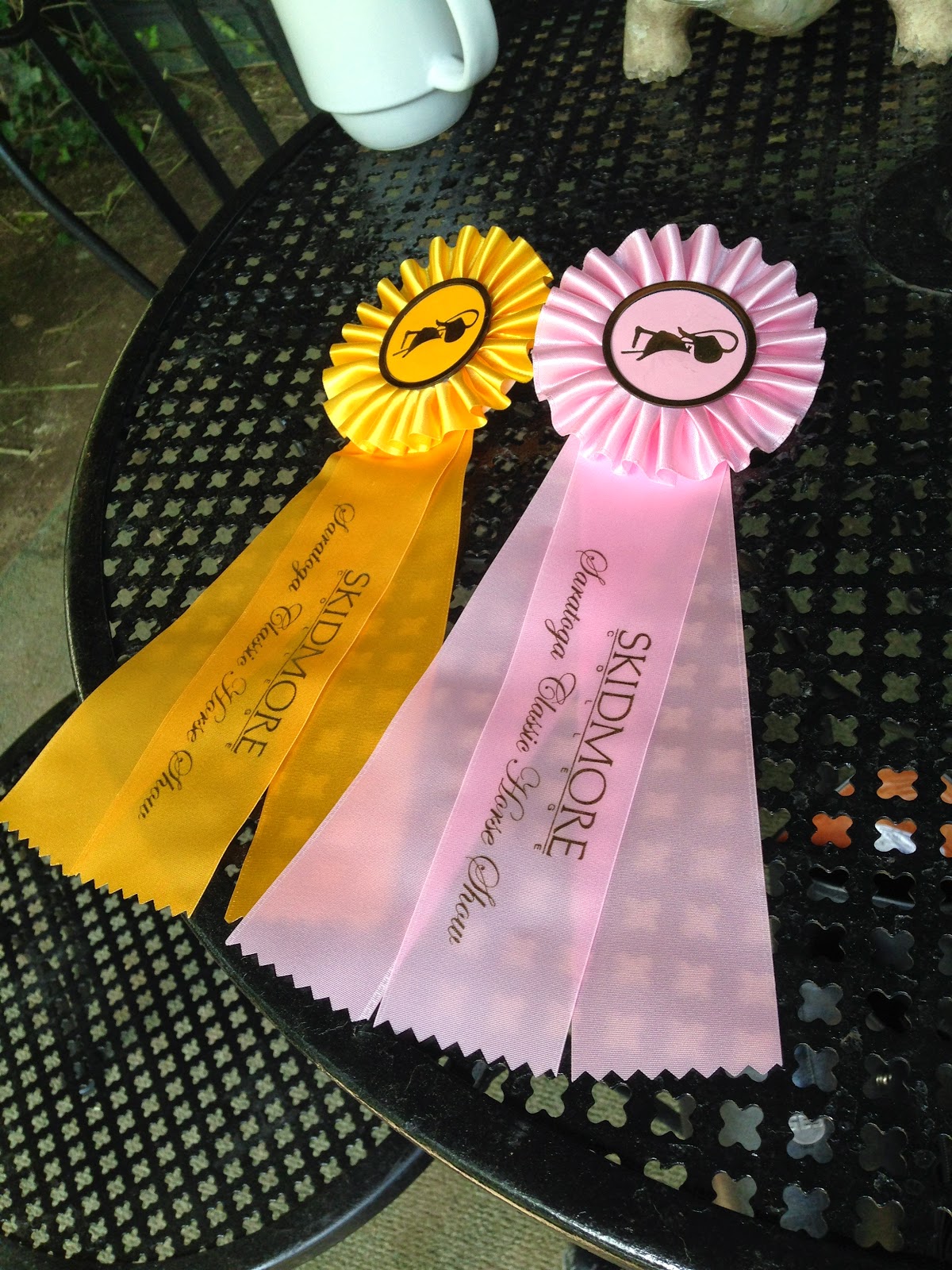 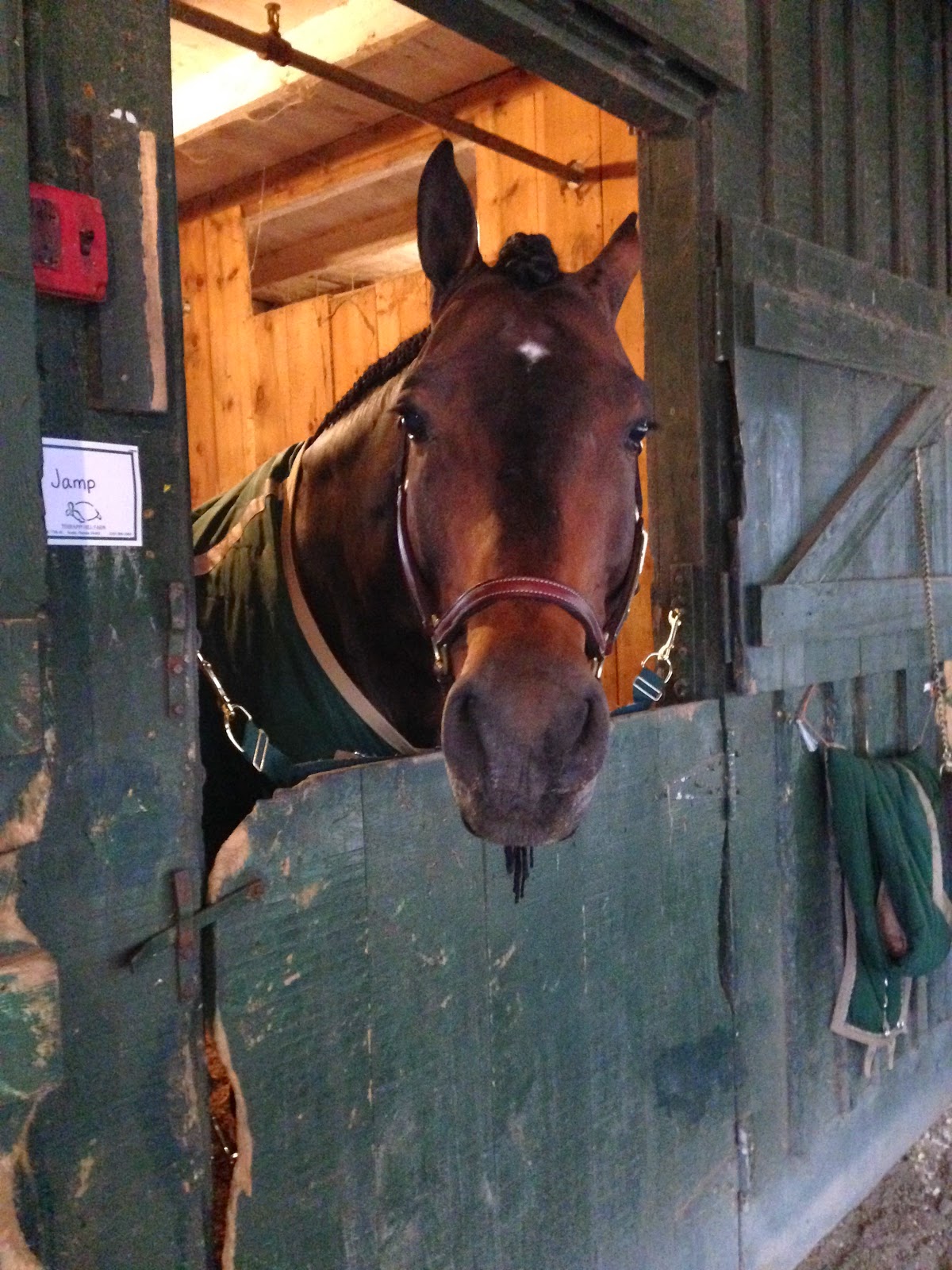 I was happy to be done showing early, so I was able to make it to my friend's baby shower. It was an hour south of the horse show. I only get to see her maybe once a year, so it was perfect timing! AND I even made it back from the shower in time to watch the hunter derby in the evening.That ended a little after 9, so I went straight to bed for another 4:30 am wake up call.

Sunday was slightly less perfect than Saturday, but Jampy was wonderful. No complaints at all! We were less consistent with the jumps coming right out of stride. Which means I had to make adjustments to our pace. When this happens the picture is less smooth. But we still held our own and won two 6th place ribbons. 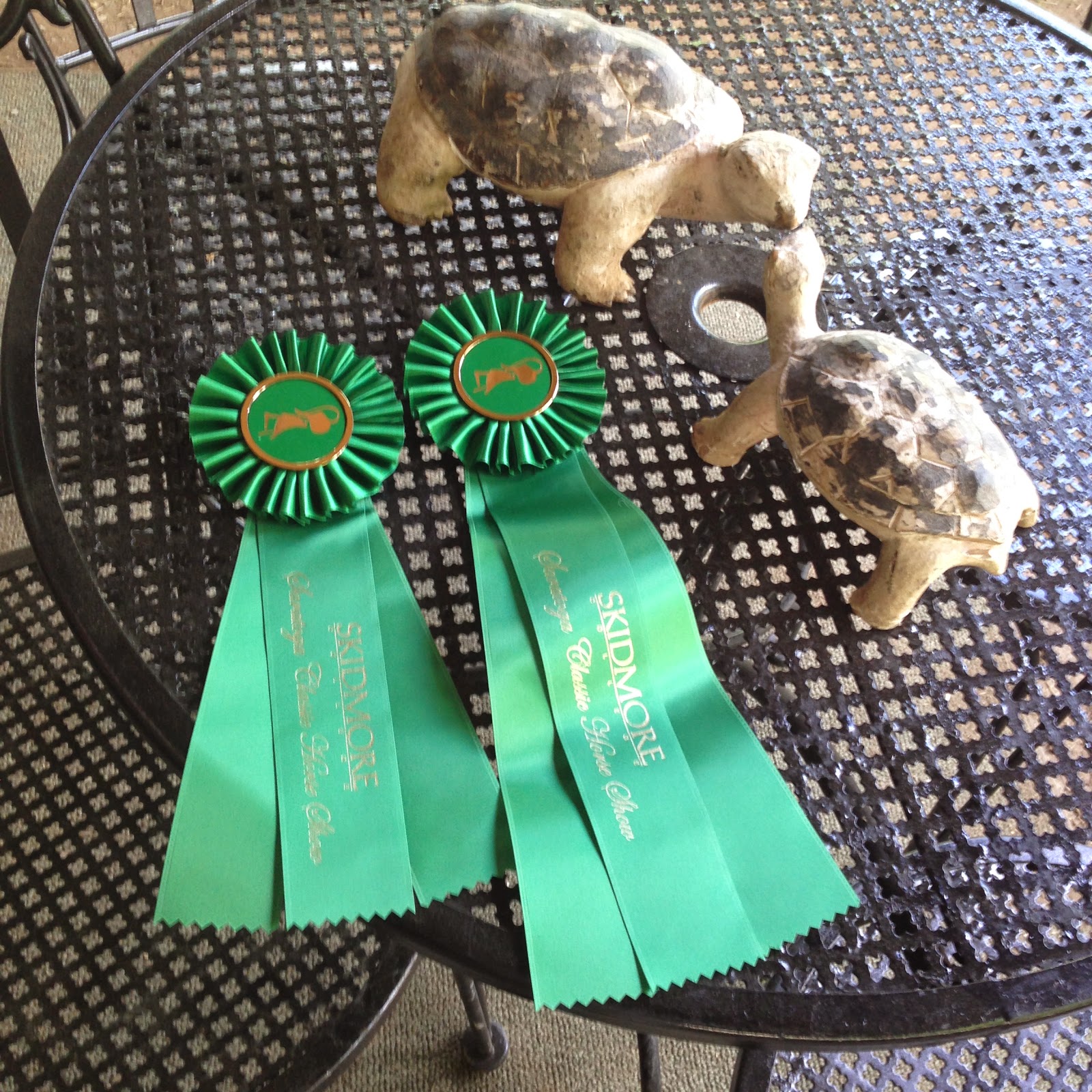 I stayed for a little bit and watched the horse show before heading back home to Rio and Ducky. I fed them dinner, unpacked the car, and picked the Pugs up from their weekend at Grandma's. Thanks to her for taking care of them, AND for having pizza ready when I arrived! How great are moms?! The Pugs were super happy to see me, as was I to see them! We got home and they pretty much passed out while I paid some bills.

I couldn't wait to do the same to be honest. What a long, but fantastic weekend! Did you do anything fun this weekend?

Oh! and I received the photos I bought at the Mystic Horse show two weekends ago. As promised, here they are: