Outfit DAY! I'm still having lots of fun with outfits over here... There's plenty of ridiculous in process too. I'm so weird. But I enjoy my weirdness so here we are. Anyway, here's what we wore this week: 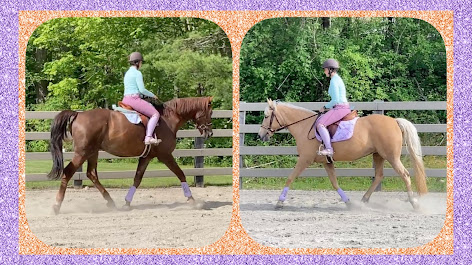 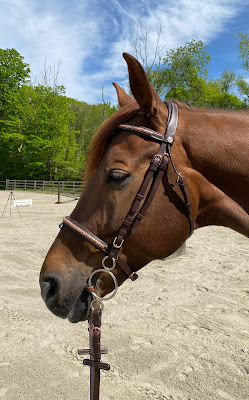 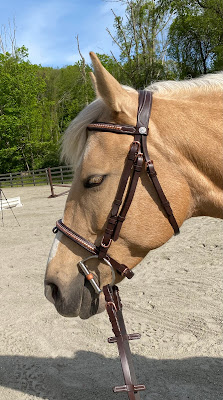 I decided to match to the rose gold on the boots with the bridles today. I was torn between these bridles and the unicorn ones to match the purple, but since these were out in the tack room already I opted for the rose gold. Plus they both look so cute in them!
Boots: Horze 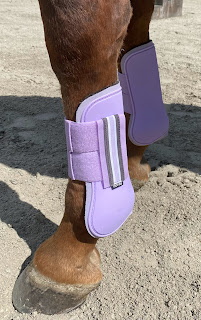 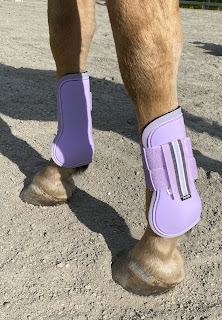 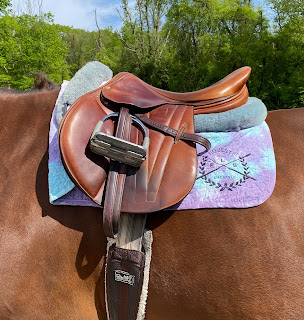 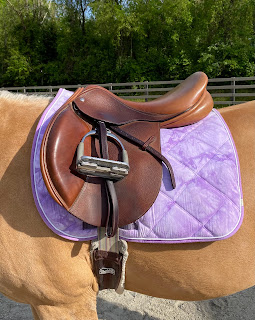 I'm pretty sure Equestri Lifestyle is now defunct, but I love this tie dye baby pad from them! Mint and lavender is one of my favorite combos. I rode Shiny with no half pad and while my saddle felt very secure on her back that way, she seemed pretty annoyed with me for this ride. So I'm not sure if it was the change in pads or if she was just in a mood that day. Hard to tell with her! But I'll probably go back to our lined pads for most rides.
That's what the kids wore, and here's what I had on:

So much pastel in one photo. SO MUCH.
Helmet: IRH 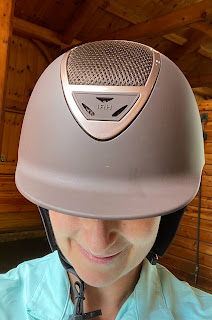 I don't love my pastel helmet anymore, so I decided to wear this one with the rose gold instead. I have to tell you, for an inexpensive helmet, this is probably the best fitting one that I own.
Shirt: Sport Horse Lifestyle 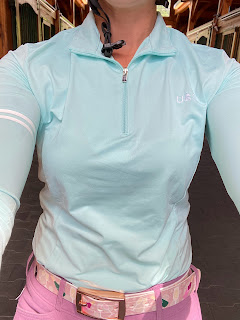 I've had this shirt for years but just recently rediscovered it. I love this color, and it's a perfect match with the mint in Eros' saddle pad!
Belt: C4 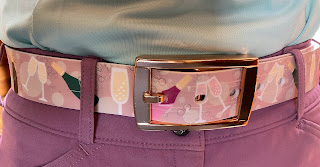 You have NO idea how many different shades of lavender exist in this world. I only know because none of my belts actually match these breeches nor the boots. So I went with the rose belt, because that seemed like a good compromise. I think it works!
Breeches: Tailored Sportsman 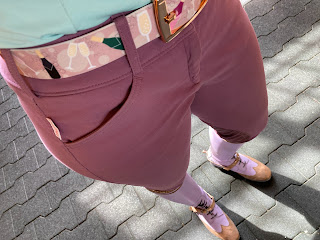 So in my house I thought these Berry breeches would match the boots. I was incorrect. In retrospect I think my lavender RJ's will match better, but they were in the laundry and not an option this time. I do like these breeches with the top though!
Boots: Celeris UK 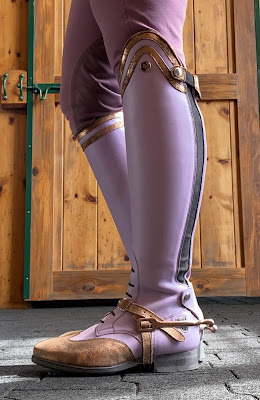 Soooo... I said I wasn't going to ride in these anymore because they seem to bleed on my saddle. But I also have been frustrated with all of my too big boots and these actually fit me. So I rode in them. And they bled on my saddle. But not as badly as before. So maybe we're getting to the end of that? Hopefully? I gave the insides a good scrubbing after and didn't see much on the sponge. So I'm hopeful they'll stop doing that. It did clean right off the saddles anyway. These fit so perfectly though! Fortunately, my new show boots are the same measurements, so they are also pretty perfect.
Crop:

I used my glitter crown crop for both horses. I had regrets though as Shiny has a lot more respect for the dressage whip. But this thing is so cute!
And that's what we wore this week! Any favorites?
Posted by Stacie Seidman at 9:03 PM