This week was a little more social centric than horse centric, which isn't necessarily my favorite... But it was all fun things. Just not enough riding in my life! And/or hours... it might be a time crunch issue. Either way, it was still a fun week! Let's look back...
Pammon has been a good boy with his hand walks. We're going to start tack walks on the weekends and continue with hand walks during the week. We've had the ok for tack walking all along, but I prefer not to do that in the dark since we are aided by some ace tabs... I want to make sure he can see where he's putting his feet with me up there! But he's been a pretty good boy. I got him some toys for his stall to try and keep him entertained. 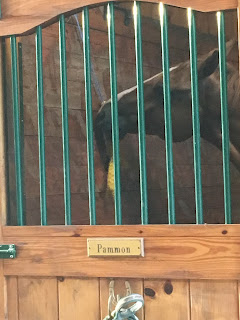 I also got him an enormous dog rope that's loose in the stall, but last night he peed and pooed it to the point of no return, so I think that's getting tossed and not replaced. All of the kids got the boredom buster from Likit. I really thought it would provide days of entertainment for everyone. I was wrong. It holds two small likits and one big one, but they all had them mostly devoured after a single day. Pammon managed to break his too. Rio still has the small lickits left in his since he's not real clear on how to actually lick them... (He's so special that one.) So long story not very short, he just has the giraffe now. It's pretty dirty so I think he does enjoy it. 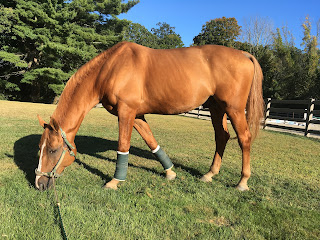 Shiny girl hasn't decided how much she likes being the sole riding horse in the barn. She thinks it might be way more work than she signed up for. 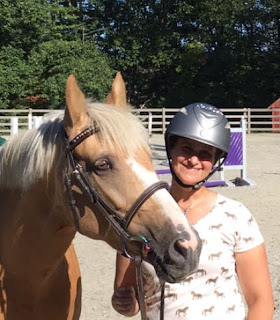 So in an effort to get out of all that work, yesterday she had The Slobbers. She was turned out in the back paddock yesterday and must have found some moldy clover back there. So gross. Definitely do not recommend letting your horse have the slobbers. 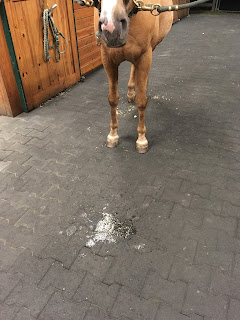 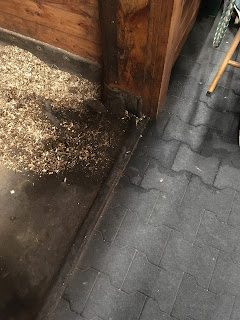 Seriously, there was just drool everywhere. I thought she had peed in the doorway it was that wet. I texted the vet, but he wasn't too worried. She seems better today, thankfully. I gave her the night off last night but hopefully we can ride tonight. 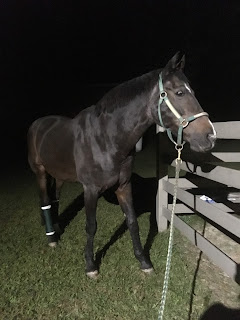 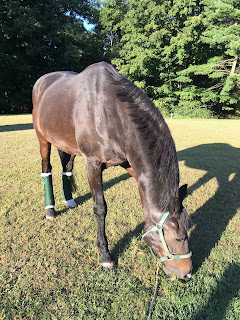 I still didn't get to have a lesson on Eros. I was thinking of doing one Saturday as Sunday I had to ride at dark thirty, but I totally forgot to sign up. So alas, we had two flat days. But he is feeling GREAT! Between the injections and the body work, he's like a brand new horse! And we're treating for ulcers too. I'm hopeful that will make him a little more willing to come forward on the flat... but not too much over fences! Time will tell I suppose.

In other non-horsey news, I got to do stuff outside of work and the barn this weekend! All kinds of stuff!
One of the boarders at Eros' barn is an author, and she hosted a really fun book launch party at a local gallery for her newest book "Drive". I've known her practically forever. She was a big kid when I was a little kid at the barn I learned to ride at. So yeah, we go waaaayyyy back. It was a really fun party, at which I took zero pictures because I'm a terrible blogger. But some of us did get a group selfie at the bar afterwards... Author not included. #fail 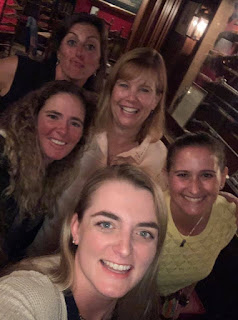 Anyway, that was super fun, but I got home way too late because I was headed back to Yankee Stadium on Sunday. I wanted to get my ride in on Eros since I don't get to see him everyday. So it was another EARLY morning. I was up at 4:30 to get done in time. Worth it though. I love that horse!
The game was great! Home run after home run for the home team and a win! 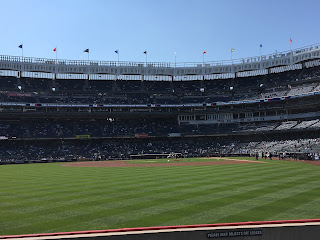 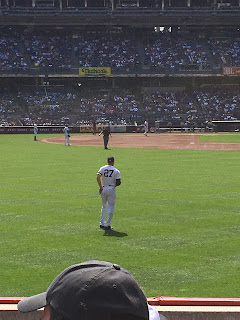 Plus I got nachos in a helmet. 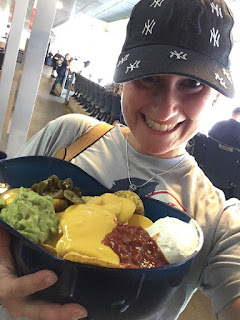 And that's about it from here! How was your past week/weekend? Do anything fun? All horses or some social stuff too? Tell me all about it in the comments!
Posted by Stacie Seidman at 4:31 PM