Too much of a wonderful thing, is probably still too much, isn't it? I went from riding only occasionally to riding every day. And it's wonderful! But it's also a little bit challenging what with the full time job, family obligations, and some rare sad attempts at a social life. 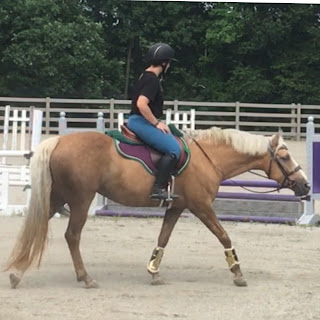 The riding every day thing isn't so much the juggle, it's more the amount of horses to ride each day. Two after work each day isn't so bad, but trying to fit Eros into the equation at least one of those week days, is proving a little tricky. If I head over to the boarding barn after work (after I stop home to feed of course), then I don't have time to ride my horses at home. The last few weeks I've used any rainy days to do Eros since I wouldn't do mine anyway. This week though, no rain in the forecast. Which is awesome honestly, and the horses at home need a day off at some point anyway. So I'm going over to Eros on Thursday and having a lesson. 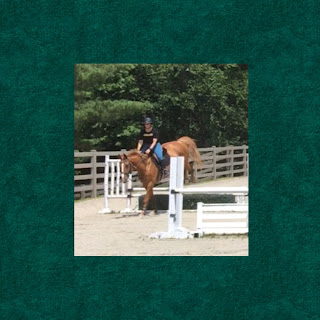 The problem with riding Eros on the days I don't ride my horses at home, is that I was riding literally every single day. So after I get home from work during the week, I'm doing horse stuff until about 9/9:30 at night. Which is what I always have done up until last year. It works out great as I used to have plenty of time on the weekends to do chores in the house and run errands and what not.
But now that we have Eros and Fefe, and the three at home, AND it's summer which is full of other outside obligations, I'm kind of skating by doing the bare minimum on all the other aspects of life. Laundry? Ha! Good thing I have a lot of clothes. I have crap everywhere in the house, and even had dirty dishes in the sink for a few days there (gross)! And let me tell you how long all the horses' manes are!
So my confessions is that last night, on a perfectly sunny evening with temps in the high 70's and low humidity, I took the day off from riding. I spent some time in the barn doing some organizing that I had put off, and then spent some more time doing the same in the house. I even got a load of laundry done! I felt super productive. While I still didn't really accomplish enough, it was nice to at least get a few things taken care of. And I think my body appreciated the day off too.
What I think I've learned from my evening off was that it is important to step back once in awhile. As much as I'd rather ride my horses all the time, adulting still has to happen. It's an unfortunate side effect to not being a kid anymore I suppose. Lame.