Not a whole lot happening over here this week. The horses have been pretty good, though Eros had a definite case of the Tuesdays yesterday. I started him on some Omeprazole just in case. He has been ulcery in the past, and I am kind of kicking myself for not giving him some during the move. My bad. Sorry buddy. Hopefully he's just a little wild and it's not actually ulcers... but who knows. Either way, he's still perfect. Just a little spooky. 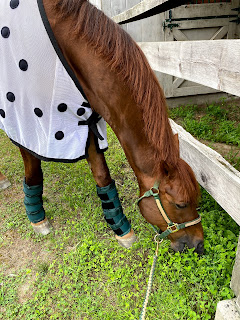 Shiny has been pretty great actually. But funny story... You know how I'm always saying she doesn't steer well? Well I thought it would be fine to ride her in her fancy new side-pull bridle and the awesome Brockamp bareback pad one evening last week when it was like 90% humidity.
Well... ha. It wasn't much of a ride. Princess Shiny was of the opinion that if I don't put on the tack, she doesn't do the work. I had to beg and plead to get some canter. Twice she tried to scrape me off on the fence. So I guess we have some work to do... It was hilarious though. And finally I threw in the towel and we went out for grass instead.
Saturday we did a little jump school and I set up all the media... Had the Soloshot running in one corner, the Pivo in the middle, and strapped my ipad to the fence at the other end. I compiled some clips from each for your entertainment. The Pivo had a tough time following me that day, so not much from there. But the Soloshot and the Ipad saw everything.

Shiny is obviously pretty green still, and I clearly have a lot of rust to knock off. But we're having fun, and there's no hurry.
And I mean... Look how cute: 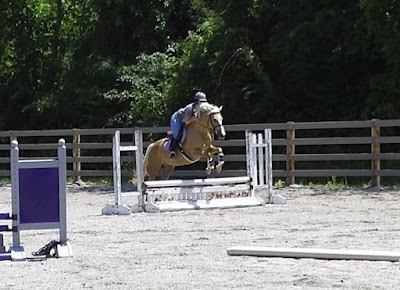 Pammon has been great! He's not getting ace to ride anymore which is great. He's mostly been good though he got a little upset this morning. There were two horses in a lesson galloping the long sides and shortening on the short sides. One of the riders dogs was following her around the ring (from the other side of the fence though, he was being a good doggo!) and it was just a little too much for Pammon. But once they stopped galloping he put his brain back in and we had a nice ride. He's doing full flatwork now, I think we'll get to start jumping pretty soon! Exciting stuff!
I've been playing with the Cricut a little, and that's still lots of fun. I made a couple belts and a shirt for spirit week. 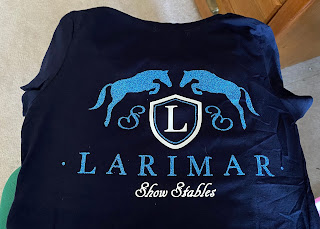 Also made some lemon-limeade and brown sugar butter cookies. Cause I apparently don't want to finish my house projects I guess. 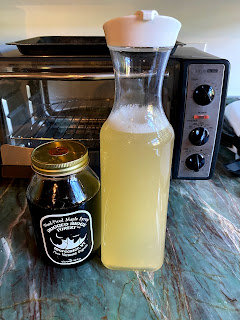 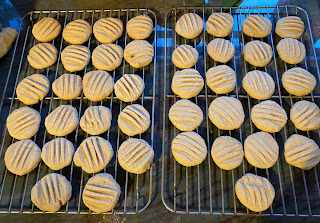 That's about it from here. How was your week/weekend? Horses doing well?
Posted by Stacie Seidman at 3:53 PM