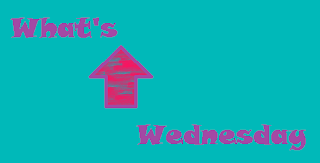 Just a short report today as you know. Work. Ugh.

Shiny's been going well, and I'm thinking about doing part of a lesson with her soon. You can't really get privates at the boarding barn, and she's neither fit enough nor broke enough to keep up with most of the groups. But she is probably ready for a partial lesson at least. I'm going to try to get in with a beginner group. That should be perfect. 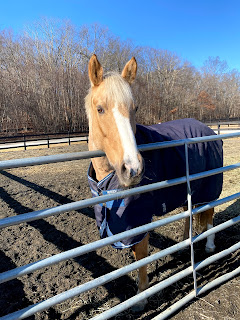 Eros had his ultrasound on Friday and it was mostly good news. There aren't any tears or lesions, so that's awesome news. It did light up along the attachment to the bone but my vet isn't able to tell me if that's the issue now, or if that's something old he may have come with. Either way, we're not freaking out about that at the moment. The suspensory is a bit inflamed, which wasn't surprising, so the current plan is to give him two more weeks of vacation and then recheck. So nothing really exciting to report, but not really bad news either. I'll consider that good! 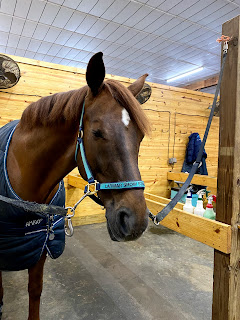 Pammon hasn't had another ultrasound yet, but Doc said he's doing great. Apparently they all love him over there, and they've been feeding him lots of donuts. So at least he's spoiled while he's away!

The pups are holding their own. I think P is over her UTI, though she does still have a couple more days of antibiotics. Then we do a recheck. Artie is definitely feeling better, but he's not 100% yet. He has a follow up appointment this weekend, so we'll see what the vet thinks. 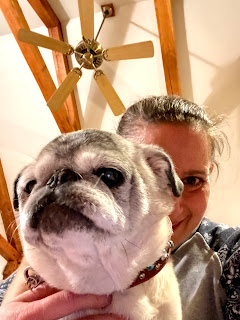 Other than dreading work and taking care of the four legged children, I've been slaving away at home working on all the organization. The other piece of furniture for the pantry room arrived, so I put that together on Saturday. 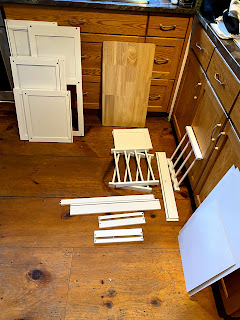 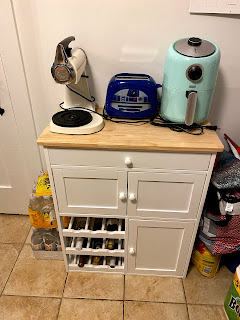 I had to wait for that to get in there to see what space was left, but I have room for a couple more small shelves, so that's next. One should arrive next week, and I'm not so sure about the other... but hopefully soon. Will be nice to have at least one room done! 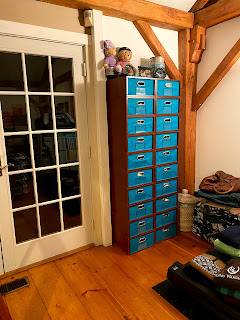 Sunday I put these half cubbies together for my bedroom. It took forever, but wasn't at all difficult. Originally I had planned for this wall and the one next to it have a mix of half cubbies and full, but the full are back ordered. So I decided to do all the half ones here, and the other wall will probably still have a bit of a mix. I'm also going to stagger the bins teal and gray. I will change these around to stagger colors too, once the gray arrive. Those should be here today. As for the rest of the cubbies... that's unknown. I hope soon because I want to get this room done too.

And that's really about it from here. How was your week? Horses good? Dogs? How's the home doing?
Posted by Stacie Seidman at 11:33 AM