I could swear that it was Friday like six hours ago. How is it Monday again so soon?! This was one of those weekends that was super busy, but not with too much worth reporting on.
Saturday was rainy. So rainy. When I got up at 7:00 it was raining. When I went to ride Ducky at 9:30, it was raining. Thankfully, they have an indoor over at the trainer's! 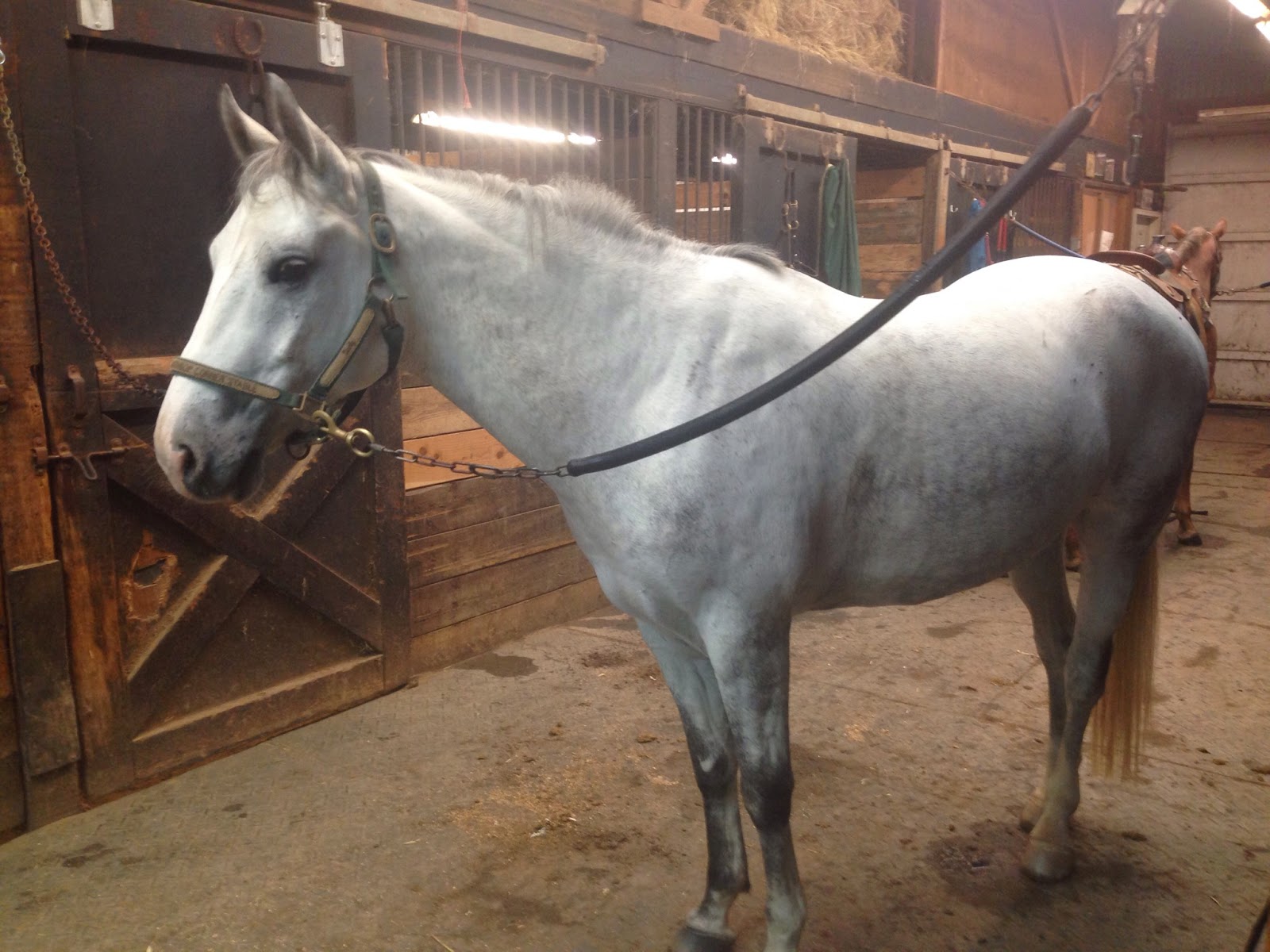 I wasn't super excited to ride Jampy in the rain (I do not have an indoor), but I couldn't skip the ride since we had a horse show on Sunday. So I mustered up the will, and we got some work done. Thankfully, though it was raining, it wasn't POURING during my ride. Then he had a tubby since he was already wet anyway.
Saturday, in addition to being rainy, was also Yom Kippur. The Jewish day of atonement. So I should have gone to synagogue instead of riding horses. But I didn't. I did however fast the entire day. No water, no coffee, nothing! So at 5 o'clock I fed the horses and drove as fast as I could (in the POURING rain) to my mom's house for our break fast. It was glorious. Challah and honey, bagels and lox, chicken and potatoes. And the dessert?! Cheesecake, pumpkin pie, cookies, and babkah (sp?). Mmmmmm. After the gorge fest, the rest of the evening was spent with the puggers (naturally).
Sunday morning arrived far too early. Do you know how dark it is at 5 am now?! Middle of the night dark, that's how dark. Yuck. Since it was so dark out, the bright flashing police lights caught my eye when I went out to feed the horses. For reference, I live at the bottom of a hill AND the end of the road. Occasionally, people drive too fast down the hill and don't realize the street is ending. On this particular morning, that appeared to be what happened. I hope everyone was ok! It was all cleared up by the time we pulled out for the horse show. The one bright side to the late sunrise? We got to see it as we drove over the bridge: 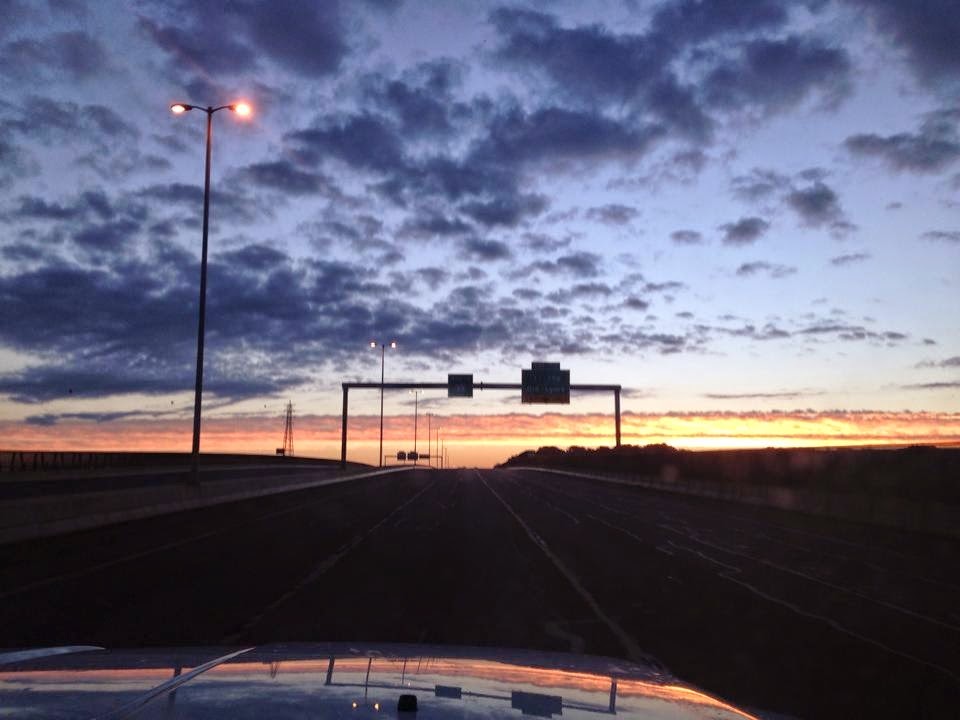 Fear not, my copilot took the photo! I wouldn't endanger my Jamposaur! It was pretty chilly when we arrived at the show. Jampy was feeling pretty good from the cold! Overall, he was a good boy, but a little strong. Not unusual when the temps fall quickly. This time of year I need to remember to allow a little extra time for schooling to get him warmed up better. Lesson learned! We still had a good day, despite the freshness: 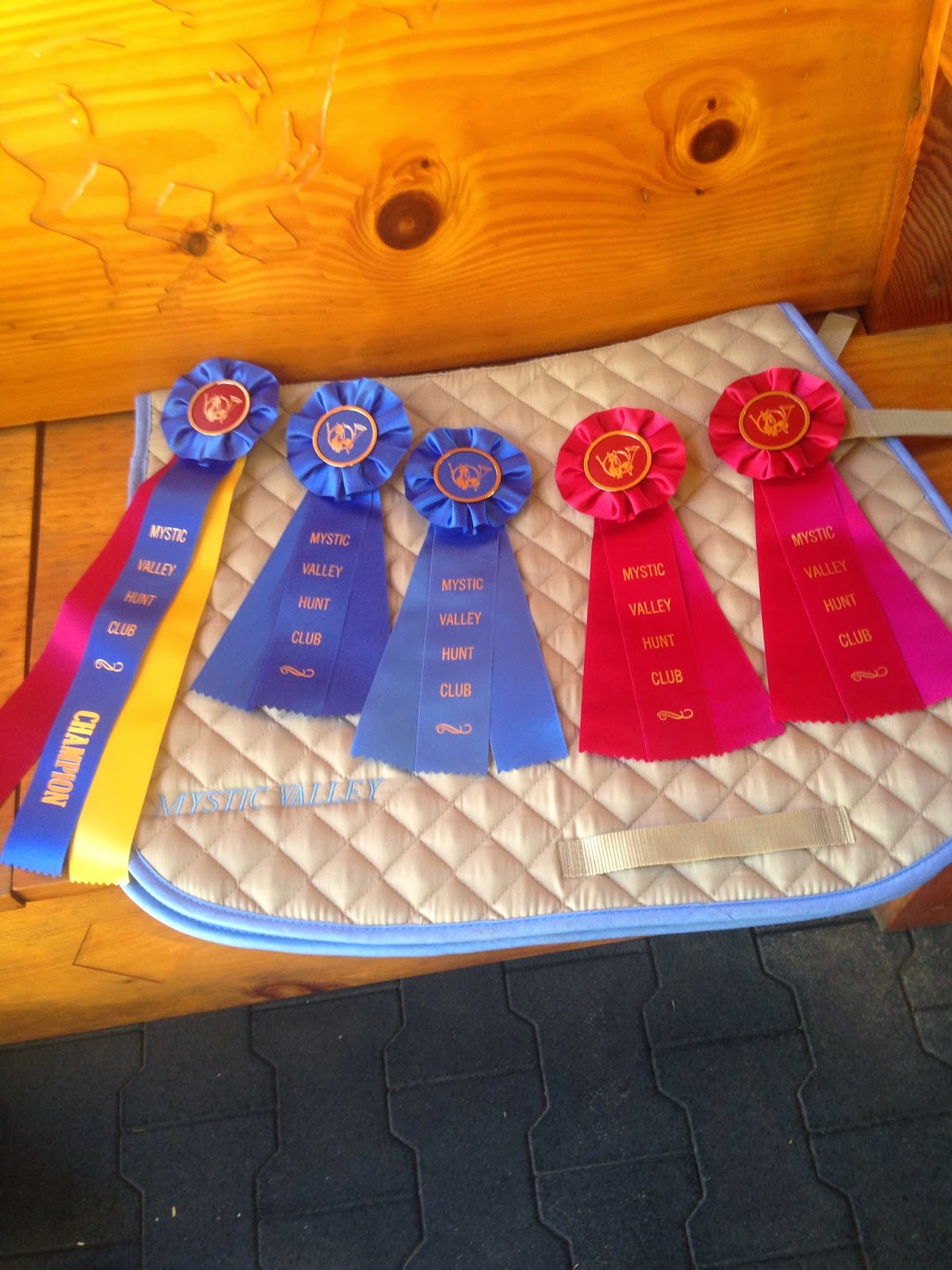 After the show, I played with Rio for a bit. He was happy to eat some grass and get some sunshine after Saturday's miserable weather. 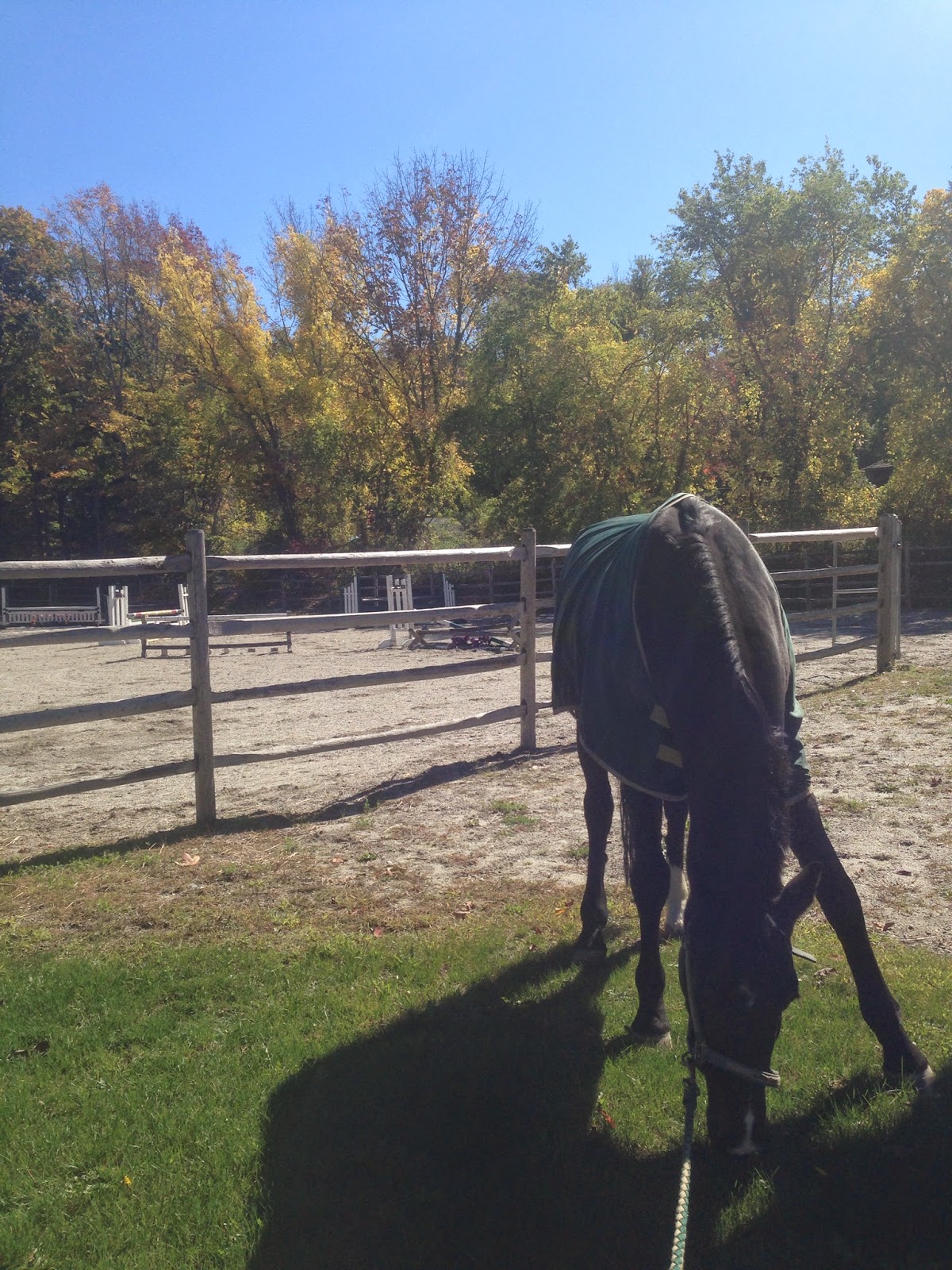 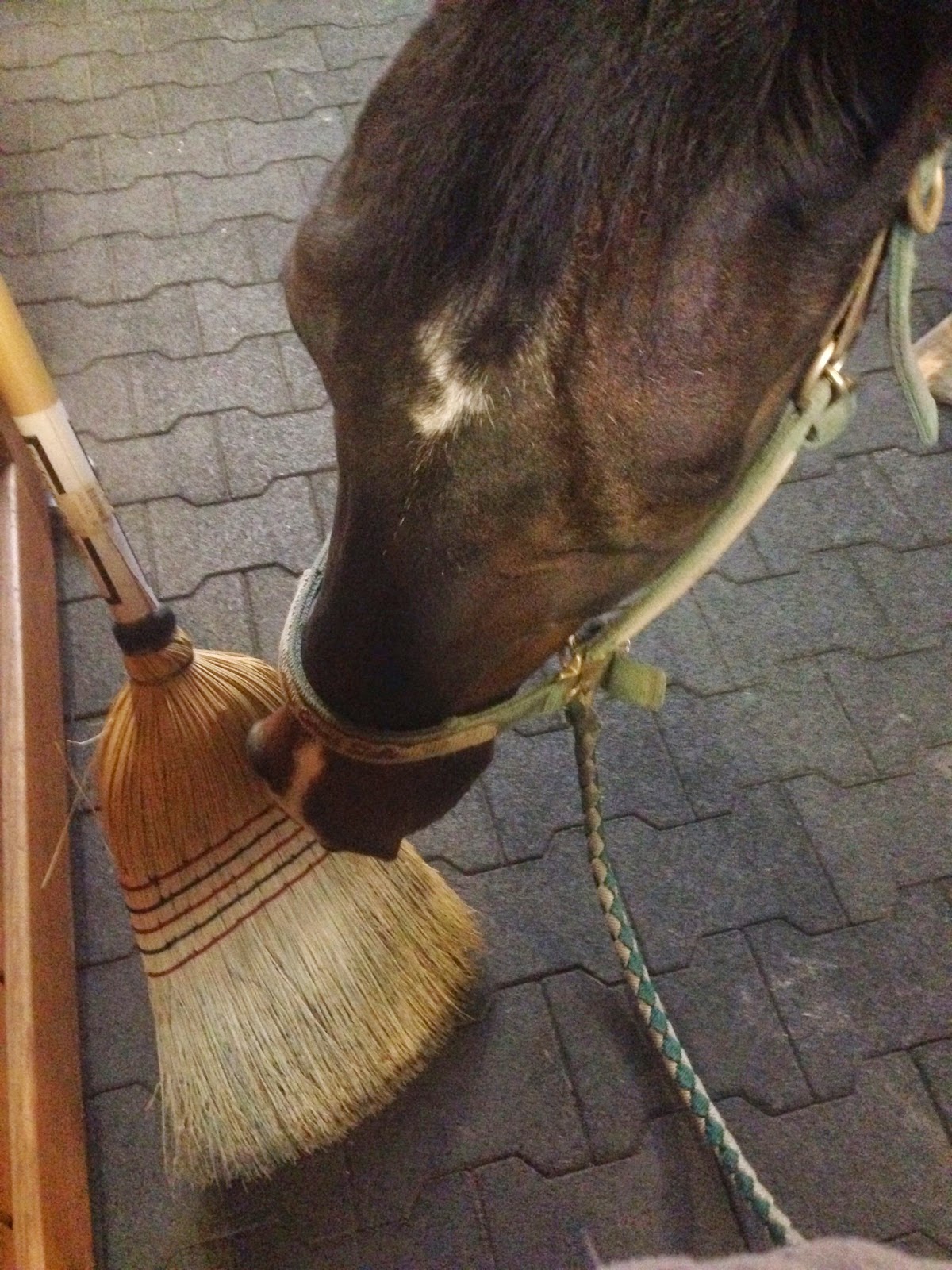 The rest of the weekend consisted of laundry, laundry, and more laundry! Phew.
How was your weekend? Do anything fun? Get any runs in? (I didn't...)