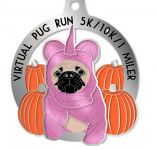 Back in August, Jenn from Runs With Pugs blogged about a virtual Pug Run which was a benefit for the IL Pug Rescue. I got a view of that medal and couldn't resist signing up! I was feeling super motivated back then apparently as I signed up for the 10K. I figured there was plenty of time to get it done, since we had until October 15th. Well, let me tell you, October 15th showed up out of nowhere! I have been running VERY inconsistently. Like sometimes twice a week, sometimes once, and often not at all. Not so good with a 6.2 mile run to accomplish!
As the deadline drew closer, I was starting to wonder if I would be able to do it. I thought maybe I'd count two 5K runs on different days as my 10K. Or maybe I'd just not do it. It's not exactly official being a virtual run. No requirements to post a time or anything. But then I thought how lazy that is. I paid my money and would be getting that Mystical Pugicorn medal, so I needed to do something to earn it! (Hey, motivation! Nice to see you!)
I had the time and gumption to head out last Sunday. But I knew two things: this would not be fast and there would be much walking. In an effort to just head out and enjoy the time, I picked a scenic route with a fair amount of hills. (If I was going to walk, it would at least be uphill!)
I started heading down my usual morning running route. It takes me out near the lake, which I must say is GORGEOUS this time of year: 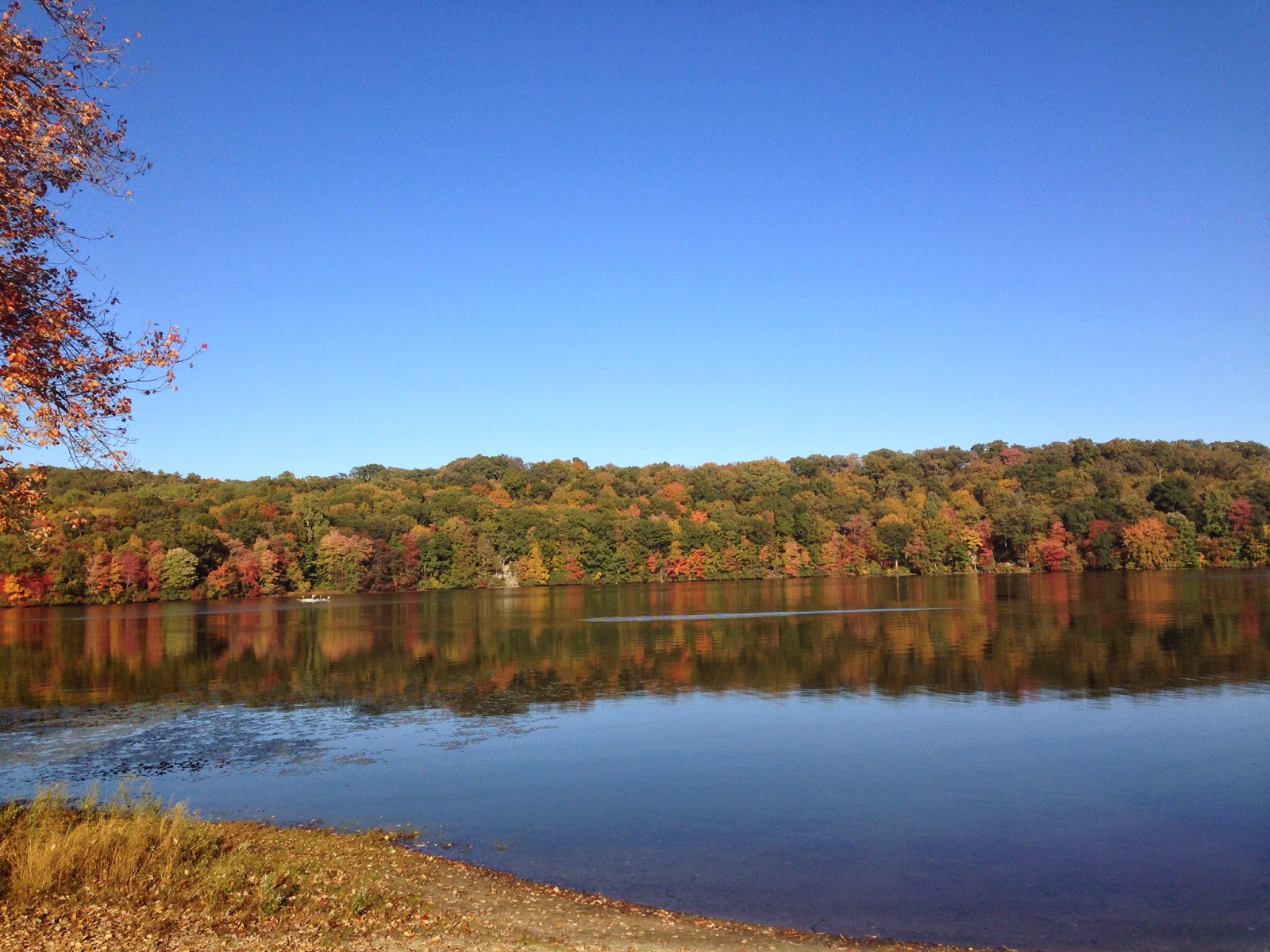 For my morning 3 milers (that I haven't done in how long?!) I run out this street for 1.5 miles and then turn around and head back. For my 10K, I instead headed into our state forest, passed another lake,
and took a trail that would spit me out on a main road near my house. 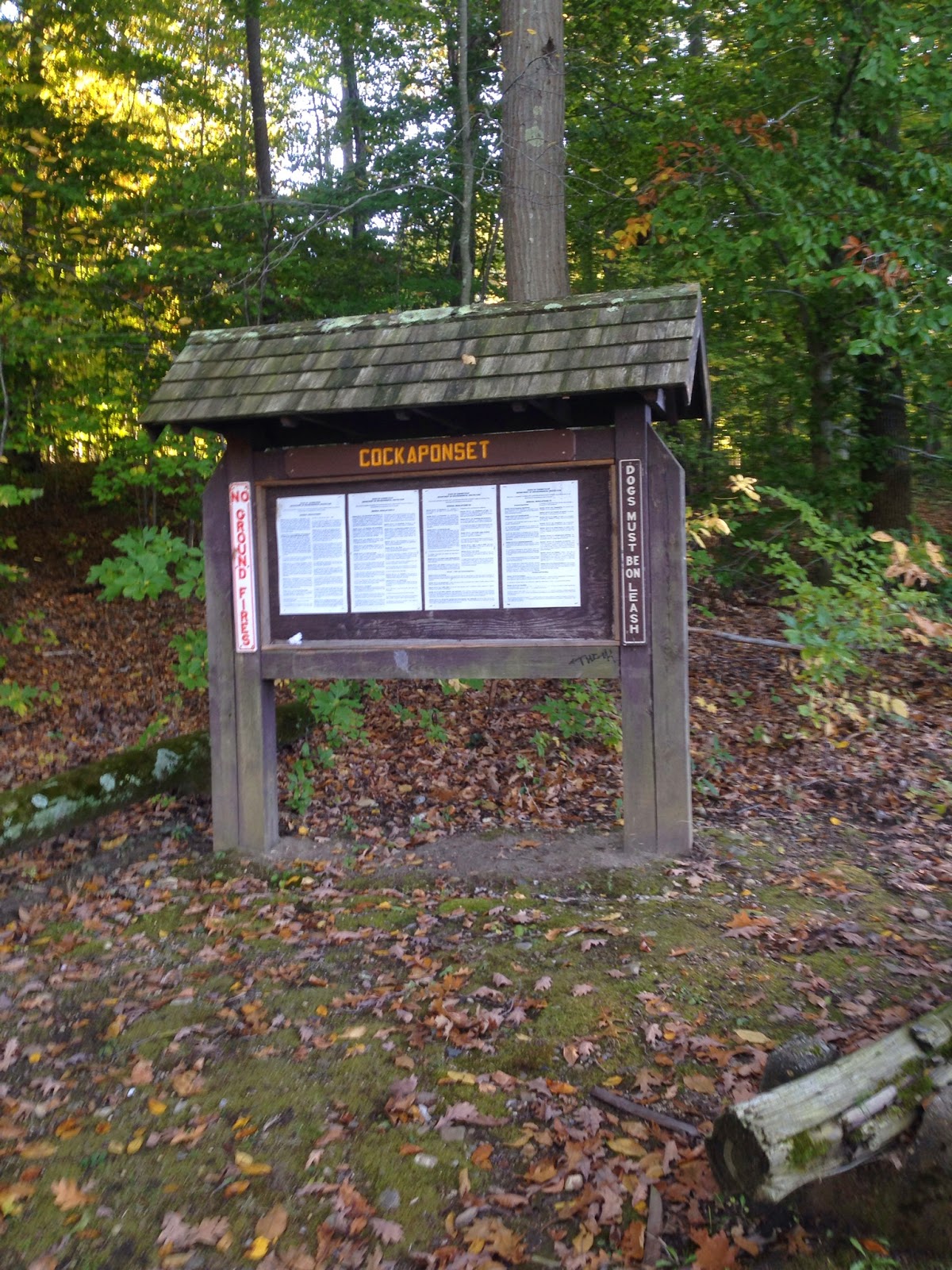 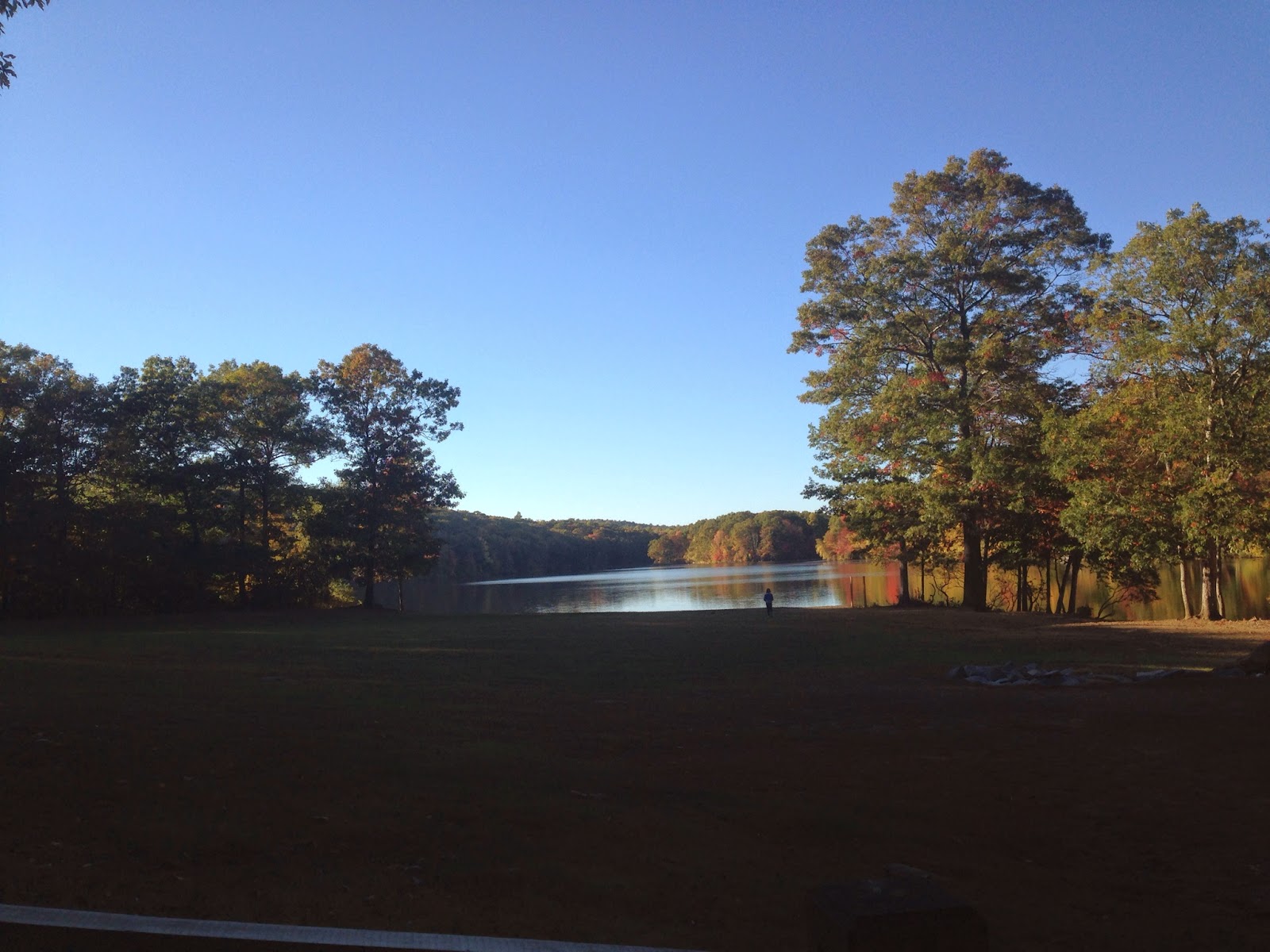 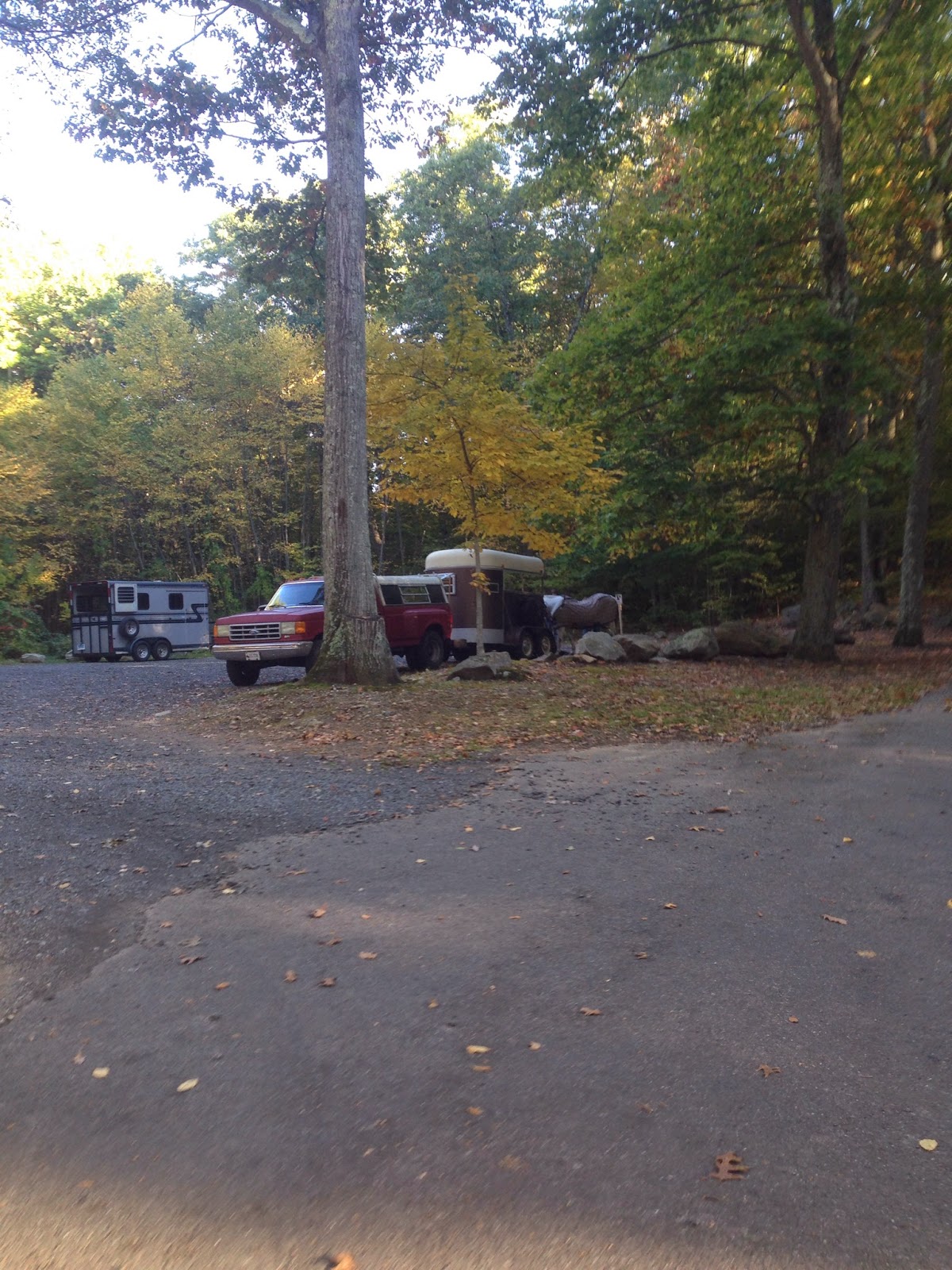 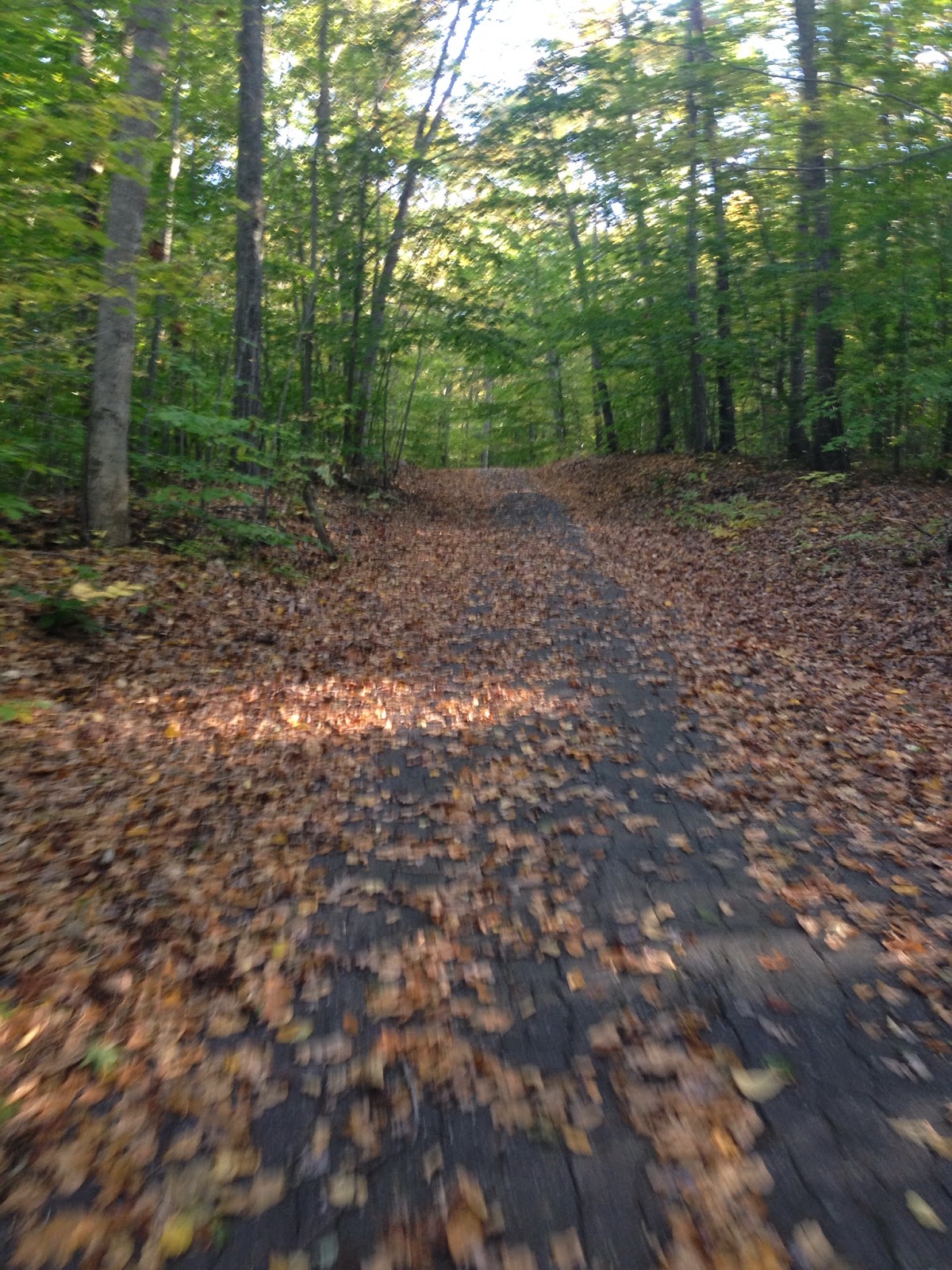 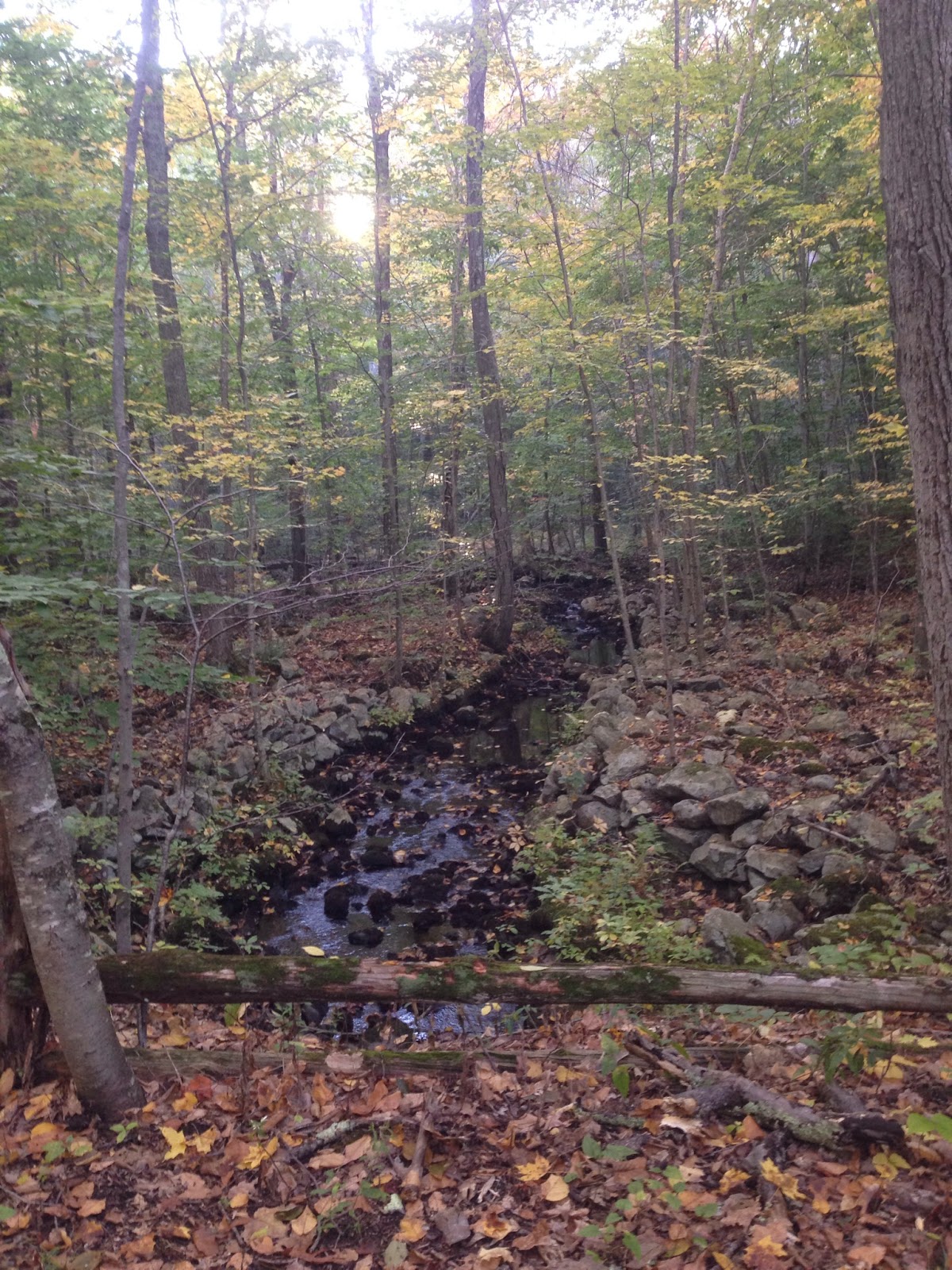 The trail was paved with asphalt at some point in time, but is now very broken up. I walked a lot of the early part of the trail as it goes up, up, up, and then up a little more. I got to see some horses too! (People trail ride here.)

Once back on the road, I crossed onto a smaller side street, and again walked some uphills. I saw more horses, and a guy riding his bike with his dog running ahead (on a leash, he was responsible!). 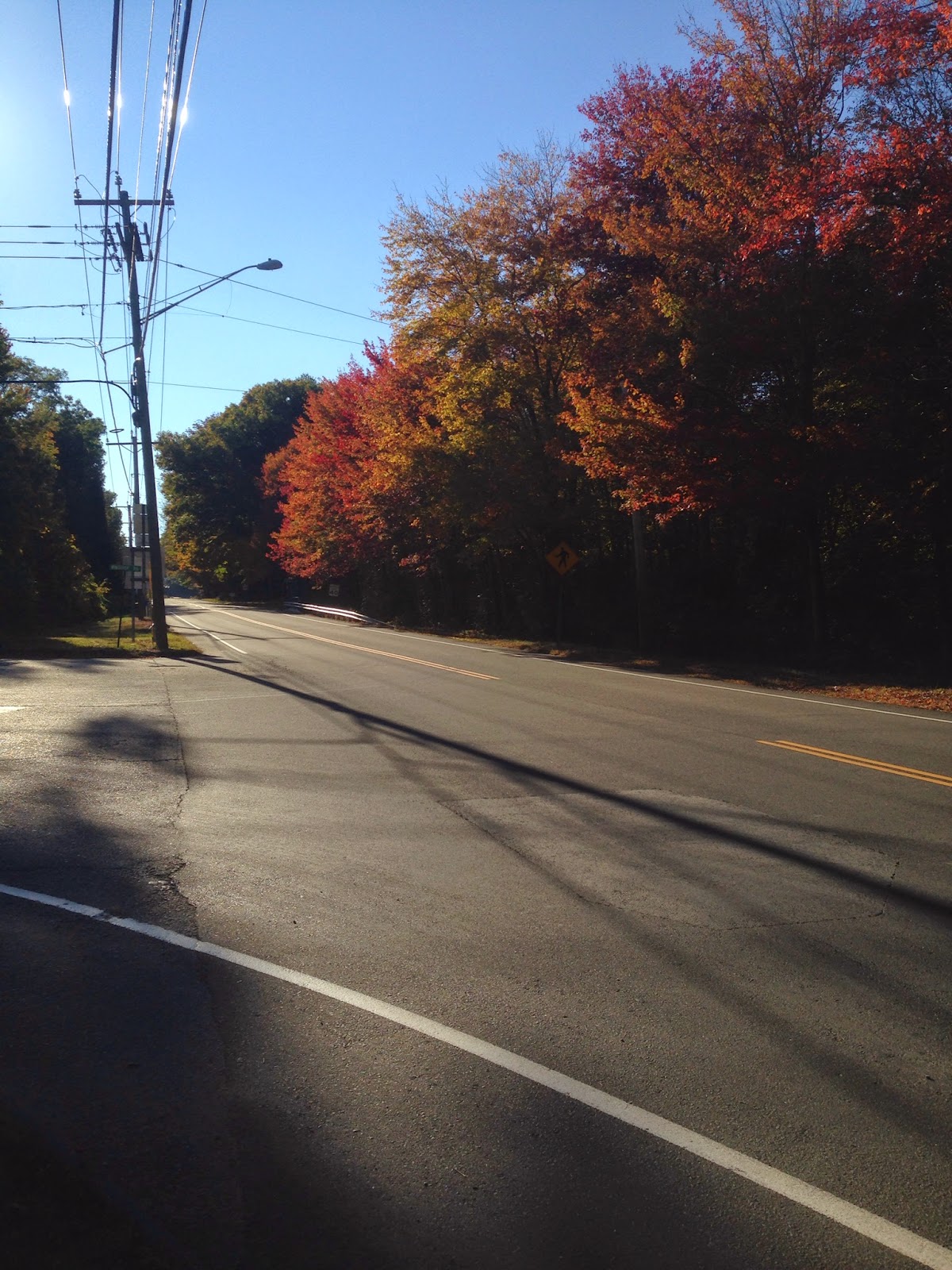 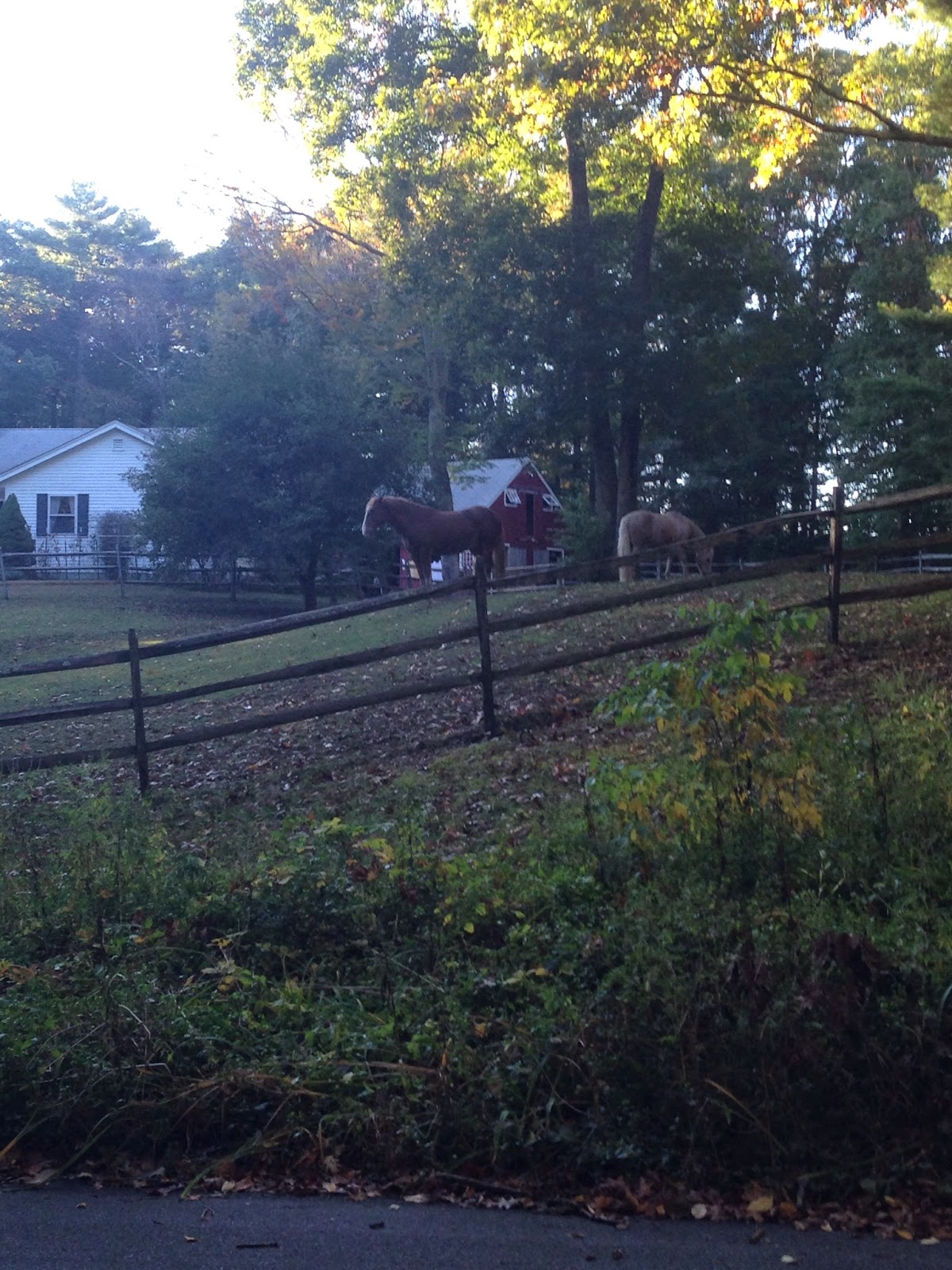 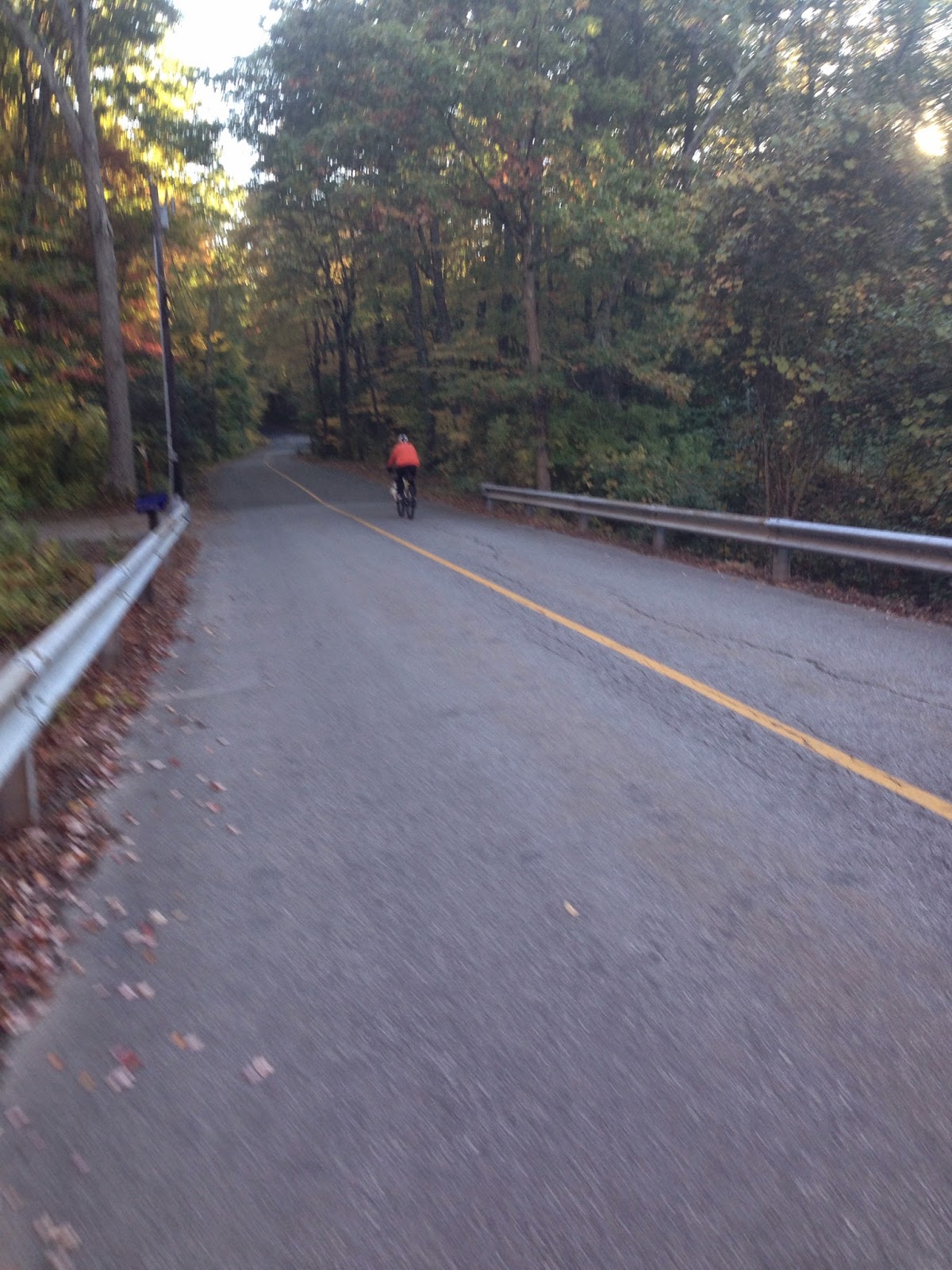 I had planned to head straight on this road until it ended. At the end, it turns into a dirt road, that takes you down someone's driveway and let's you out on my street. But I was hoping to not take any more walk breaks, and the uphill to that dirt portion was taking a toll! I decided instead to take another side street that would still let me out on my road, but with less hills. The rest of the run was all down hill (woohoo!) so I was able to finish strong.
My Garmin failed me on this run, as it seems to have forgotten where I live and never located any satellites. Is there anything more annoying than staring at this: 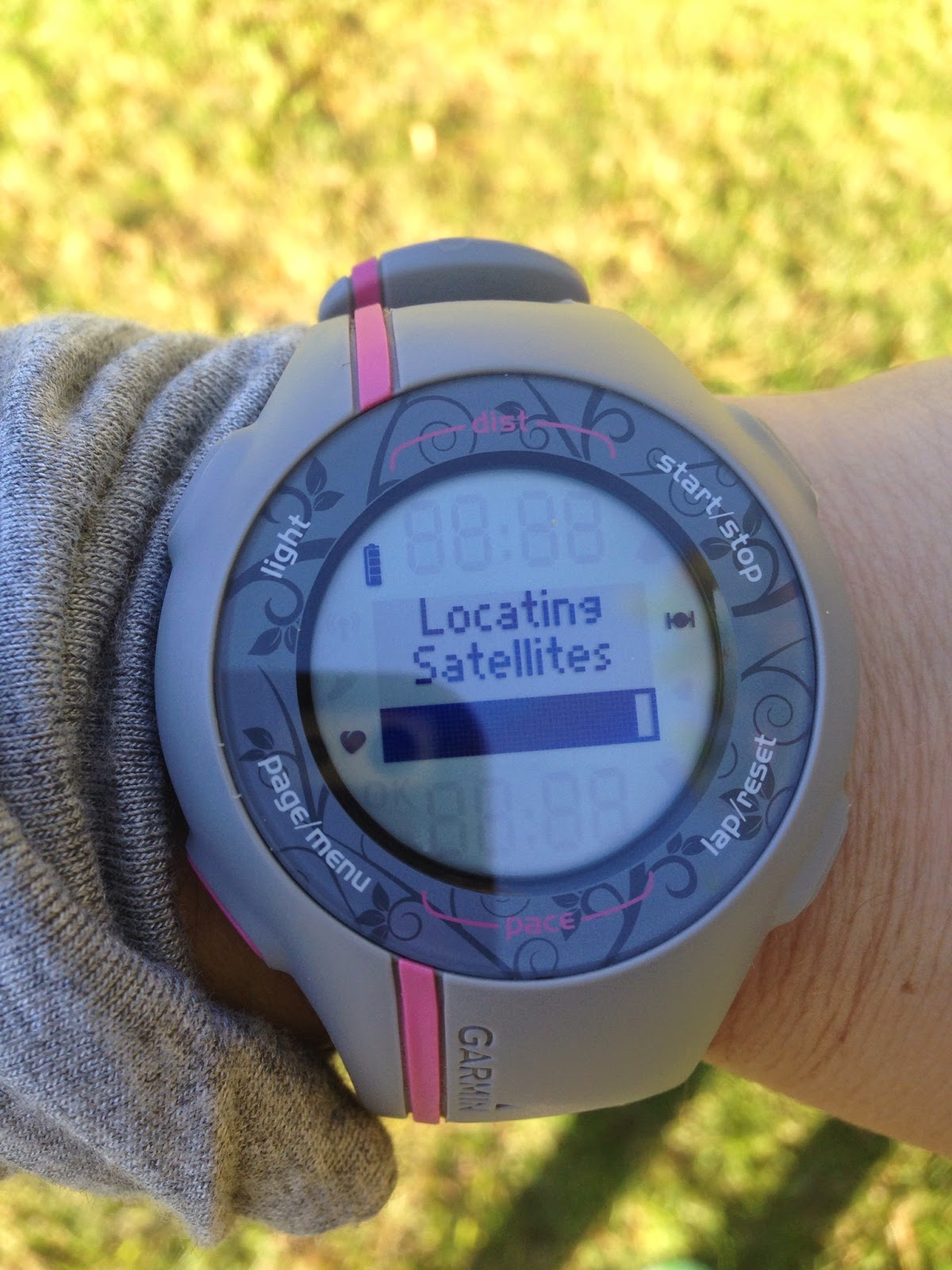 But I did make a mental note of the time I left and the time I finished. It took me 1 hour and 11 minutes. I really wish I knew the splits so I could get an idea of my running pace, but whatever. That part really isn't important given my lack of fitness! I know my total average was around 11:27 which is pretty impressive all things considered! The most amazing part? I wasn't even sore the next day! I think my new Mizuno's are the magical reason for that, plus being smart about the hills. 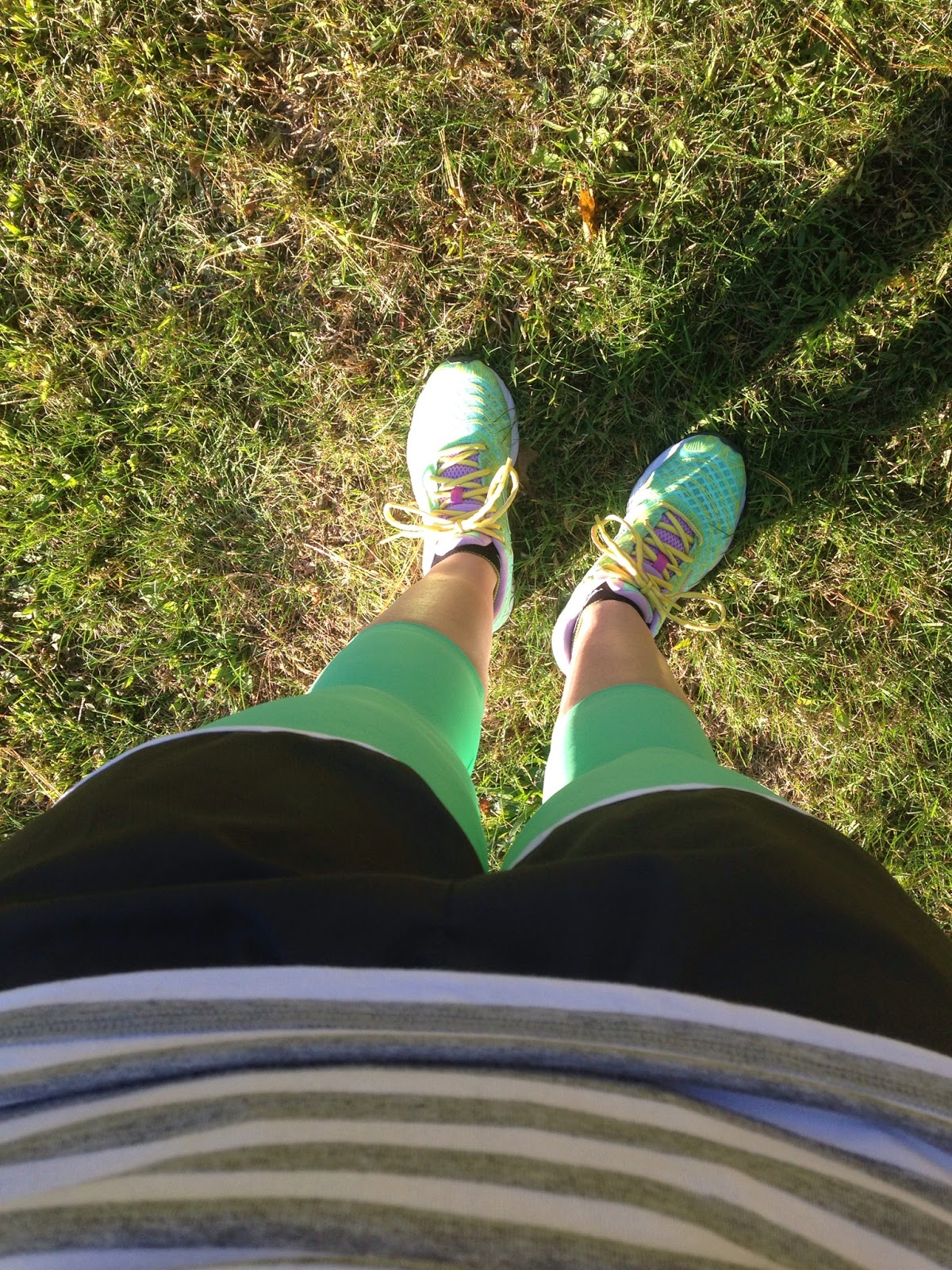 I'm so glad I dragged myself out for this run. The foliage was beautiful, I had some lovely scenery, and I felt super accomplished when it was finished.
Have you ever run a distance you weren't really fit enough for? Did you push yourself to the max, or take it easy like I did?