So about a month ago, Katie said I should run the Colchester half with her this year. I said no. Why you ask? Because this is how the present themselves: 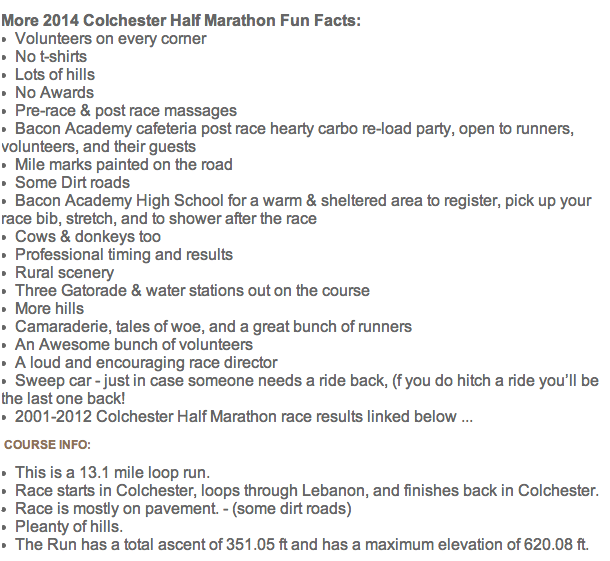 They mention hills about 903,940,285,187,649 times. Also, at the time I was just getting back on the running wagon. And running primarily on the treadmill where there are no hills. But you know me. I cave to the peer pressure. So I started training. I didn't commit to the race until a few days ago as I wasn't going to run if it was colder than 28 degrees. Random, but that is my threshold for running in the cold.
Speaking of weather, Katie had to postpone her birthday vacation due to, you guessed it, SNOW. Meaning she would miss the race. When I realized this, I still wasn't signed up, so at first I thought Oh good! I don't have to do it! Then I thought about the torture I'd endured running both my 10 and my 12 mile long runs on the treadmill. Seemed silly to have done that for nought, so I decided to go anyway.
You know how they say things happen for a reason? Well, randomly, last week as I was heading into the gym for my 12 on the dreadmill, I ran into my old running buddy Jill. We were chatting about upcoming races and I mentioned the Colchester half. I said I'd likely be walking many of the hills, and she said if I mean that, she'd love to join me. I was like YES! So just like that I had a new running buddy for the race. And even better Jill would stay behind with me for the company. 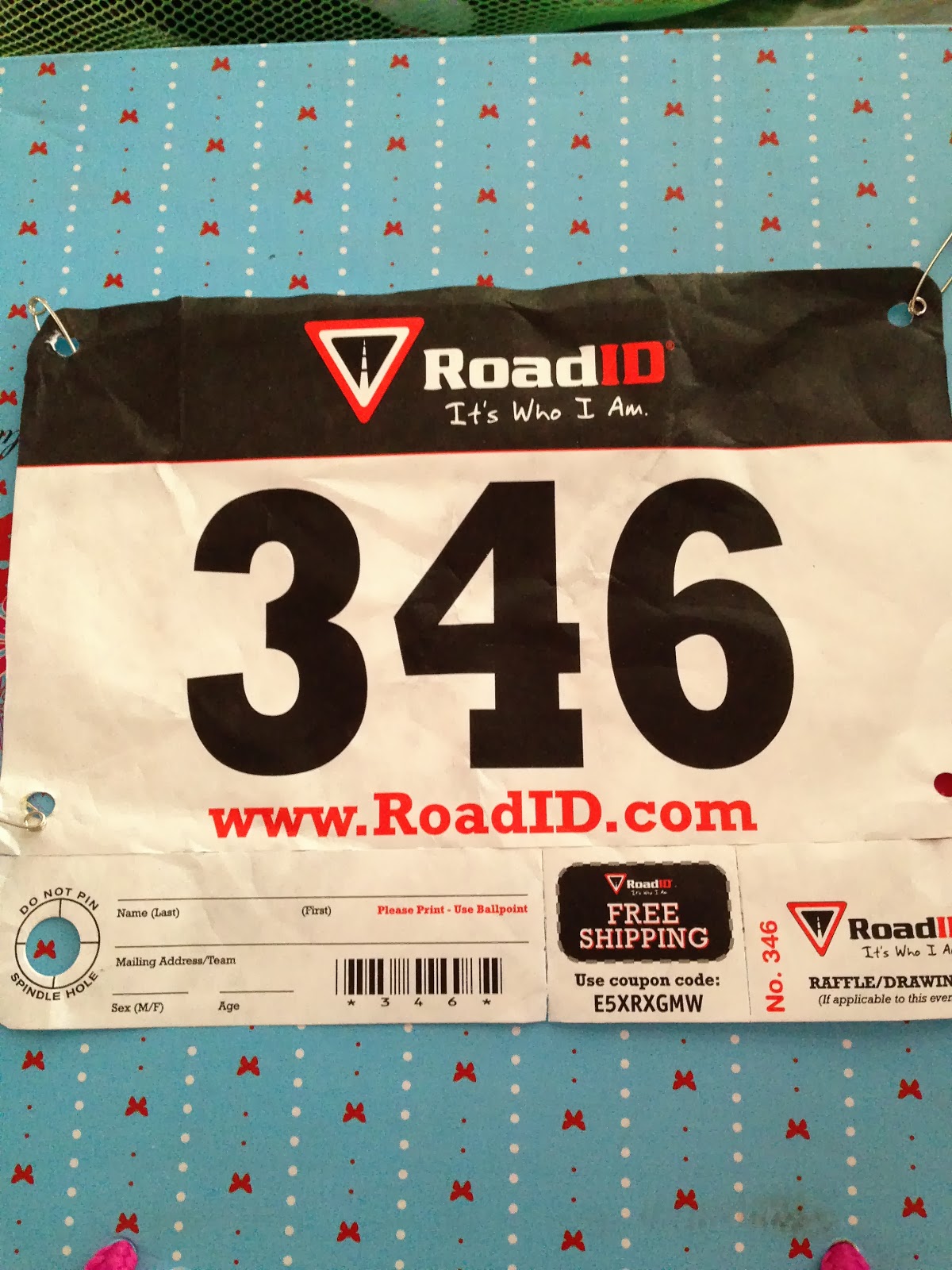 So Saturday morning, we met at my house and headed to the race together. It was a gorgeous run, though sadly for you guys, I didn't get any photos. They weren't kidding about the hills! Jill and I ran the first 3 miles without breaks, hills and all. At mile 4 and a little we stopped for the water and gatorade station and got moving again. There were two HILLS at miles 6 and 8 that we ran about a third of and strolled the rest of the way up. They were serious! And looking around there were a LOT of walkers. A LOT. So we felt less guilty. Around mile 10 we encountered a rolling dirt road covered in ice. We tried to keep running through it but finally decided on safety first and we did quite a bit of walking here. It took us 2:30 to finish which is definitely a terrible time for me, but honestly it was one of the most pleasant half marathons I've participated in. We had great conversation, the weather was sunny in the 40's, and the scenery was gorgeous. Sometimes I think it's important to worry less about the clock and more about enjoying the experience.  And that my friends, is the story of half marathon #5 for me. 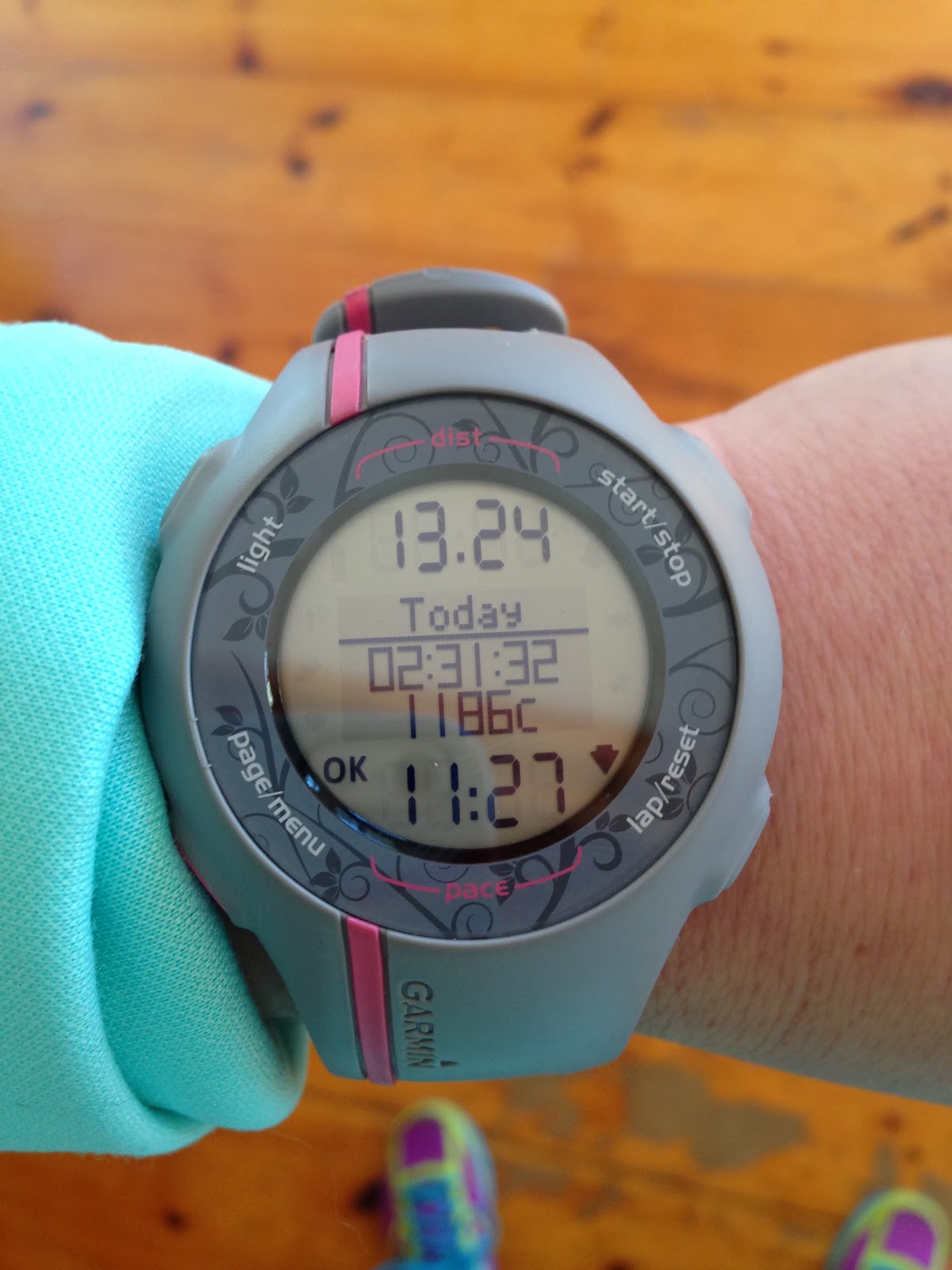 I joined Dailymile this year to help keep track of my mileage since my garmin doesn't work on the treadmill. Thanks to this half, 've already passed 100 miles since January. That was quick! No wonder my sneaks are wearing out already! This also apparently equates to 107 donuts.