Outfit Day! I'm determined to wear different boots every week for awhile for you guys. We'll see how I do. Here's what I wore this week: I just really love my Celeris boots. All of them. You guys haven't seen this pair in awhile I don't think!
Helmet: Samshield 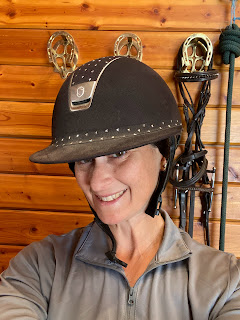 I love how this helmet matches pretty much any outfit.
Shirt: Equine and Design (on Etsy) 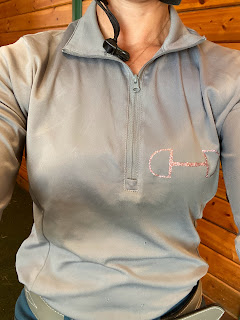 This is the "Hunter" shirt. It actually says hunger in the same rose gold as the bit along the left arm. Really cute shirt! I have the jumper version in navy too, which I think I had on here not too long ago.
Belt: Handy Hunter Boutique

These belts are really cute. So cute in fact that I accidentally bought the purple one twice... So if anyone wants one I have an extra for sale for $20 plus shipping. It's a size large and would fit a size 28 to probably 32. Handy Hunter Boutique is out of business now unfortunately. They had really cute stuff!
Breeches: Ovation 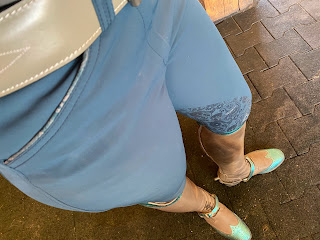 Oops, another accident! Before I brought the horses home, I did a blanket inventory and realized I needed a few things for Al. (Al, Pammon, and Eros all wear the same size, but I only had two of most things in that size.) Some of my blankets have been discontinued, so I decided to try some Waldhausen blankets. There's a tack store about 40 minutes from me that will special order anything you want from Waldhausen. So a few weeks ago, I headed up there to retrieve part of my order (some things are backordered, such is life in 2022.) Whilst there I had a walk through the store. Guys. I haven't been to a tack store since pre pandemic times! That's like... 100 years ago I think. I didn't get too crazy, but I did pick up these breeches. They were the only pair of these in the store and happened to be my size so clearly, I had to buy them. I had also just sold 25 pairs of breeches so it was earned. Anyway, they're more of a teal color than they are photographing. The true color is sort of apparent in the photo of my shirt. They're nice enough breeches for the price. The gel knee patches are pretty grippy, maybe a little too grippy even, but I think that will relax as they get worn and washed more. The calves are weirdly loose on them, but otherwise the fit is decent. I'd say the waist runs a little small. I generally wear a size 28 (which these are) to fit my hips and butt, but usually the waist is too big. On these, the waist fits me great. They have a paisley print piping on the pockets and matching paisley on the sock bottoms. Very cute!
Boots: Celeris UK 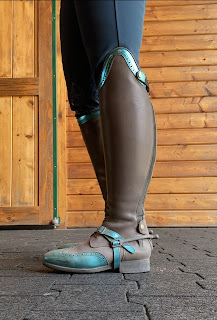 These are my second oldest pair, but I don't think I've worn them quite as much as the black and rose gold pair. I think these are really pretty, especially the metallic teal details. The color is really vibrant and fun. The leather on these is a little more stiff than the black ones, which I like because they don't feel quite as loose now that they're a little too big.
So that's what I wore today, let's see what our model Eros had on! 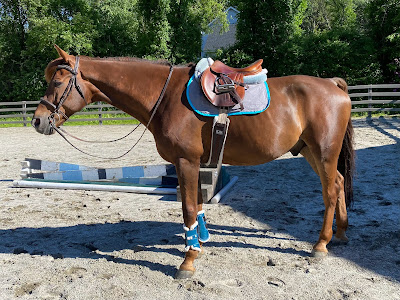 I struggle with this horse's physique. How can he be looking ribby and still have that hay belly? Will have to confer with Doc when he hopefully comes tomorrow. Otherwise I think Eros is looking pretty good this year. The top line needs some work, but with his hocks so overdue we haven't been able to work super hard at top line building activities. All in good time. For now he's rocking the dad bod. And dad bod is so in right now!
Bridle: Joseph Sterling
Browband: Dark Jewel Designs 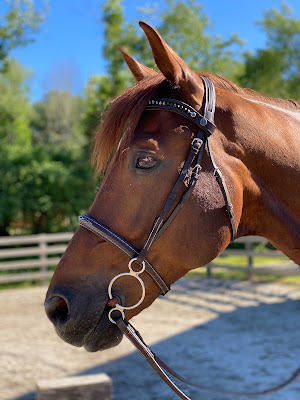 That face though! He's so handsome. I think the spikey browband looks so great on him. He doesn't really give off baddass vibes on his own, but the spikes help.
Boots: Jeffers 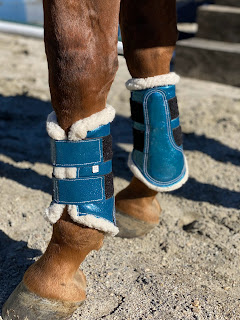 I don't have metallic teal boots for the horses but I do have these GLITTER teal boots, which I think is close enough. I wish I had gotten a pair in Shiny's size, but I didn't have her when I bought them.
Saddle: Butet
Saddle Pad: Hopeful Equestrian
Half Pad: Ippico 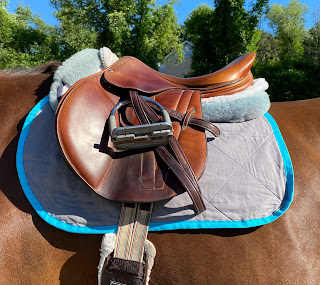 This also didn't photograph that well, but the trim on the pad is teal glitter too! It's not an exact match to the boots, but still, close enough!
And that's it for today! Any favorite items? Do you guys still enjoy Thursday's Threads? What are you waiting for us to wear next?
Posted by Stacie Seidman at 9:48 PM