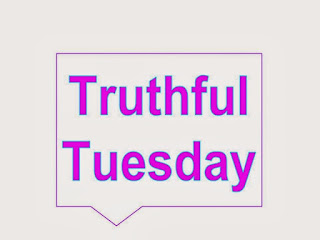 I knew I couldn't go TOO long without doing something ridiculous... So one morning last week I was making a pair of spur straps. I was using a rivet to make a loop to tuck the tail into. Now as you can imagine, the loop for such a thing is very small. Smaller than the head of the hammer in fact. (Do you see where this is going?) I apparently thought I could hold the loop and hammer the rivet at the same time. This was not an accurate hypothesis. Guys. I did not successfully hammer the rivet in that moment. Oh no. I did successfully hammer my thumb however. I now have a purple thumb nail. No one ever mentioned how dangerous crafting can be!

I always surprise myself when I do things this stupid. But I really shouldn't be shocked. Because I also did one other really not brilliant thing last week. (Making up for lost time apparently.) So Friday, my barn helper had dragged the ring, but then left the Gator with the drag still attached parked in the middle of the back driveway. I think probably with the workers here for the fence he didn't have room to turn around and put the drag away. Anyway, I went to put both away, and the Gator wouldn't start. Again. UGH. So I called the mechanic and they said they would send someone up. Then I went over to whine about it to the construction guy. He goes, oh let me take a look, I used to have one of these. And here's the really stupid part. Whenever we park the Gator it goes in neutral and the e brake gets set. But this time, my helper left it in gear. It needs to be in neutral to start. So the only reason it wouldn't start was because it was in drive. And I didn't think to check. So that was embarrassing... But at least it was an easy fix. Then I had to call the mechanic back to cancel and admit my stupidity again. Sheesh!

So yeah. I've been making great life choices lately... Any of you do anything ridiculous this week? Tell me all about it!