I'm borrowing this one from Runs With Pugs because, well, I love these things! This is a running themed Would You Rather... 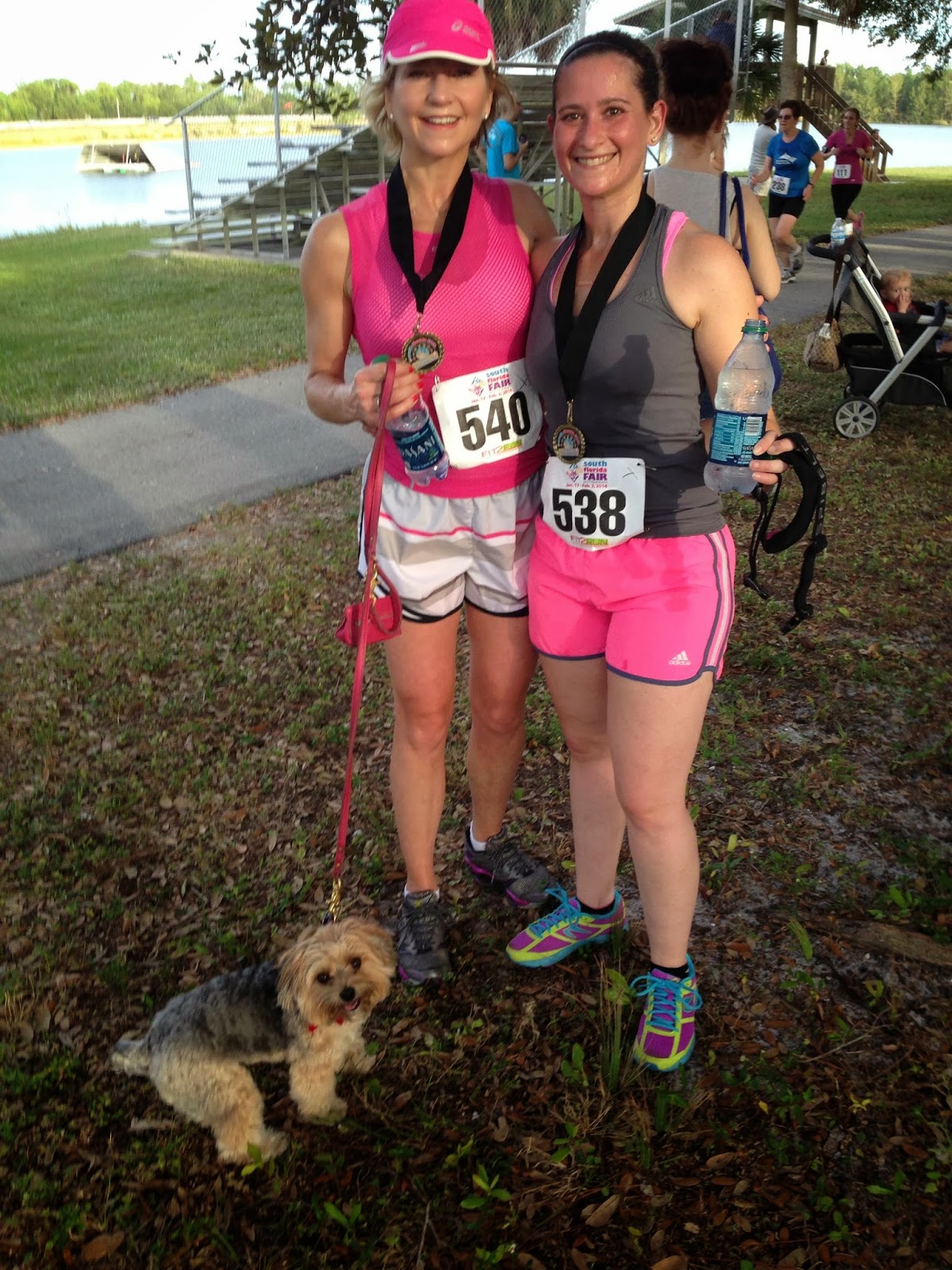 For me, it's definitely a 5K. I have zero desire to run a full. ZERO! I actually enjoy the 5K because it doesn't take up the whole day. And I do have a chance of achieving another PR someday at that distance. I think anyway! Also, the shorter distance is great for getting family and friends to join you! My only dislike of the 5K is that some days I feel like I haven't warmed up until I'm at the end. And that's a bummer!


I think a hot flat race. Maybe. I really hate the cold. I don't mind hills so much. But I prefer the rolling ones to the long slow incline type. I'm going to stick with hot and flat. 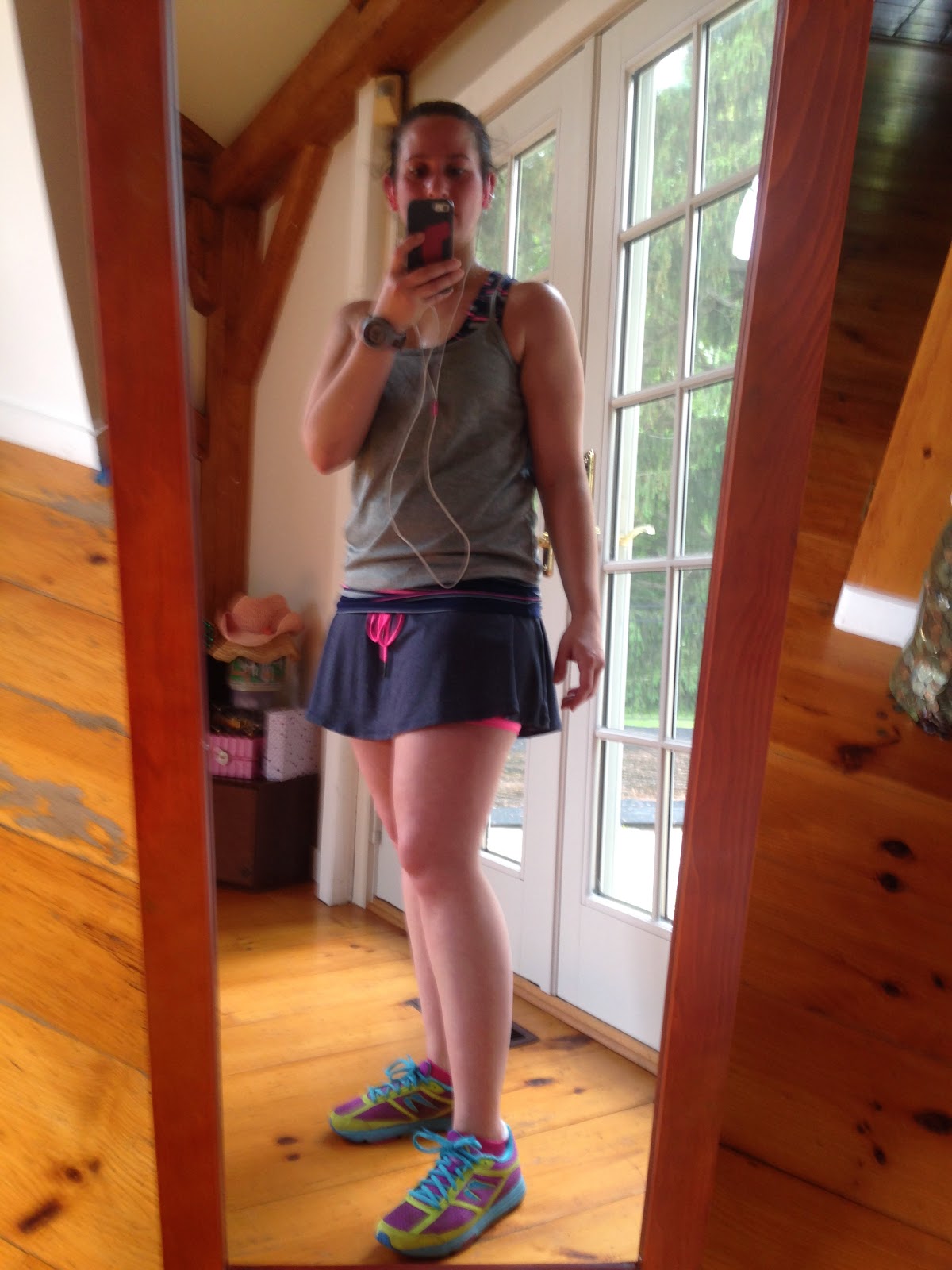 I tend to wear my shoes until they're not good anymore. So I guess my answer to this would depend on where I am in my shoe cycle. But if they're good, I'd say outfit. I love clothes!

4... run a marathon without headphones or a garmin? 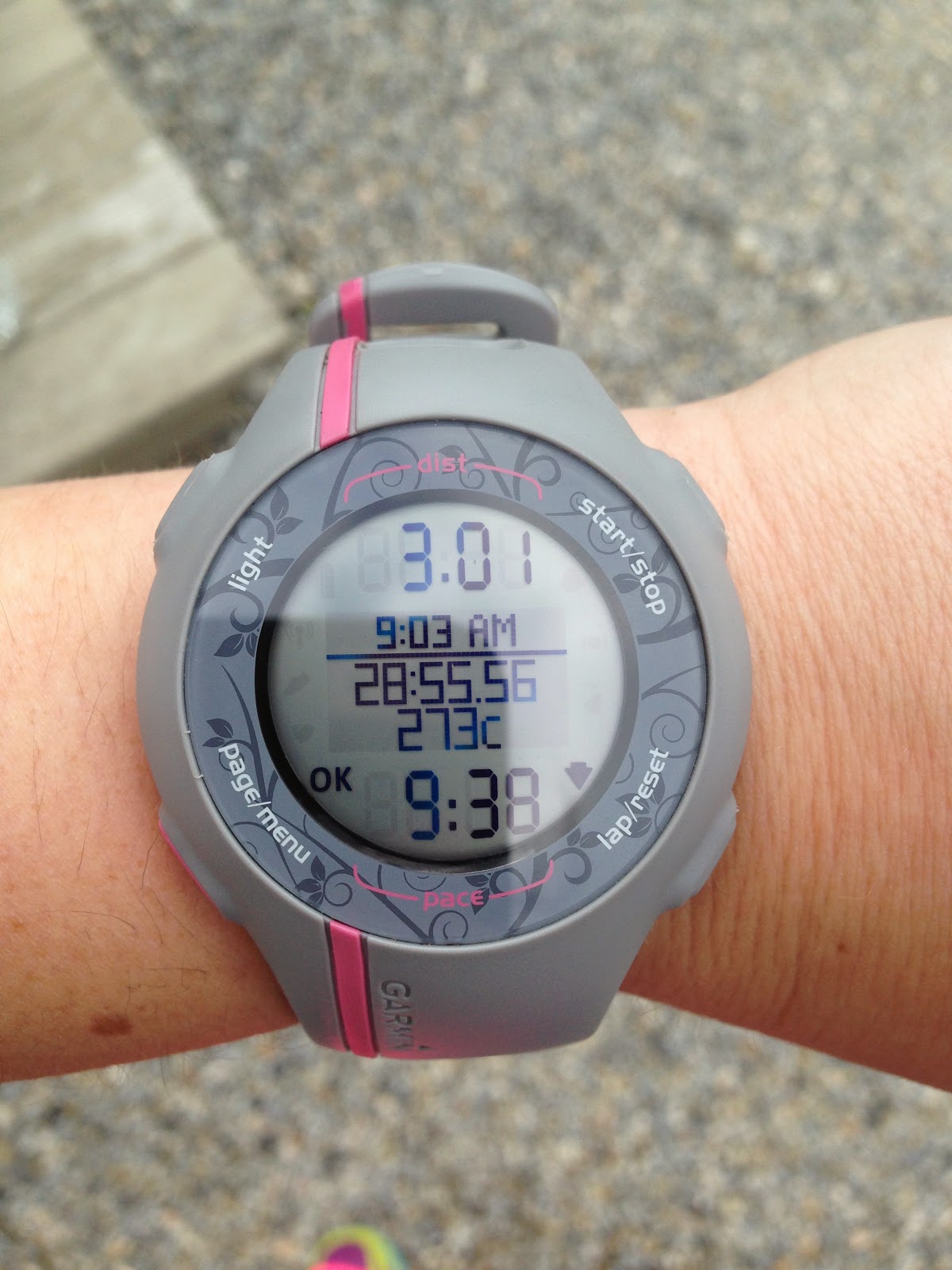 Well we've already established that I will not be running a full. But hypothetically, I would rather have my watch than headphones. I run without music fairly often, especially at races. There are so many people in the back where I tend to be, I'd rather strike up a conversation than listen to tunes I think. I've had my watch malfunction on runs before, and that's far worse. I like having an idea of where I am at all times. Towards the end of a half, those later miles seem to go on forever, and at least with the watch you know how much further you have left!

5... run a race because of the convenience (location, price) or the swag? 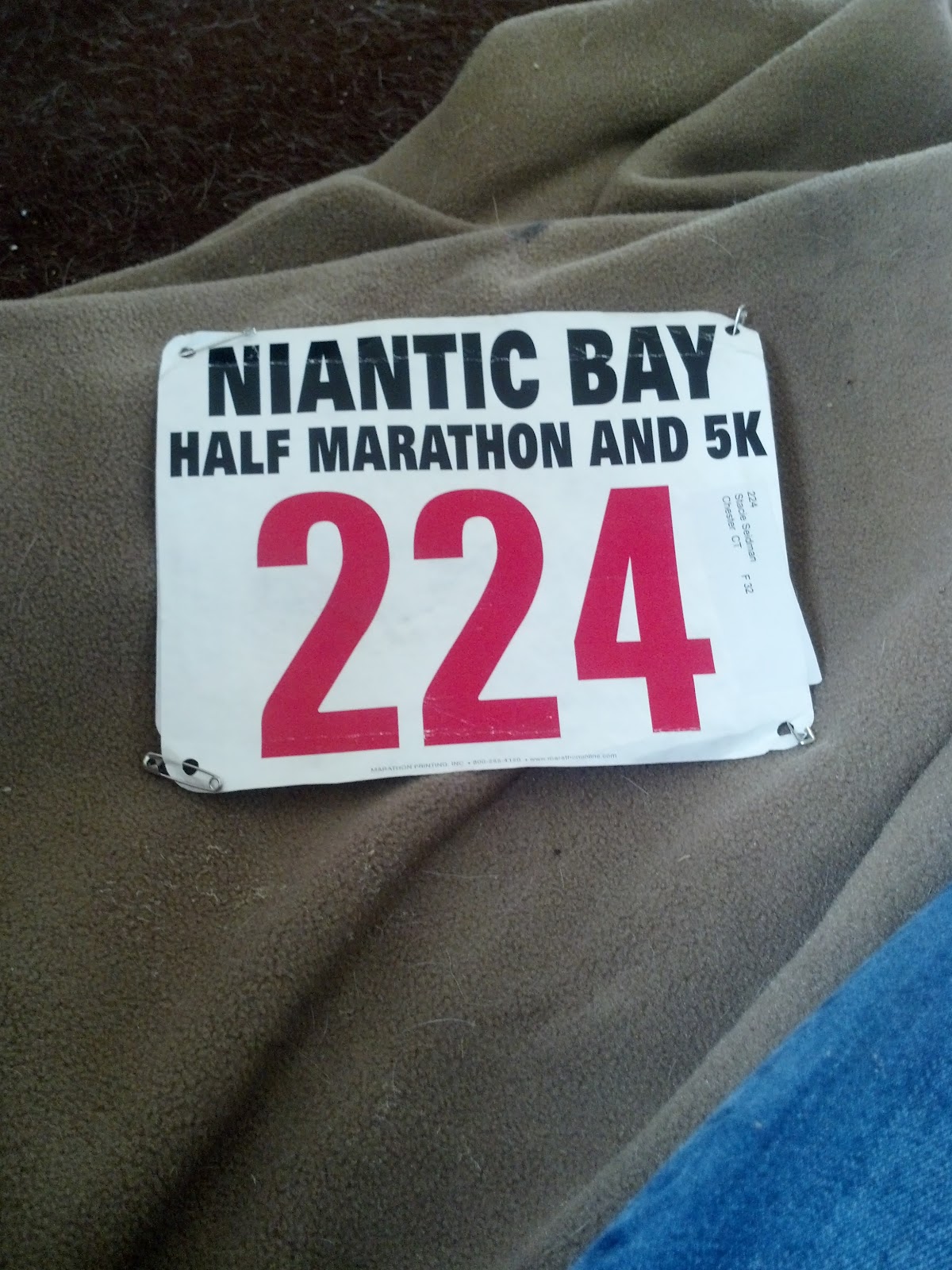 It kind of depends really. There is a half sort of near me that is convenient, cheap, AND has great swag, so obviously I've run that one. The number above is from a half that has very little swag (t-shirt but no medal), and I doubt I'll run that one again. I have to fit races in around my horse show schedule so often that means convenience wins out. But I'm DYING to run another Disney half, and that's mostly because of the swag. I guess if it weren't for the horses, swag would definitely win out. 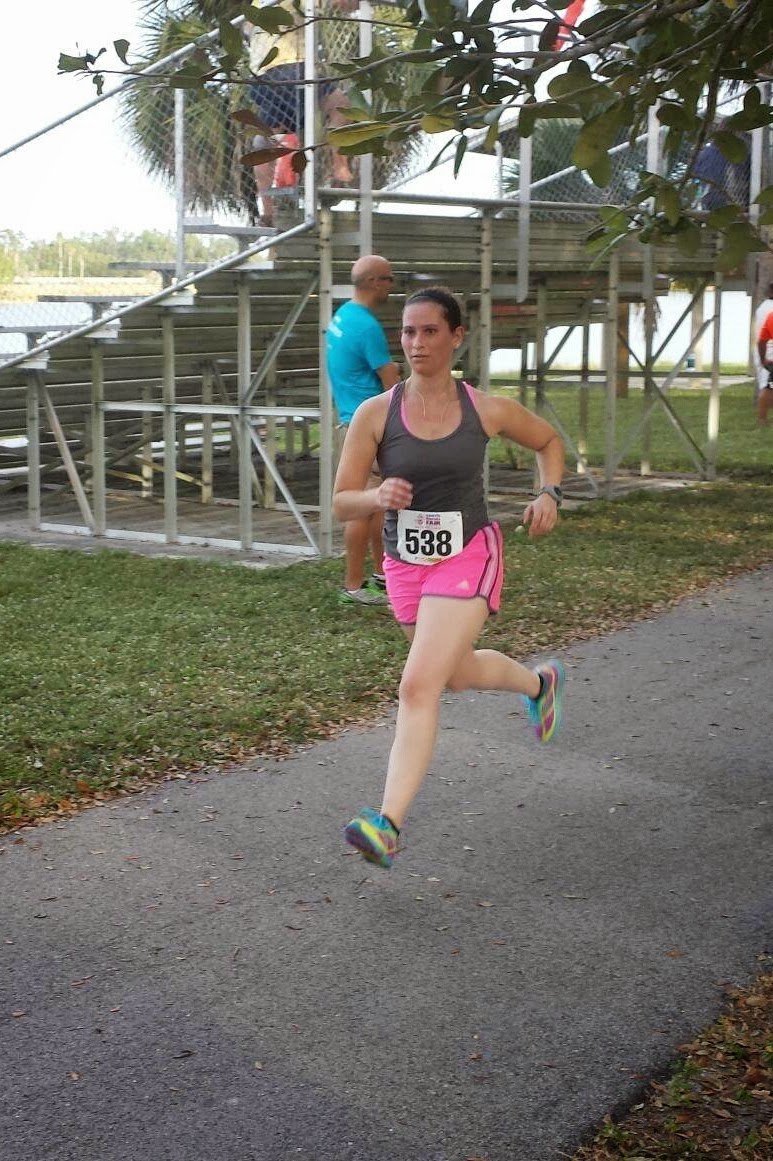 I am definitely more of a finish healthy kind of runner. I'll never be fast. Unless you're an elite athlete, I feel like finishing strong and healthy is definitely a better plan that potentially never running again, just to see a lower number on the clock. But maybe that's just because I'm not actually good at running? 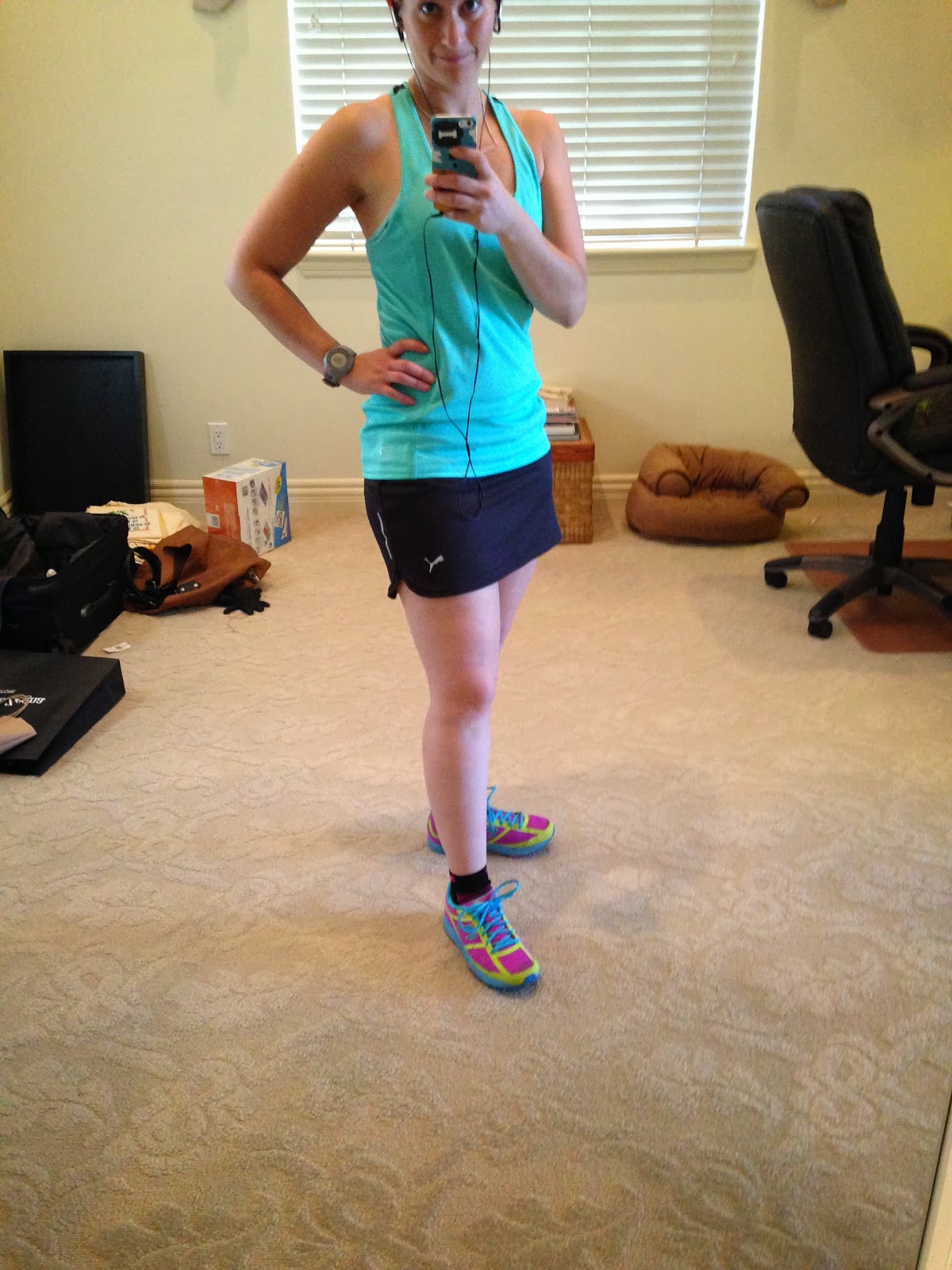 8... run without socks or without a sports bra? 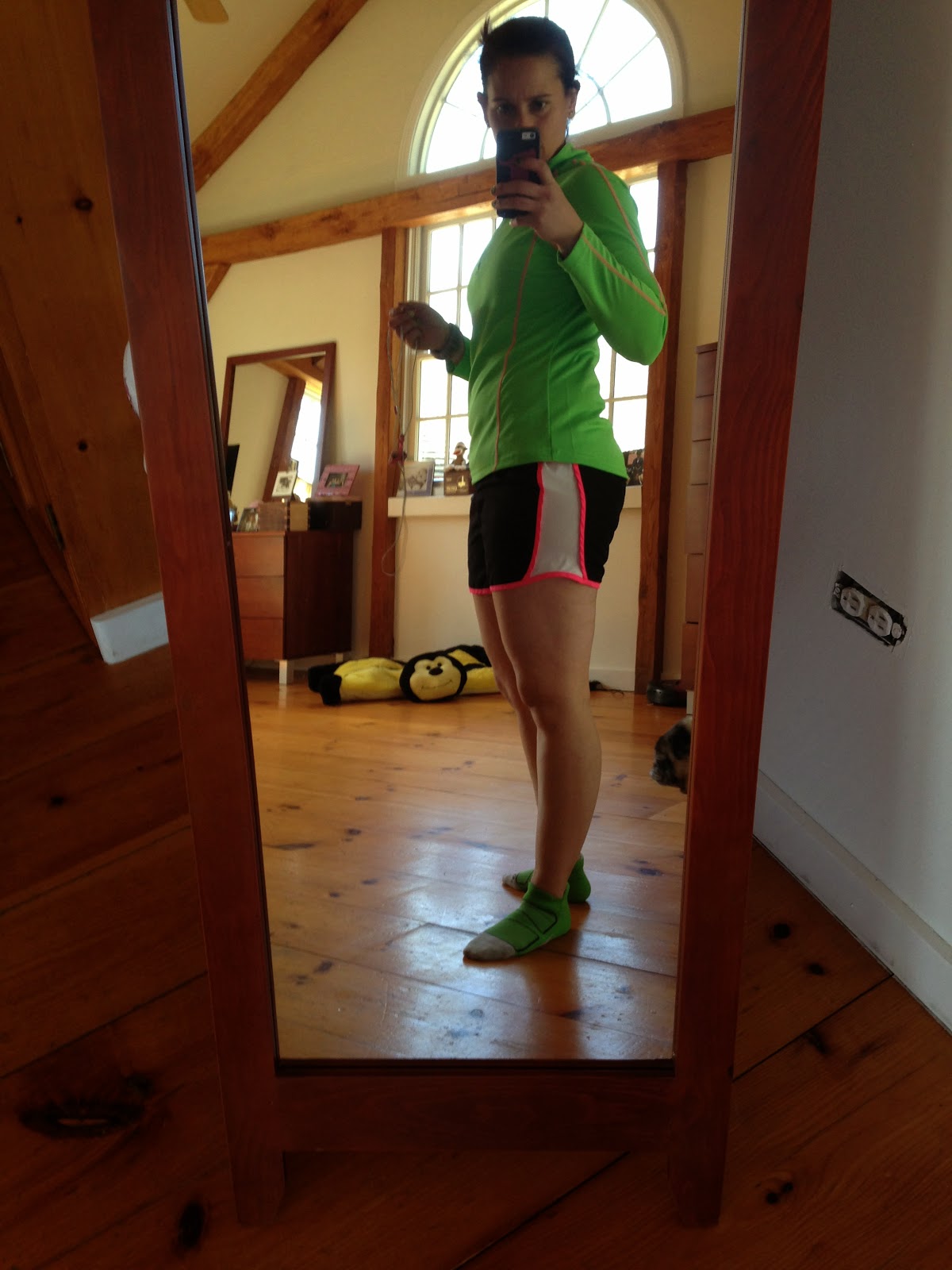 As you can see from this photo... not much need for the bra. Socks on the other hand? My feet need socks.

9... run on the treadmill for an hour or run around the same street block for an hour? 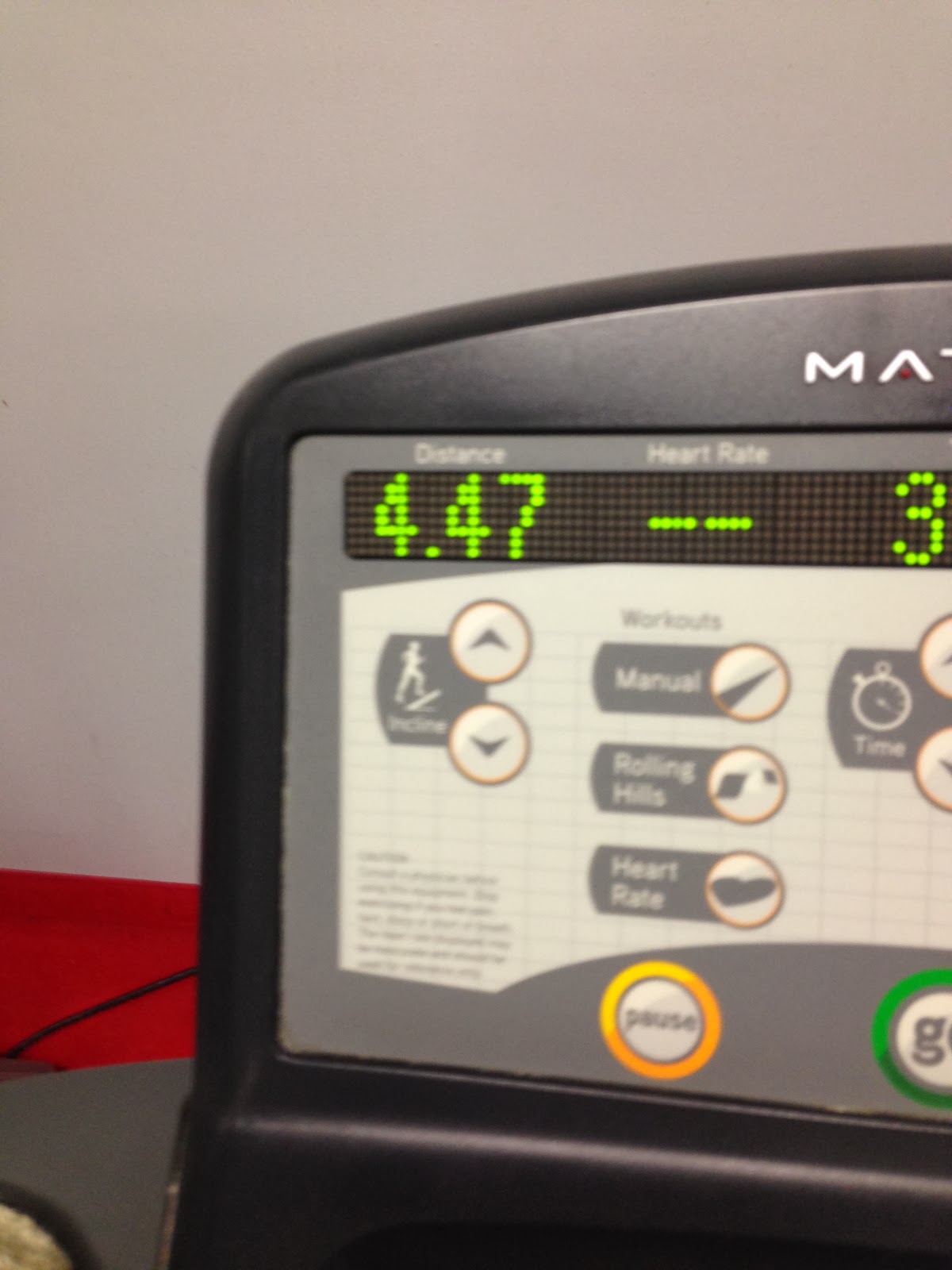 Definitely outside. Unless there is high risk of me getting shot in a drive by or something... 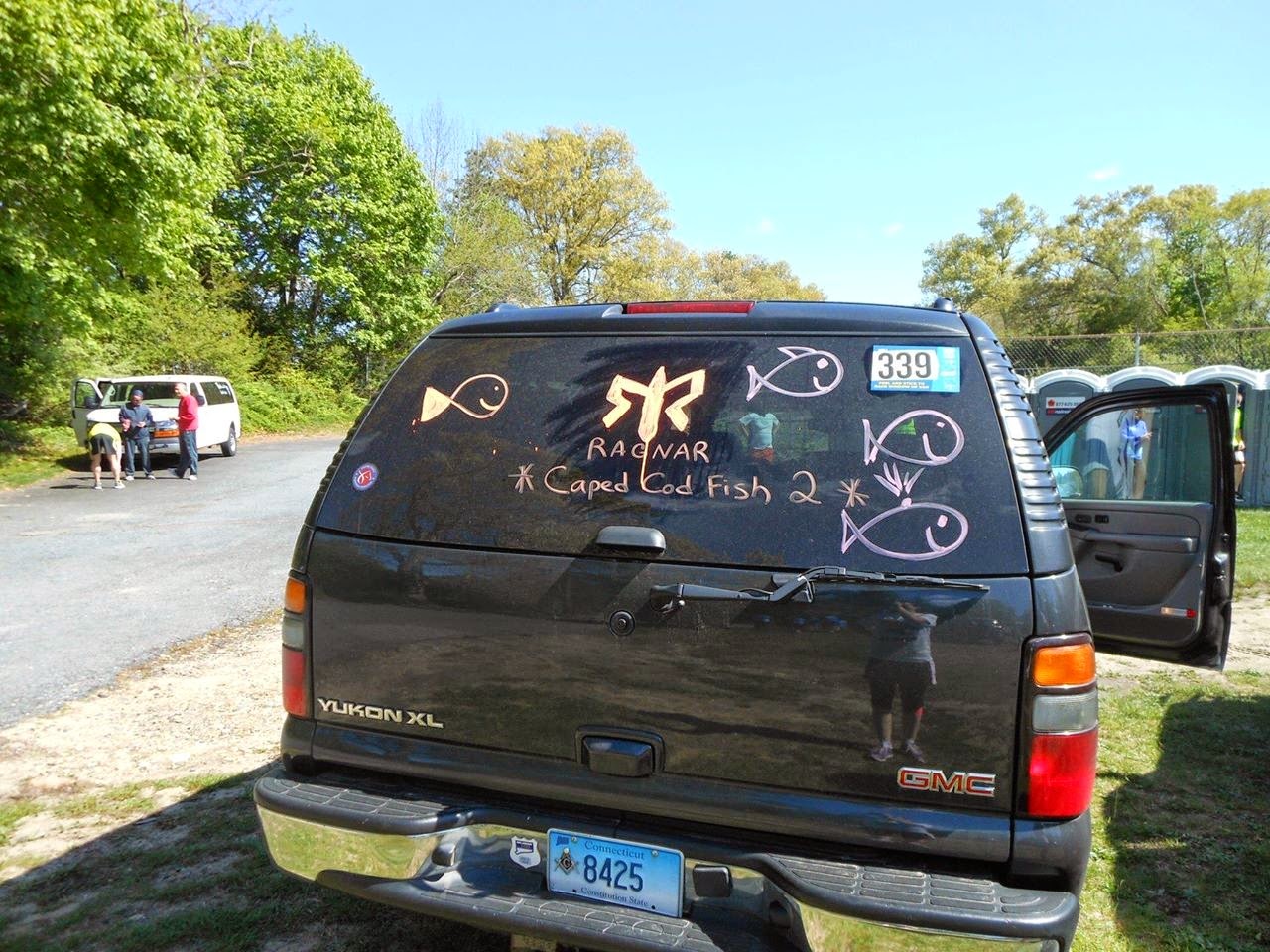 I've actually done both, and both were super fun. But I think Ragnar is way more fun! I may look to do another at some point!


I'm not posting a photo for this one!

I'd rather do neither. But I'm going to say naked yoga, because I could probably do that at my house where no one would see me!

12... give up running for three years and get qualified for Boston, or run whenever you want and never qualify for Boston? 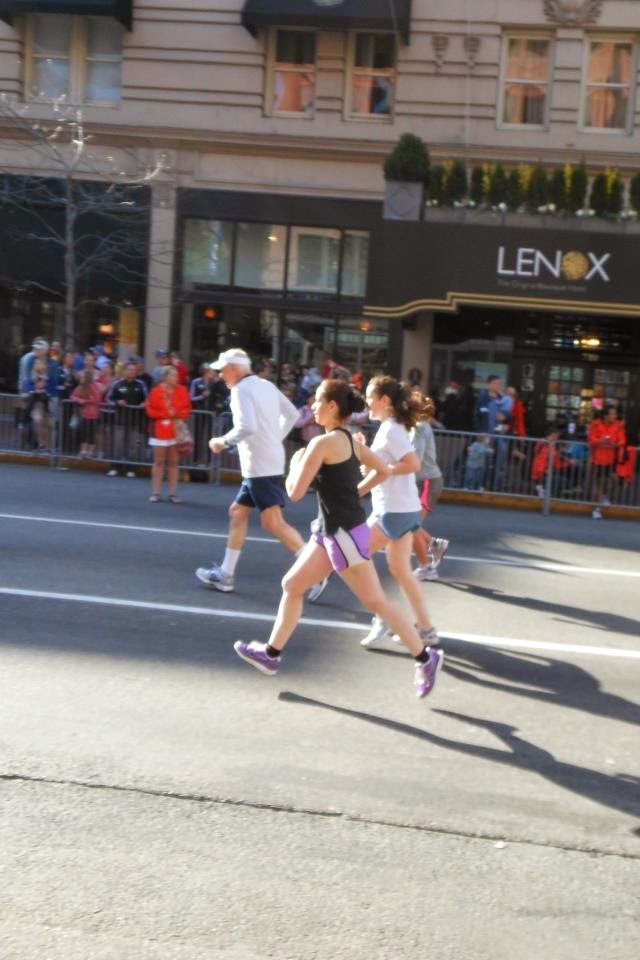 As previously mentioned... ZERO DESIRE TO RUN A FULL! EVEN BOSTON! Although they do have a lovely (albeit crowded) 5K the day BEFORE the marathon, which I must say is a lot of fun. Probably more so than running the marathon.

Email ThisBlogThis!Share to TwitterShare to FacebookShare to Pinterest
Labels: 5K, half marathon, ragnar relay, runner, running blog, would you rather