La Mundial: The good and the bad 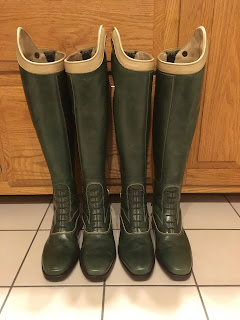 Back in November I stopped by Equine Affair and made a really irresponsible decision to order some green tall boots. Against my better judgement, I chose to get them through La Mundial. I wanted to give them another chance since I had heard great things about how they had turned the company around. I'm all about second chances. And third sometimes... I'm slow to learn a lesson apparently.
My boots took a little longer than expected because the first pair they made had a defect in the leather and they didn't want to send them to me. Instead, they made a brand new pair and they were almost perfect! To make up for the long time waiting, they sent me both pairs of boots. I thought that was so awesome and they really didn't have to do that. They do sell unwanted boots in their store in Wellington, so they could easily have made some money back on the defective pair. 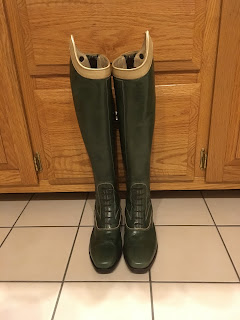 Since the boots came during my non riding season, I wore them around the house some to try and get started with breaking them in. But they really were a bit snug. The bonus pair so much so I couldn't actually get them zipped. The good pair fit pretty well, but the snap on the right boot came undone as soon as I took a step. While they were a little tight back then, I lost some weight and they're perfect now.
I figured I would bring the boots down on my next trip to Florida and have them fixed up. So on April 26th I dropped them off at La Mundial. They said they would be ready on April 29th. Perfect. April 29th I went in, and the bonus pair still didn't fit. They re-took my measurements and realized that the actual measurements around the OUTSIDE of the boots were my leg measurements. Obviously, that's not quite right. So they said to leave them and they will stretch them more. I paid to have them shipped back. They also kept the good pair, both to use as a guide and because they had replaced the wrong snap so that still needed to be fixed. (They replaced the one on the bonus pair by mistake instead of the good pair.) 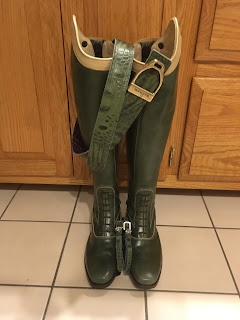 I was told I would have the boots back in two weeks or less. Awesome! I offered to pay for the snaps and/or the stretching but was told just to pay the shipping. Also awesome! Thanks La Mundial! Now fast forward... I contacted them after three weeks when I still hadn't seen my boots. I was told they weren't ready yet, but they would be in another two weeks. Ok. Two more weeks go by. I get told they will ship that Friday and was even give tracking. Yay! Only, the tracking never activated. So I contacted them again. I had been conversing via text initially, but then my texts went unanswered. For several days and multiple attempts on my part. I tried the contact form on their website, also unanswered. So finally I called, and got a live person. They said the boots were not quite ready yet, but would be soon. She said she would call me in a day or two once they've shipped. This part went smoothly finally. The boots shipped and arrived yesterday. But nothing actually got done. NOTHING. My right boot still doesn't stay snapped: 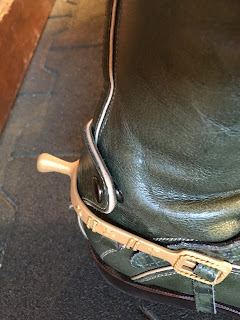 The spurs kind of keep it closed, but not really. Other than that though, the good pair is actually great and fits well. I can ride in them and they're definitely useful.

The bonus pair wasn't stretched at all: 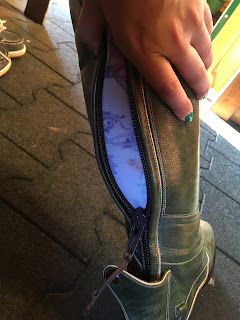 I can't even zip them. And the snap is actually missing on the right boot: 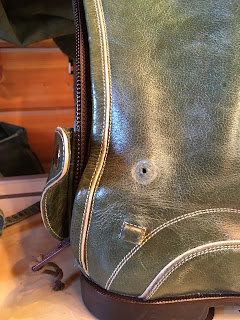 So obviously, that one doesn't stay snapped either ;)

But here's where I don't know how to proceed. I'm not comfortable returning the good boots again, because who knows if I'll get them back. Maybe I can just have a shoemaker or someone at Beval replace the snap. But the bonus pair? I mean I didn't actually pay for them, so I don't want to make a big deal/fight about them. But on the other hand, they're of no use to me. I guess I can just give them back to La Mundial when I'm in Florida and say thanks but no thanks? Or just let them sit around my house in case I lypo my legs? I just don't really know what to do.
What do you guys think? Should I try again to get them to fit me and have a snap installed? Should I just let them collect dust? Do I even bother contacting La Mundial about any of this? I don't want to be an ass. And as far as the free boots, they were free, so I don't really have much right to keep working on them. But what about the good pair with the bad snap? Ugh. I just am not sure how to proceed. What are your thoughts?