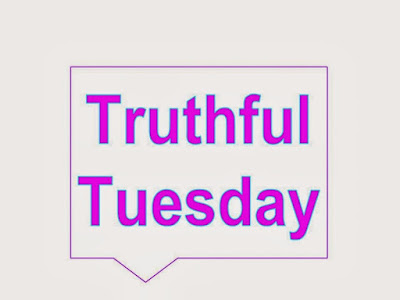 I'm almost embarrassed to write this post. Almost. But like... you guys get me, so I think it will be ok. Let me preface this by saying I had zero plans to get more boots. I haven't even broken in the ones I have. And let's be real, I have almost all the colors covered at this point. But...
There's always a but.
I'M A SUCKER FOR A DEAL OK?! And if that deal is limited? It's too hard to pass up. I mean, if it's meant to be, you can't ignore fate, right? Right.
So I'll get to the point. I've been drooling at the Celeris boots for awhile. I tried to get some leftover boots from them once but the only pair in my size was a dressage boot with a side zipper, so no luck. Well. They were offering 20% off a custom pair to the first twenty people to respond at a certain time on Black Friday. So I figured I'd give it a shot. I was already late when I saw the post (it was an hour and half after it was posted) so I figured I wouldn't get there in time. Well. I did. I haven't placed my official order yet, just the deposit to hold my spot for the discount.
I bet you want to know what I'm planning though, huh? I've  been wanting a black boot with rose gold accents to match my fancy new One K helmet (and maybe the horses have some rose gold stuff also... Too bad Eros will look terrible in that shade.) So that's going to be my color scheme. Fairly simple in the color department, but I think they'll be really pretty.
I'm going to mix and match a few things. I want a field boot (laces), so this model: 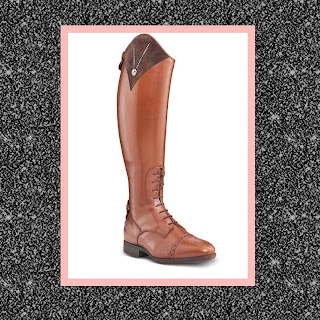 Picture it black though...

I don't want that top on it, I want this one: 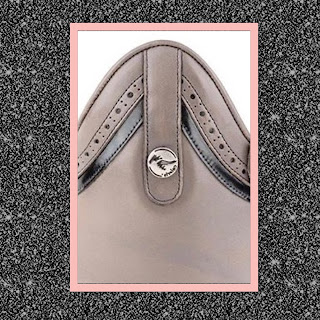 Everything here that's gray, will be black, and that black part will be metallic rose gold.
And then for fun, I want to change the toe to this one: 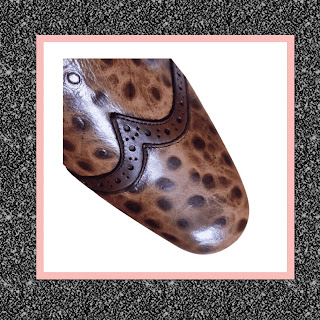 No leopard obviously. The leopard will all be black, and the brown barn would be the rose gold.
And then I'm hoping to add rose gold piping around the laces and heel details. I'm also going to ask for an elastic panel in the back. I know the whole point of custom boots is to not need the elastic, but with the way my legs swell, I much prefer having a little give.

So yeah. Boots. I wish that was it... but I also have another pair in the works with Fama. Because I had a brain storm, and they were having THIRTY PERCENT off! So... you know. And they will literally do anything you can think of if they're able. So here's what's happening there (tentatively, awaiting approval from the boot maker if it's possible.
It's going to be a field boot, much like these: 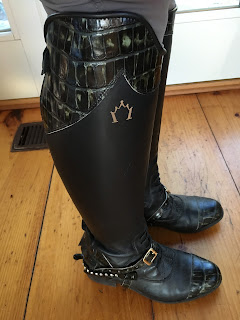 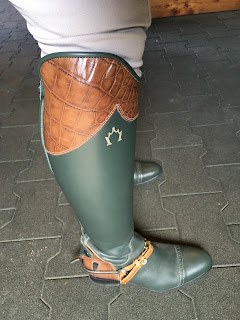 I'm not doing that fancy top like this one has... Instead, the boot will be all one color up top. And I'm having my logo cut out of it. 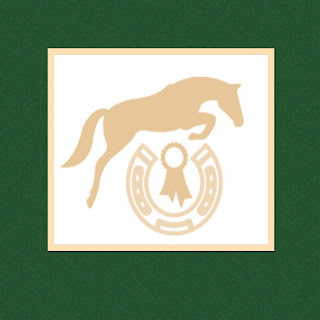 It has to be simplified some for it to work, the horse shoe and ribbon will need to be solid instead.
Behind the cut out will be (hopefully, this is what we're waiting on approval for) this shiny gold leather: 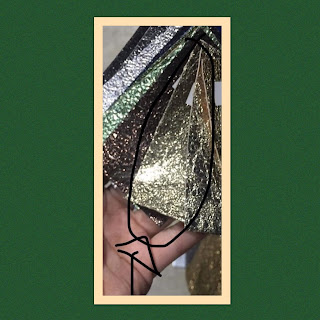 So it will look like this boot top, but instead of the horse, my logo: 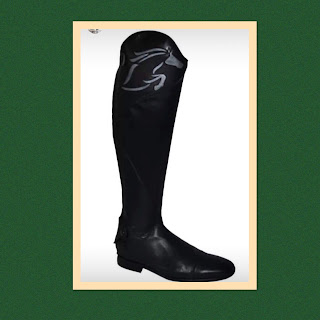 And then I'm hoping to do the toe cap and heel in the same gold leather. Or maybe just do something similar to the Celeris foot with the gold. That might be better, not sure how well that gold will hold up on large surface areas.
Of course, it would be really selfish to only get myself presents on Black Friday. The bay boys really have everything they could ever need, so they didn't really benefit too much. Rio got some new wraps and flavored sugar. Jamp got a pair of Back on Track hock boots. I also got a set of quick wraps they can share (in GREEN!).
Eros made out the best since he has less stuff. He went on a Back on Track shopping spree... Tack of the Day was giving away a pair of quick wraps if you got a mesh sheet, so I got him one of those in navy (to match his barn's colors). Also grabbed another pair of quick wraps for him, so we can do all four legs. Not even sure I'll like quick wraps... But I love how the BOT stuff makes me feel when I use it, so I figure they're worth trying. Grabbed him a navy neck cover also.
Then I was perusing the interwebs for some things for my blogger secret santa gift and found this browband for $35 that would look fab on Eros: 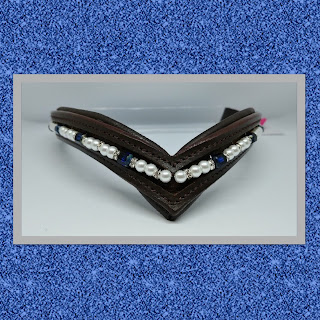 He also got a wool color from PS of Sweden in navy and a saddle pad. Seriously, that horse is spoiled. Other random stuff was a pair of George Morris breeches in navy from Riding Warehouse ($59!), some bell boots for Eros (his went missing already), and I got an Ariat sweater from RW also.
Needless to say, I went a little nuts, and selfishly, most of the expensive stuff was for ME. Oops. Well, me and Eros really. He did quite well this year.
So what about you? Snag anything exciting in all the sales? Have anything fun on your gift list that you're  hoping for? On a scale of 1 to 10 (1 being totally amazing & fun, not ridiculous at all, 10 being out of control, there should be a rehab program for people like me), how ridiculous do you think I am with the boots?
And lastly, (but most fun) if you could design a pair of boots all on your own, what would they look like? Let me know here, or get creative and write your own blog post about your dream boots!