Monday AGAIN?! Sheesh. This Monday, for a little something different, it snowed. Oh wait.... That's not different at all, is it? 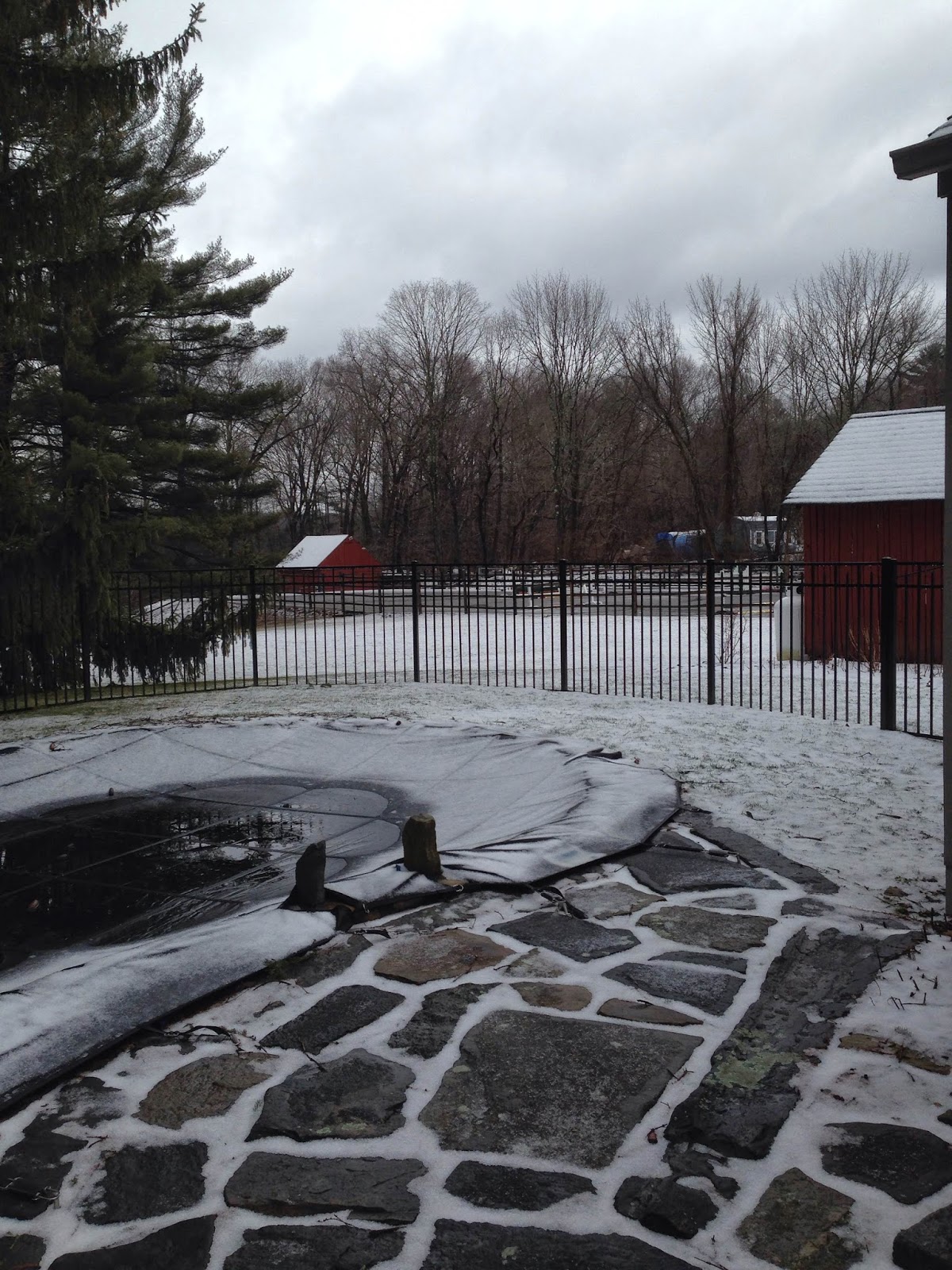 No Mani Monday today. Sorry... Maybe for Thursday :) But I DO have some running stories to share and pony pics today. What's better than that?


Up until today when it started snowing again, CT has been getting a LOT of rain. A lot. The bonus is that at least it was warm enough for rain! My Thursday run didn't happen because it was 17 degrees out in the morning, and I had plans that evening. Katie (check out her blog here!) mentioned that she was heading out Friday evening for a short run, so I decided to join her. In the rain. Yep. We decided since it was raining and a bit chilly that 3 miles was long enough! Despite starting out a bit slow, the run was decent! It even stopped raining about halfway through. 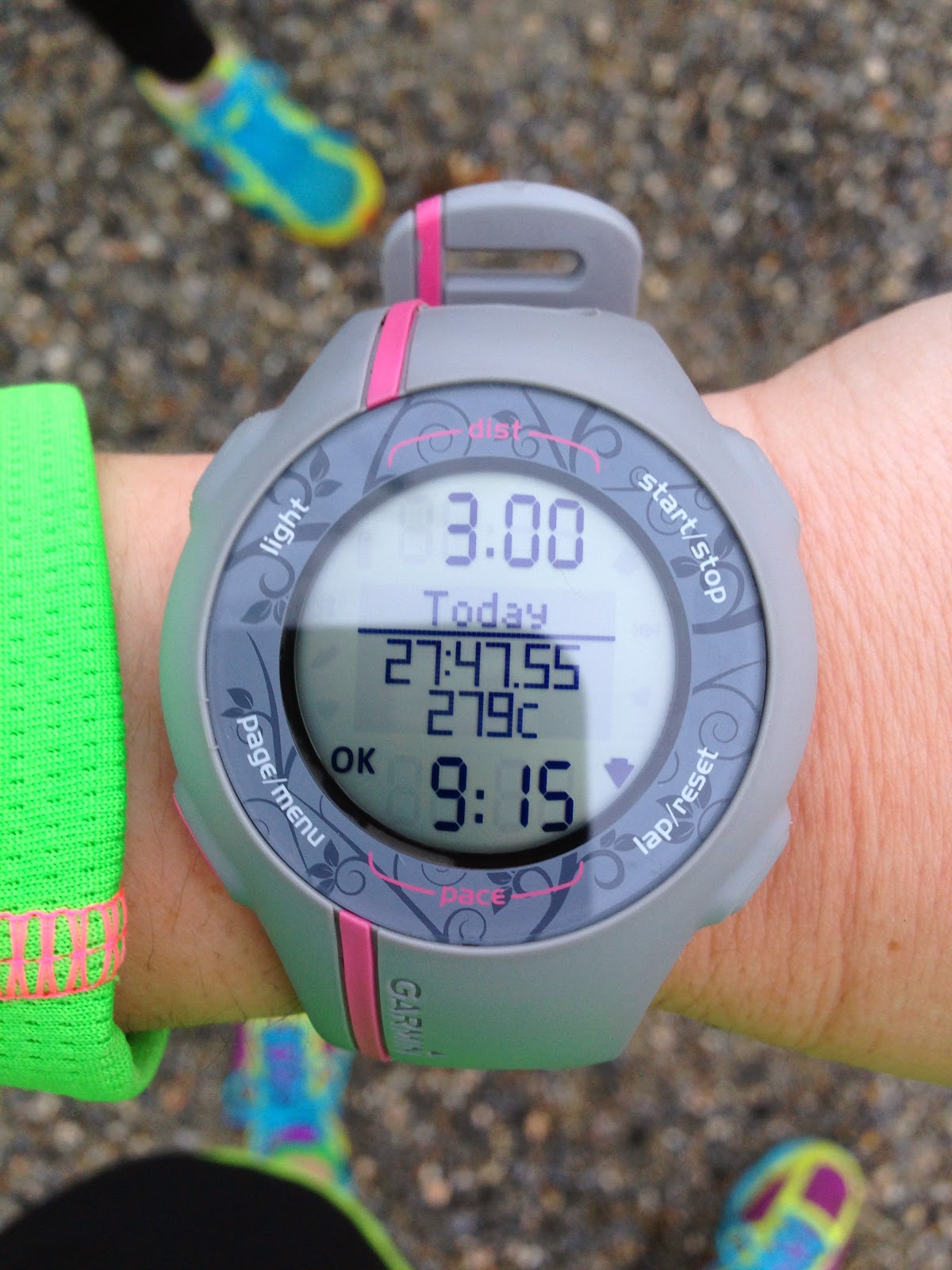 I spent most of Saturday playing with my ponies. The weather was not cooperative during the week to ride after work (it was really cold again last week) so each horse needed a little play time before riding. I can't really think of a better way to spend your Saturday than in the barn! Can you?

The horses were great, but I'm becoming increasingly more aware of how out of shape I am from three months off! Rio was easy of course, but Jampy was reminding me how much strength I've lost. Hey, someone has to do it since I apparently was unaware! Ducky was fantastic this weekend, and we were able to work on his canter more than I expected. Did I mention it rained the whole day? Cause it did. By the last horse it was getting pretty chilly out too. Ugh. But at least they all got worked! And the footing was holding up too.
Ducky wanted to take some selfies after riding: 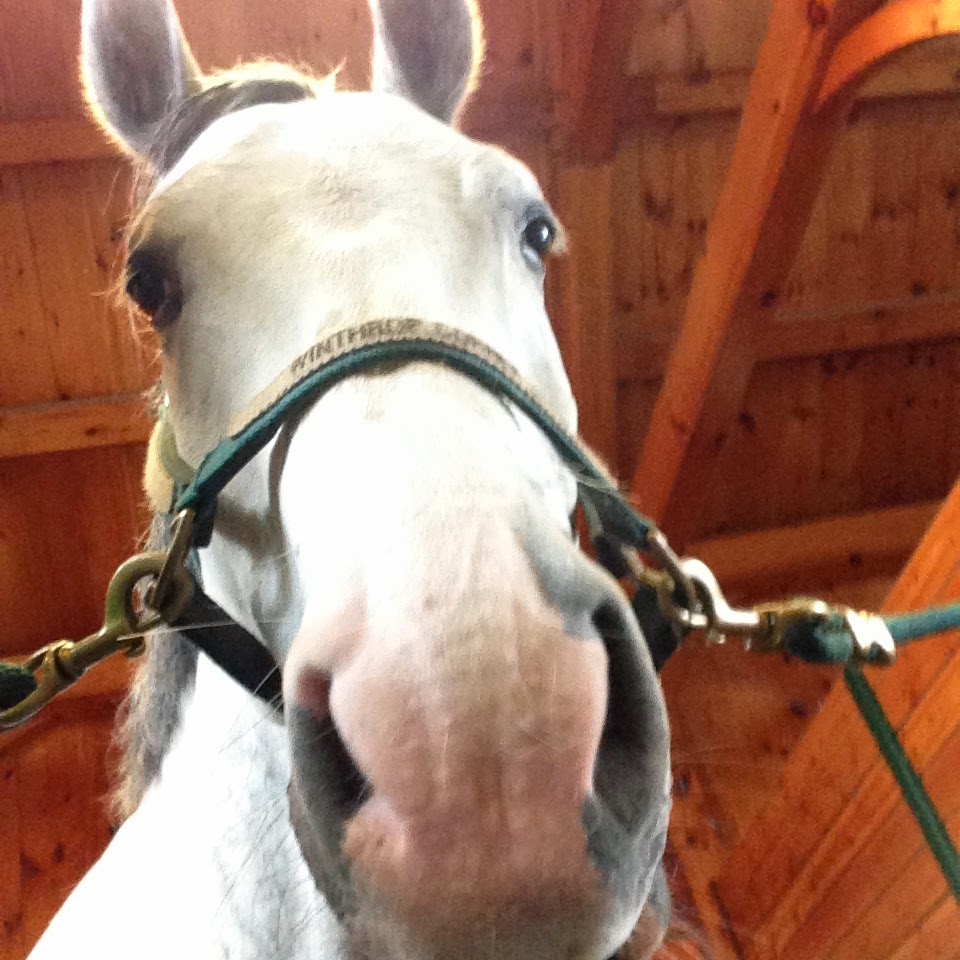 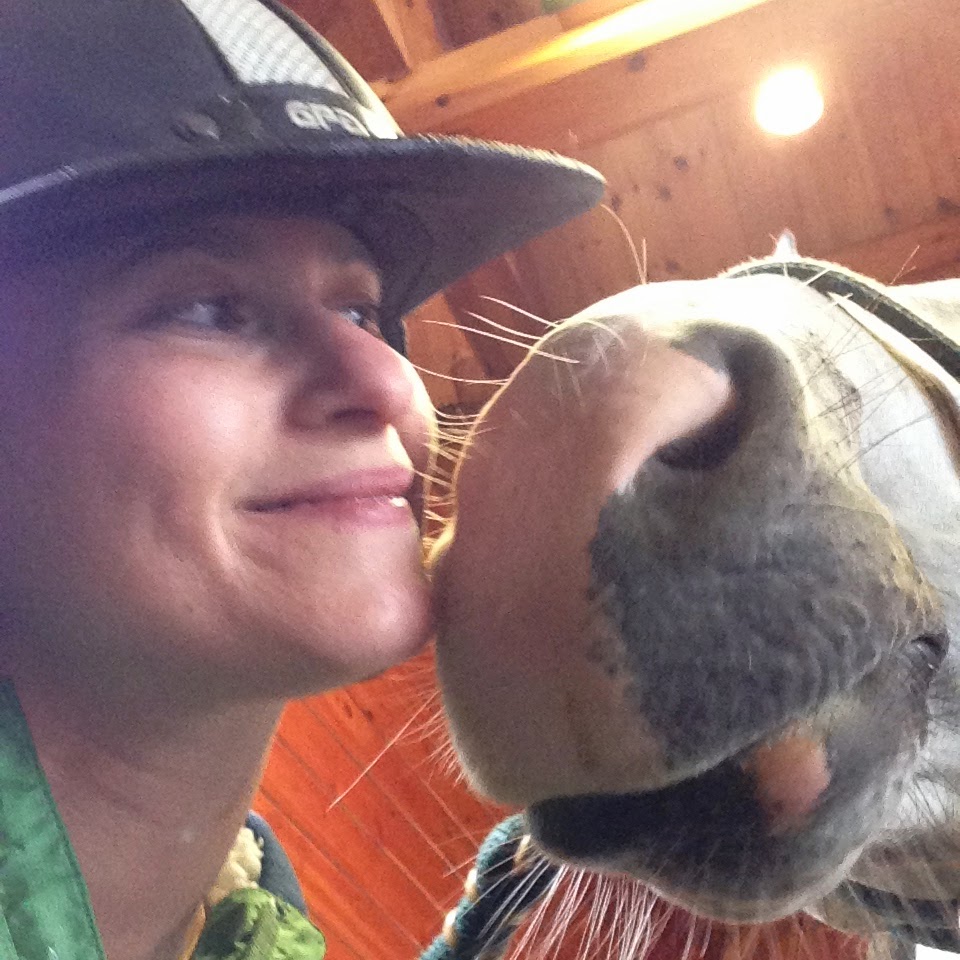 Sunday was another run day! Katie has been telling me about a run/walk program she's trying for her marathon training. You run 1.5 miles and walk 1.5 minutes alternately. I was curious if this would be as great for me as it's been for her, and had mentioned wanting to give it a shot. She had an 18 miler planned, which obviously, I'm not up for, but we talked about me meeting her toward the end of her run for a few miles. 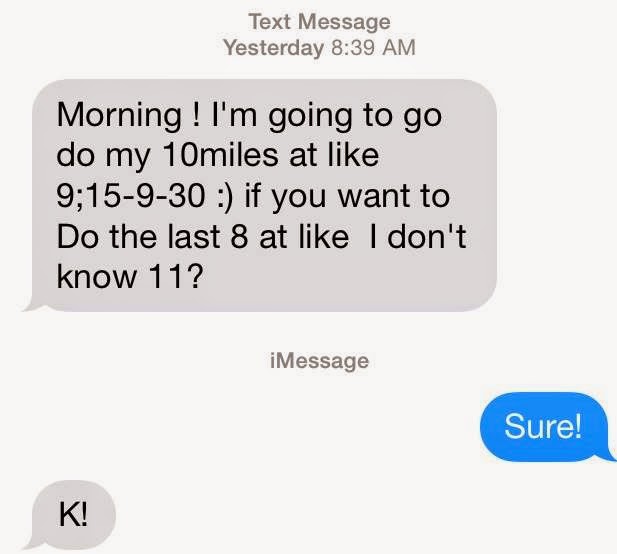 A few turned into 8 somehow. Who agrees to that after having not run more than 5 for at least a month?! Me I guess... Anyway, we headed out around 11:15. In the rain. I couldn't complain, since Katie had already run 10 miles in the elements. It was also quite a bit colder than Saturday, but once I got going I warmed right up. Even had to remove a layer! Funny how that works isn't it?

Overall, I did still struggle with the distance, but more so from adding a good 3 miles to my last long run. The walk breaks really did make a HUGE difference. I'm not sure if it was just mentally breaking the run up into segments or maybe it was just extra nice to have some stimulating conversation during the torture, but the 8 miles went by really quickly (seemed to anyway, we weren't exactly speedy)! 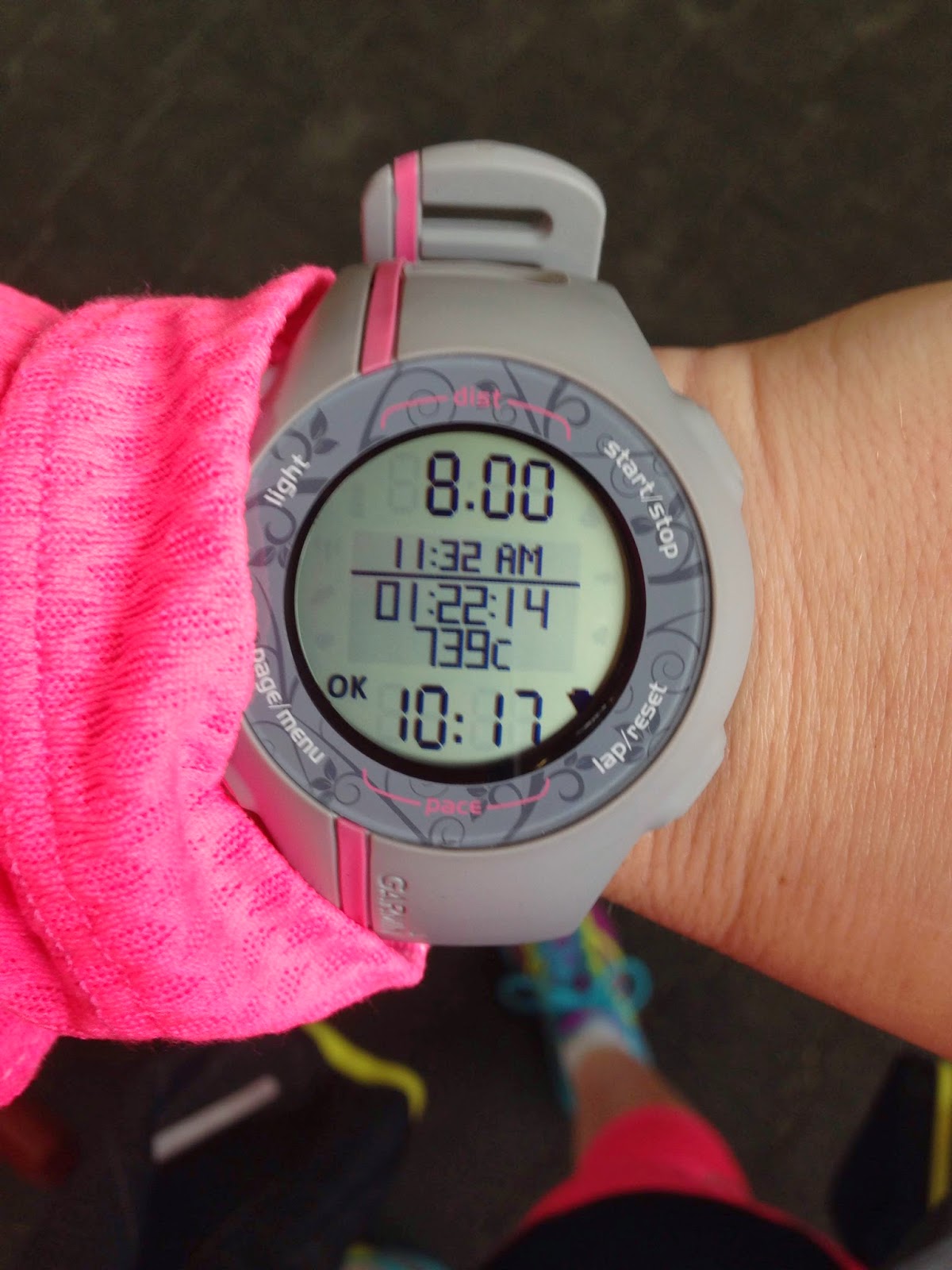 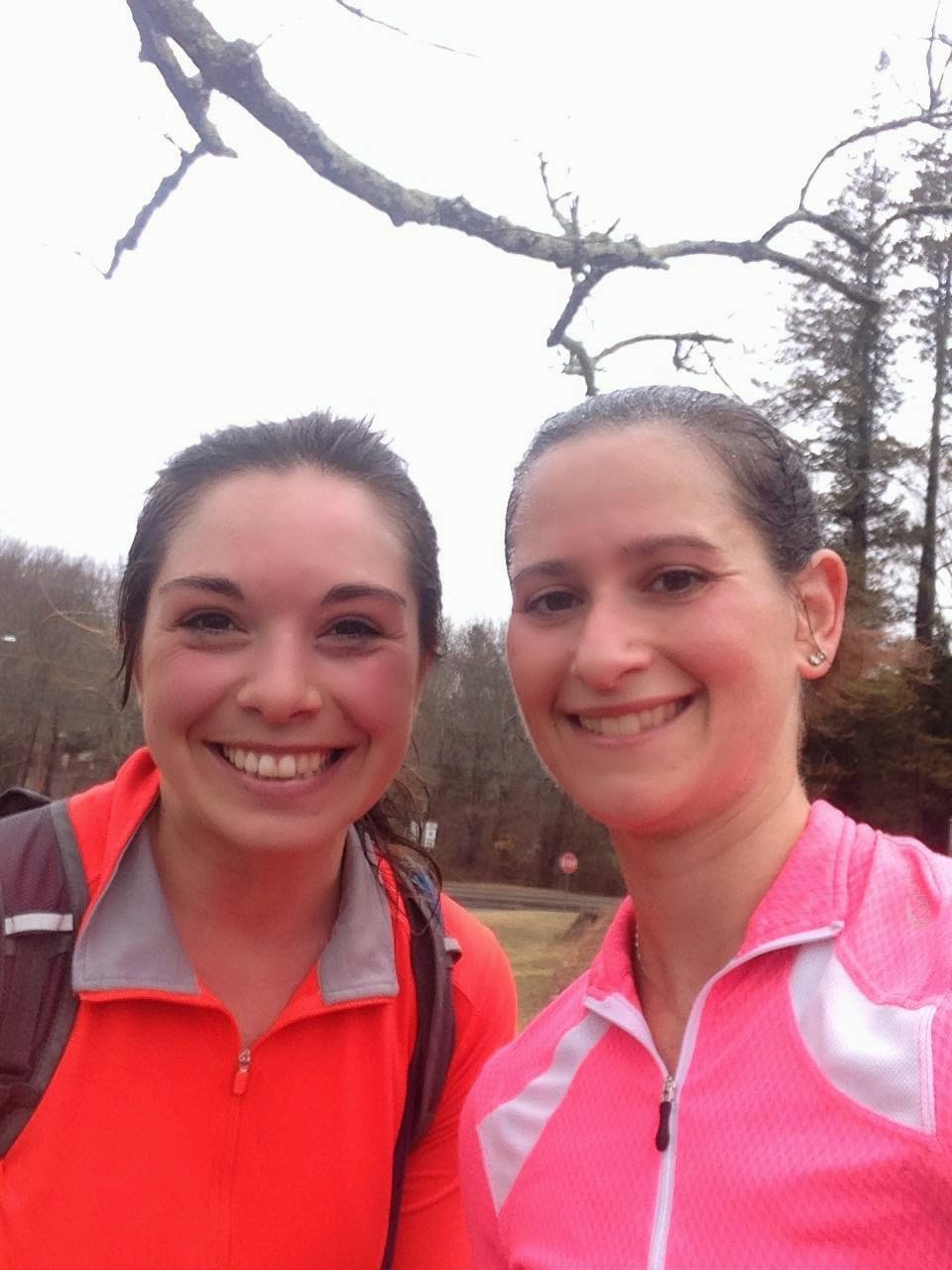 Katie looked a lot more lively at the end than me... Which is extra sad given she ran 18 miles! And I ran only 8. But clearly she's been training really hard! My props to her for being a running machine!
The rest of my Sunday was spent doing laundry and straightening up the house. I had hoped to work horses, but the torrential rains had left the footing a little questionable. It was also getting colder by the minute and VERY WINDY! All ingredients for an unplanned dismount if you ask me. I opted out, especially since my legs were exhausted!

So that was my weekend! Did you have any sunshine where you live? Do anything fun? Get a long run in?
Posted by Stacie Seidman at 5:03 PM