In the metaphorical sense of course, not ACTUALLY a long weekend. I mentioned on Thursday about my sick horse, but didn't get too much into it. Remember when I admitted my irrational fears about Rio? 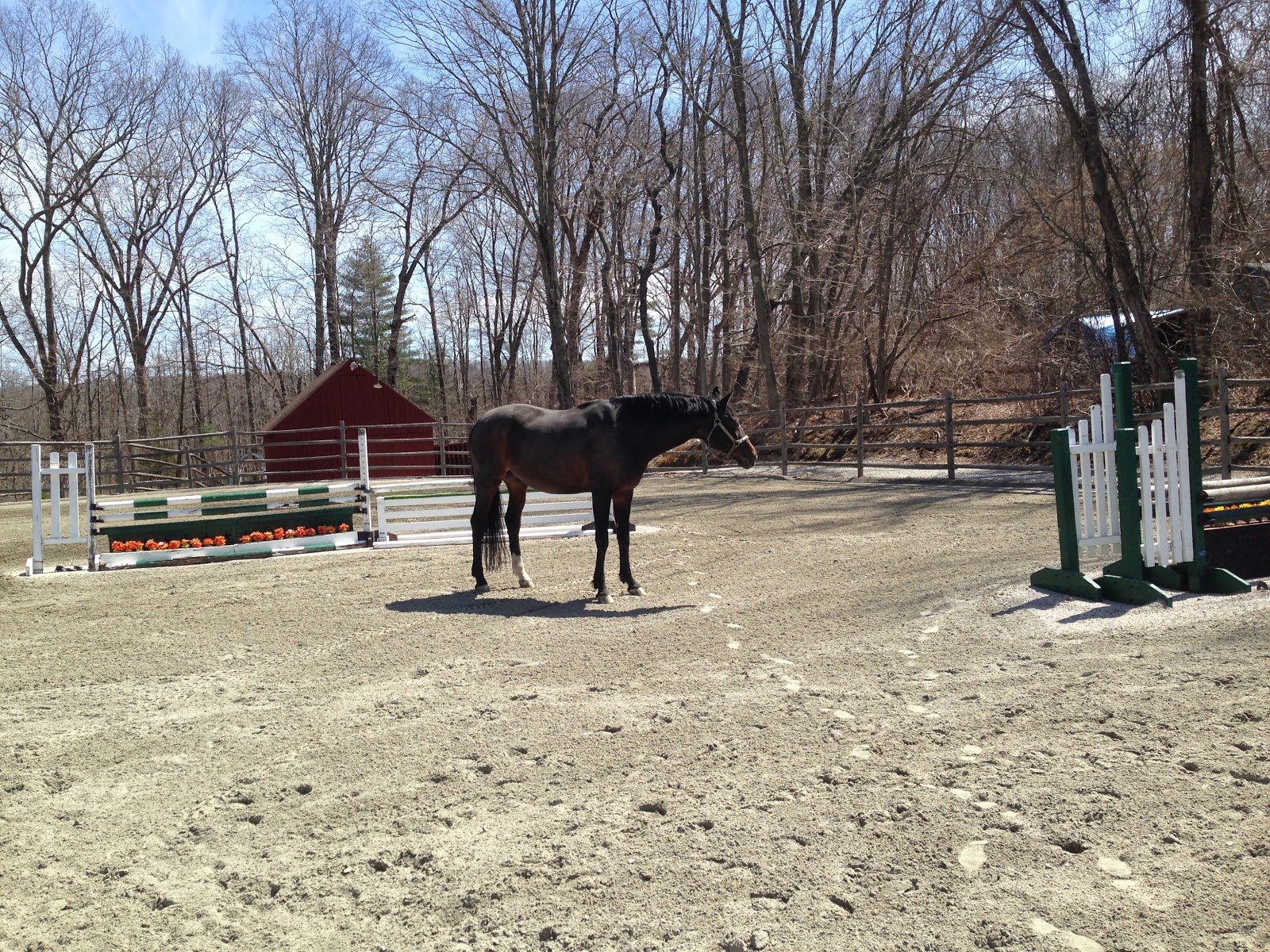 Well it's turned out they weren't so irrational. I thought he had a belly ache on Wednesday, but by Friday it was evident it was something much worse. He's very unstable on his feet and is having some difficulty with eating. We're still waiting for blood results, but he's been given an unofficial diagnosis of Equine Protozoal Myeloencephalitis more commonly known by its acronym EPM. It's a parasite that causes swelling in the spinal region resulting in loss of coordination and difficulty with other things like swallowing. The meds are on order, and should be arriving Monday. In the meantime, I've been waking up to check on him and spending as much time as possible in the barn. Just in case.

I've had Rio for 10 years and he's quite literally my best friend. It is torture to see him like this. He gives me these looks that just melt my heart. As if he's saying, "Mom, please make this better." I would definitely never be a good human mom as I have broken down in tears right in front of him about 100 times this weekend. Not a great way to reassure him... 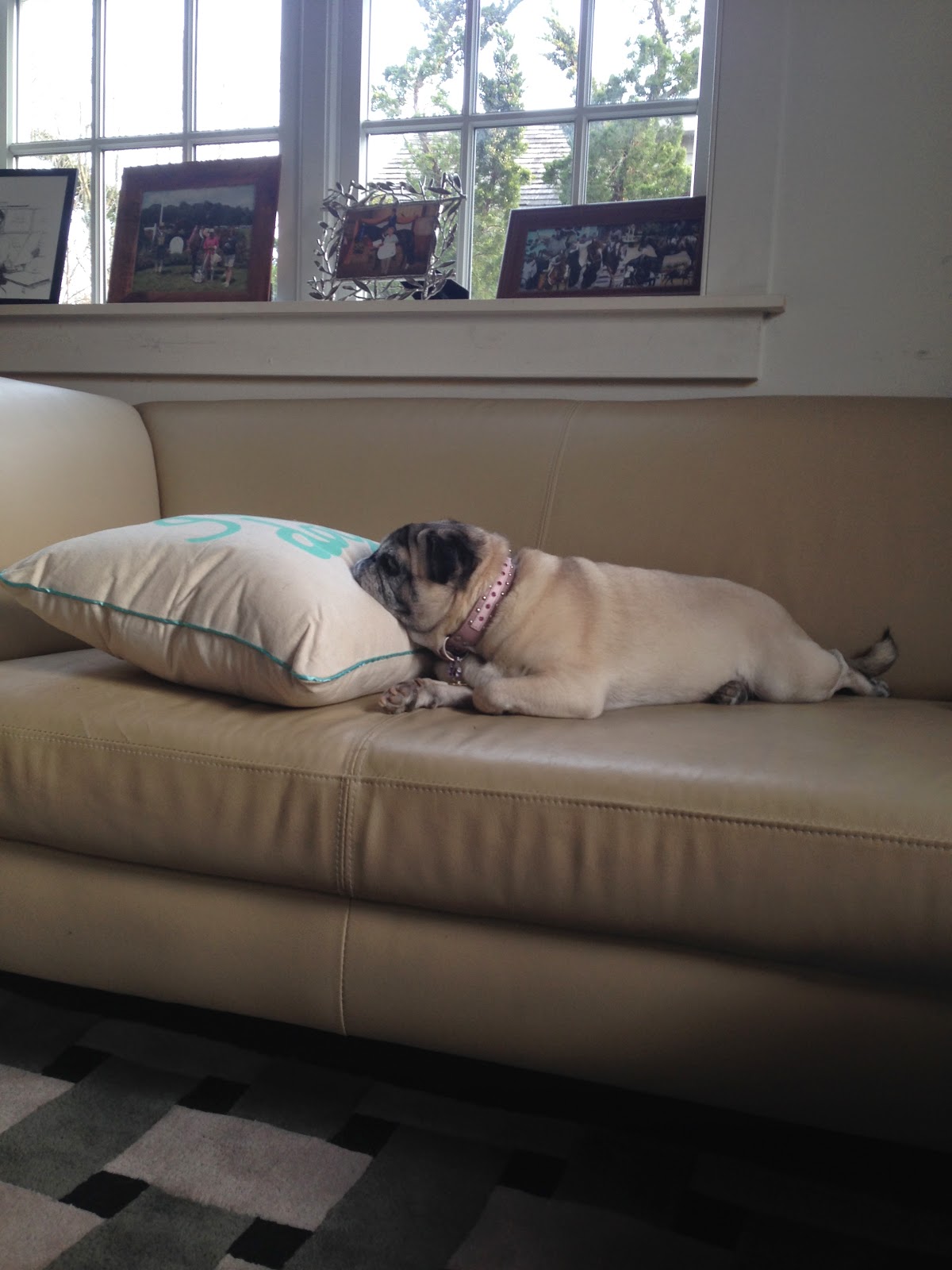 Thankfully, I did get some good news about Pia. The vets had told me on Monday that she either had cancer or an infection but they needed to do some tests to determine which. Thankfully it's the lesser of the two evils. She has an antibiotic resistant staph infection in her bladder. Ew. It should hopefully be treatable easily with a specific antibiotic. Only downfall is that said antibiotic is potentially fatal to humans. Clearly someone who is severely sleep deprived should be handling that... Oye. 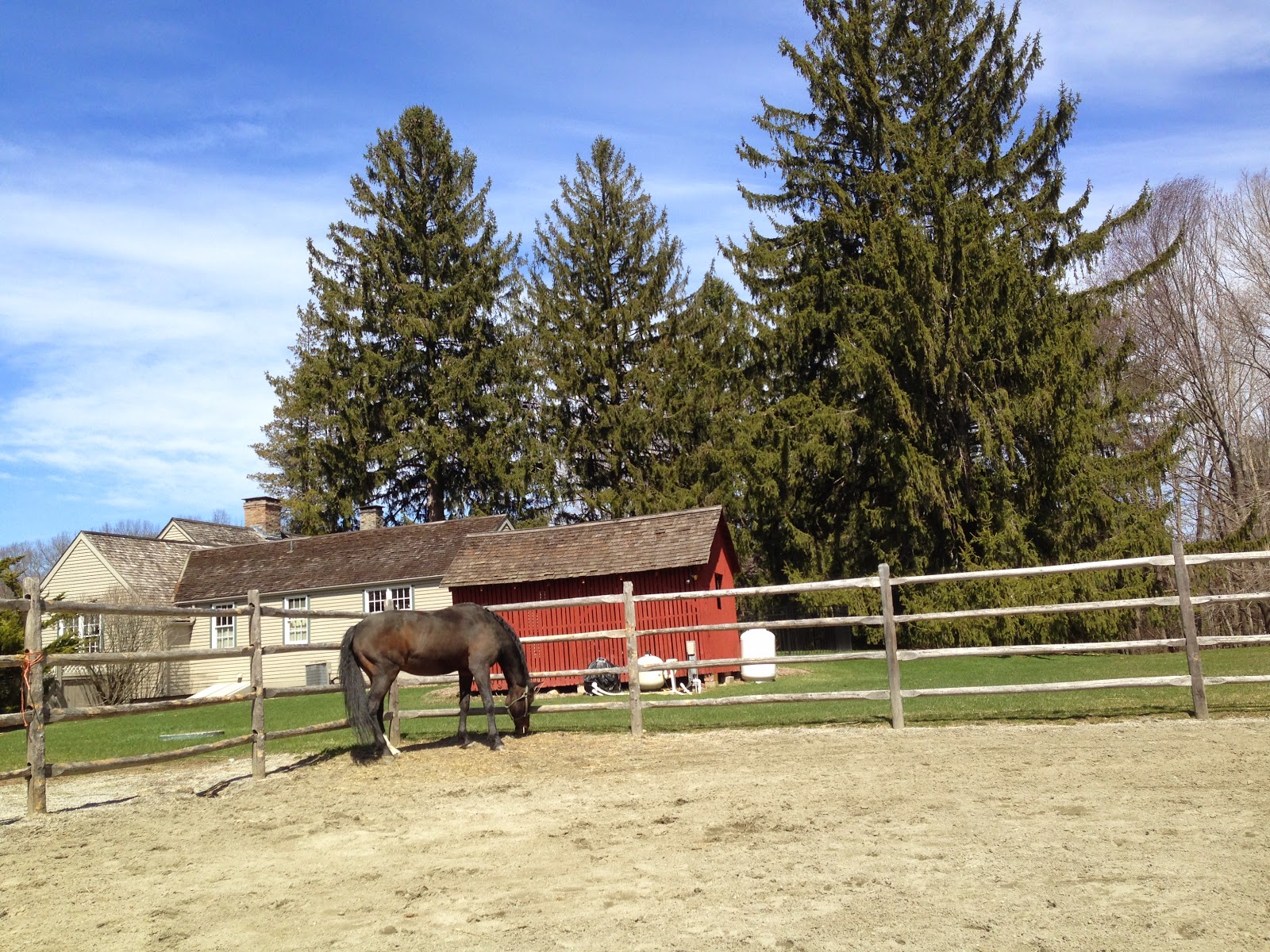 Despite all the misery at the farm, it was actually a really beautiful weekend here. Temps in the 70's and sun was shining. I think that helped us all. Having majored in Psych, I know the importance of keeping one's sanity during times of duress, so I did my best to get some time in with my little therapists too (P and Artie of course!) 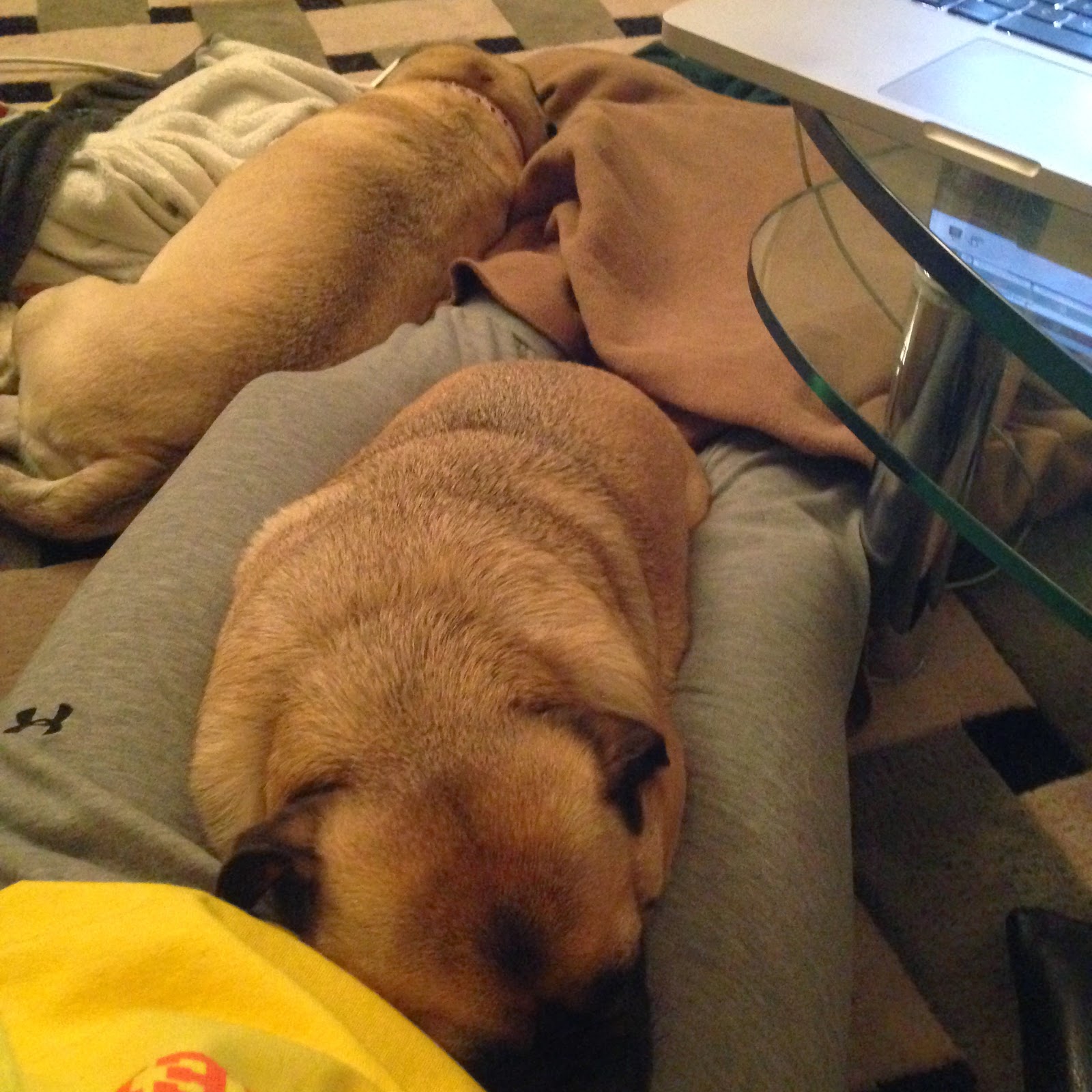 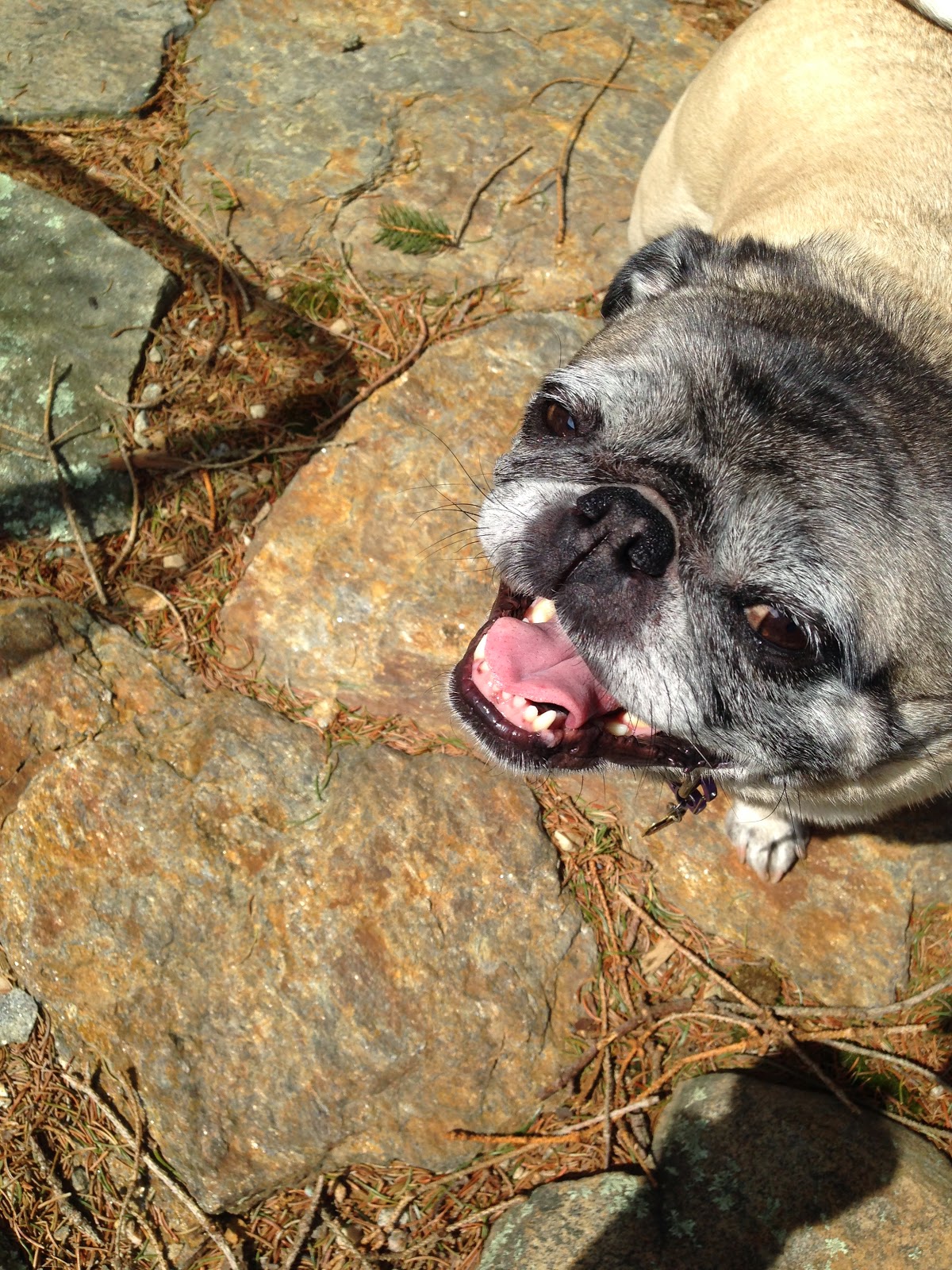 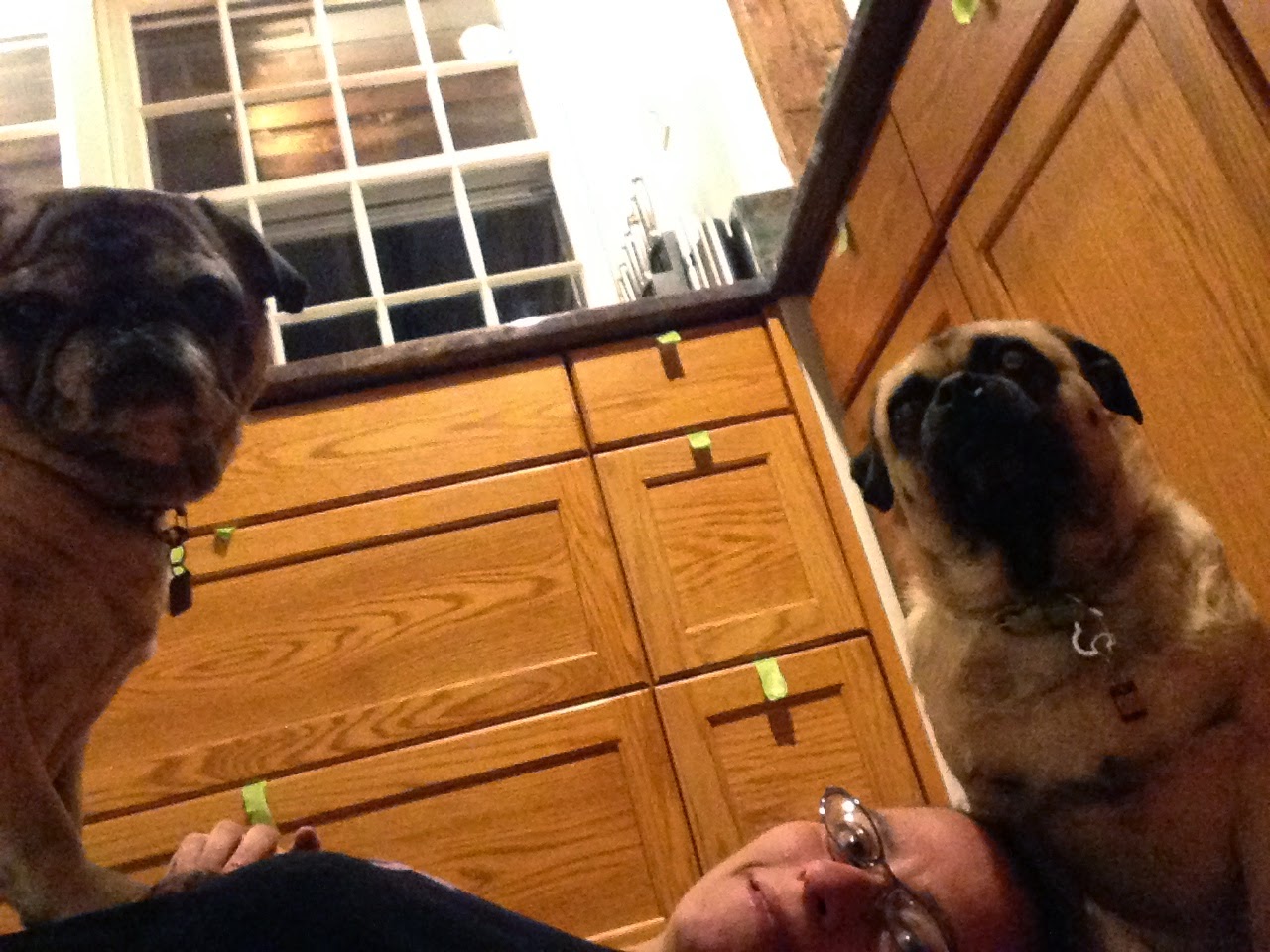 You have to keep your strength up too, so of course I ate my feelings: 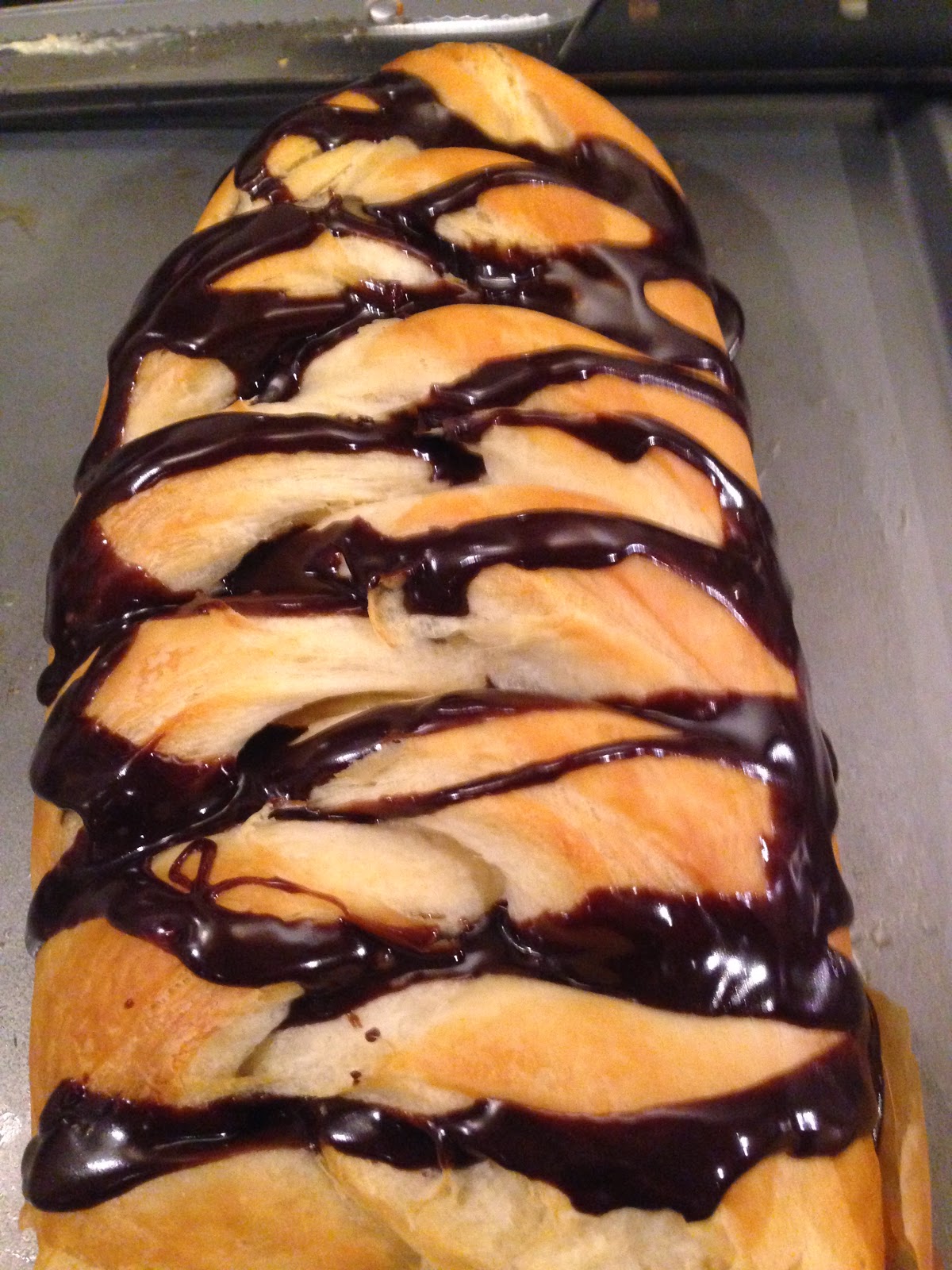 That's a bavarian cream butter braid that supposedly feeds 11. I say it feeds 1. And I'm having a rough time, so clearly that makes me right.

Just because one pony is under the weather doesn't mean they all are. I swear the other two know something is wrong with Rio. They were on their best behavior all weekend. Even the Duck. Horses are so intuitive. 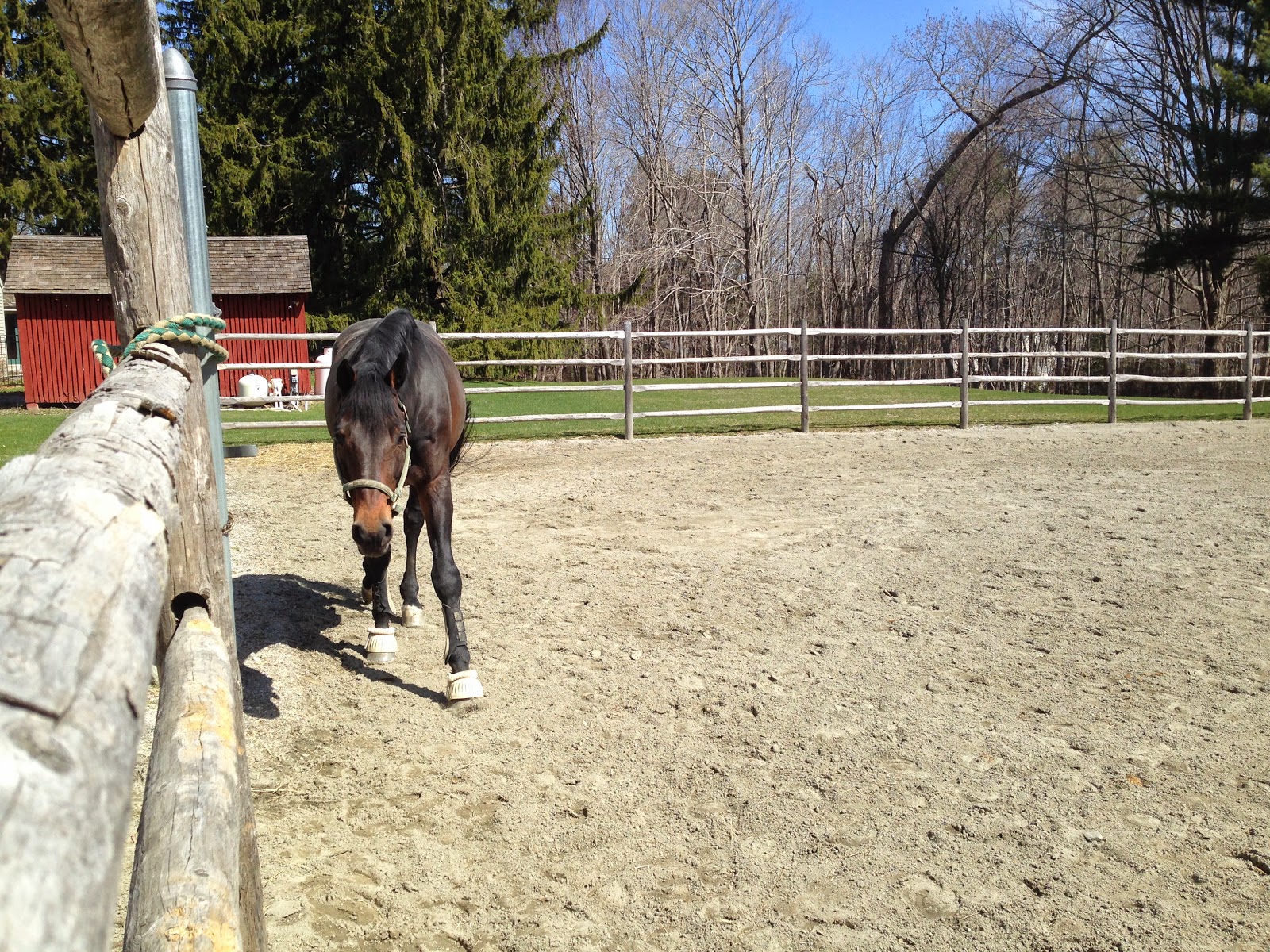 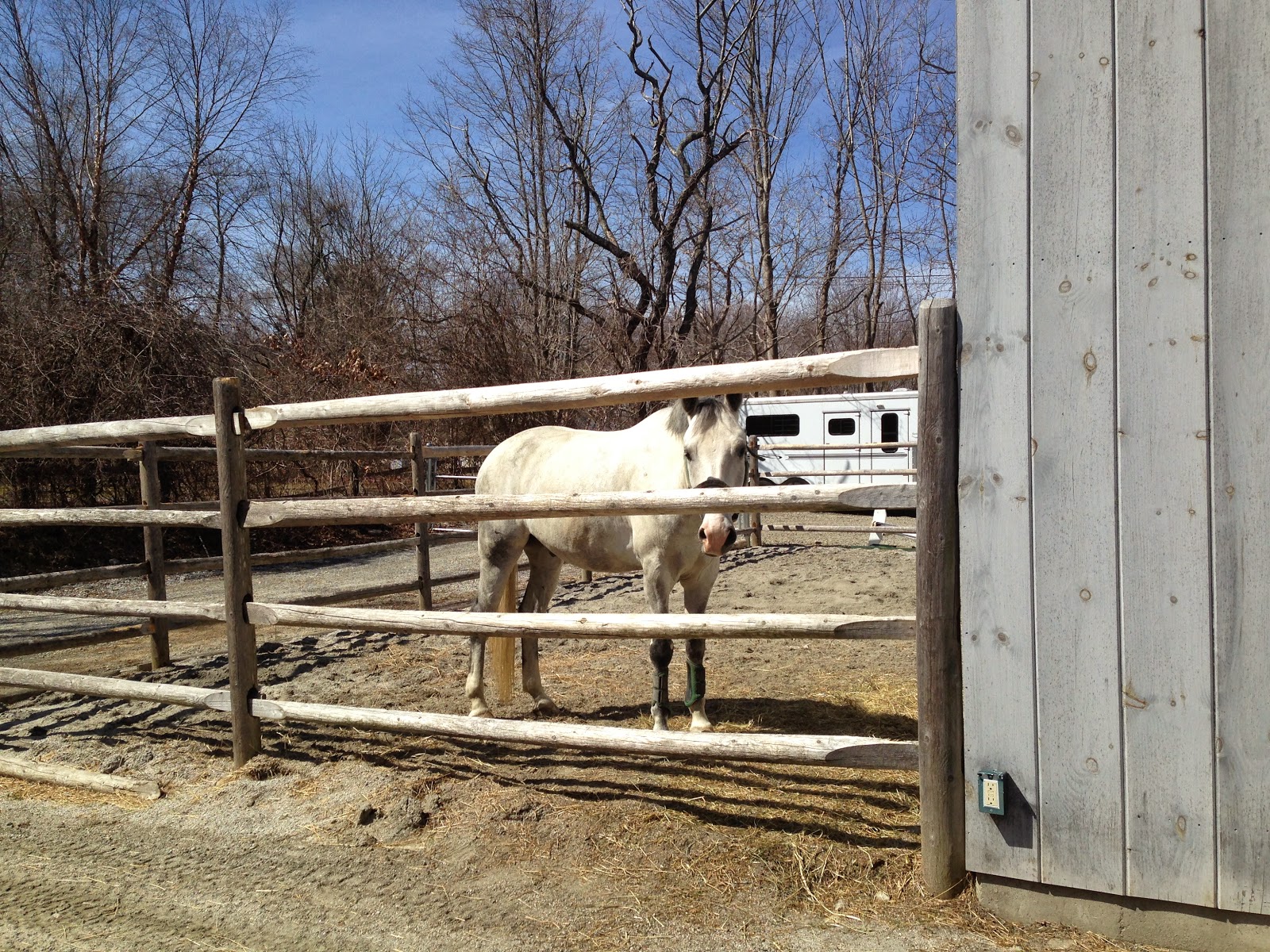 Sunday morning I felt confident that Rio's condition was holding steady and took an hour to have breakfast at the lake. It was really peaceful there and a nice little time away. 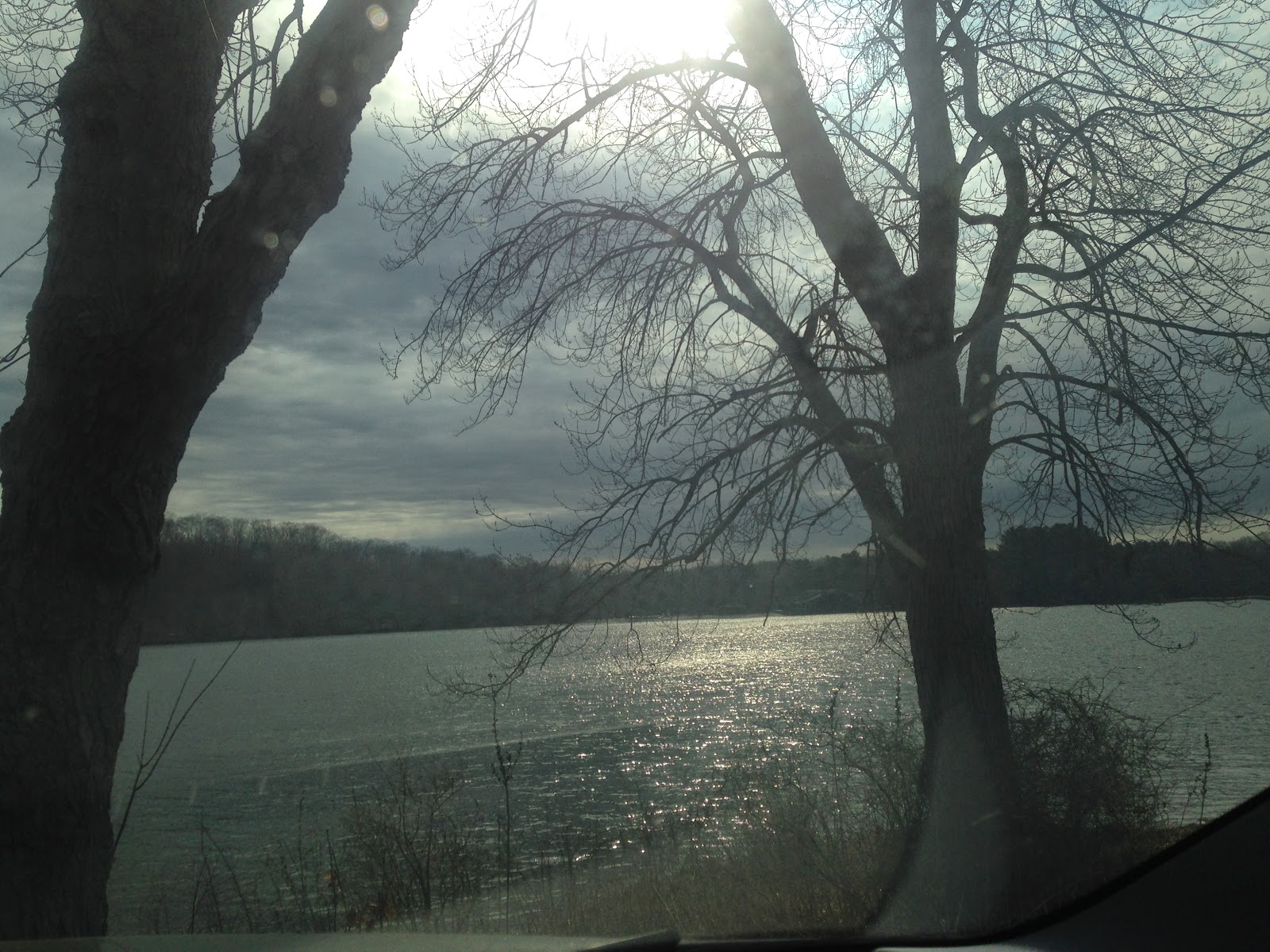 Hopefully this week brings big improvements to my boy. I shall leave you with some of the 8 million photos I took of him this weekend. 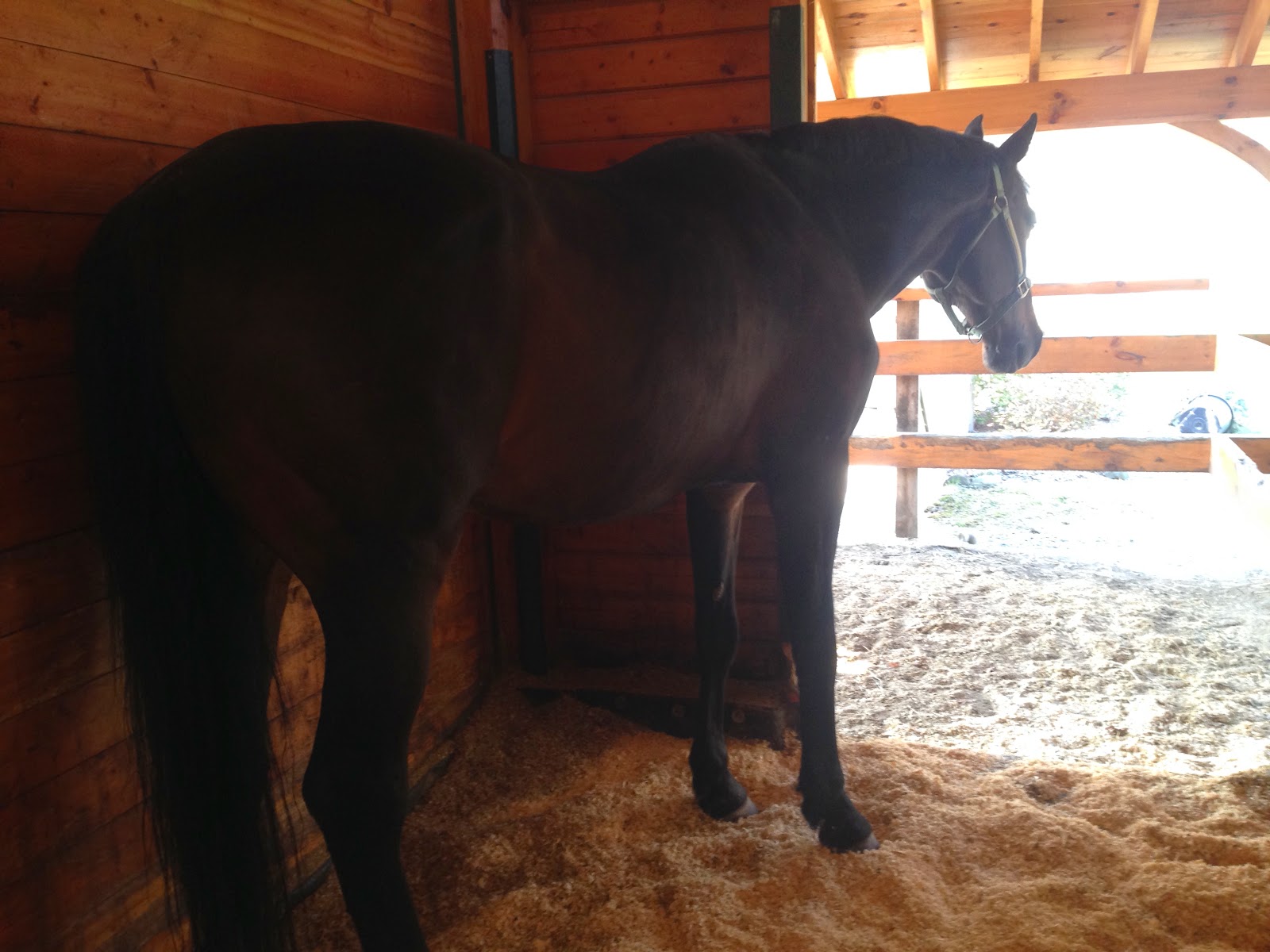 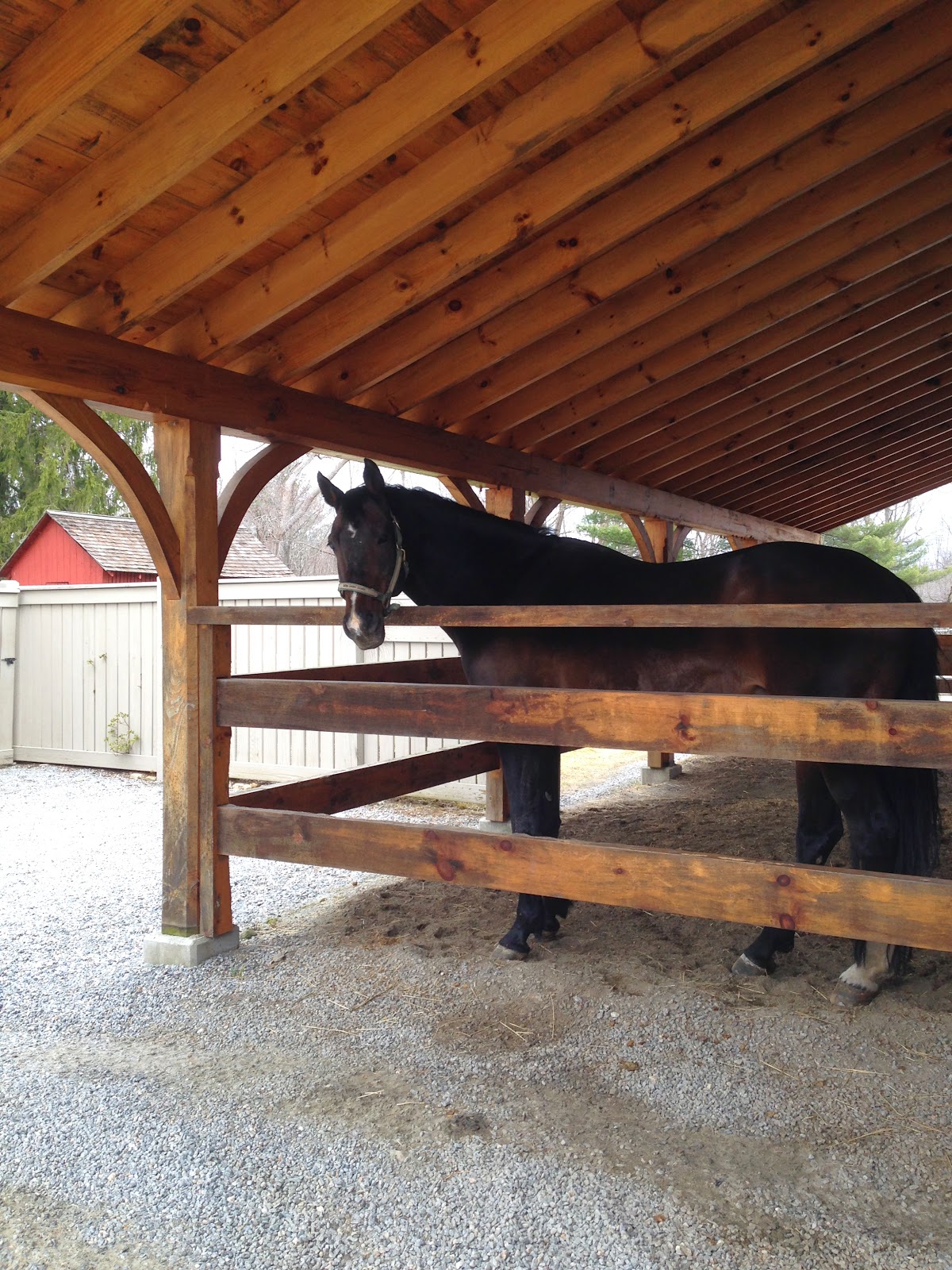 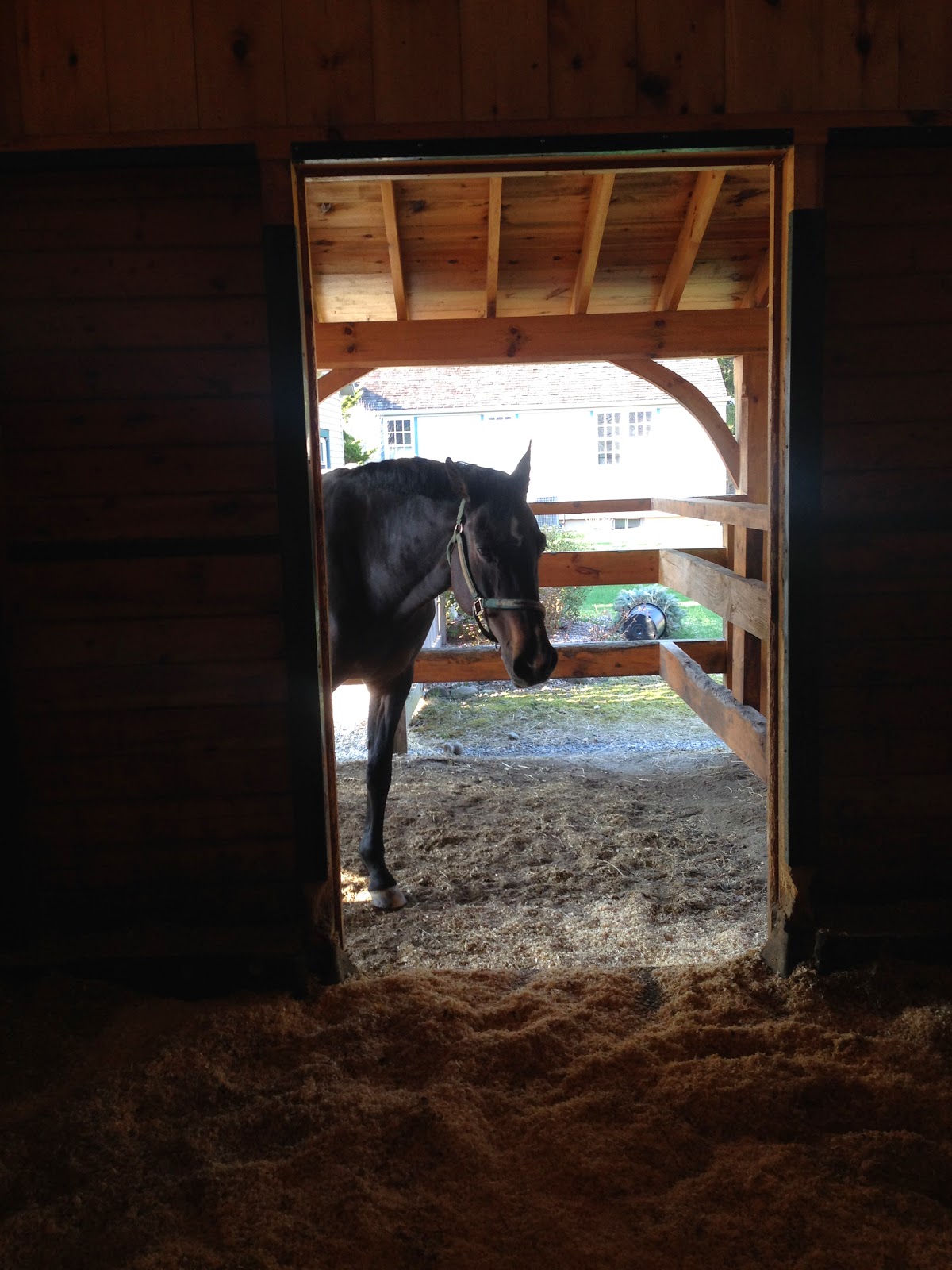 Posted by Stacie Seidman at 9:06 PM