When we left off last week I was waiting for the vet to come see Pammon. In the meantime, I did remember to bring the Pivo out so I could see what he looked like. Honestly? He looks fine. He doesn't look at all like he feels. He really feels not fine.
The vet came on Monday and he wasn't especially positive to any flexions. But we did decide to take some foot x-rays. My vet isn't happy with how long his toe is, and my farrier likes to have films before he makes a big change (it's nice that they know each other well enough and work together on that stuff). Surprisingly, the inside of his hoof does not reflect what we're seeing on the outside. His palmer angles are negative and needs some changes to his shoeing. We're hoping that this is what I'm feeling. Both feet are in the same predicament so he LOOKS even, but this is hopefully why he doesn't feel right to me. Fingers crossed because I would hate to think this is just how he will feel now.
So anyway, I'm allowed to let him canter a little now. We also can shorten the reins and start engaging that hind end again. So we're moving forward at least. Hopefully his shoes can fixed soon too.

I haven't yet scheduled Eros' recheck, I need to do that. But he's feeling pretty good. The weather took a crazy turn and got SUPER cold Monday night. So he was kind of wild yesterday. Eros wild. It's not like regular wild. It's more like a normal horse that spooks a little. 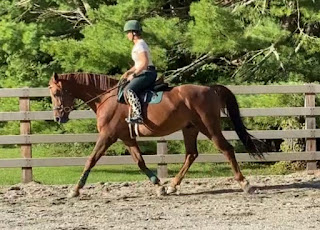 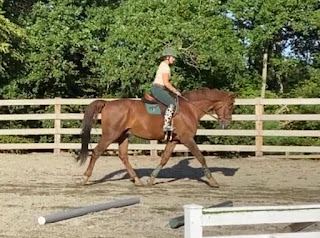 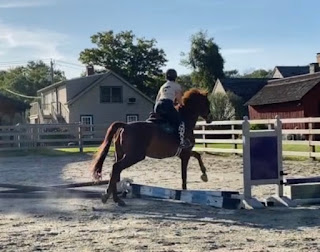 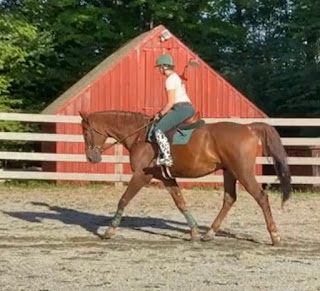 Shiny's been her usual self. She's both lazy and sassy all at once, and I find her hugely entertaining. Most of the time. Sometimes I have to be a little mean though. I mean... She has one job and only has to work like 30 minutes a day. Don't make me beg! But we had a fun jump school over the weekend. Was it perfect? Oh dear, no. Not at all. But we had some good parts, and I think we're starting to get our acts together. These things take time right? Some photos below and a video clip at the bottom, but it's kind of long, so no hard feelings if you don't want to watch! 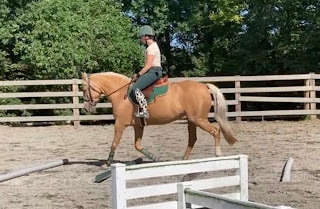 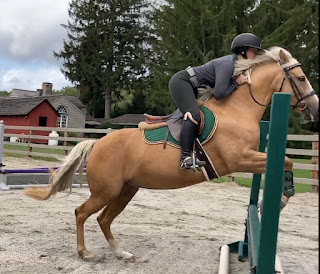 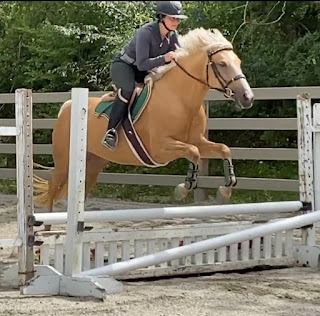 I'm still having some struggles with the go button which is causing some striding confusion. The diagonal green line should be a 4, but I don't have enough gallop to make it, so I've been opting for the quieter five. In the combination, she has no trouble at all with the first one stride (it's set for an 11 foot stride, trotting in, so 16.5'). The second one is set at 22' which is a normal cantering one for a large pony, but she's not getting up there. A few times we did two strides in there, but mostly it was just long in one. I haven't yet decided if I need to get the engine revving to get her step longer, or if I want to shorten that second one up a little. I really want to get her jumping better first I think, then work on lengthening the step. I think if she jumps better, (more power, rounder) over the middle jump, the second one will get easier. So maybe making the distance a little shorter will get her rocking back and stronger? I dunno. Worth a shot.
That's about it from here. Did you all have a good week/weekend?
Posted by Stacie Seidman at 4:45 PM