Outfit day already! This week has flown right by... I had an exciting realization that a pair of boots that I LOVE but never wore because they were too tight actually fit me now. So I was super excited to share them this week. So, here's what I wore to ride yesterday: 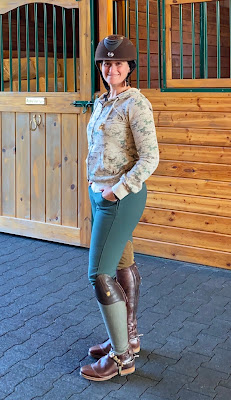 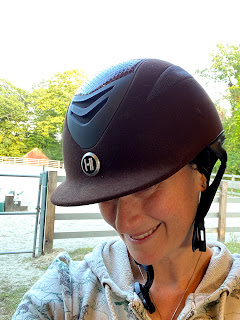 I haven't worn this helmet in FOREVER. No time like the present to bust it out! It has snakeskin for the center panel.
Top: Unsure of brand 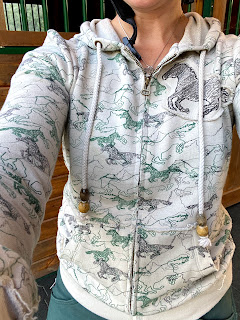 I stumbled across this hoodie awhile back on Poshmark. How perfect is it?! Exactly my barn colors and covered in horses? I HAD to have it.
Belt: Pony Locks

Jampy's belt was clearly the best choice for this outfit. Being that it's chocolate brown with just a thin layer of green padding for trim.
Breeches: Tailored Sportsman 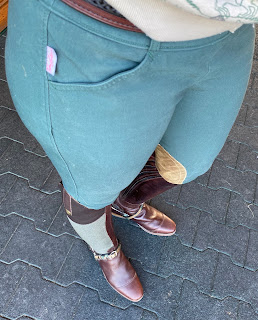 I'm such a sucker for a tan patch...
Boots: Mountain Horse Serengetti 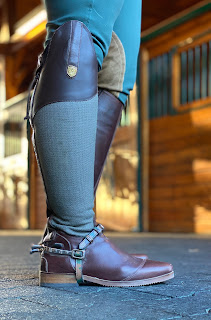 You guys. I am SO excited to finally be fitting in these boots. I love them. They're green and brown, and SO comfortable. Plus, the height is perfect too. Like they were made for me! I've been staring at them for about a year and a half now. Almost sold them so many times. So glad I held on to them. For some reason, Mountain horse doesn't make wide calf boots in my shoe size. I wear a six. They don't make wide calf until size 7. Makes no sense, but it's limited my buying from them. I took a chance on the regular with these just because I loved them so much. FINALLY I can wear them! Woohoo!
Arm Party!!!
Lefty: 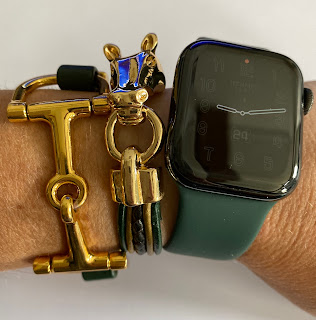 These are mostly repeats from last week. I'm really loving this bit bracelet I made... I hope that's not to vain. But it's super cute and comfortable to wear. The middle one I made a long while ago. It has a brown braided leather in the center then gold and green on either side. Pretty perfect match to the sweatshirt. And I've been wearing the green rubber band for a bit now. Love the shade of green!
Righty: 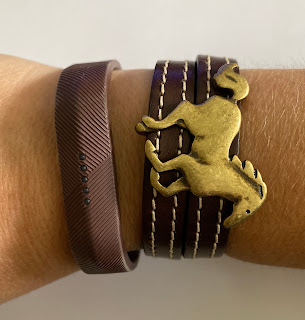 Righty is donning this wrap bracelet with the running horse (matches the ones on the shirt!) along with the fitbit. This wrap is a new design for me, but I think I like it! Might have to make a green one too.
That's what I wore, but the horses have outfits to share too! I forgot to take full photos (sorry) but here's everything individually:
Saddles: Butet for both!
Pads: Eous baby pad with a horze half pad for Eros, FSS pad for Shiny 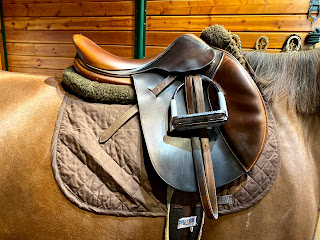 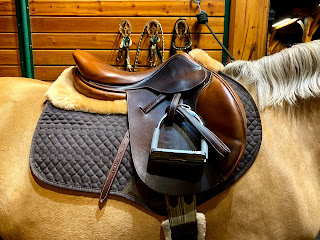 It's interesting... these saddles are actually basically the same model. Both are the deep seat (Butet calls it a C). Eros' has a 2 flap and Shiny has a 1. But the difference in length between the two flaps is a lot. They don't make a size in between that I know of, but the 2 is too long for me and the 1 is too short. I wanted a short flap for the pony, so no complaints. I'm just not sure what I would do if I decided my real saddle will be a Butet. It's possible the flap size increases some with the seat size maybe... Shiny's is a 17 and Eros' is a 17.5. I guess this is why you have a rep out if you plan to buy new.
Boots: HKM for Eros and Eskadron for Shiny 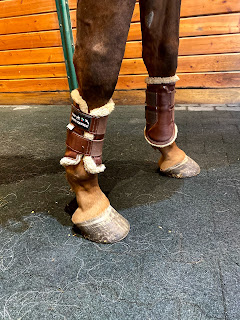 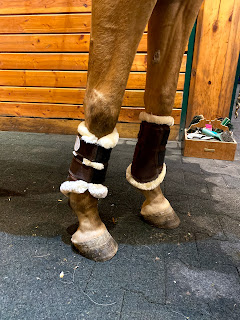 I've had the HKM boots forever, but Shiny's are newish (I've had them awhile but haven't used them until now),
Bridles: Both are wearing the QHP Bridle with browbands from Dark Jewel Designs 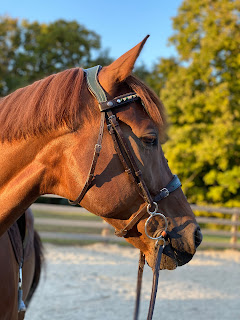 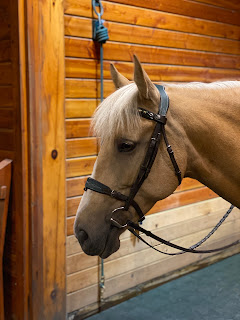 And that's it! Any favorites?
Posted by Stacie Seidman at 11:58 AM