Outfit Day! My boots I got to replace my dying Regals arrived on Tuesday (finally), so I wore them for this weeks outfit. Thus, we should definitely start there! 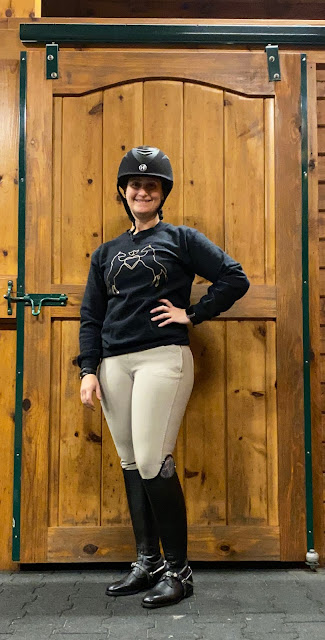 Evenings are chilly these days, so sweatshirt weather is definitely here. 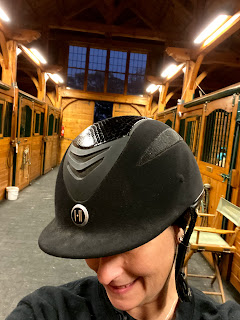 I haven't worn this one in awhile! But it goes nicely with my new boots, so I guess expect to see more of it. 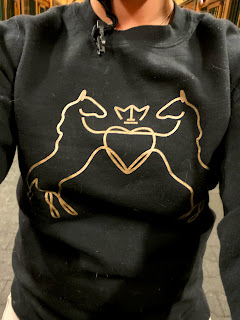 I got this one awhile back. It has gold horse shoes on the elbows too. Super cute! 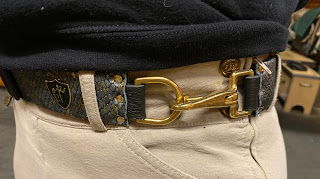 Admittedly I saw an influencer wearing this belt and had to have it. I love belts with different types of buckles, and this halter snap looked fun to me. I picked this black and gold snake print for the leather since I have a bunch of things to wear it with. The rest of the belt is elastic, so it's very versatile. 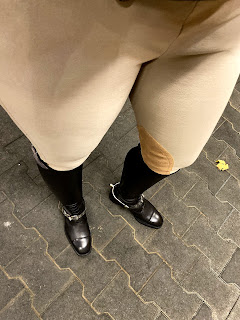 These were the On Course Pytchley breeches that looked a lot like TS breeches. I had a bunch of pairs I used to show in, but have decided it's time they go in the regular rotation. I don't show much anymore, and I have enough TS breeches now for showing so silly to let these just sit around. 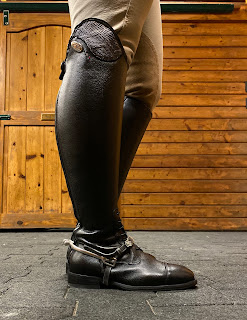 Do they look familiar? They should... They're exactly the same as my blue ones but in black. When my last pair of Regals started to die, I decided I wanted to replace them with something a little nicer, but still stupid comfortable. And I LOVE my blue DeNiro's so I went with them in black. My blue ones are dress boots though, and these are field. I would do field from now on if given the option. I have wide calves, but a low instep, so it's nice to be able to tighten the boot. Here are some close ups for you: 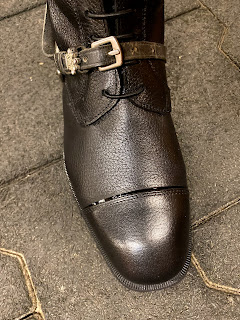 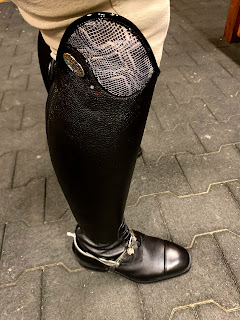 I got these from Discount Equestrian who I had never ordered from before. Since I already had a pair that fit perfectly (seriously, it's like they're custom even though they aren't) I wasn't too worried about getting the sizing wrong. But you never know when ordering from a new company, especially when they are across the pond. I have to say, everything went perfectly. They took the full 8 weeks they said so it was a bit of a wait. But that doesn't worry me when I know it's happening! With shipping the total was a little over $300. Which is double what I would pay for Regals, but I think it's worth it. My blue ones are holding up wonderfully. The quality and style is leaps and bounds above the Regals. And the comfort level is about the same. There were lots of options, and I may even consider going this same route for show boots when my Parlantis die. I would get the snakeskin part just in plain black leather to show. Hopefully that won't be a question for a long while though!

So that's what I wore to ride in last night! But I have a really silly work outfit to share! 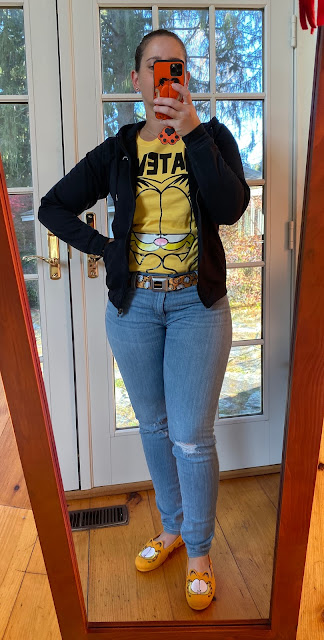 Hahahahaha!!!! Told you it was silly. You all remember Garfield? No? Google him, he's hilarious. 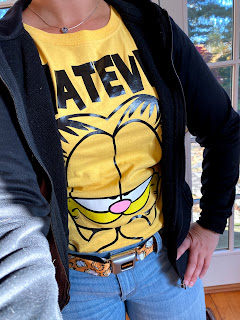 It says whatever on top and he's making the W with his paws. Like from Clueless... You young ones may not recall. It was funny. Anyway... moving on. 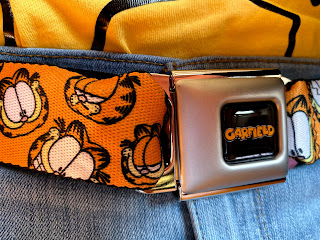 When I was in high school I had a belt with a seat belt for the buckle (like this one) and it was rubber with beer caps all around it. I still have it, and since it's adjustable it still fits. And ever since that one belt, I've been a huge fan of this buckle on a belt. Buckle Down didn't exist back then, but they do now, and they have lots of great belts to choose from. I was pretty excited when I found this Garfield one though. 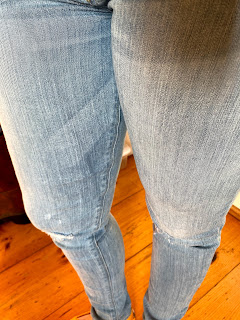 Nothing too special here. Just some light colored jeans with holes in the knees. 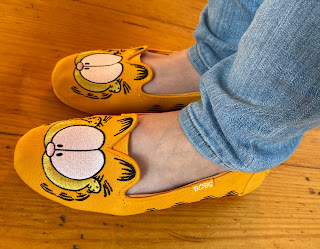 The shoes were actually the catalyst for this entire outfit. I don't even remember how I found them, but once I did I had to have them. And then I needed stuff to wear with them. So here we are. These are super comfy. They have memory foam in the foot bed! 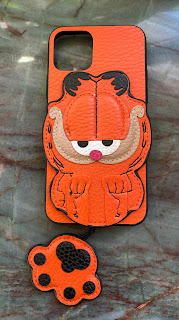 With the acquisition of my new phone, I am having to rebuild my phone wardrobe. This is one of the first fun cases I've found so far. Cute, right? I wish it was a bit less orange, but whatever. (Lol... see what I did there? Like my shirt!) 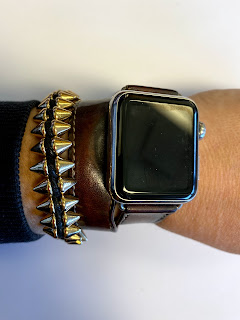 You're probably shocked to learn that I do not have Garfield jewelry. Sorry to let you all down. I'm weird, but I guess not that weird? Anyway, I wore this spiked bracelet from Forever21 along with my apple watch. 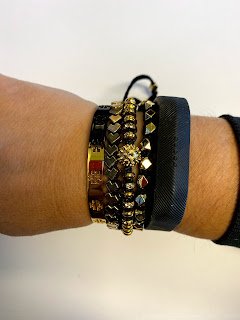 Righty is donning a thin cuff from Tory Burch that's half gold colored and half dipped in black. The string bracelets are all from Ettika, and last is my Fitbit.

So that's it for today! Kind of a fun day with the new boots and the silly work outfit. Any favorites? Wanna talk about boots? Let's chat below!

Posted by Stacie Seidman at 4:16 PM