Outfit Day!!!!!!!! I hope you all like lumberjacks cause that's going to be a prevalent theme this season. Without further ado, Lumberjack outfit: 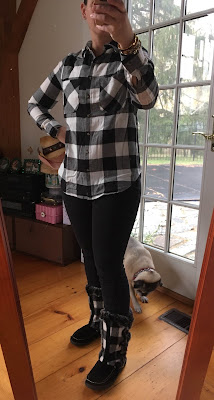 I think the furry boots are overkill today though since it turned out to be 70 degrees here. Oops. It's ok though, it's never warm in my office! 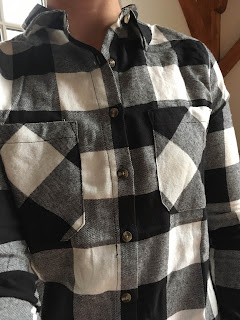 This is a nice light weight flannel shirt. Perfect for fall. Come winter I might layer it under a sweater. 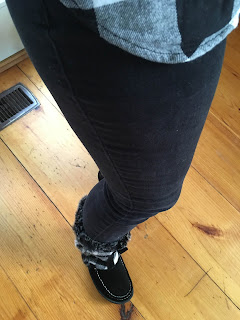 I've worn these roughly five thousand times for Thursdays threads. So we won't linger. I'll just mention how comfy they are and that they are like the magical pants from that movie that fit every size person. 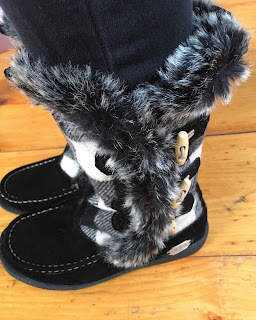 These cozy boots are from Woolworth. I really love when my plaids match.... As I mentioned above, these are a bit too warm for the day, but I have no regrets. Sweaty feet maybe, but no regrets. 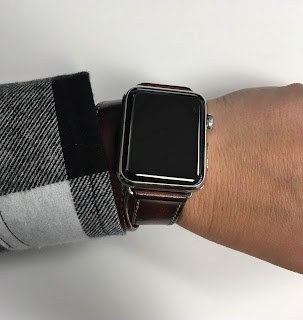 Lefty kept it simple today and chose not to pair Apple Watch with anything. Sometimes lefty just wants to tell the time. 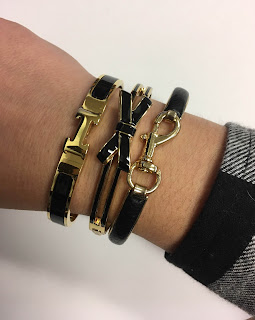 On the other hand (LOL! See what I did there?!), Righty wanted to be fancy. So that wrist is sporting an H clic-clac bracelet, followed by a bow bracelet from Kate Spade, and one of my most favorites there at the end. That's the one by Rebeccah Minkoff that my sister-in-law gave me awhile back.

I remembered to grab pics of last night's riding outfit for you too. Last night I threw it back preppy style with some corduroy and elbow patches. 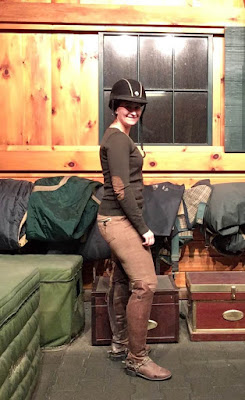 Whenever I see corduroy and elbow patches I think of Family Ties. Most of you are probably too young to even know what that is, but it was a pretty great sitcom when I was a kid. It took place in the 80's (obviously) and corduroy blazers with elbow patches were totally on trend. When I saw these breeches on sale, that's the first thing I thought of. The second thing was, I wonder if they have my size? 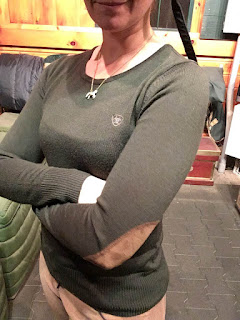 I've probably worn this on here before. It's actually more hunter green than it looks in this photo. I love the tan elbows! 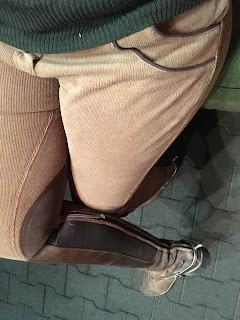 Seriously though, did you now they made these? I don't think I've ever seen them before. I love that they're corduroy. And I extra love the piped pockets. They're very stretchy and comfy too. I could wear them all the time. My boots are already on, but they have sock bottoms too, so no velcro! 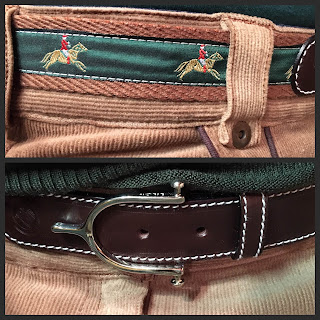 I don't really remember how I stumbled across this one, but it was a great find. I mean, it's my barn colors for one thing, and it has PONIES on it! AND a spur buckle. There's nothing to not love. Nothing. 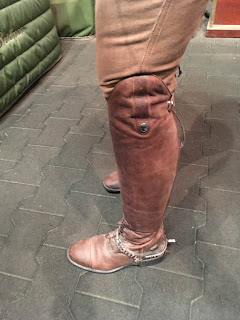 Ok, I'll admit it. These were a bit extra snug with these breeches. But no feet lost circulation so it wasn't TOO bad. I really need to wear them more though, they still aren't quite broken in.

That's what I've been wearing! What do you have on today? Have any favorites from today's post?

Posted by Stacie Seidman at 3:54 PM