When the alarm went off this morning, I was so sure it was Sunday I hit snooze with abandon, making my rather late for work. Oh well, nothing new I guess! Since it's Monday, I thought I'd give a little weekend recap.

Friday was Valentine's Day. Some call it Singles Awareness Day. I called it Friday. I am friends with this really sweet couple though, and they feel everyone should celebrate the day of love and left me this surprise in the barn for when I got home from work: 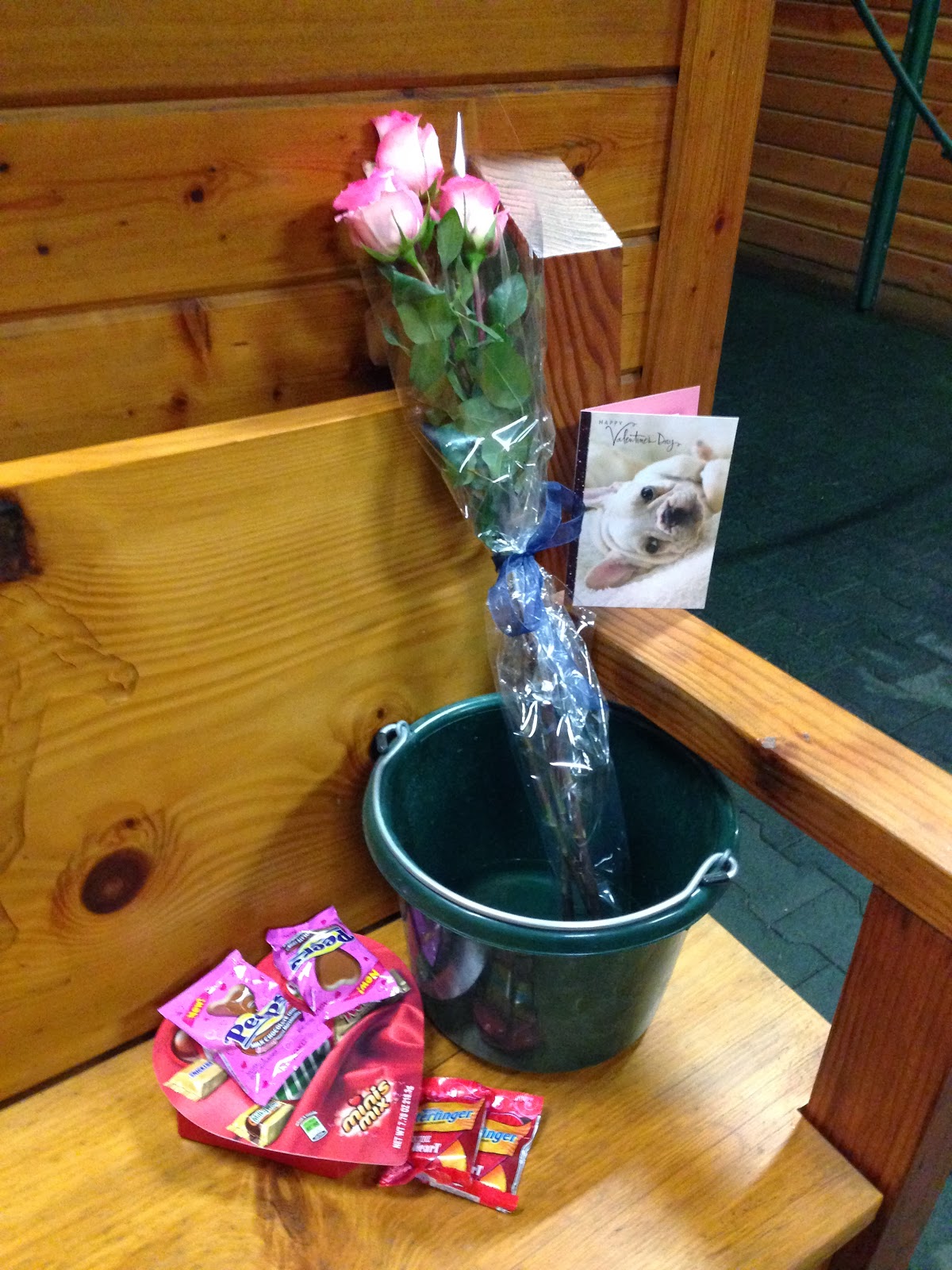 Isn't that sweet? And while I AM trying to work on being more photogenic (more on that here), as long as I ration the candy, all will be well! (I've lost 3 lbs already!) After seeing this and feeding the equine, it was off to the gym for me! I took part in the SweetCheeks virtual 5K which you could run anytime at all during this weekend. So I decided to get that done at the gym. In my attempt to show off have a decent race time, I ran sprints for my 5K. I finished in 27:45 which is pretty great for me currently!
When I returned home from the gym, I found the best surprise ever from Katie! Homemade bread! There's not much a runner loves more than fresh bread... 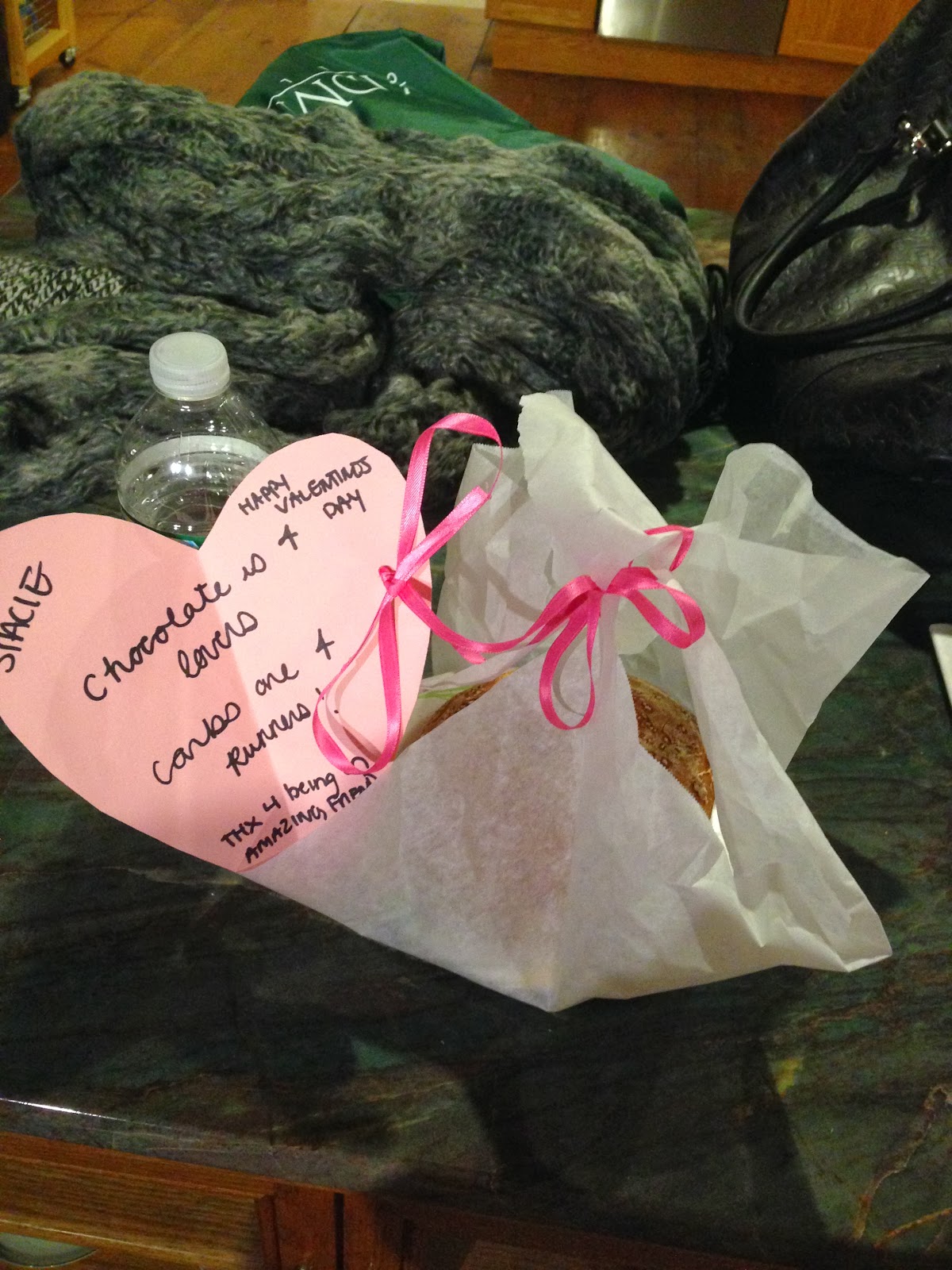 "Chocolate is for lovers, but carbs are for runners!" How perfect right? So cute. I may or may not have eaten the entire loaf for dinner. But more than likely I did.

Saturday I was supposed to drive an hour to my favorite tack store for their annual HUGE sale. Unfortunately it snowed. Big shocker there since it snows EVERY DAY here now. Seriously, at some point every day there is snow. Apparently CT is the new Canada.

With my original plans thwarted, I opted instead to run some errands which was probably more responsible of me anyway. My first stop was TJ Maxx to find a birthday gift for my dad. Unfortunately they had NOTHING for men. But they DID have some great little drawers that I've been hunting for to organize my makeup and jewelry. WIN! (More on those shortly.) After errands I spent some quality time with the ponies. They were super social. I think they too have had more than enough of the frozen precipitation.

Once the ponies were gleaming less dirty after grooming, I went to work on filling my new organizers. First was jewelry. As you may or may not remember from way back when I first started this blog, I make jewelry. Or at least have made jewelry... I haven't really done much in awhile, but I do have lots of new supplies so hopefully I'll get back to it soon. Anyway, as a result of making jewelry, I have a LOT of it. And it's hard to find stuff when everything is in little boxes or shoved tightly into jewelry cases. I figured drawers would be ideal since they're easy access. Here's what I found: 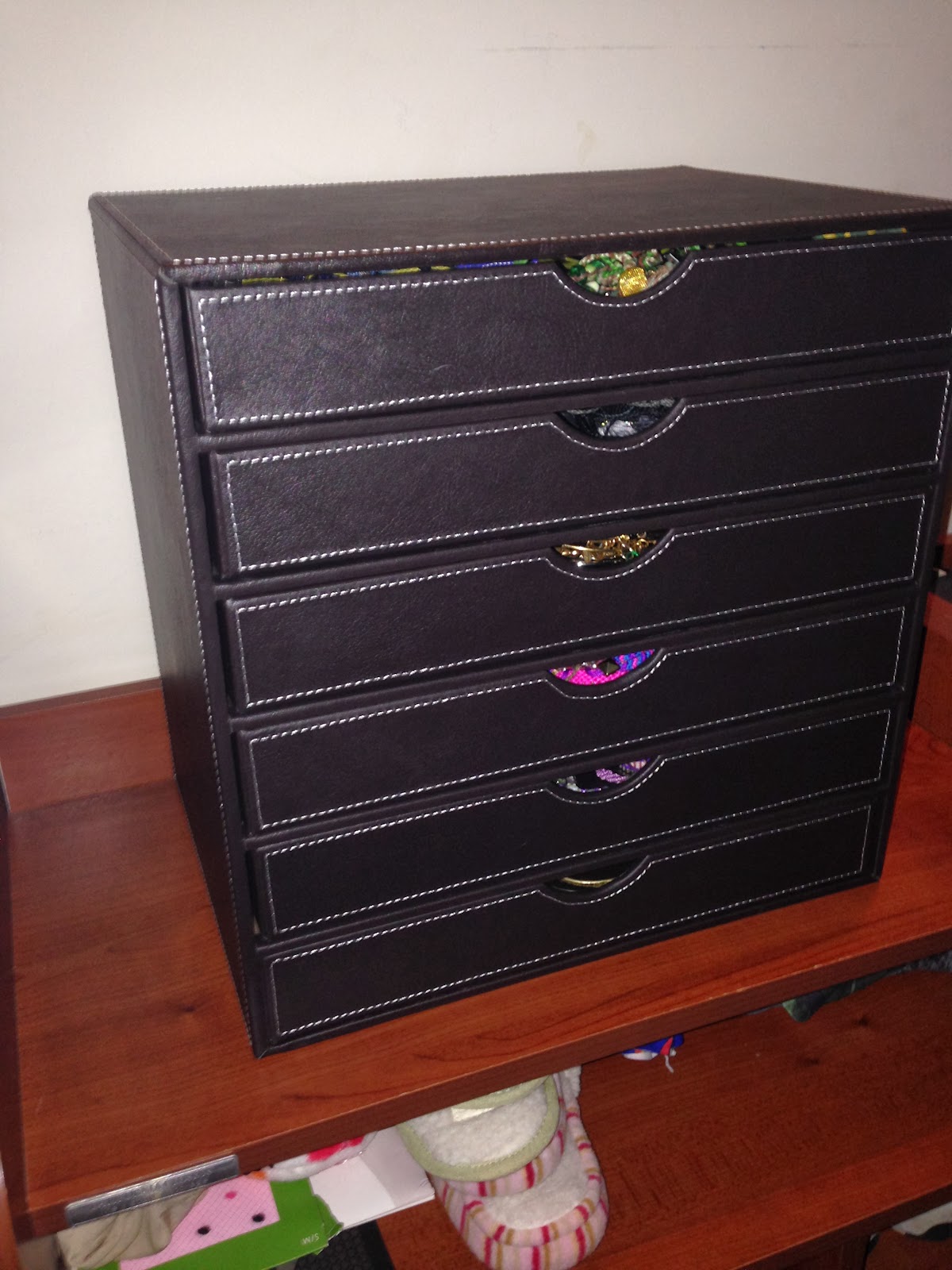 Nifty right? It's big, but not huge. Perfect really! And it matches my decor nicely. Here it is all full of my precious jewels. (By precious jewels I mean cheap homemade costume jewelry):

Once that task was completed, I moved on to the bathroom where my makeup was in need of the same overhaul. I've been keeping it all in cosmetic bags on the counter, but I really felt like it was messy and disorganized. I wanted something similar to the jewelry drawers above, but definitely didn't need one quite as big. So look what else I found at TJ Maxx: 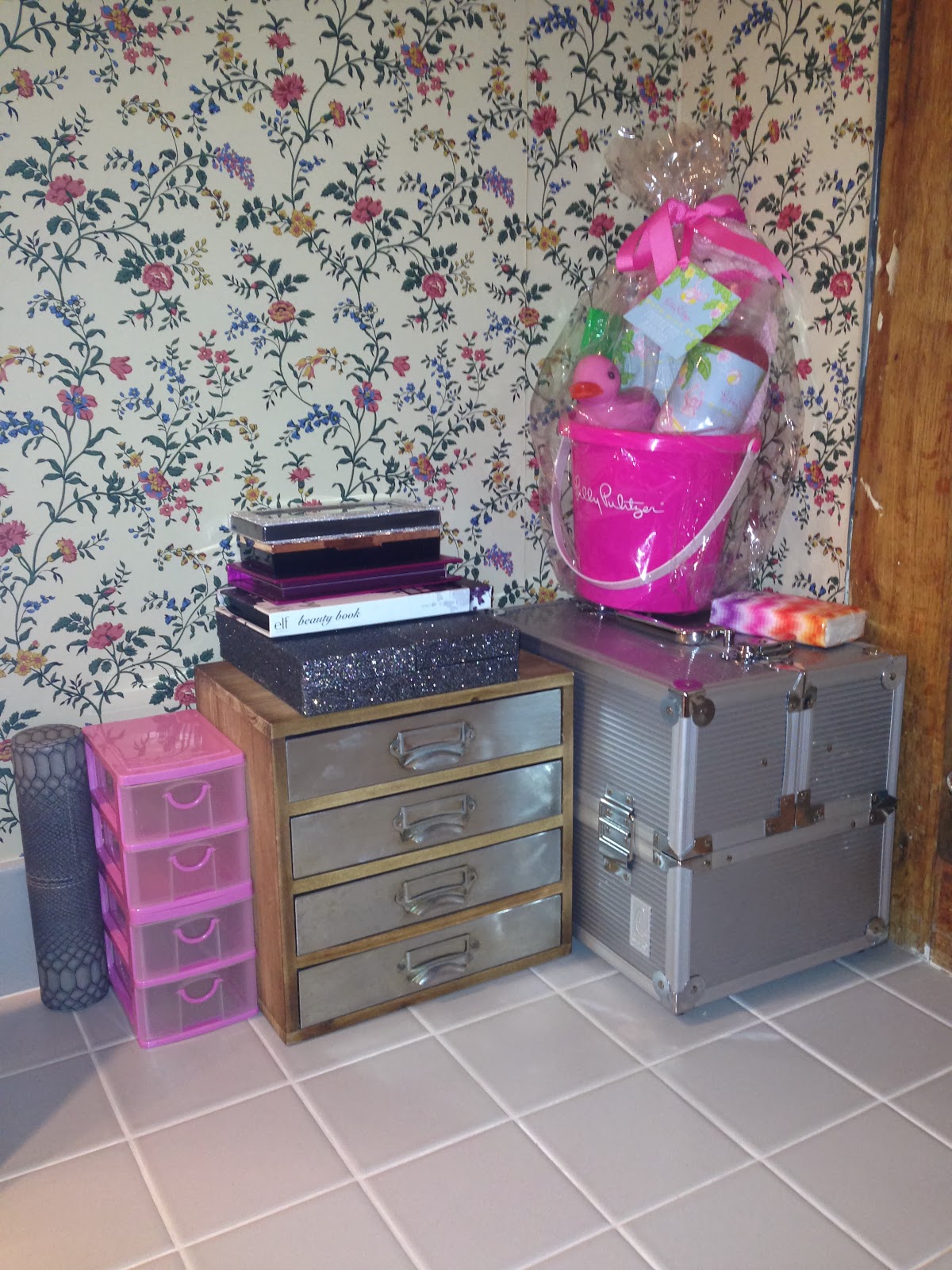 It's the wood and metal thing in the middle up there. Perfect right?! The little pink ones are from the dollar store; they house my hair stuff. The big one on the right is full of really old makeup that I should probably throw away. I think I'm going to turn that thing into a case for my jewelry supplies if I ever get around to cleaning it out. (Please excuse the awful wallpaper in my bathroom. Came with the house! One of these days it will come down.)

Sunday I had to run 12 miles. If that doesn't sound daunting, remember that it snowed all day and night Saturday. Thus I had to run 12 miles on the treadmill. UGH. That my friends is basically torture. But alas, if I want to run this half next weekend (do I? Really?) it needed to get done. Plus it would definitely help with the better photos and to balance out the loaf of bread from Friday. So off I went. Once that was over,  I planned to meet up with Katie at our town's Winter Carnivale (Chester's take on Mardi Gras). Parking was a nightmare, and by the time I actually got there it was pretty much over. I missed the entertainers, the ice carving, the parade, AND Katie. Her phone had died so she didn't get all my texts about where I was (and the extremely irritating human being waiting for the shuttle with me!). Eventually she headed home, understandably since it was ending and like half a degree outside. Fortunately, there was still plenty of food and people watching to be done so all was not lost! Several people brought their pony sized dogs out too, which was fun!
Here are a few photos: 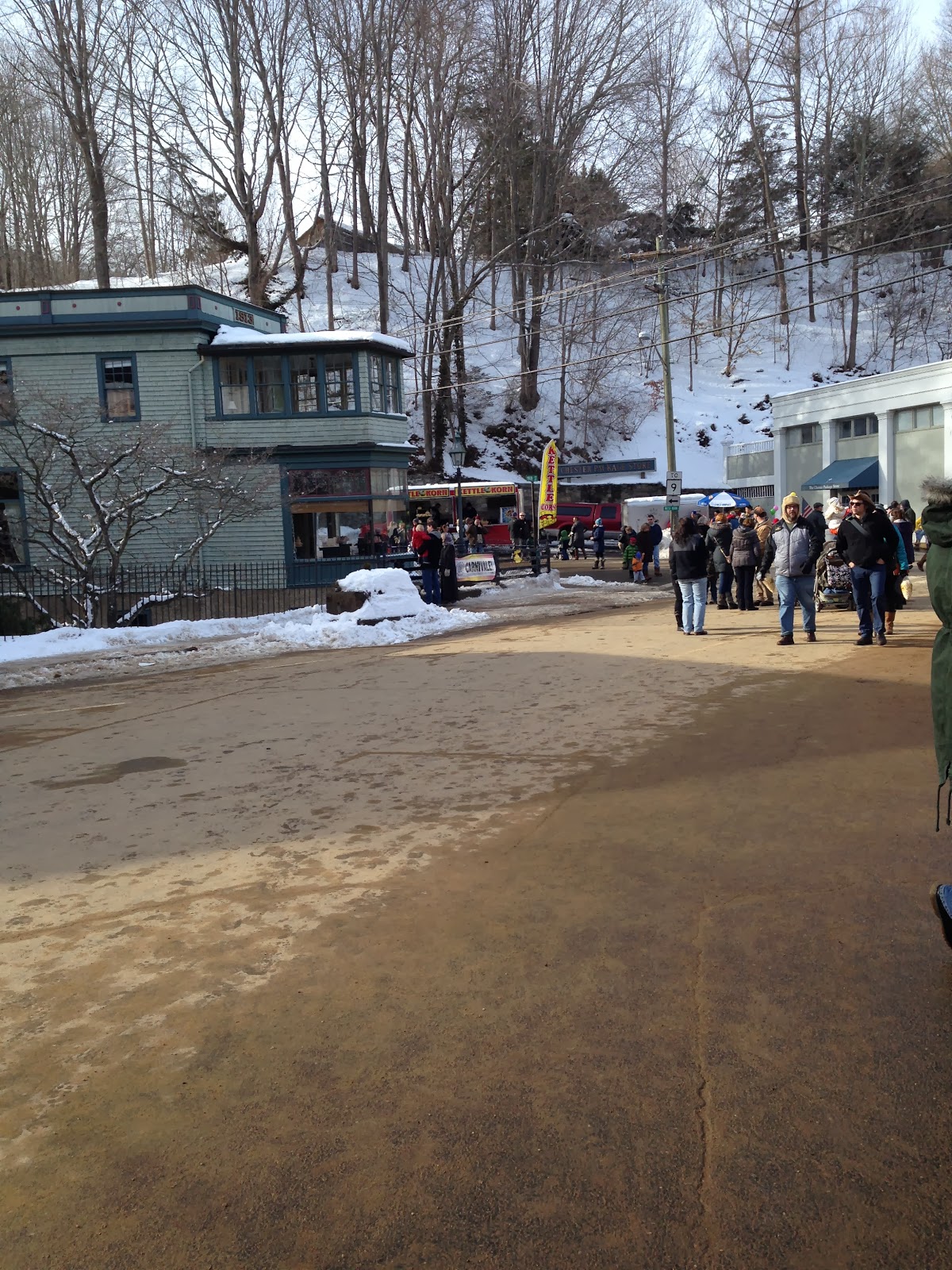 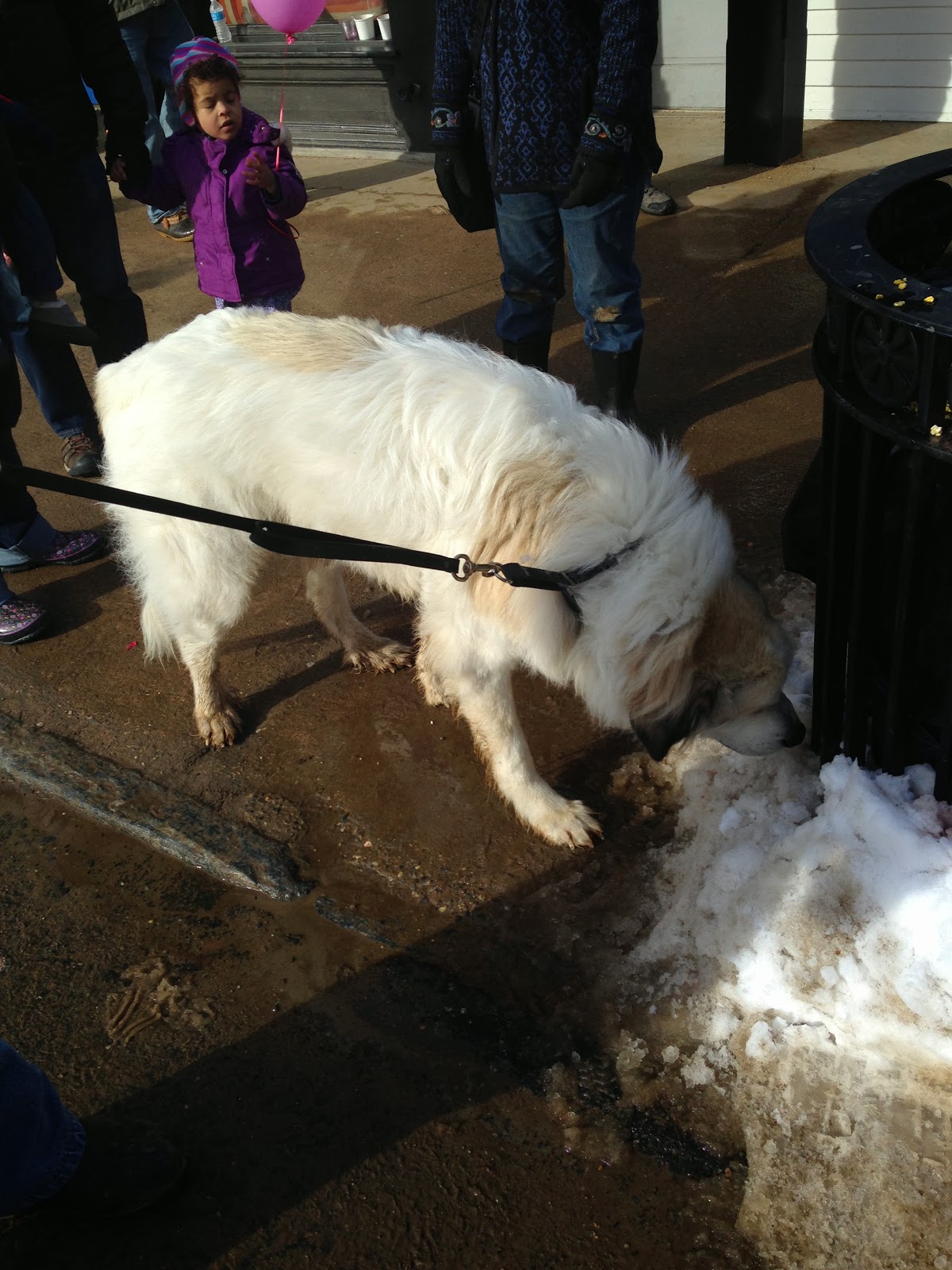 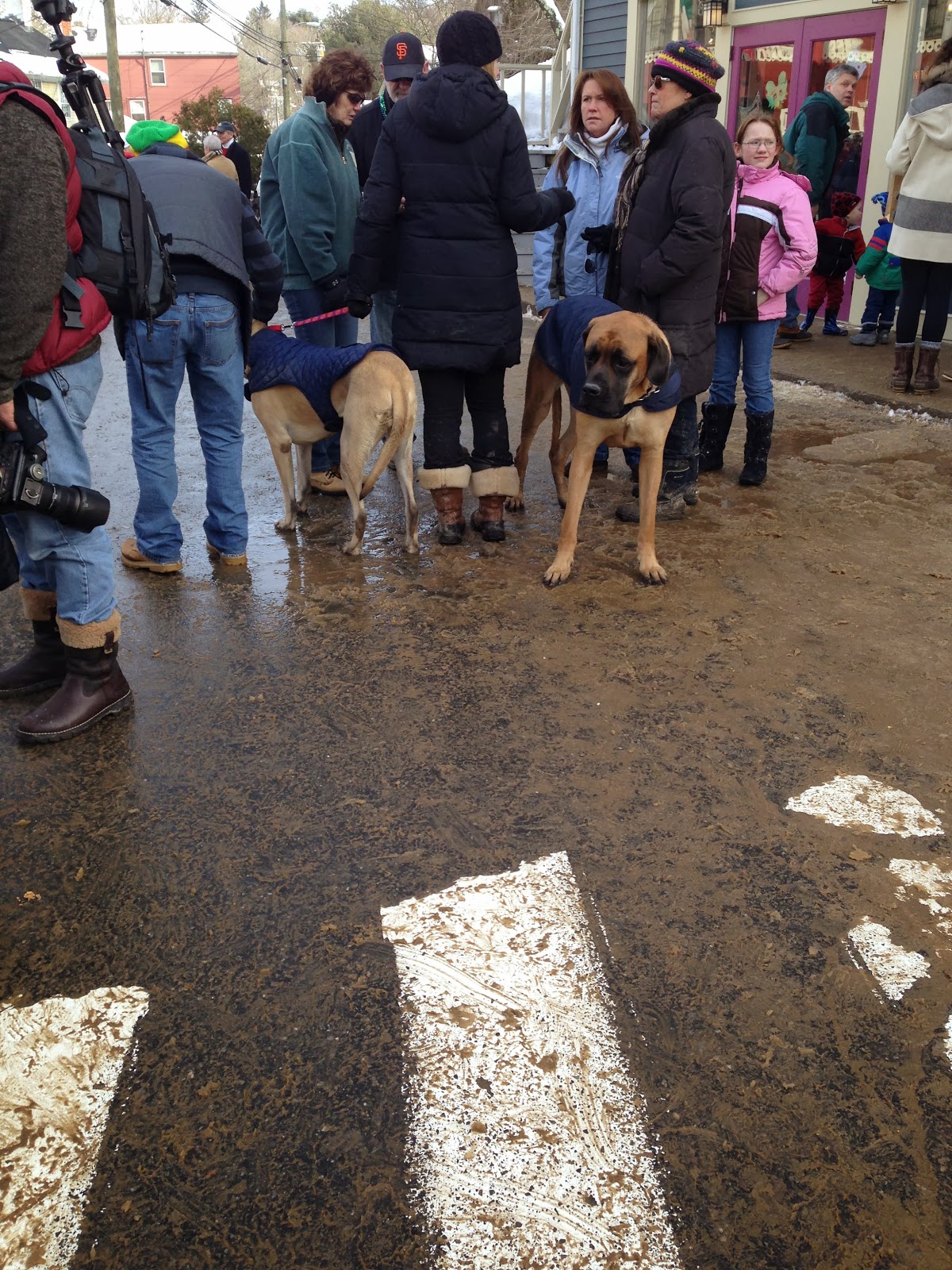 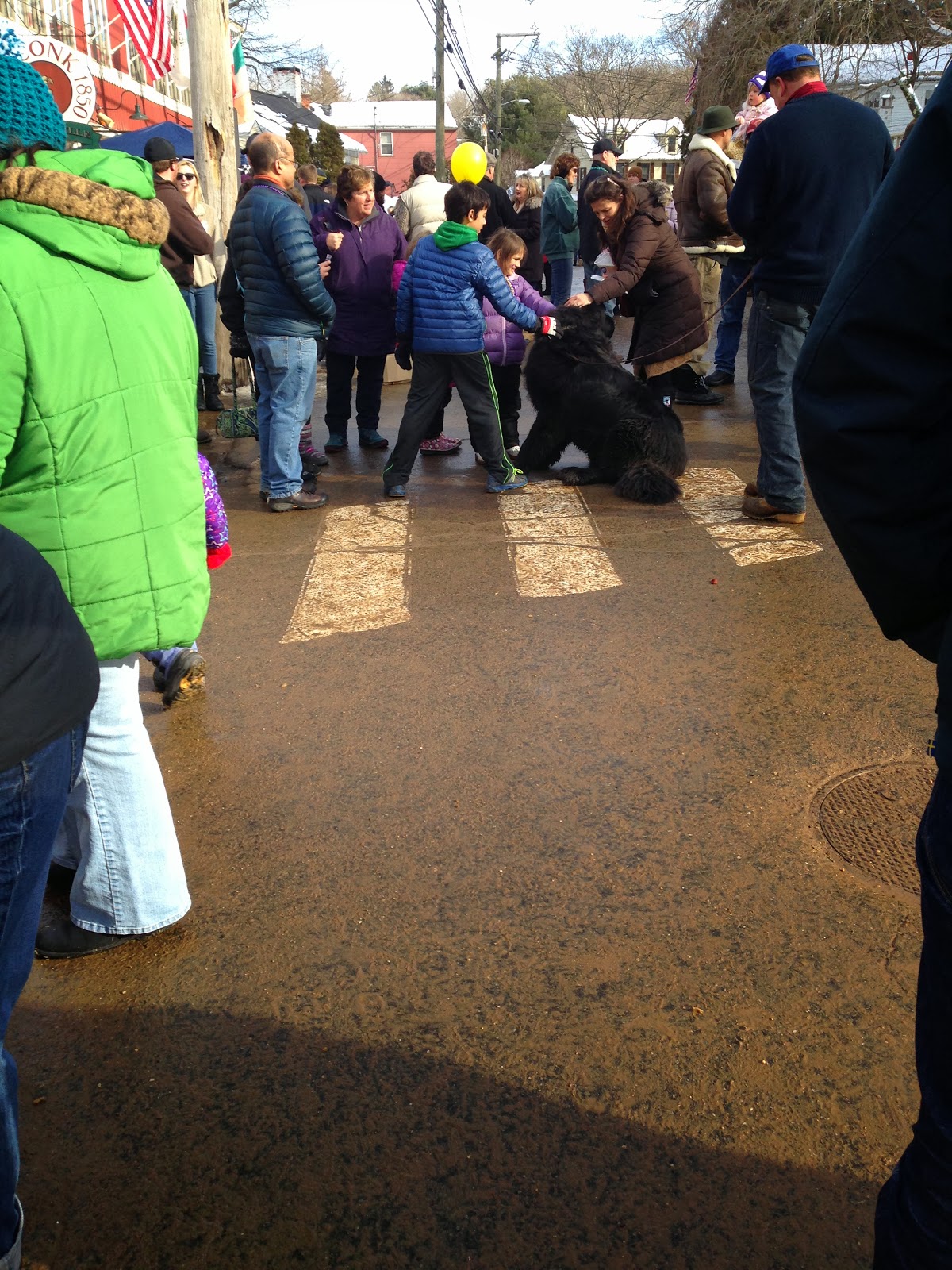 Have you ever seen so many enormous pooches in one place? I haven't. I love big dogs! Small dogs are best for my lifestyle, but it was fun to meet and play with all of these big guys. The rest of Sunday was spent doing laundry, playing with my doggies, and visiting with my ponies. 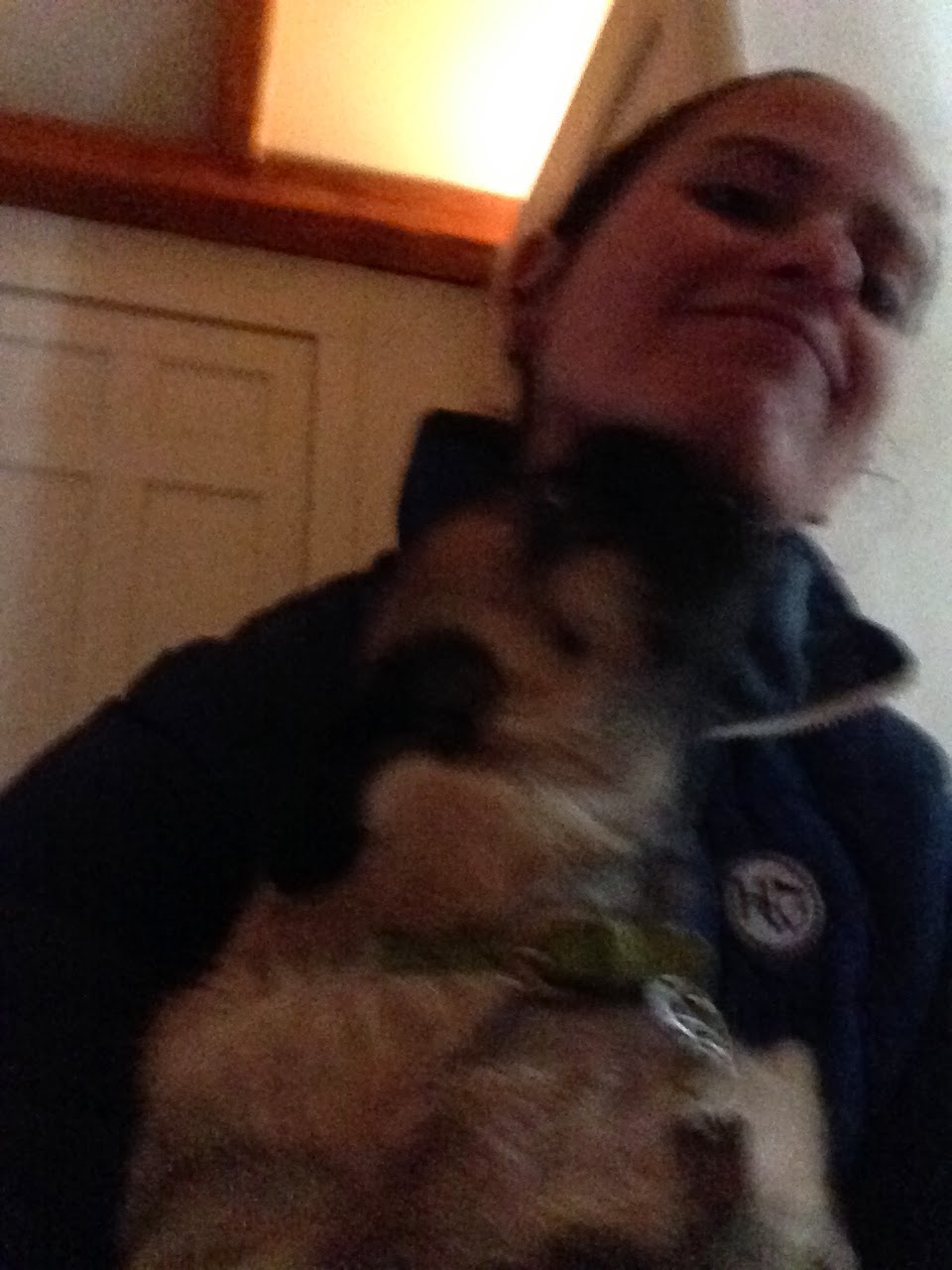 Hope you all had a great weekend too!