It's the middle of January, so obviously Eros has been lame since Friday. Fortunately, I already had him on the schedule to see the vet this coming Friday, so hopefully we'll get it addressed quickly. I'm not really sure what's wrong, there's no swelling or heat anywhere. He's definitely head nodding around the turns tracking right though which is exactly how he presented last year when he did this. I've been sitting on him daily anyway until the vet comes because I want to make sure he's still doing that when the vet arrives. Cause you know horses can be... We're mostly sticking to the walk, but I trot just enough to make sure the nod is still there. Part of me is just used to Eros being off at this point, but part of my is pretty disappointed because I really thought we were about ready to start jumping. Oh well. At least he's ridiculously good looking. 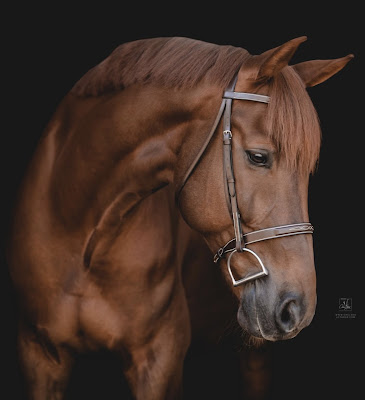 Shiny has been a bit of a challenge this week. She's kind of wild, which doesn't bother me because her wild is really... not. But it's problematic in that she's been a lot more rude toward other horses. Friday I didn't even try to ride her. During my normal ride time for her the barn was having a moms class for all the moms of kids who ride there. It was chaos. Most of them hadn't ridden in years... So clearly, not the ideal time to ride Shiny. (Maybe three of them had reliable steering...) The weekend wasn't much different. I intentionally rode late Saturday to avoid the lessons, but then the ring closed for a little bit for a drag, and then I wound up with only about 20 minutes to ride before the barn closed. Boo. Sunday I planned my ride in between lessons, but so did everyone else. So more chaos. Despite my telling everyone in the ring that Shiny WILL kick them, I still had people riding up her bum and boxing us in all over the place. I finally just gave up and got off. Having a kicker is tough at a busy barn. Since I ride all weekday mornings at 7:30 (with Pammon) I like to start my weekends a little later. But I think I may have to start going early on the weekends too to avoid the crowds. First world problems... Though also, she's getting looked at by the vet Friday too. Hopefully that potential check issue is resolved and she can get a free lunge. I think that would help tremendously with her sass. 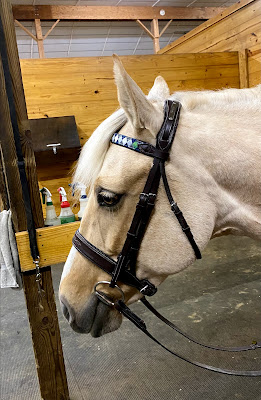 But it's not all bad news around here. Pammon did his first lesson last night! It was just a flat lesson since we're not cleared to jump yet. But we survived the full 45 minutes. Barely. But we did. He came out breathing fire, and though I was terrified, I didn't chicken out. Eventually he got a little tired and I was able to relax a little. The flat lessons are pretty intense. 45 minutes straight with no walking. Lots of transitions and a little lateral work. He was pretty confused by the counter canter, but once he picked it up he held it nicely. He felt good and sound this morning too. It's the hardest ride he's had since getting hurt so you never know... And I was really happy he felt good today. And he was very relaxed with zero spooks! So probably still a little tired. Ha. I'll take it. 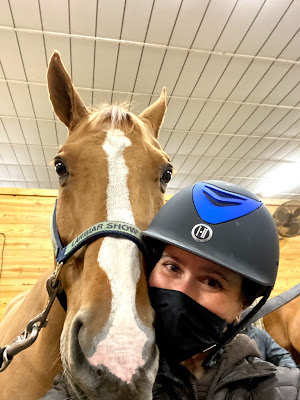 Not too much else to report other than that I've been eating a lot of cheese. 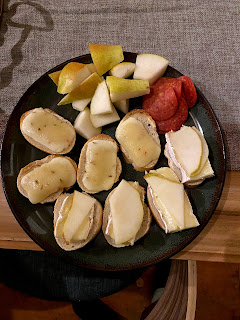 I was really excited to have a Raclette night, but the Raclette maker thingy I ordered arrived with a European plug. The adapter I ordered doesn't fit either... So I had to change my plan and just melted the cheese in the toaster oven. Definitely not the same thing, but still delicious!

Are you all "enjoying" rides on the winter versions of your horses? How many days till spring?