I read a lot from runners, crossfitters, etc about always pushing for more. Always striving to go faster, harder, further. I read this stuff, and sometimes I get irrationally angry. Maybe it's because I don't have that much drive? Maybe because I hate running? Maybe I just hate being told what to do? But then when I really stop and think about it, all of it, the writings, running itself, etc. I realize, maybe I just need a little break. Not necessarily stop running entirely, but a break from it being something I HAVE to do.  A break from feeling like I have to keep up with everyone else. Everyone who can run faster than me. Everyone who's ten years younger than me. Everyone who's been running ten years longer than I have. Everyone who actually ENJOYS running. Yep all of them.
So this past week, I didn't run. I ran Saturday (a week ago today) 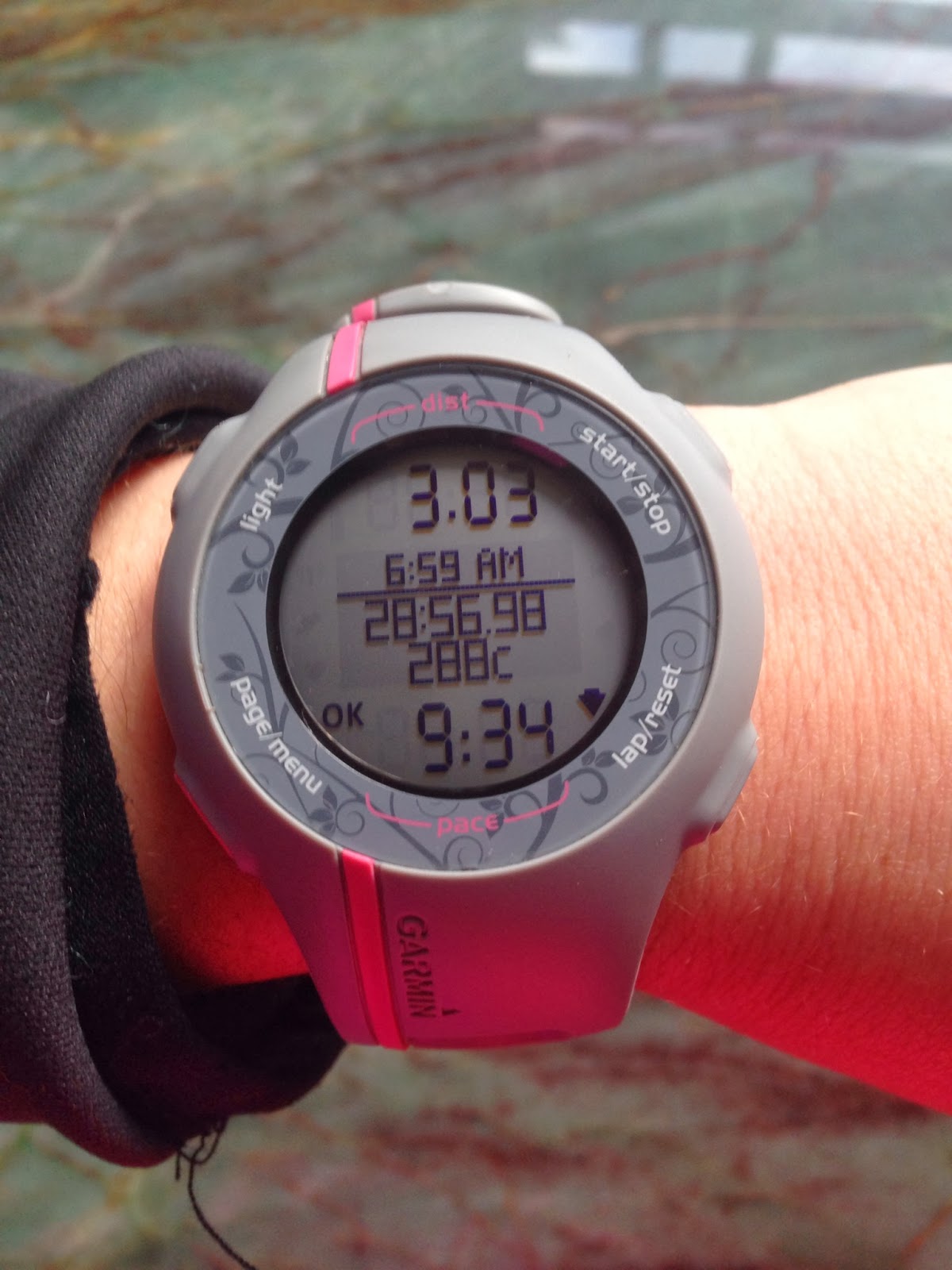 and then did not lace up my shoes for 7 whole days. That's right! SEVEN DAYS! It wasn't planned. But for some reason, I could not drag my lazy self out of bed this week. Not one morning did I awaken before 6:30 to get my run in. Not for lack of trying either. Every single morning I set my four alarms. (Yes seriously, four of them. I'm not a morning person.) And every morning I did not get up. Monday I thought it was pouring. Although I'm not entirely sure it was. Tuesday was below my cold allowance (less than 30 degrees). Wed my dog snuggled up and cuddled with me. How do you get up then?! You don't. And by Thursday, I was like, eh.. I'll just wait till the weekend. Now, I also have a gym membership. But the thought of going to the gym was even less appealing than getting up early. So I didn't do that either.
It's even been tough for me to want to ride the horses. I LOVE riding horses. Most of the time anyway. But this time of year it's not easy. When I get out of work it's dark out. It's cold. And the deer are wandering around the back of the property. It's been quite windy too. All of these things make for very fresh, and mildly terrified, equine partners. Not much gets accomplished. The entire ride is spent first trying to keep the horse's attention, and secondly trying to stay on since step one is rarely fully achieved. By 9 PM when they've all been ridden, fed, and tucked in for the night, I am exhausted and hungry. And it's still cold and dark out. Booo.
This week I rode Monday, didn't ride Tuesday or Wednesday. Thursday I lunged them all figuring Friday would be warm enough to ride, but they'd be crazy having not worked for so many days. 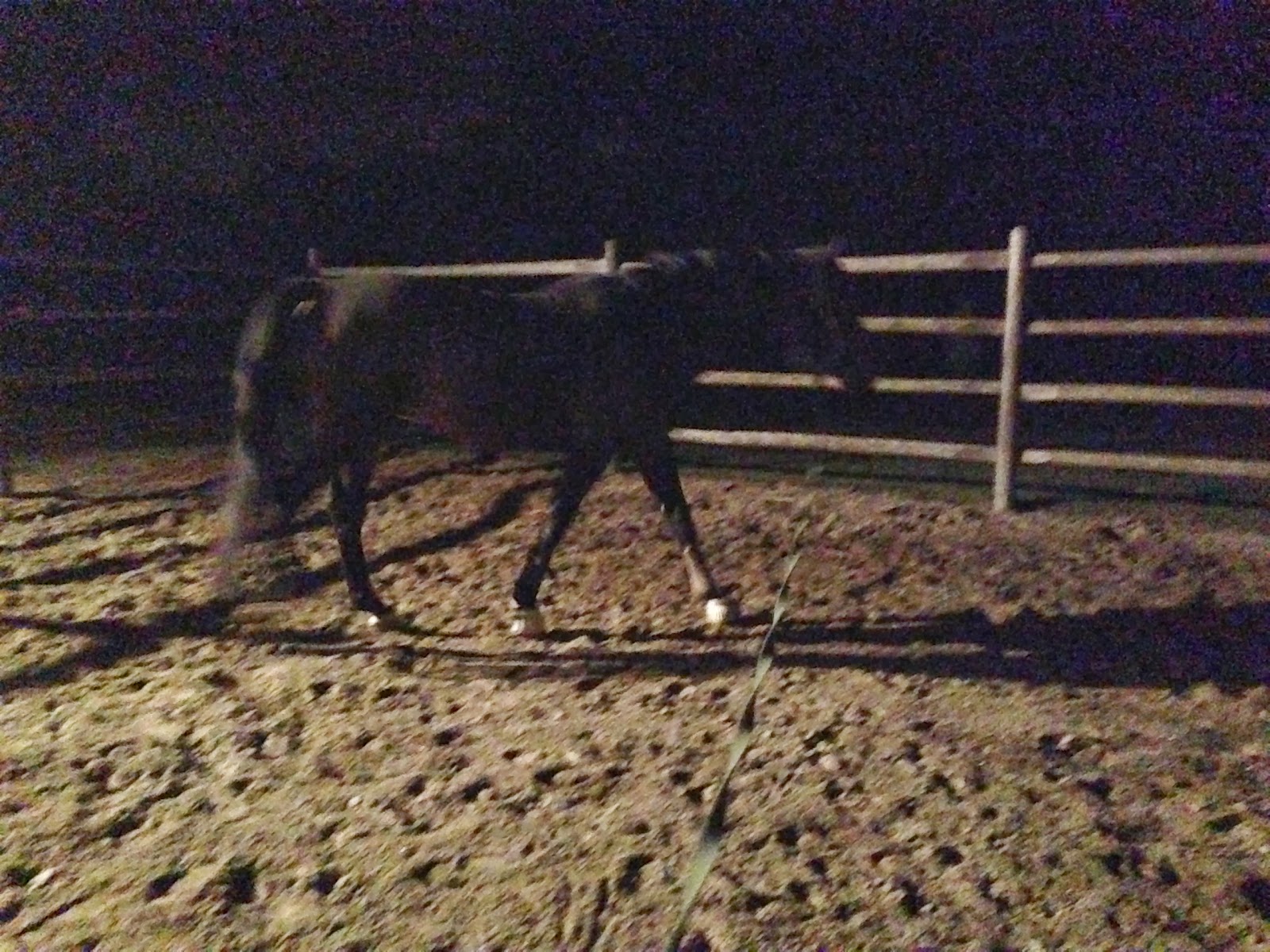 It was a good choice since they were all semi well behaved Friday evening. As in no one died, and I stayed on. Success for a cold, dark, windy night.
Which brings us to to today. Break time's over day. Because I don't have to work, it's light out, and moderately warm. Of course it's windy... but you can't have it all! My helper took care of cleaning the barn for me this morning, so I slept in till 8. It was glorious! I decided to be a responsible runner and fuel up properly. So I made some breakfast: 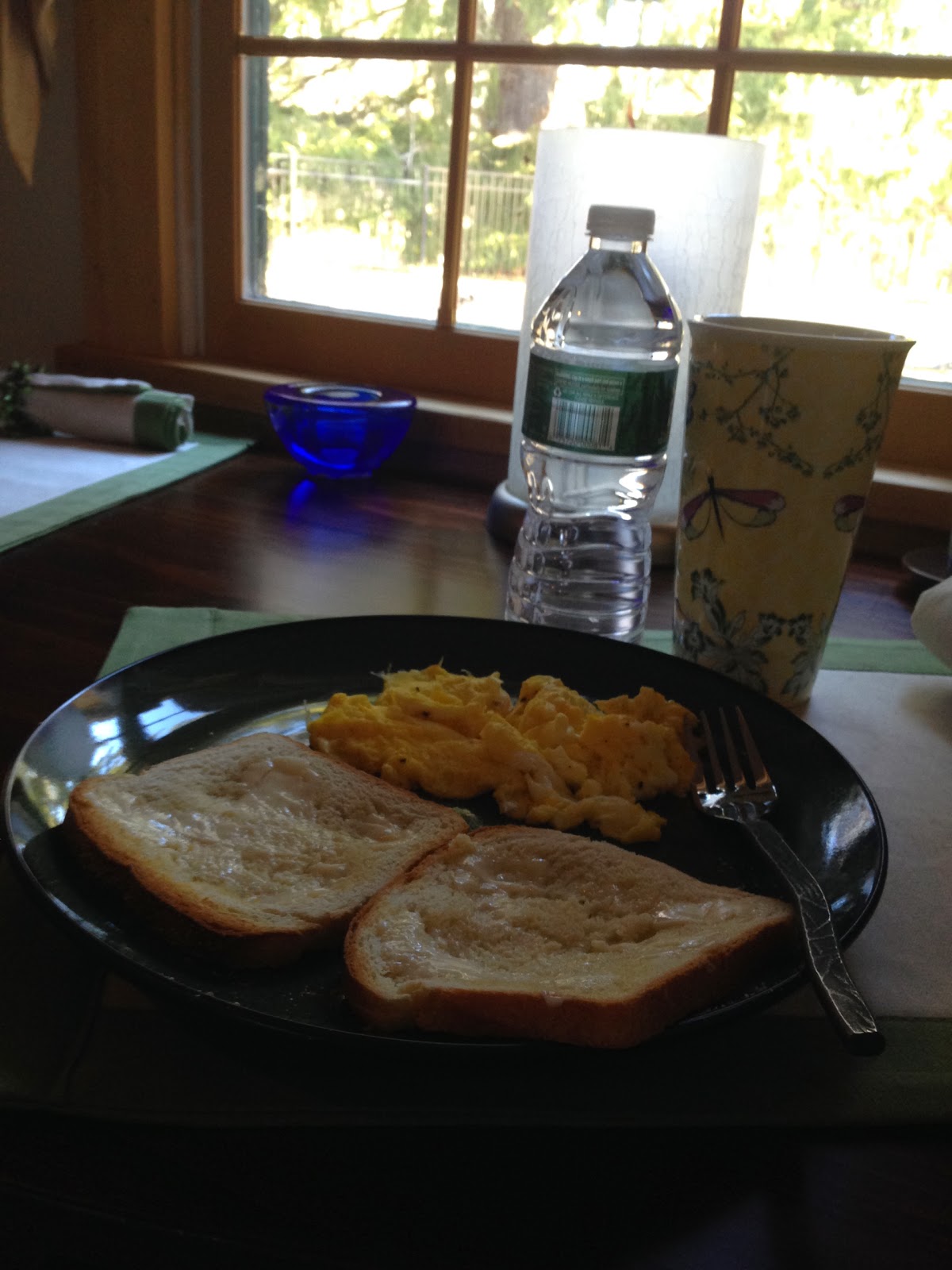 I then put on my winter running clothes. And whined inwardly about how badly I didn't want to go. I reasoned with myself though saying that once I got it over with I didn't have to do it again till Tuesday. That was inspiring! So off I went. It turned out to be a rather nice run. I decided to just keep a comfortable pace (slow) and try to enjoy it. The sun was shining and really despite the wind, it was a gorgeous day. Oddly enough, the 3 miles passed quickly. I felt pretty good even! When I looked at my watch and saw this: 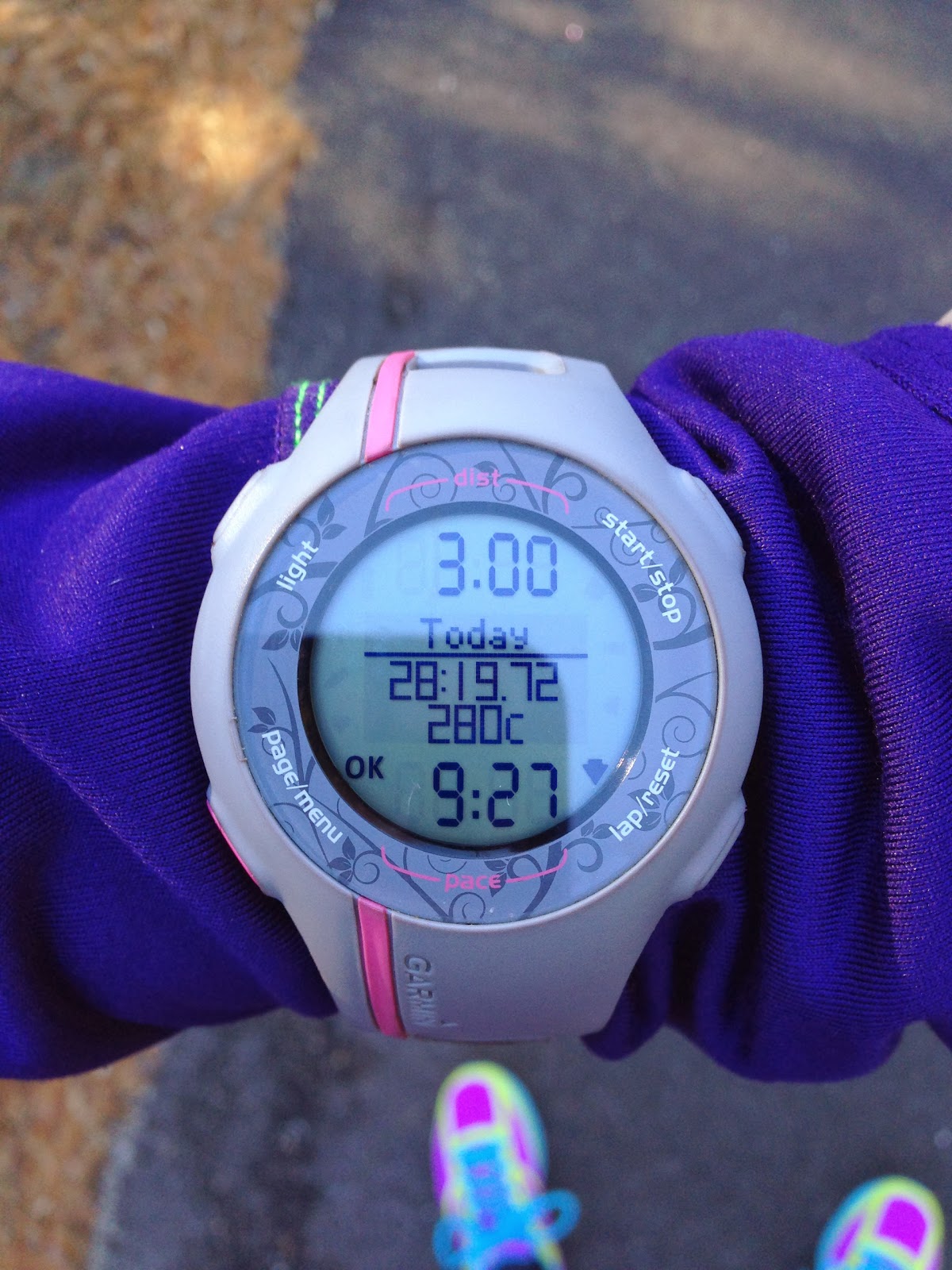 Fastest three I've run since the cold weather arrived. Weird right? And this my friends, is why sometimes a break will serve you well. Even a short one.


Do you all take a break from time to time? Be it running, the job, or maybe even the family?
Posted by Stacie Seidman at 12:42 PM