Because running 13.1 miles on a Saturday isn't enough... 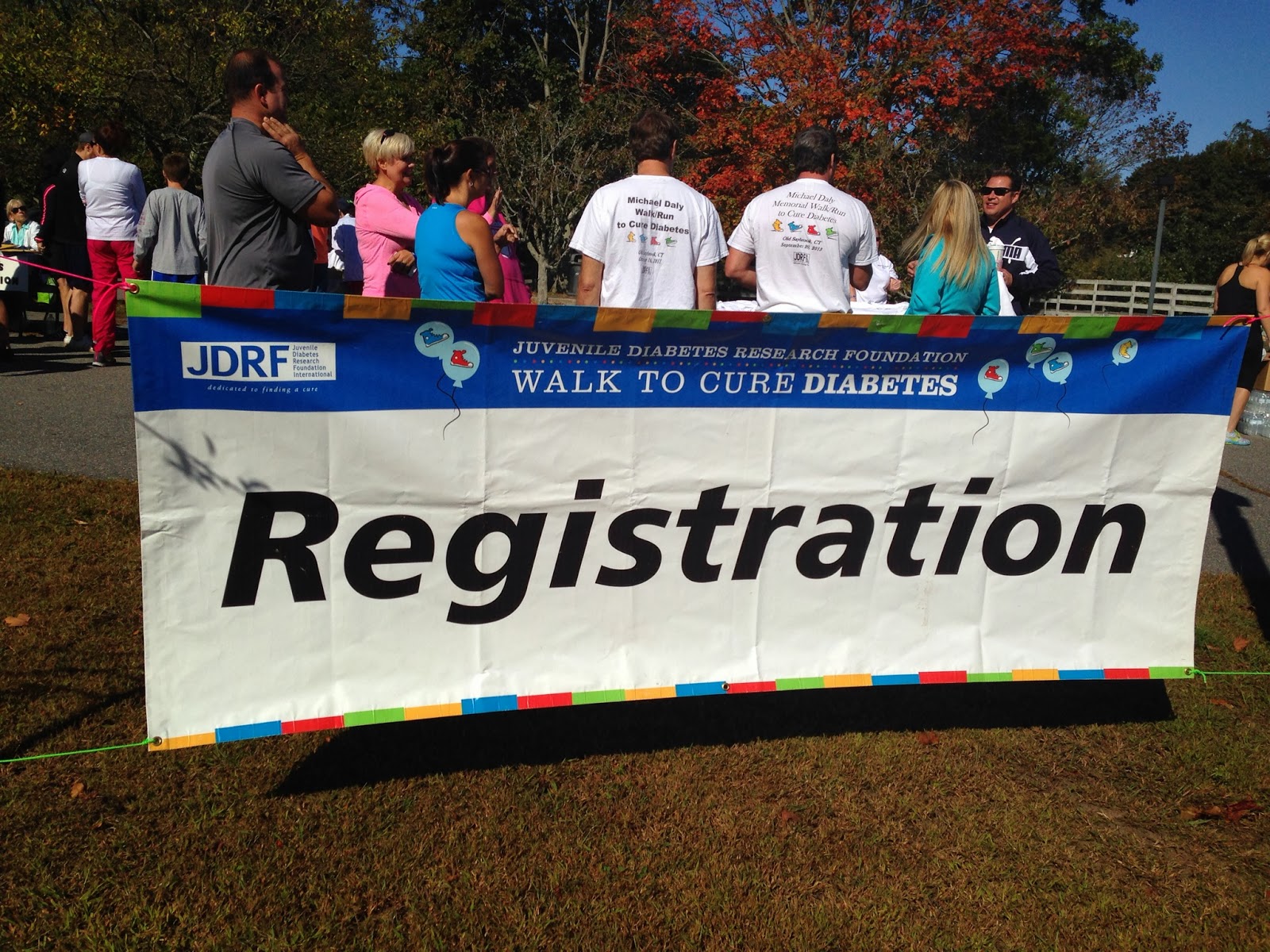 After my half marathon weekend before last, all I really wanted was a nice relaxing Sunday.... But we all know schedules rarely work out the way we'd hope! So that Sunday, the day after my half, I ran the Michael Daly Memorial 5K run/walk. I was a little worried how the stems would feel about such a crazy idea (I almost never run two days in a row). Fortunately, they were pretty game!
Michael Daly, the namesake of the race, was a coworker and friend of mine. He passed away a few years ago, and the event was created to raise money for the Juvenile Diabetes Research Foundation (JDRF). Michael suffered from Diabetes which was a factor in his passing at the far too young age of 34. I didn't want to skip it for obvious reasons, but also because it's likely the last year the race will be held. I must pause here to give a big shout and thank you to all who supported my run this year. I raised $225, and the event as a whole finished up with over $14,500.00. Not bad!
Michael Daly was the biggest Yankee fan I know. In his honor, I wore my Yankees finest for the run! 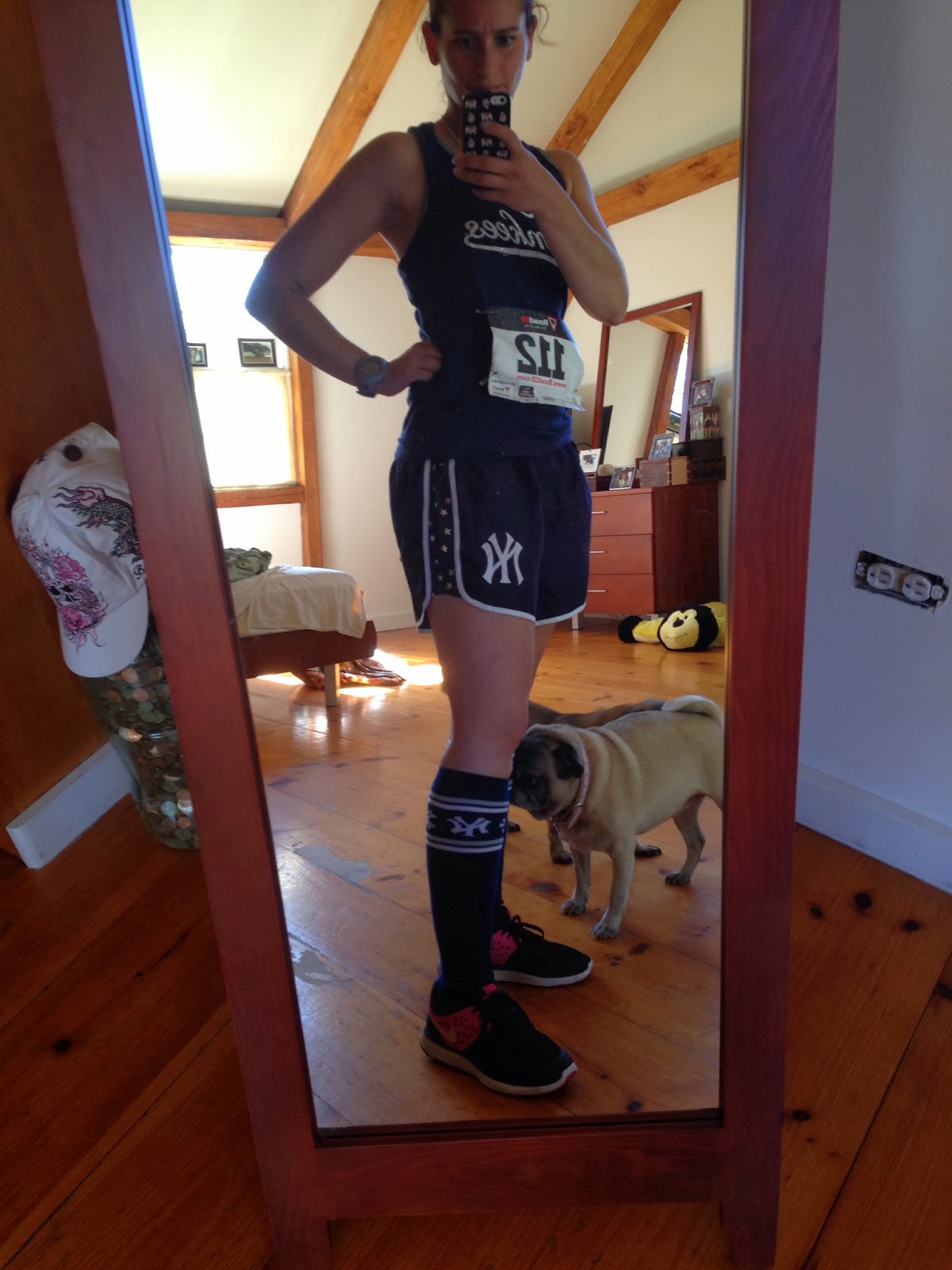 So anyway, back to the race. I lined up expecting a good 34 min run... But the stems were actually pretty excited for the very flat route. Check it out: 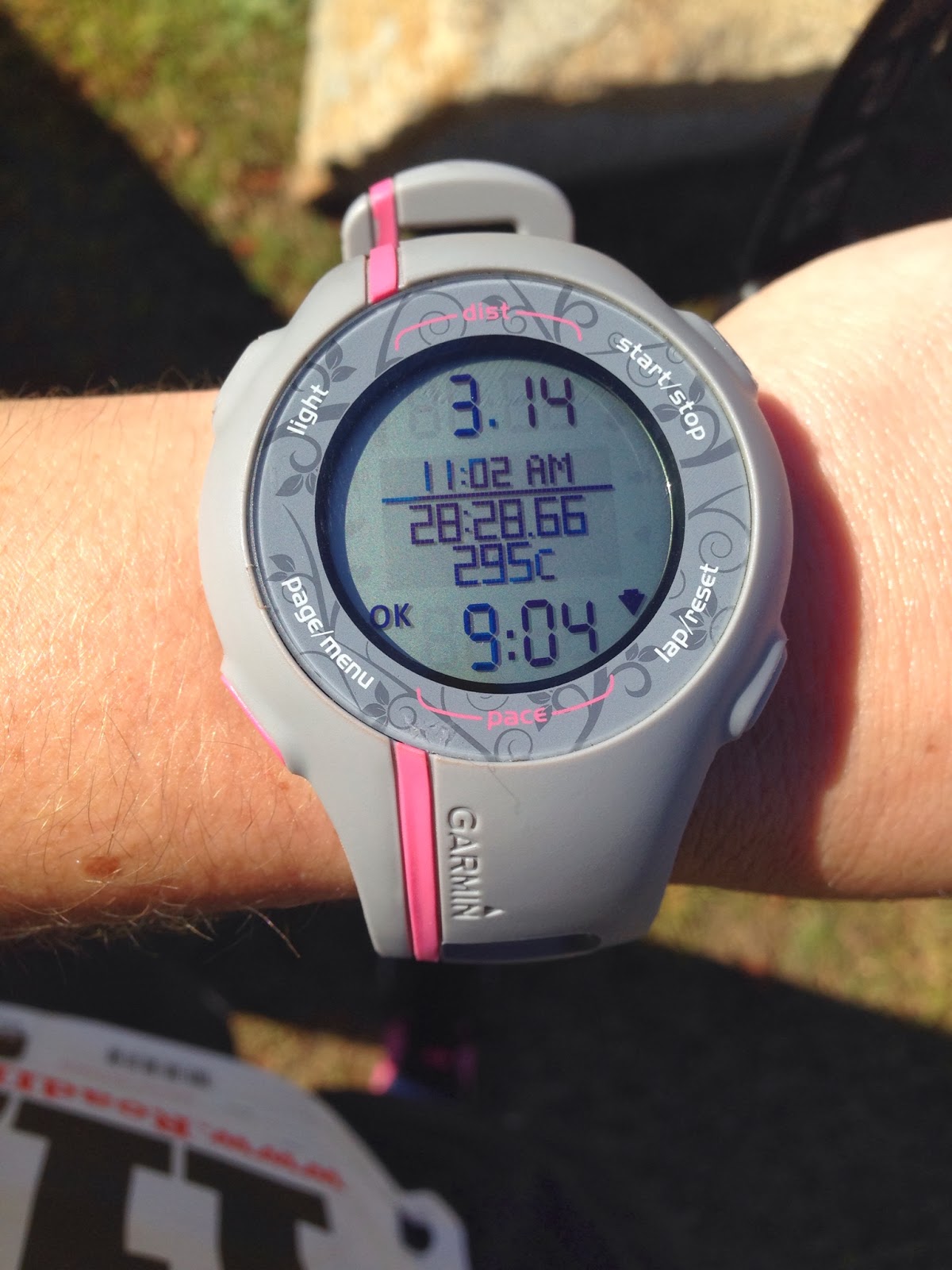 Whoa right?!  Fastest 5K since May! I was proud of me.
After all that running that weekend, I took a little break to catch up on real life and sleep. I met the girls this morning for a run to get back in the groove.... Unfortunately, about a mile in, I tripped over a groove (see what I did there?) and was sidelined for the rest of the run. The older I get, the harder I fall! But I expect to be back at it Thursday morning!
Did any of you get some running in? I hope you stayed upright!
Posted by Stacie Seidman at 4:45 PM