It's springtime here in New England, so that means, well, absolutely nothing. It's still below freezing every morning and barely gets to mid 40's by the afternoon. Lovely.
That said, let's talk about springtime activities! We'll start with running. Running is hard when it's cold out. Some people love it. I think it's a little awful. Your muscles get tight while waiting to start. Your lungs scream as you suck in that sharp, damp, cold air. You start out with not nearly enough layers, and then about half way through you wish you'd worn 3 less. Ugh cold weather is not for me. So of course that's when I do most of my running.
Last weekend I ran the New York City Half Marathon.

I had expectations of it being in the 40's or 50's when I signed up months ago. My last two long training runs, nice and balmy at around 45 degrees. I was ready! And then race day... I stayed in the city that night, called a car to take me to the start since I don't really know my way around that well. I (wrongly) assumed that the driver would know how to get to Central Park. He did not. Nor had he ever heard of it. "Center Park?" "No. Central Park" "Like this, "C-E-N-T-E-R P-A-R-K?" NO! Ugh. Thankfully he handed the GPS to me to program. He nearly crashed the car twice. Oh did I mention it was only 3 blocks away?
So we had to be in the corrals by 7 for a 7:30 start time. It was about 28 degrees. Brrr. So brrrrr. Of course being the slow runner I am, I was in the 17th corral. I crossed the start line at 22 min 22 seconds after the gun. That's a long time to be freezing before running 13.1 miles. Next time, I'm buying cheap sweats and wearing them until I get to the actual start. All that being frozen made for a tough first few miles. Normally I start out fast(ish), and then slow down. That day, nothing fast happened. It took about 2 miles for my frozen toes to thaw out. The loop through Central Park was pretty uneventful once I'd defrosted. Some hills, but nothing unreasonable. Then we ran through Times Square which was pretty amazing. Next we ran about 4 and half miles on concrete. Ouch. Shin splints and some weird pain on the outside of my right lower leg. It was also along the water, so there was a lovely ice cold breeze. Ugh again. But being so close to finishing you try to ignore all of that. Through the FDR tunnel (asphalt, yay!) and then up a little hill toward the finish. Here I saw the clock... if I could push just a little harder here, I would get a new PR! So I said to myself, "Don't be a little B*&(*, let's PR this thing." I finished at 2 hours 9 minutes, and 8 seconds. One minute, 30 seconds faster than my last one. Not as fast as I'd hoped based on my training, but given the conditions, I was really proud. 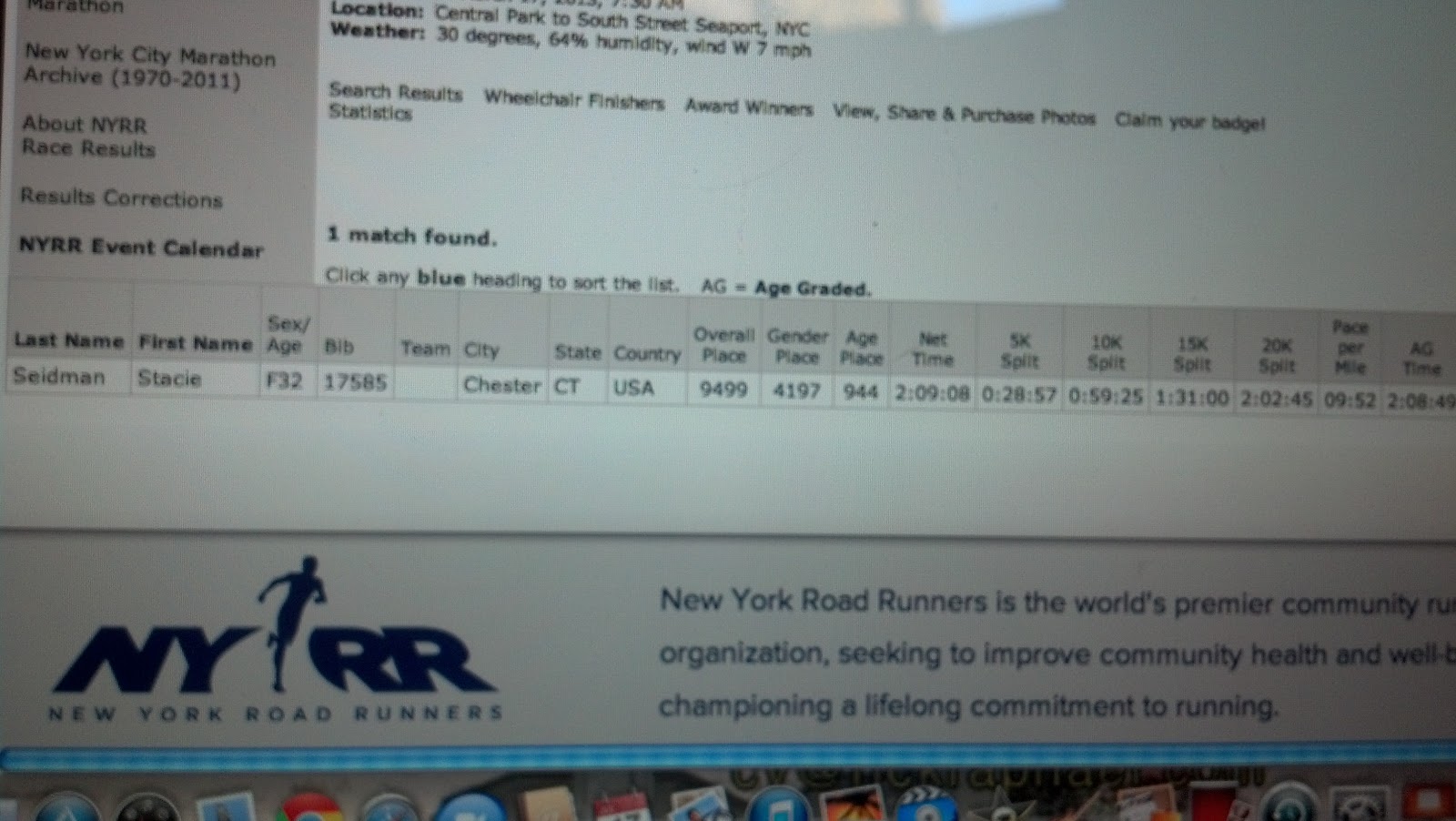 Yesterday I ran the 5K to benefit the Sandy Hook families. Normally I would take a week off from running after a half, but this was such a great cause I really felt like I needed to run it.

I thought for sure it would be warmer than last weekend, especially since it started later in the day. But instead it was snow flurrying the whole morning. <<Sigh>> But coming off that half, I was feeling pretty cocky. I thought, "I really want to run this fast, it's only 3 miles." So I did! My previous best time for a 5K was 27:36. Which was tough for me, I really had to work the whole time. But this one felt great! I tried to keep up with my fast friend the first mile and I did, but then she got faster and I got a little slower. I finished in 26:36. Woohoo! Also, I finished 2 seconds faster than the Governor. No big deal. 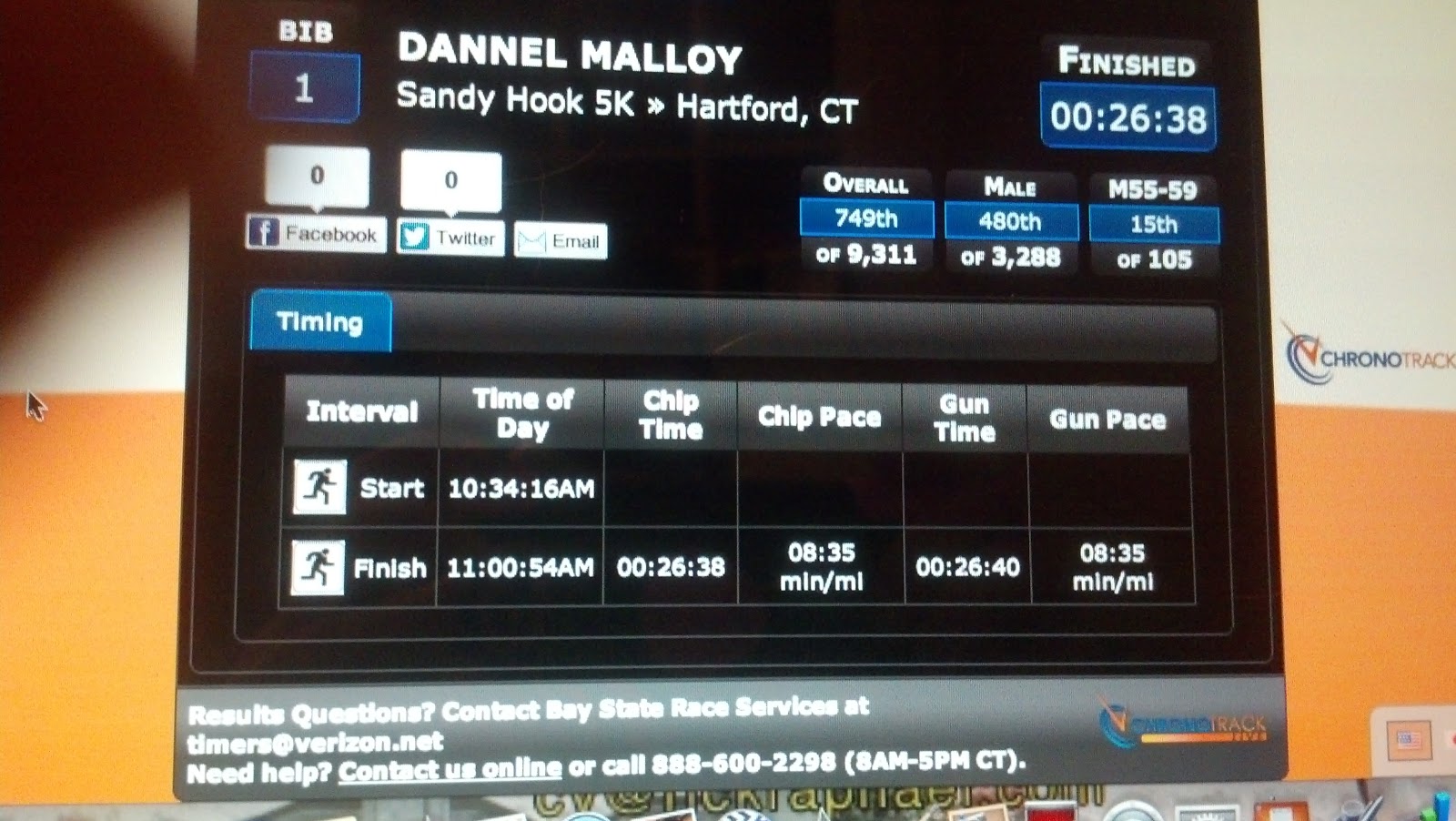 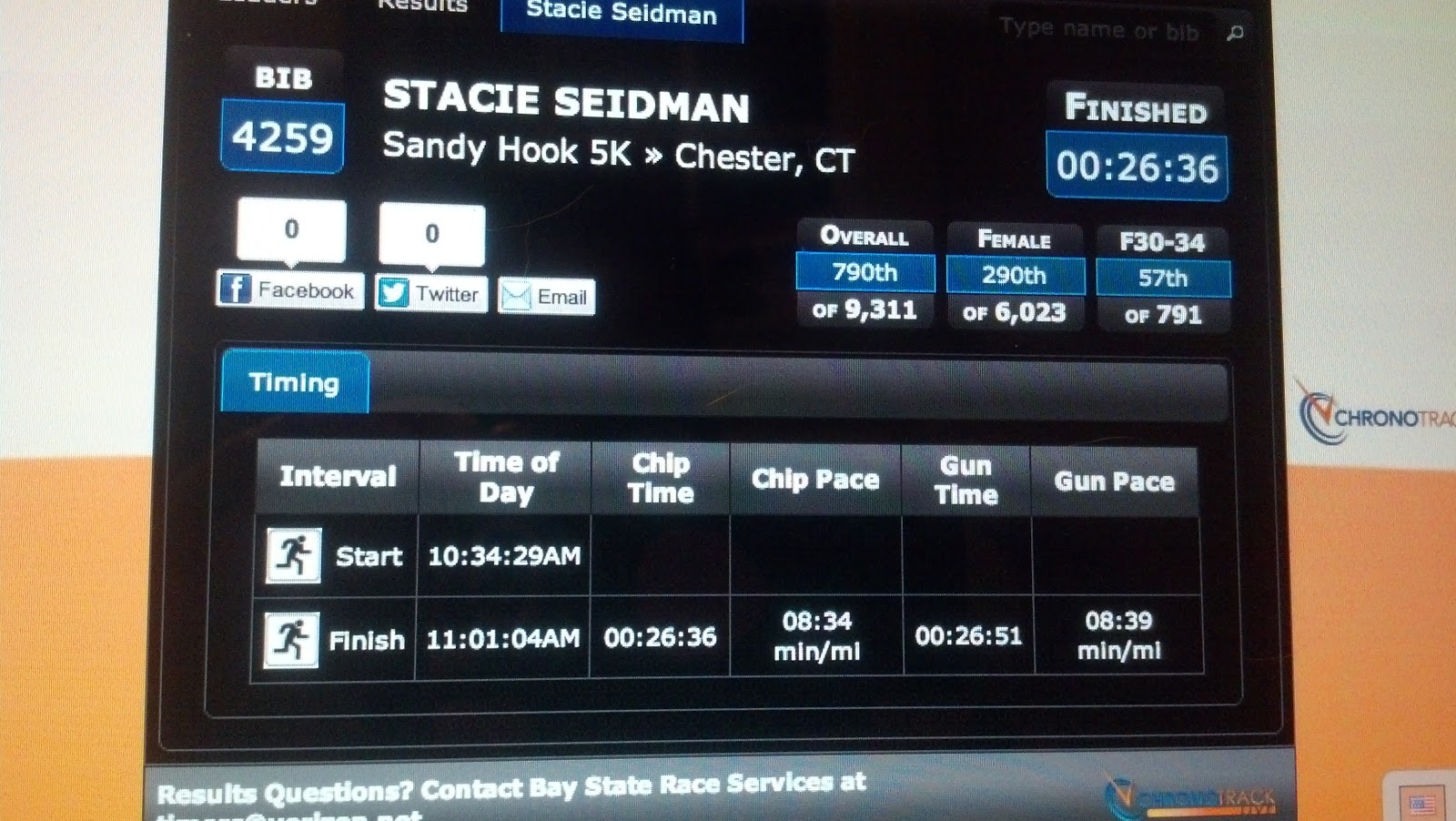 This post turned out quite lengthy. So we'll save other springtime activities for next time. I'm off to clean some poo and play with my ponies. Enjoy your Sunday!

Posted by Stacie Seidman at 9:58 AM